Frenchman wins gruelling race after 80 days thanks to time correction, despite being third skipper to cross the finish line 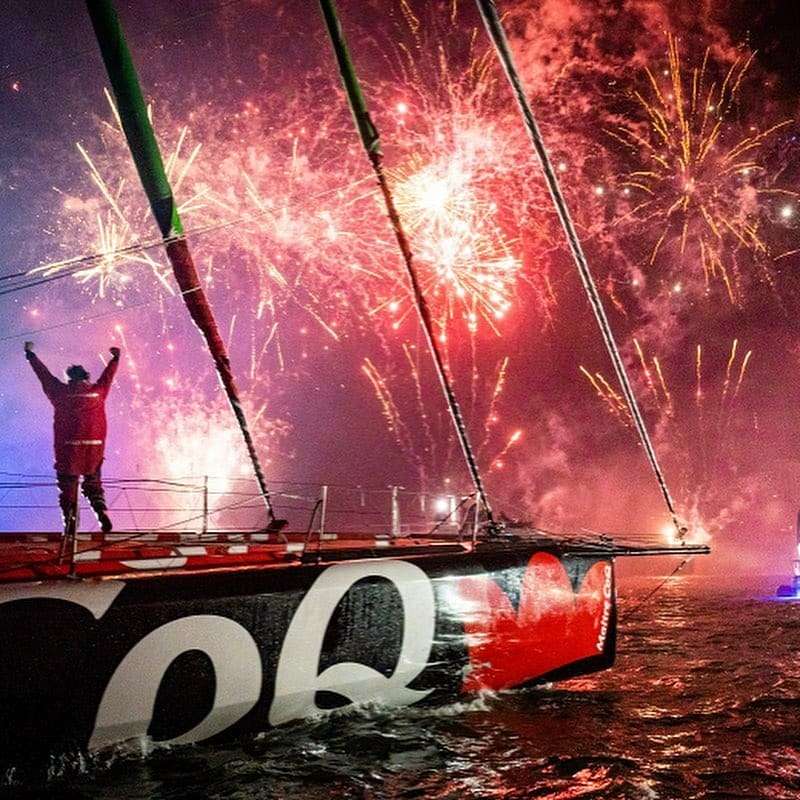 Yannick Bestaven, the 48-year-old French skipper of Maître Coq IV, is the overall winner of the ninth edition of the Vendée Globe.

Although he actually took the gun for third place off Les Sables d’Olonne, France at 3:19am local time on Thursday morning, Bestaven carried a time compensation of 10 hours and 15 minutes, awarded by an international jury for his role in the search and rescue of fellow competitor Kevin Escoffier. Bestaven therefore takes victory 2hrs 31mins 01secs ahead of Charlie Dalin and 6hrs 40mins 26secs of Louis Burton, who both finished ahead of him and take second and third respectively. 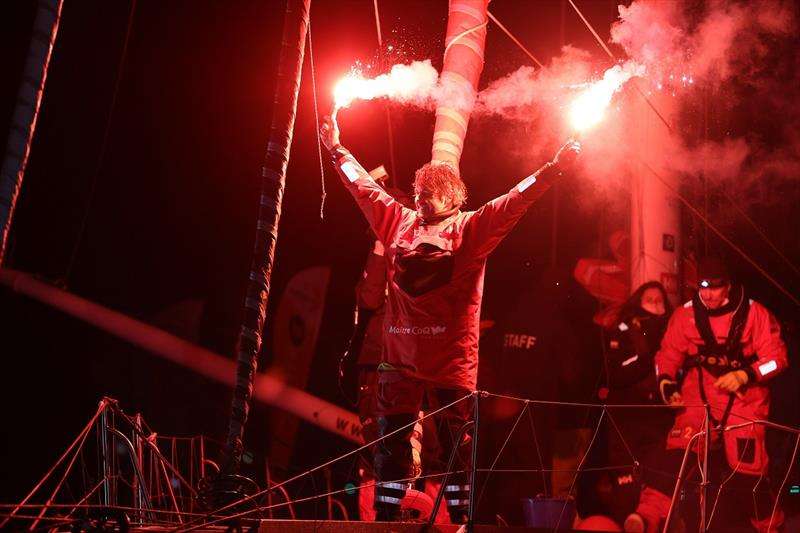 It has been the closest, most competitive race finish in history, with the first three skippers crossing the line in less than eight hours.

On the pontoon after arrival, Bestaven turned to Charlie Dalin and said: “There are two winners on this Vendée Globe.”

In an interview held shortly afterwards, Bestaven referred to his win as ‘living a dream’.

“I feel like I’m living a dream, hallucinating. You go from total solitude to this, to this party, to these lights, these people who are there despite the complicated context, I don’t realise what’s going on. I’m still in my race. It’s a child’s dream.

“The north of the Bay of Biscay was the best option for my boat and the sails I had left. I had to go and find the two low-pressure fronts. It wasn’t good to be the first in this Vendée Globe. But I managed to pull myself together and regain some ground with Charlie (Dalin) enough to make up the time, it was an amazing regatta. 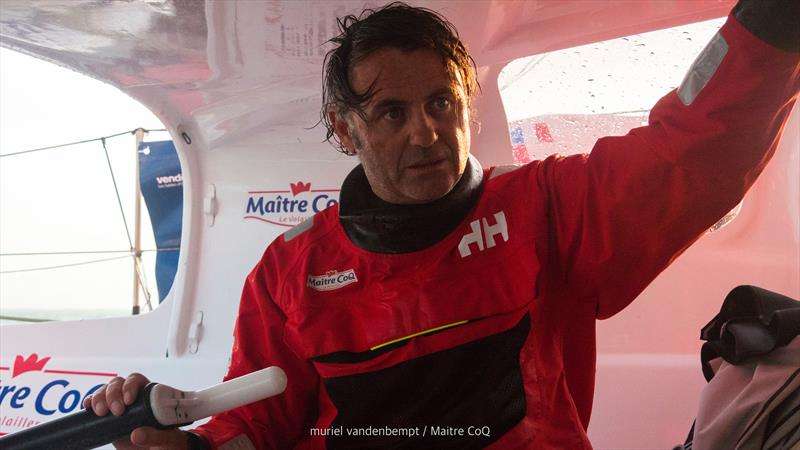 “I always believed I could do it, but in what position? I thought I would win at Cape Horn, but then I thought that if I finished 25th, well then that would be good enough. We prepared a lot for this Vendée Globe, I knew I had a reliable boat and I was able to pull it off.

“The weather conditions meant that it never started from the front, it always bunched up, it was often tight. It has been historic.

You have to look deep down inside yourself. These boats are stressful, noisy, and life on board is difficult. There are also times you feel lonely…

This result is beyond my expectations. I imagined living many things, and I have lived many others. After having fought as I have fought, bringing a victory to Maître CoQ IV is a dream!”

The ninth edition of the race saw a record entry of 33 skippers and has been marked by complicated weather patterns for both the descent down and the ascent back up the South Atlantic, including regrouping of the leading pack in a persistent period of light winds early in the Pacific, and again off Rio de Janeiro, Brazil.

Difficult, short, crossed sea conditions in the Indian Ocean meant the newest, most powerful latest generation foilers could not sail to their full speed potential. And two of them, Thomas Ruyant’s LinkedOut and Charlie Dalin’s Apivia both suffered different damage to their foil systems which compromised their speed potential on starboard tack. 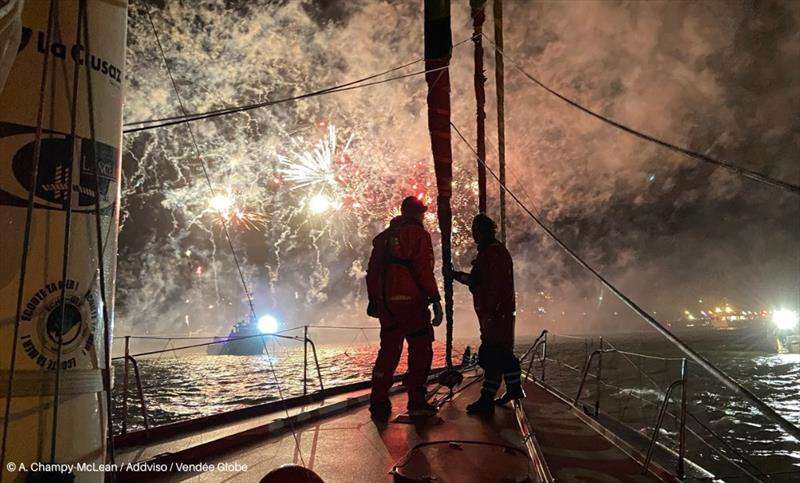 The most dramatic moments of the race came on the 22nd day of racing, November 30th when PRB, the IMOCA of third-placed Kevin Escoffier broke up suddenly 640 miles SW of Cape Town.

Escoffier was forced to abandon into his liferaft in minutes. Four skippers were requested to reroute help locate and rescue Escoffier. Although 61-year-old veteran Jean Le Cam was first on the scene and got close to Escoffier it was over 11 hours later when Le Cam was finally able to rescue the stricken skipper from his liferaft.

Germany’s Boris Herrman was in contention for a podium position until he struck a fishing boat at 90 miles from the finish line. He is bringing his Seaexplorer-Yacht Club de Monaco to the finish at reduced speed.

Japanese skipper Kojiro Shiraishi, who spoke to Asia-Pacific Boating before setting off in the race, is still in contention after suffering a ripped mainsail in the early stages. He has recently crossed the equator, and has under 3,100 nm remaining to completion.