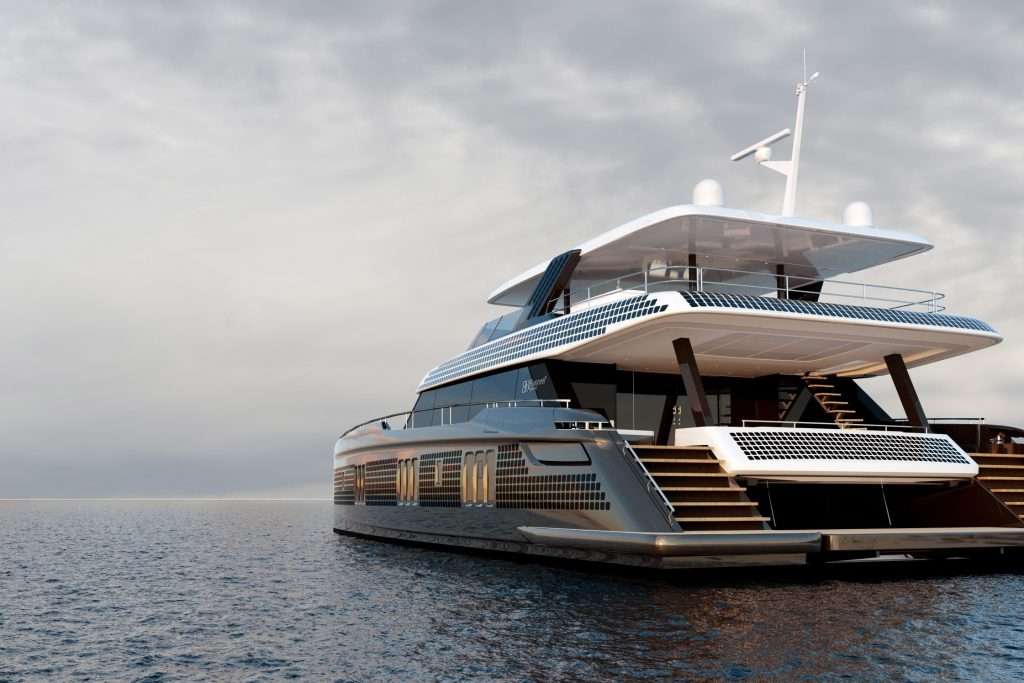 Sunreef Yachts has revealed the first images of its new ultra-thin solar cells. The company says it is the yachting industry’s first composite-integrated photovoltaic technology, where the PV cells are built into the fibreglass structure of the yacht. 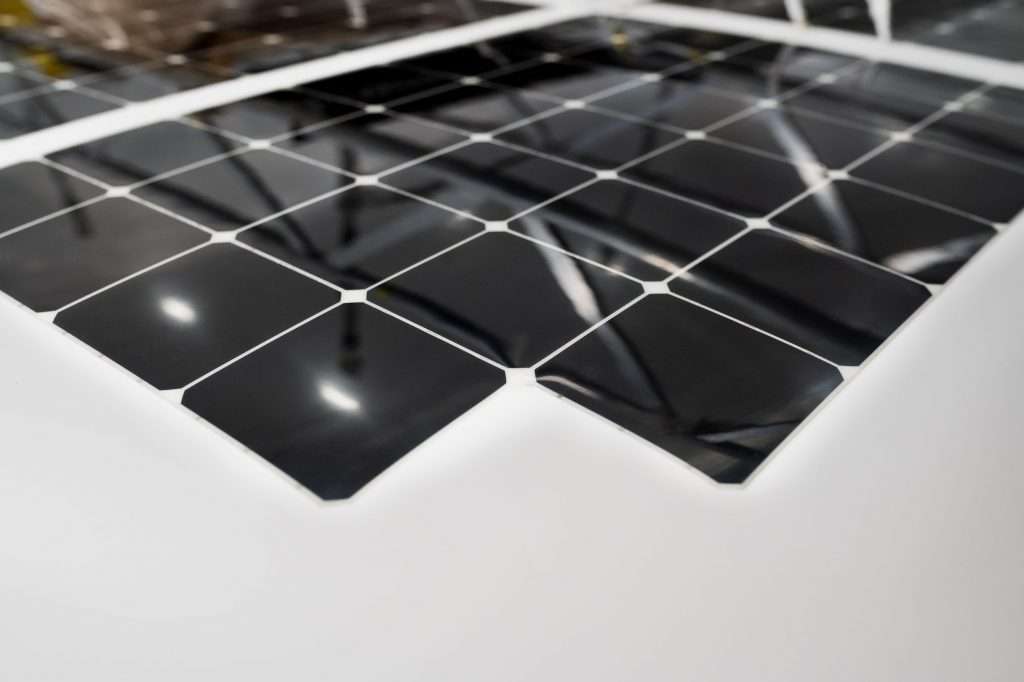 The shipyard’s solar power system is currently being integrated on both power and sail catamarans within the Sunreef Yachts’ Eco range of luxury catamarans. The panels are flush with all curved composite structures including masts, hull sides and biminis. The ability to integrated the photovoltaic cells within structures allows the boat to maximise solar power production. 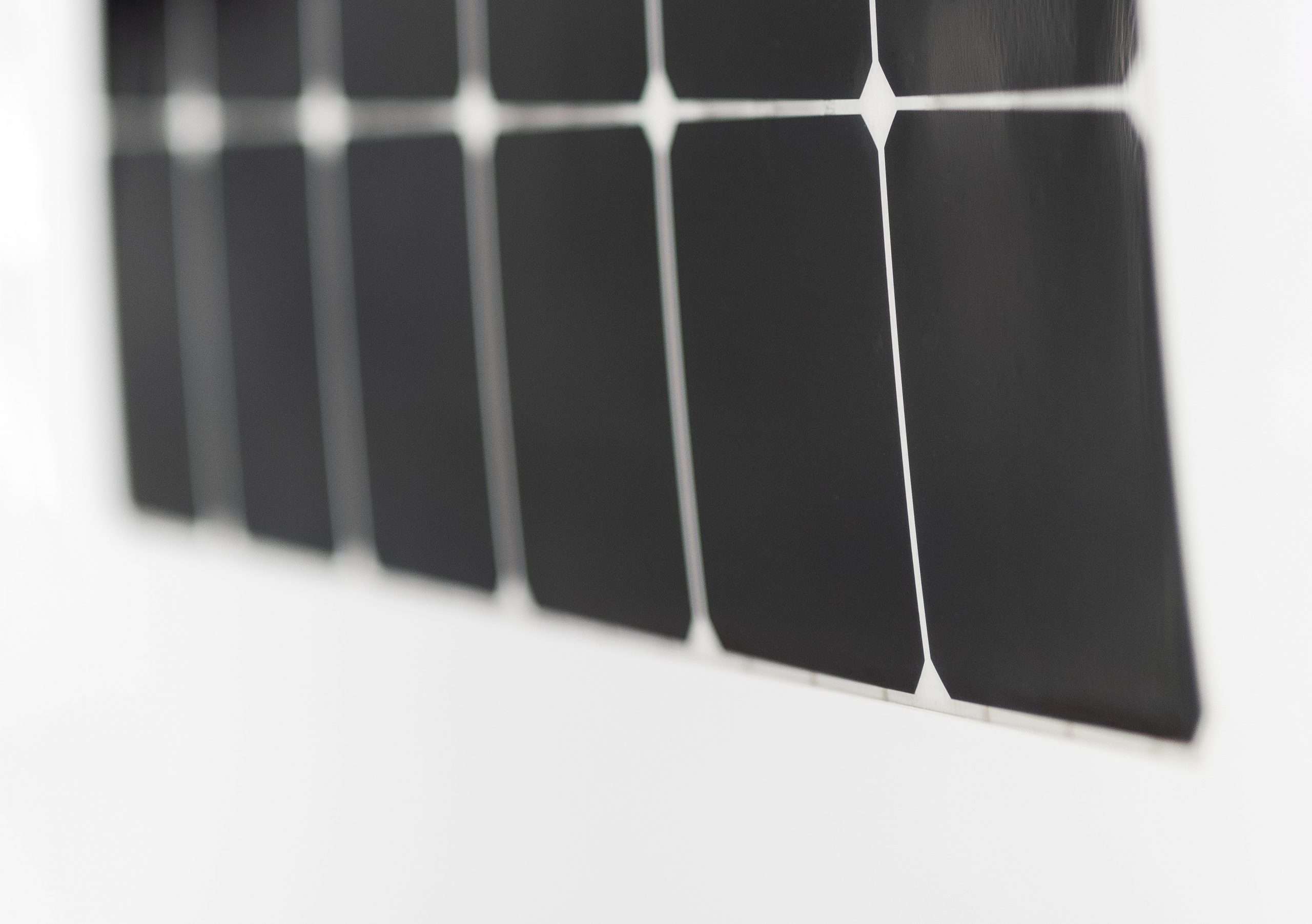 The ultra-thin PV cells allow for solar power to be generated from curved, composite surfaces

Sunreef says that the PV cells, developed and built in-house by Sunreef, are also shock and abrasion resistant, and highly efficient. 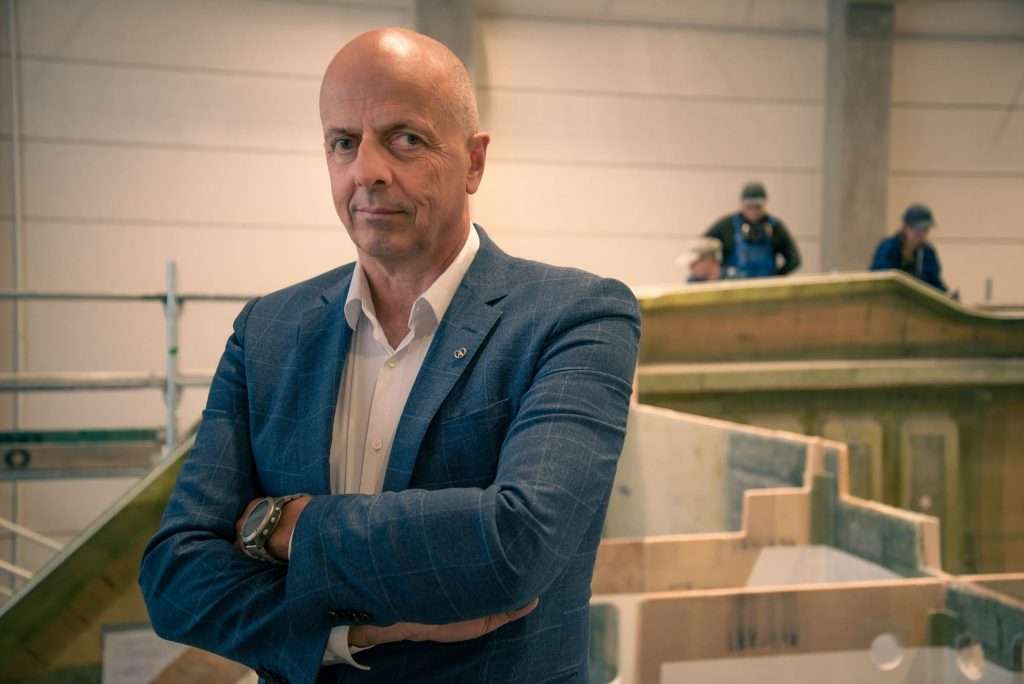 “We reinvented solar panels for yachts,” said Francis Lapp, Sunreef founder and CEO. “Our team has challenged the status quo in marine photovoltaic technology, making solar panels an integral part of the Sunreef Yachts Eco design. This is something unique in the whole yachting world.”

In an interview with Asia-Pacific Boating, Nicolas Lapp, son of Francis Lapp and R&D strategy consultant for Sunreef, said that company’s R&D team had developed a range of clean technologies for yachting in house, and that solar cell production was taking place at the Sunreef shipyard. 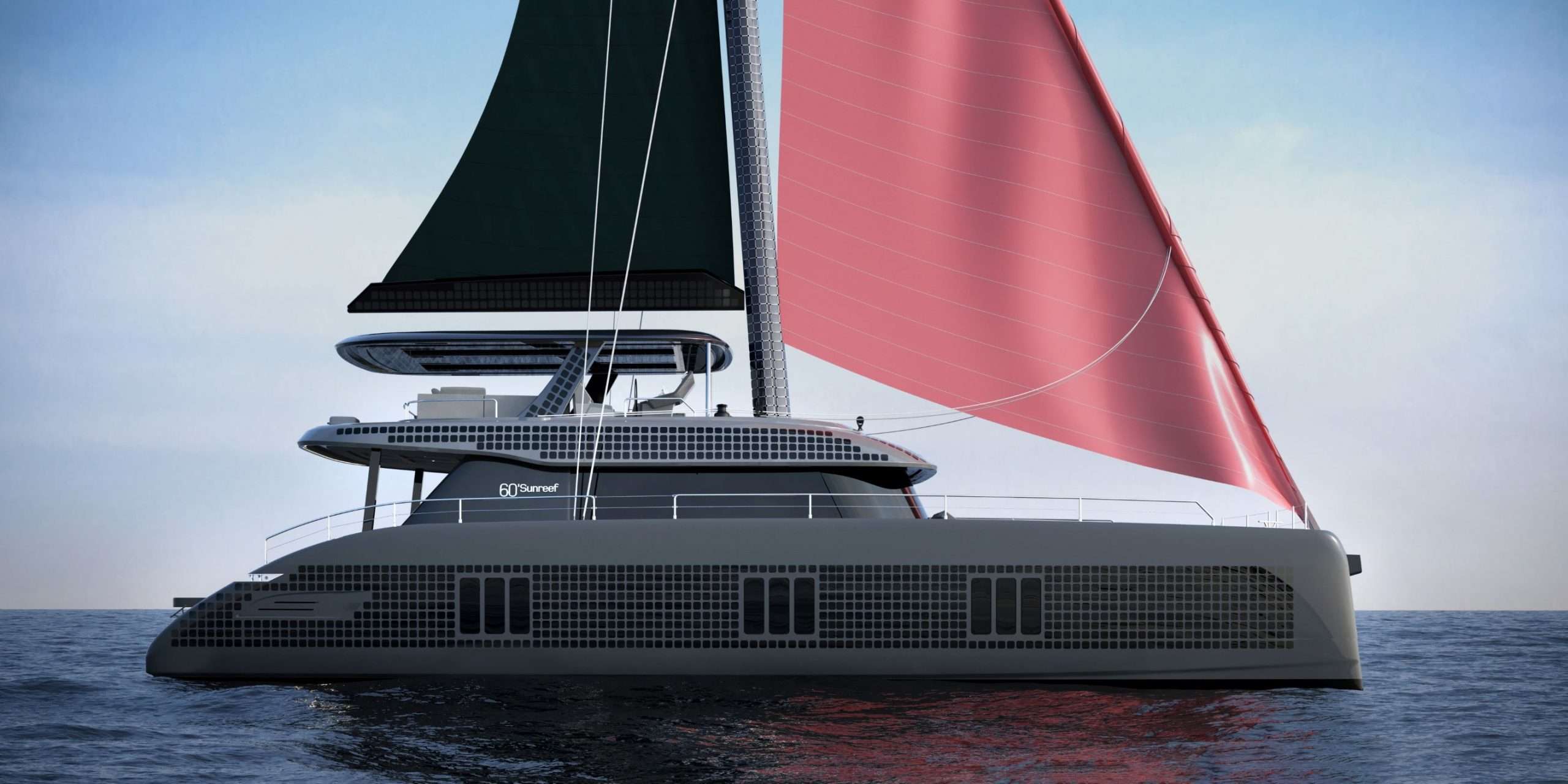 Sunreef now offers an “Eco” version of each yacht in its model line, using the technologies developed by Sunreef. Nicolas Lapp said he expects that within a few years, all Sunreef customers will be buying Eco versions.

Solar power on catamarans has become a hot topic as several yards have tried to use the broad space created by a catamaran to power the hotel load on a yacht or to provide low speed, long-range cruising potential. Over the past decade, the price of solar photovoltaic cells has dropped dramatically, while efficiency has gone up. Meanwhile, the price of batteries, a key component in making solar marine power work, has dropped by about 90% over the past decade, according to a Bloomberg report.