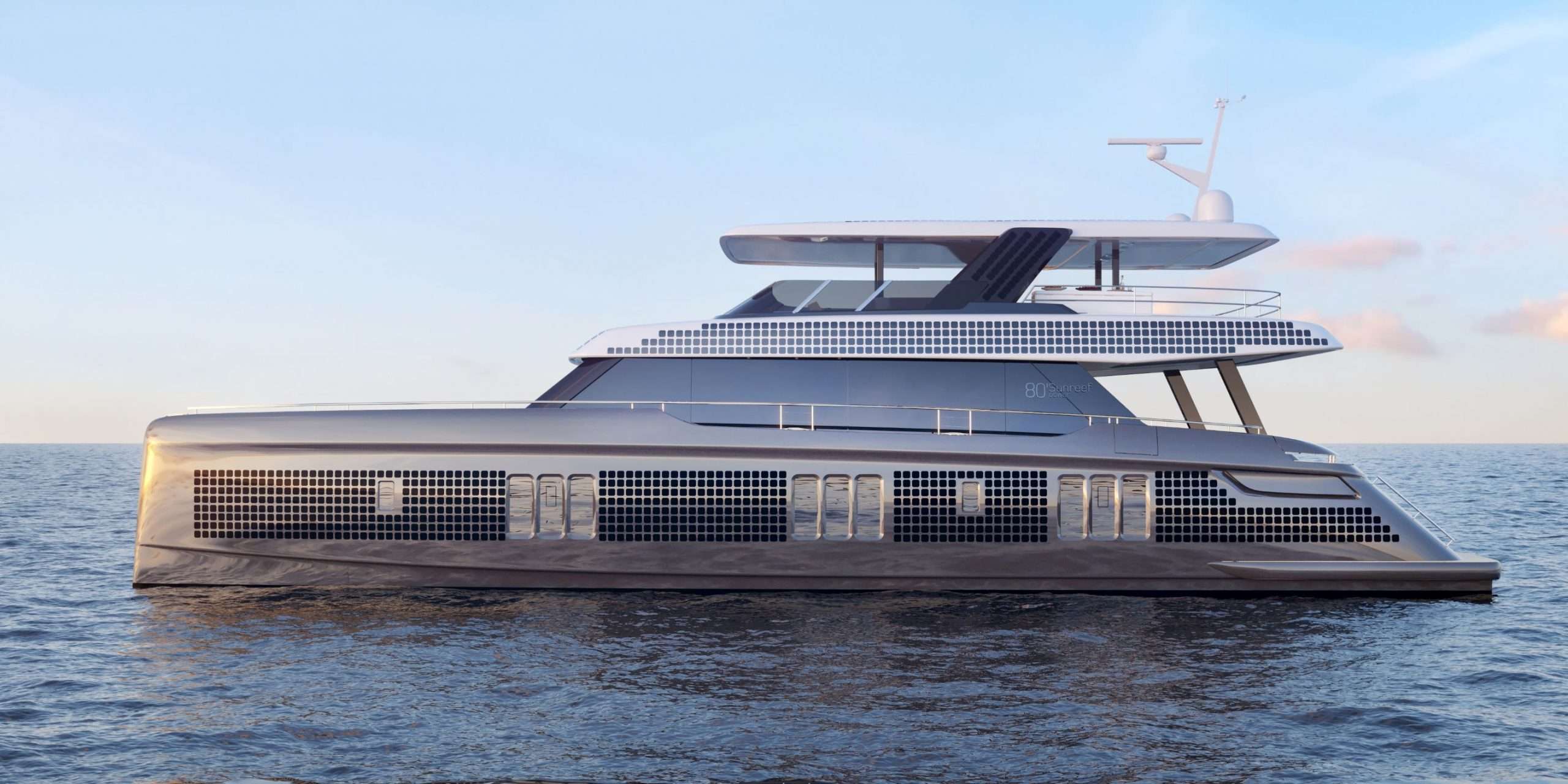 Perhaps it is only natural that a yacht brand named Sunreef would turn to solar panels in a major way. Sunreef’s R&D Strategy Consultant Nicolas Lapp, son of founder Francis Lapp, heads up the eco side of the Sunreef business, which now includes the in-house production of solar photovoltaic cells. Sunreef has recently announced that the Eco-version of the 80 Sunreef Power and 80 Sunreef Sail are in production and nearing completion. They promise to be among the most innovative yachts launched this year.

The 80 Sunreef Power Eco is to be launched in the summer of 2021, and Lapp told Asia-Pacific Boating that a new yacht in the eco-series will be launched every two months after that.

The new Sunreef Eco yachts will feature a “solar skin” – super-thin photovoltaic (PV cells) that have been built into the fibreglass structure of the yacht. It is a remarkable development that has been engineered and produced by Sunreef in-house. On the 80 Power Eco, the system will cover a total surface of 150m², delivering up to 34 kWp, while offering a much better-looking yacht than one covered with a large, flat panel. 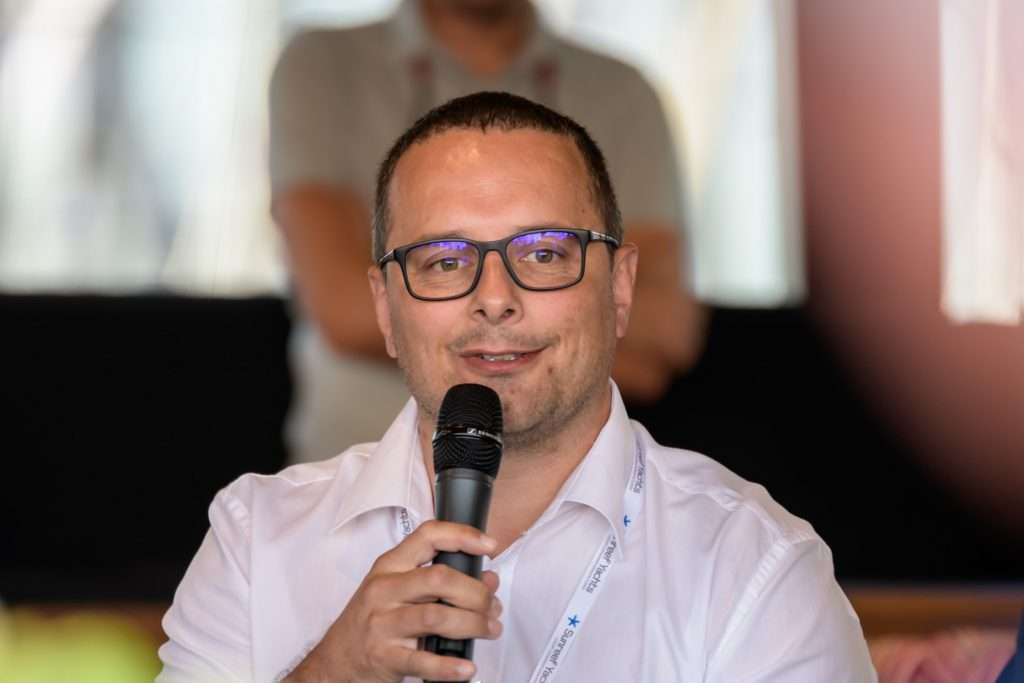 Lapp says that at peak power (maximum possible output) the 80 Sunreef Power Eco will have 40kW, which compares favourably to the Silent 80, which offers peak power of 26kW. Silent Yachts has recently been gathering a lot of attention for its laser-like focus on solar-powered catamarans. The new 80 Eco will also have two windmills of four metres in diameter each. The Sunreef Power 80 has become one of the brand’s most popular yachts.

According to Lapp, almost all Sunreef’s current line up can be had in an eco-version, which is a set of options that cover everything from renewable energy sources to building in flax-based fibreglass to kite sail options. Lapp says that Sunreef is working on a series of in-house built and patented systems for eco-friendly running.

Six years ago, customers were more focused on price. Not now. Every month, the requests for the eco range are growing – it is exponential. In a few years’ time, it will only be eco-range boats that we sell – Nicolas Lapp

“Six years ago, customers were more focused on price. Not now. Every month, the requests for the eco range are growing – it is exponential. In a few years’ time, it will only be eco-range boats that we sell,” Lapp told Asia-Pacific Boating. “Wealthy customers are really concerned about climate change; they have no problem now to pay more for sustainability.”

Sunreef developed its eco-line in part because of a sole customer, whose Sunreef 60 capsized in the Caribbean due to Hurricane Irma in 2017, where sustained windspeeds topped 150 knots. The owner, a “technical guy”, saw that his batteries were still working despite the damage. He then ordered a new Sunreef 50 with huge battery banks and began working with the yard on energy saving technology, to create a fully electric boat.

At around the same time, company founder Francis Lapp was challenging his team to install solar panels into the masts of Sunreef sailing yachts. The request “kicked started the whole process,” Lapp says.

On top of this, batteries themselves were getting cheaper and lighter. “We started to feel that the requests for electric running were increasing, so we said, let’s do this properly.”

To do the job of building a yacht that can run on electricity alone for days at a time, not hours, has required a focus on house tech development, patented systems, and working with suppliers on new products that are unique to Sunreef. 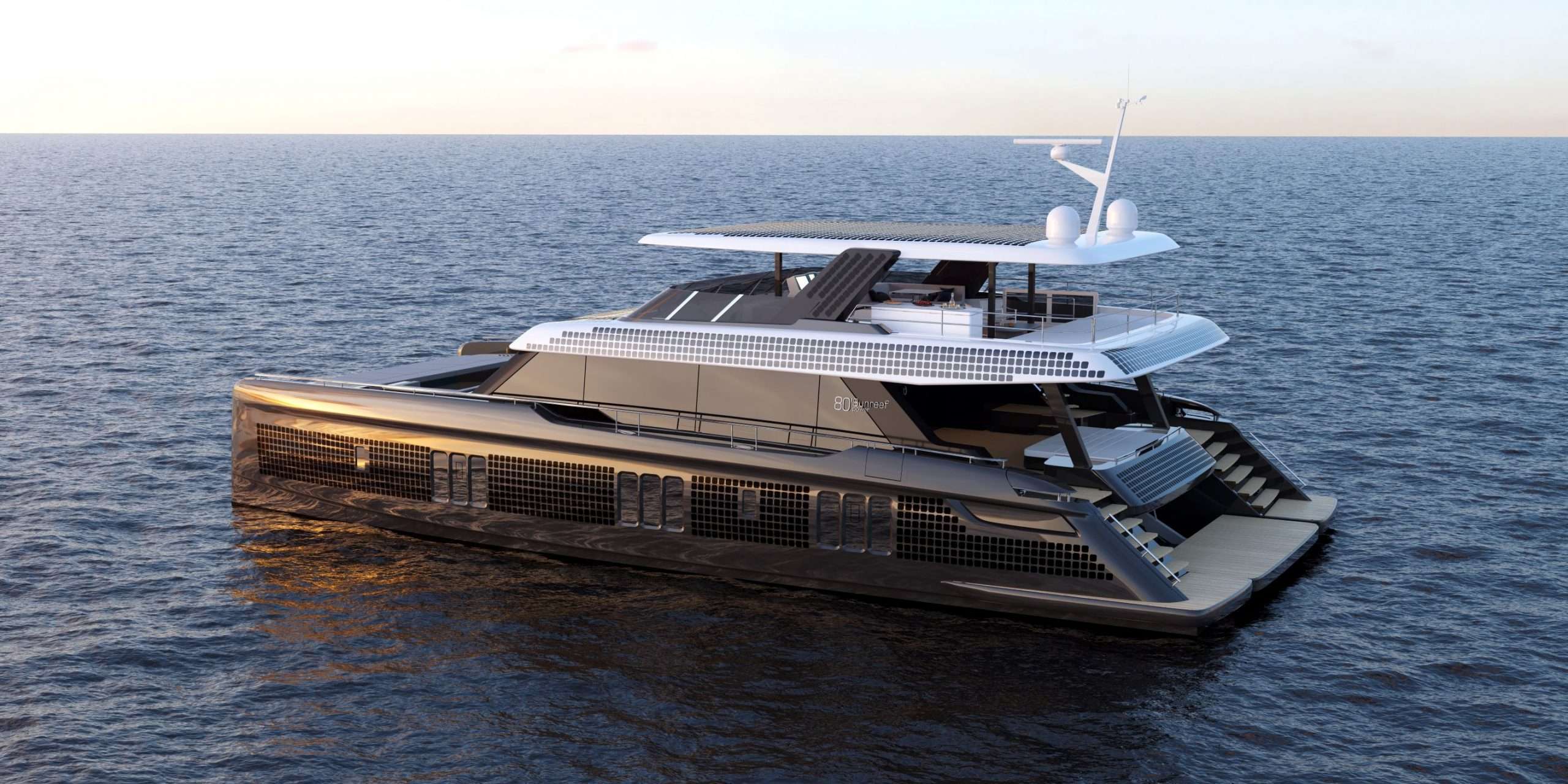 The company is working on aircon systems with greatly reduced power consumption in an exclusive arrangement with an aircon systems manufacturer. Sunreef is developing its own battery systems, again in an exclusive arrangement with a supplier. Its PV cells are just 1mm thick, patented and built on the premises. Sunreef’s PV production plant started up about a year and a half ago.

In short, the Eco-line is a sustained industrial effort at remaking Sunreef, not just adding another model line.

“The Sunreef Eco is not just hybrid. …. We’re looking at being able to do between one and four days on battery alone.”

Lapp acknowledges the difficulties in an all-solar powered yacht. Solar panels will still only deliver slow speeds. For boats that are anchored in beautiful bays, and a days’ cruising is about going from one beautiful bay to another, then it is possible to run on solar power alone.

Long haul trips are another matter. But with the work being done now, Lapp reckons that further ranges and cleaner yachting are only a matter of time.