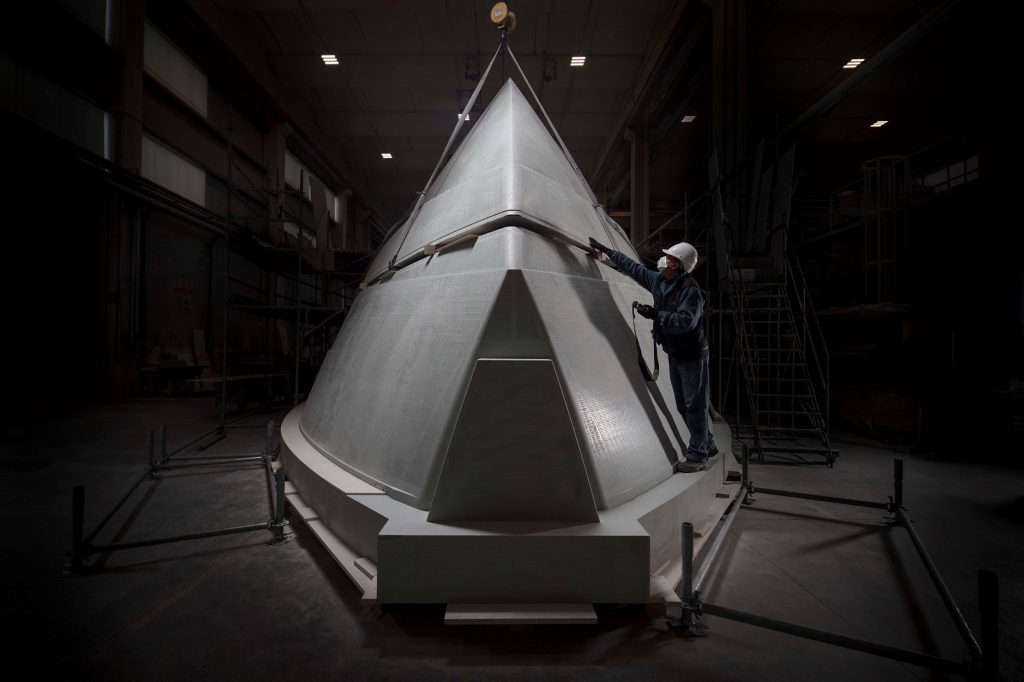 Pershing Yachts, the speed and thrill oriented brand of the Ferretti Group, has just released a first set of images and a video of the new Project TØ, which is now in build. The first hull in the new series of yachts, ranging from 25 to 40 metres, will arrive in the shipyard in Mondolfo in the summer of 2021. Hull number one is 35 metres.

The last stage will include the bodywork and flanging phase to produce the final mould, which will be transferred to the end production site in a handling operation involving eight separate loads.

Pershing says the official debut of Project TØ is scheduled for 2022. “This new line of products (is) designed to combine the unbounded pleasure of the sea with Pershing’s unmistakable DNA will join the celebrated Generation X,” the yard said in a statement.

New images from Pershing show the work in progress on the model of the hull, built at Ferretti Group’s Plug and Mould Plant. Few details have been released about the project, which was first announced in 2019.

Ferretti Chief Operating Officer Stefano de Vivo has said that Project TØ would include “a lot of carbon fibre and a lot of technology.” In previous statements, the yard has said that onboard comfort and maximised volume will be key aspects of the new range. Pershing Yachts are legendary for their speed, lightweight construction and super sleek design.

The new range is the result of collaboration between Ferretti Group’s Product Strategy Committee led by Piero Ferrari, the Group’s Engineering Department, and Fulvio De Simoni, the designer of Pershing yachts since the first unit.

Pershing Yachts has had considerable success in Asia. The first unit in the yard’s flagship, the Pershing 140, was sold to a Hong Kong buyer. The 140 was also notable for being the first Pershing yacht built in aluminium.