McConaghy Boats has announced details of its new 63-foot powercat, the MC63p, which becomes the flagship motoryacht for the famed sailing yacht builder. The first of these new yachts is now under construction for Emirates Team New Zealand America’s Cup CEO Grant Dalton. 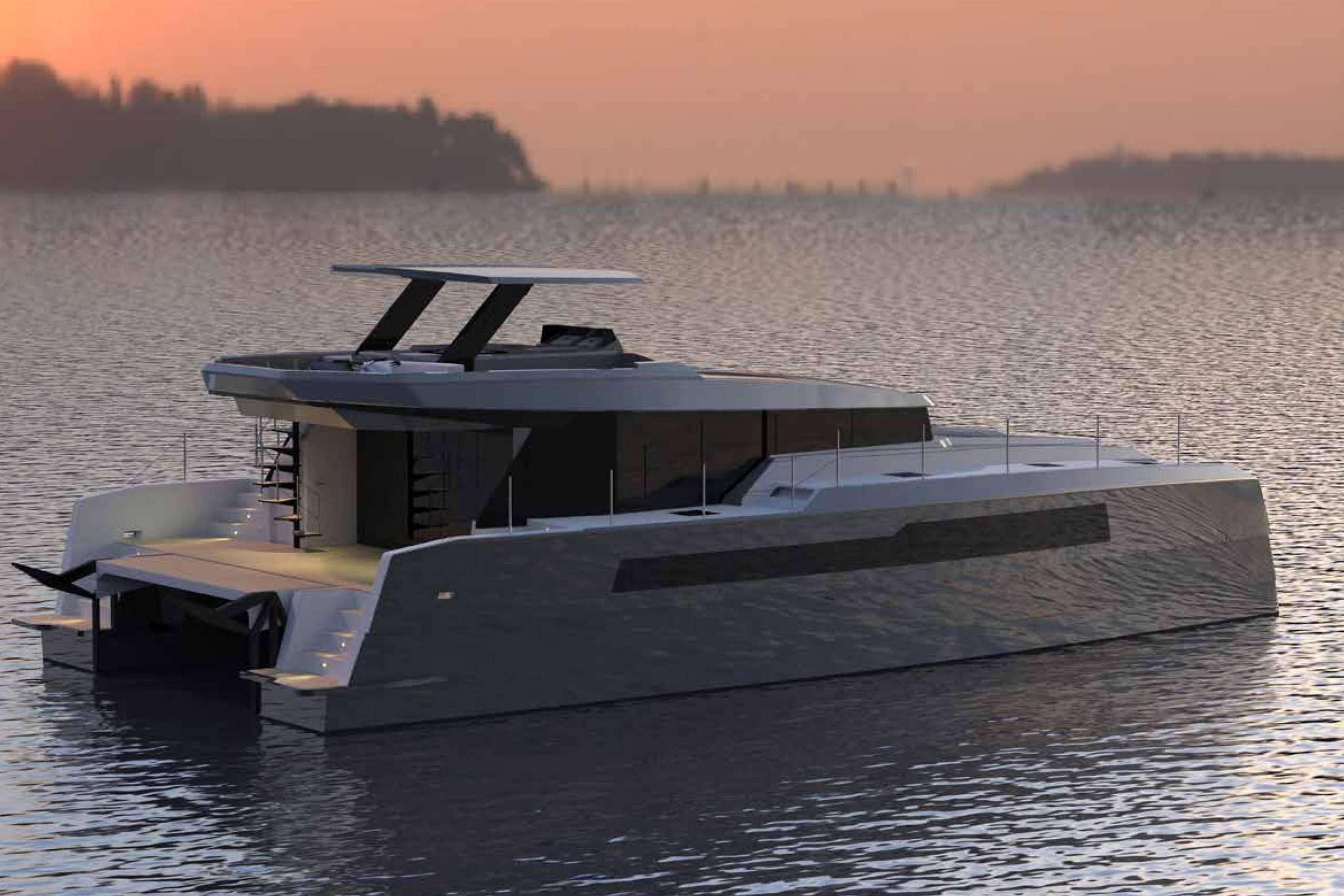 Dalton is a well-known figure in competitive sailing, having participated in both the America’s Cup and in several round-the-world races.

The MC63p is lightweight build, with fixed foils to make it more fuel efficient. The cruising speed is estimated to be 20 knots, top speed is 35 knots, with a range of 1,500 nautical miles. McConaghy Boats Group Managing Director Mark Evans commented that the foiling aspect of the design would become more prevalent in yachting, thanks in part to the impact of this year’s America’s Cup.

The new MC63p uses hull forms and lines from the McConaghy MC60 sailing catamaran. In its announcement, the yard said that this motoryacht would offer both coastal cruising and oceanic adventures. Ker Yacht Design handled the exteriors and naval architecture.

The MC63p offers two flybridge layout choices. One allows for a bank of seating behind the helm station, while an extended flybridge option creates more space for tender or toy storage.

The MC63p carries her tender on an aft cradle, deployed and recovered by a hydraulic lift system.  A tender or water toys can also be stowed on the foredeck.

There are three interior arrangements available, allowing for a three or four cabin layout or an arrangement that positions the master suite on the main deck. Twin bunk cabins forward allow for the accommodation of crew. McConaghy Boats says it welcomes clients specifying their own cabin configurations.

Interior styling for McConaghy’s multihull range comes from Design Unlimited, an award-winning studio with extensive experience in both large custom yachts and the production sector. McConaghy’s is also willing to work with clients’ own preferred interior designers.

The interior design of the first MC63p is by Kit Carlier, a New Zealand-based yacht design studio.