A fire broke out on a Leopard 43 power catamaran docked at Singapore’s Keppel Bay Marina on Monday morning, with the blaze raging for around an hour until it was extinguished by Singapore Civil Defence Force (SCDF) firefighters with help from passersby.

The SCDF issued a statement confirming no injuries have been reported following the blaze, although the vessel suffered significant damage. 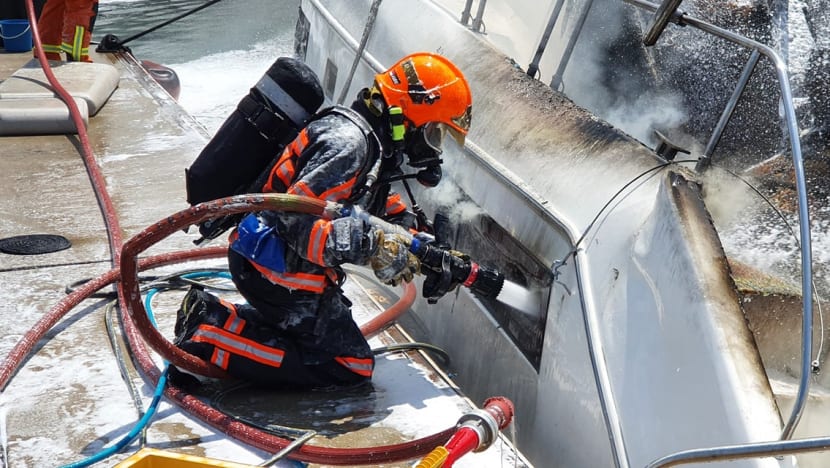 “At about 11.30am today, SCDF was alerted to a fire at the abovementioned location,” the statement reads. “Upon arrival, the fire was seen raging from a vessel berthed at a pier. Firefighters from Marina Bay Fire Station and Alexandra Fire Station, with assistance from staff of the premises, immediately deployed three water jets and three hosereels from the pier to surround the vessel. This was to contain the fire and prevent it from spreading to other vessels.

“Firefighters from Brani Marine Fire Station and a vessel from the Maritime and Port Authority of Singapore (MPA) were also involved in the firefighting operation.

“The fire was extinguished in about one hour with two water jets, two foam jets, and a water monitor from the MPA vessel. Damping down operations are ongoing.” 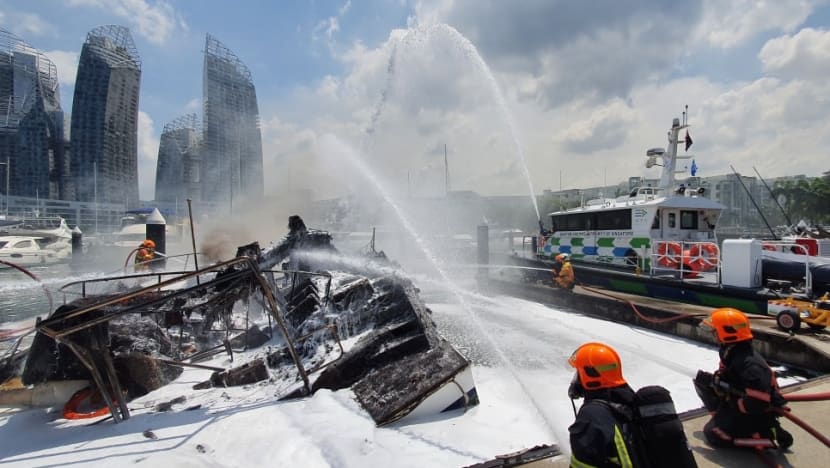 There has been no confirmation as to what caused the fire, and investigations are now ongoing. The charred boat remained docked at the marina as of Monday evening, according to local reports. 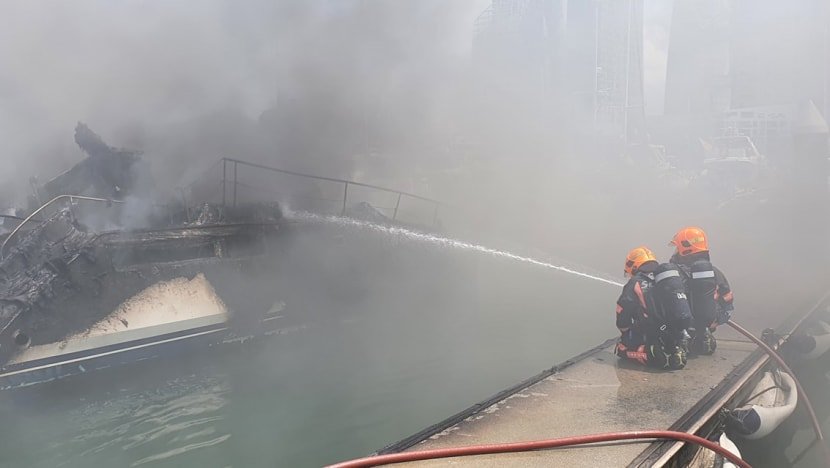 According to the Straits Times, eyewitnesses said around 20 men sprinted to the location with hose pipes and attached them to hydrants along the pontoon to spray water at the burning vessel, while some shouted “fire” to alert other boatmen in the vicinity. Nearby vessels were reportedly moved away from the burning yacht.

Boat captain, Mr Mujuonor told the outlet that the quick response by the boatmen may have helped prevent millions of dollars of property damage. 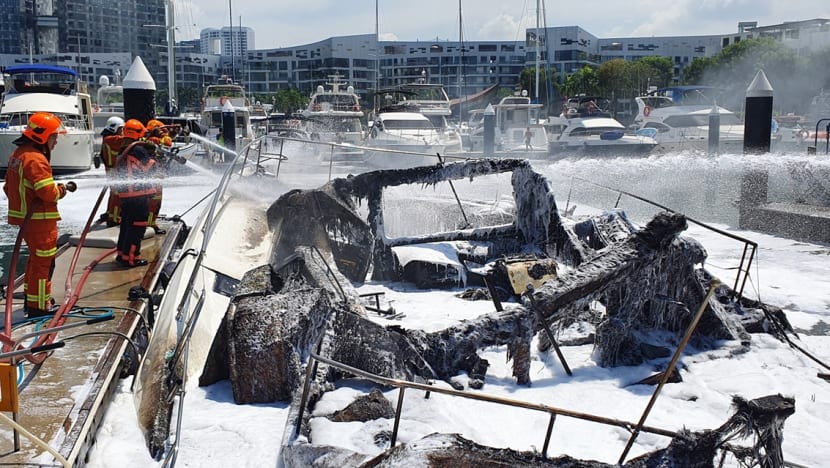 The boat is owned by financial service provider Advisors Alliance Group and a local team used it to sail across the Indian Ocean from Seychelles to Singapore earlier this year, the Straits Times reports.

Two boatmen who declined to be named told the outlet that the yacht is called Advisors Alliance II.