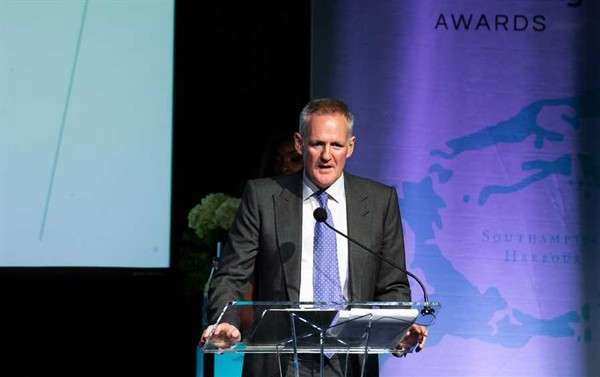 Previously, the organisation was called the International Yacht Racing Union, and from 1996 to 2015 the International Sailing Federation. There are two Asian members on the executive committee serving as Vice Presidents, Li Quanhai (CHN, 2008-present) and Jan Dawson (NZL, since 2016).

He is taking over from Andy Hunt, who stepped down in December after four years as CEO that included the controversial and expensive relocation of World Sailing’s HQ from Southampton to London, as well as criticism for getting involved directly in negotiations with the New Zealand Government over a substantial increase in the rights fee to have the event sanctioned.

Hunt took over as CEO from Peter Sowery, another Briton, who quit the role in November 2015 after only five months. Before that, Dutchman Jerome Pels had been in the role for 17 years first as secretary general and then as chief executive.

Graham’s most recent role was at Oman Sail, a national initiative that uses the power of sport to contribute to the development of the Omani people, where he served as CEO from 2009 through to April 2020. 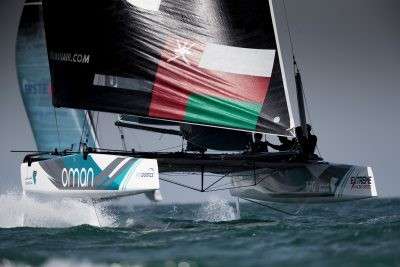 During his tenure, Graham was instrumental in establishing the sport in Oman, growing the national sailing team to one of the leading teams in Asia and developing the nation as a top destination for Class World Championships, America’s Cup World Series, and Extreme Sailing Series events.

Prior to his tenure at Oman Sail, Graham managed a sailing school before spending over a decade in senior positions in the world’s leading dinghy manufacturers.

His experience as an active sailor is equally as strong. An active sailor his whole life, he grew up as a dinghy sailor and was involved in major big boat series and races onboard both monohulls and multihulls. In addition, he has recently taken up kiteboarding to add to his repertoire of sailing skill sets.

Kim Andersen, President of World Sailing, comments, “As World Sailing looks to the future and the next phase of growth, we are confident that with David’s combined background in management and sailing that he is the right leader to help restructure and provide a strong direction for the operations of our organization. On behalf of the entire World Sailing family it gives me great pleasure to welcome David to the team.”

World Sailing’s Board of Directors worked with Odgers Berndtson in search of the ideal candidate and reviewed a strong list of international candidates.

Scott Perry, World Sailing Vice President, adds, “The board received several high-calibre applicants and having reviewed each one carefully we unanimously approved the selection of David Graham. With better clarity over our finances through to 2021, now is the time to build up our future and this includes bringing in a CEO to guide the day-to-day operations and future negotiations of our organisation.”

On his appointment, Graham says he is looking forward to the new role. “I would like to thank President Kim Andersen and the board for their confidence; I look forward to working with them to develop World Sailing and building a strong organisation together.”

Alistair Murray, the Vice President of Sailing Australia, notes that there are many significant challenges ahead of World Sailing and he is “thrilled” to see Graham’s appointment to take the helm as CEO.

“I have known Dave for a long time and can vouch for him being passionate about sailing, with his roots in the off the beach scene, hardworking, dedicated, and honest,” says Murray. “His most recent stint as CEO of Oman Sail saw some transformational change there as he promoted sailing to a new market.

“Dave, all of us, including those of us within Australian Sailing, are looking forward to working with you! The best of luck.”