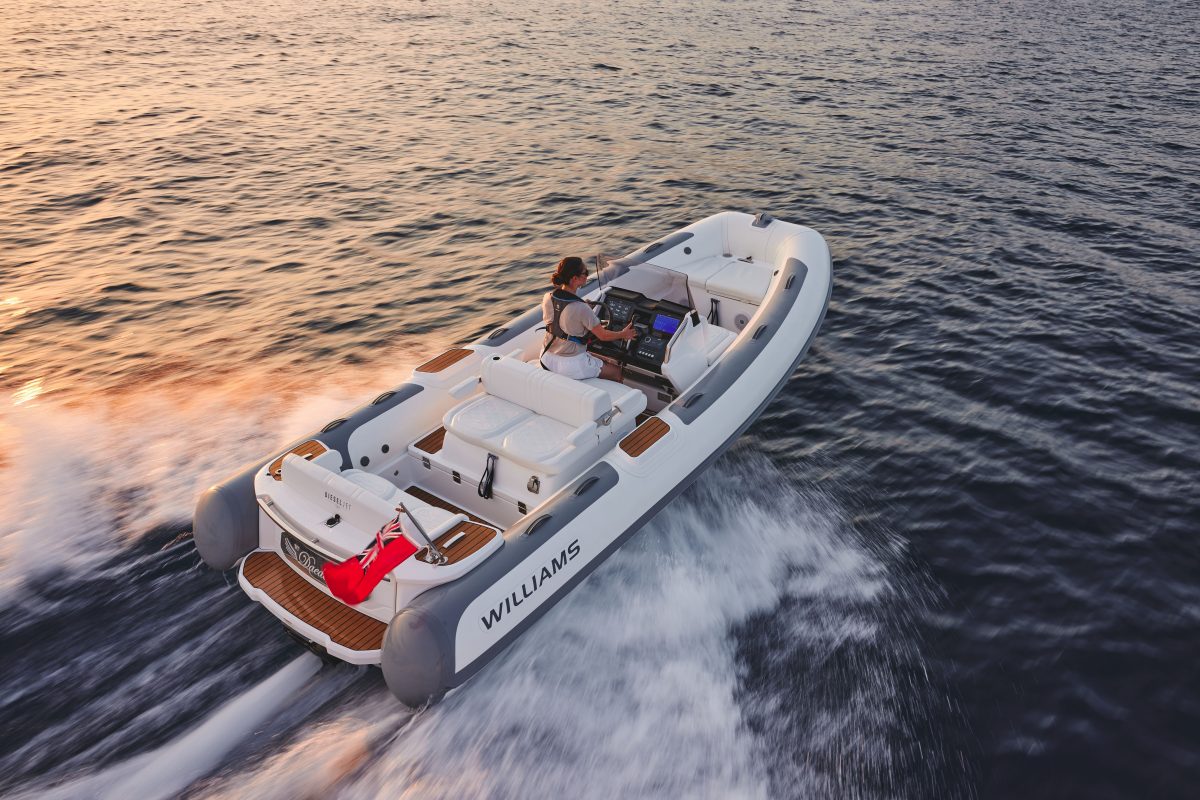 Jet tender specialist Williams Jet Tenders has unveiled a new look and layout for its Dieseljet 565 and Dieseljet 625 — the two largest models in the Dieseljet range.

Customers can view the Dieseljet 565 at this year’s Cannes Yachting Festival, which runs until September 11, for the first time.

All new deck layouts have allowed the accommodation to be refined and optimised, with increased internal space on both boats. Williams Jet Tenders says the new layouts add to the sense of space and freedom of movement around the boats, making them more comfortable and practical for guests. 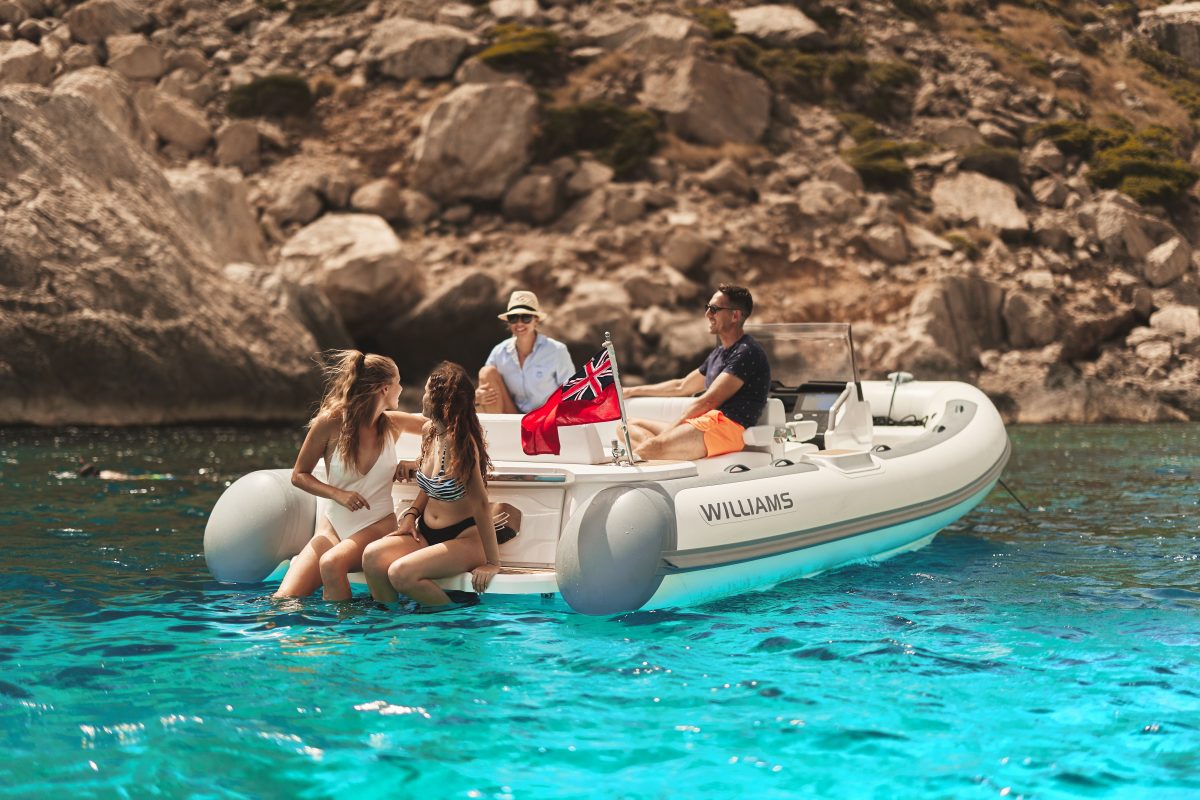 “We’re thrilled to reveal our stunning new-look Dieseljet 565 and 625 models and showcase them at Cannes Yachting Festival,” says commercial director Mathew Hornsby. “Visitors will be able to see for themselves the host of improvements and upgrades we’ve made, which not only enhance the performance but also the appearance of the boats.”

Both tenders now feature Williams’ trademark slash-cut tube design which brings improvements to fore and aft stability while underway. There is a new helm and console layout with folding capability for storage, and the upholstery has been reworked to incorporate the signature Dieseljet welded detail. Moulded foredeck locker lids have been added, with a dedicated anchor locker including routing for the anchor rope when closed.

The transom on both models has been remodelled, providing a cleaner look to the stern of the boat as well as offering a larger bathing platform. There is also the option to add a customised illuminated yacht name. 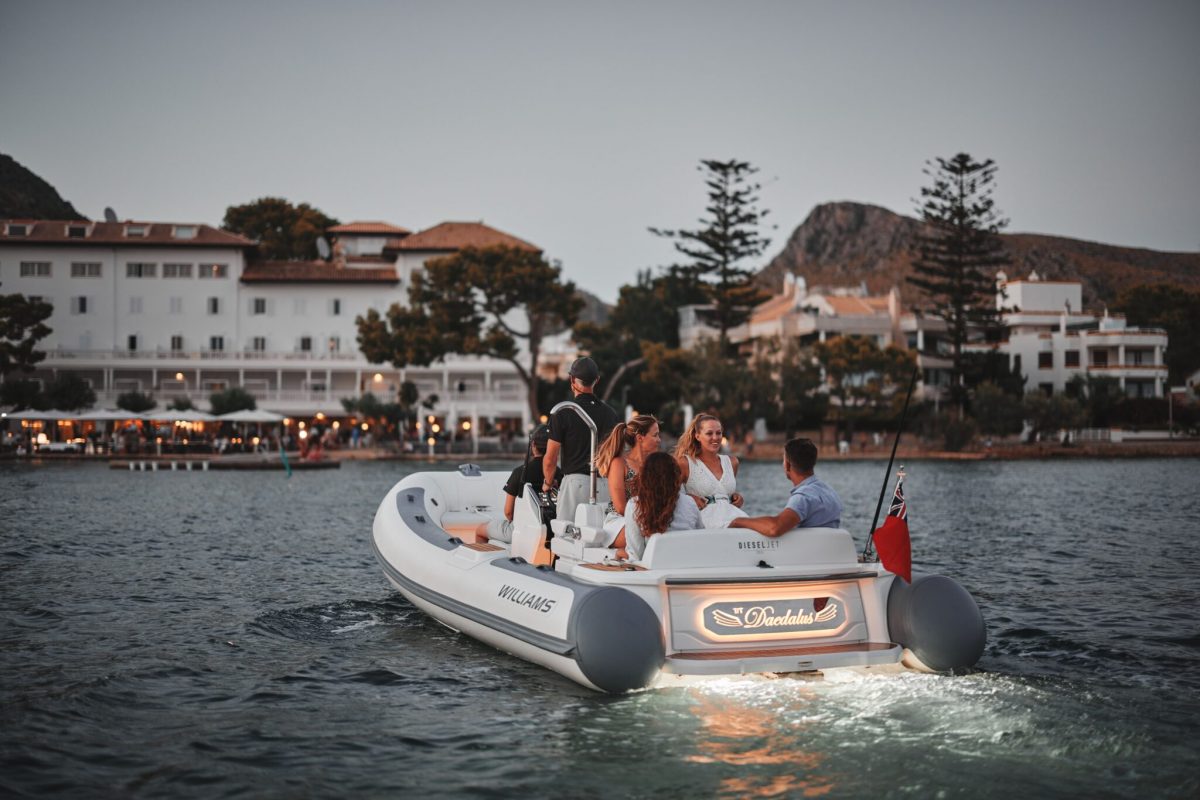 At 6.32m, the Dieseljet 625 is the largest tender in the Dieseljet range and is powered by 195hp or 230hp Yanmar 4LV engine. The company says it is spacious and luxurious, and effortlessly combines practicality and fun – it can transport up to 11 passengers whilst delivering high-speed manoeuvrability.

The 5.71m Dieseljet 565 is now available with SOLAS (Safety of Life at Sea) certification, making it an option for yacht owners looking for a high-performing luxury tender that also features the capabilities of a rescue boat, providing greater peace of mind on the water.

Last year, Williams Jet Tenders and its China dealership, Williams Tenders Greater China, announced “exceptional sales success across Asia,” thanks in part to a resurgence in boating despite the global pandemic.