Williams Jet Tenders, a global jet tender specialist, is proud to receive the inaugural Sunseeker Entrepreneur of the Year Award at the British Marine Awards. 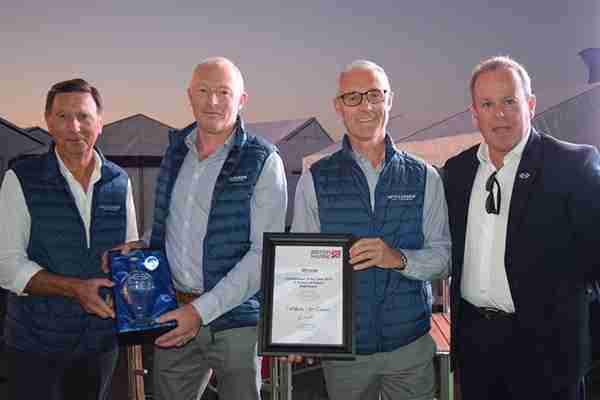 This award was created by Sunseeker International and British Marine to honour the late Sunseeker Founder and President Robert Braithwaite, to recognise exceptional companies that capture the entrepreneurial spirit of Robert and demonstrate true innovation and creativity.

The prestigious award was presented by Sunseeker International’s Sales Director, Sean Robertson, who praised brothers Mathew and John Hornsby and Roy Parker, the founders of Williams Jet Tenders, commenting: “Robert was an entrepreneur in every sense of the word. He was a visionary and grasped every opportunity to help build Sunseeker into the iconic, global-leading luxury brand that it is today. The recipients of this award reflect those values in everything they do – congratulations.”

Commenting on the award win, Mathew Hornsby, Sales Director at Williams Jet Tenders, said: “It is a huge honour to receive this award and we are hugely grateful to be the first winner of what is a really wonderful accolade. Robert was a true inspiration to the whole industry and to have been chosen as a company that represents the entrepreneurial spirit of Robert is really something special.”