First unit of the new model, which boasts unrivalled headroom for its class, is to be launched in February 2023 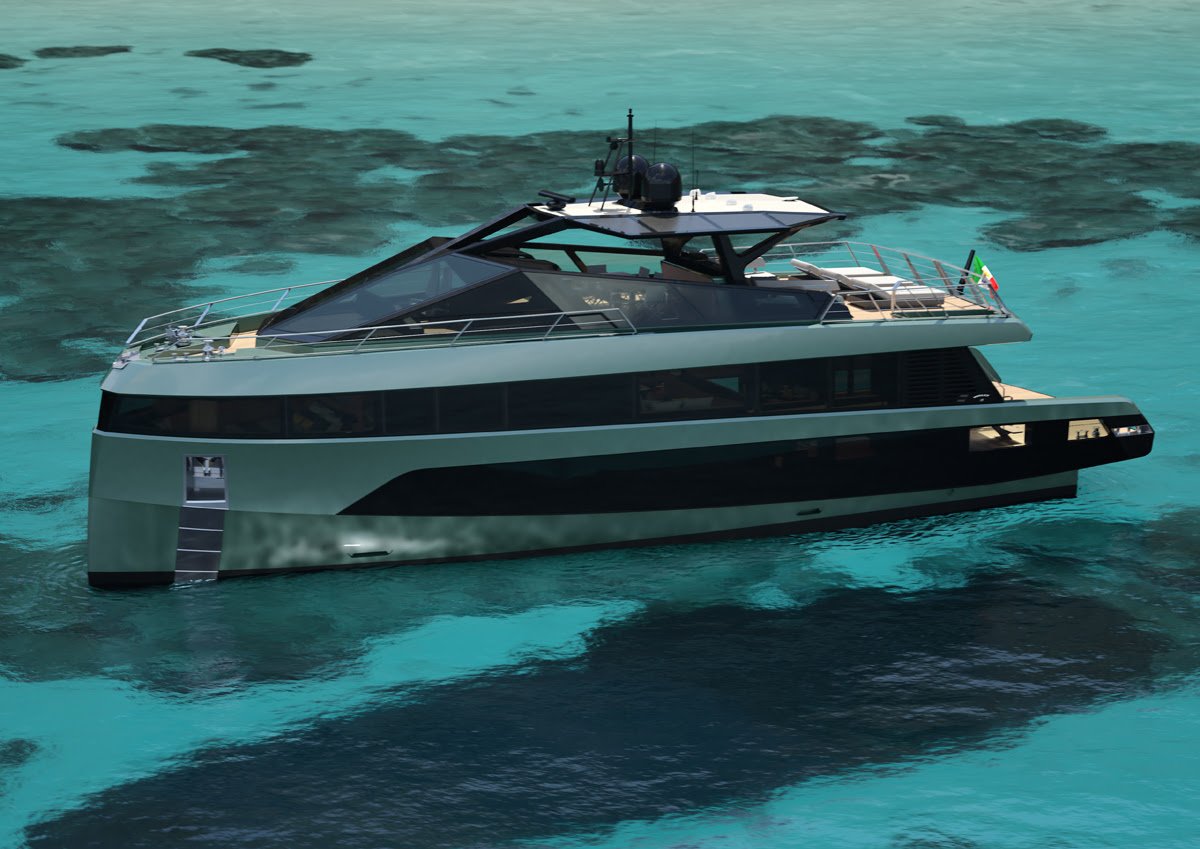 The Wallywhy150 was created by Wally-Ferretti Group Engineering, while Studio A. Vallicelli & C penned the interior design. The newest model comes after the unveiling of Wally’s first full-wide-body yacht, the Wallywhy200, in September 2021.

“After the success of the Wallywhy200, we were asked to offer the same characteristics of this breakthrough model in a smaller size,” says Stefano de Vivo, Wally’s managing director. “We decided to develop this model to be 24 metres in length and 150 GT and added in some tailored and unique features to give her own identity. The Wallywhy150 serves as yet another example of Wally being ahead of its time, setting new standards in yacht design. As an industry paradigm-shifting project, the Wallywhy150 looks set to be seen all around the world, from top Mediterranean ports to remote islands in the Caribbean.” 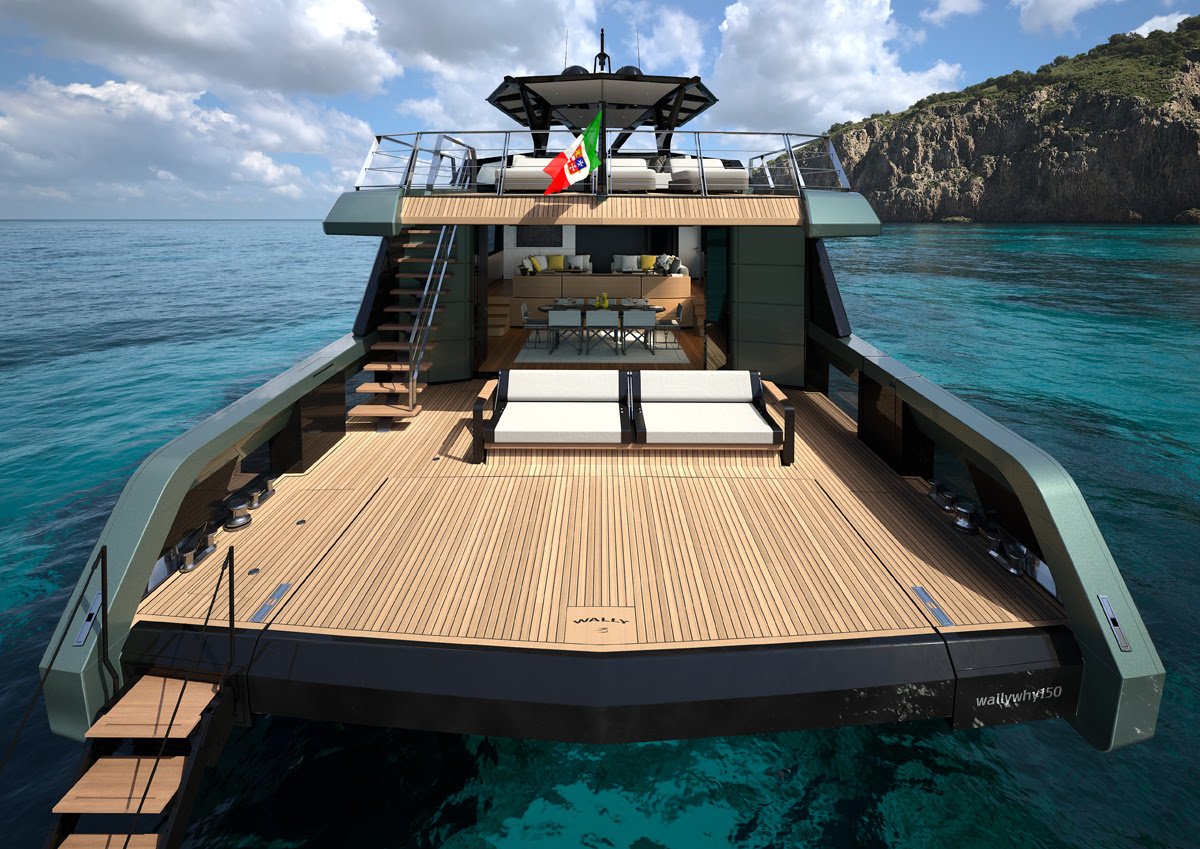 Wally says it has placed ‘great emphasis’ on the yacht’s exterior areas, with the choice of sundeck featuring a complete dining option and a bar/kitchen with grill, fridges and all the open-air living amenities at sea.

“The design is based on her bigger sister, the wallywhy200. The challenge was to incorporate some of the 200’s best features into a smaller package, while opening the door to new and innovative solutions in this size range,” says Luca Bassani, Wally’s founder and chief designer. “Most importantly, we have maximised and optimised her exterior spaces as much as possible – they are absolutely enormous and totally unique for her size in the industry.” 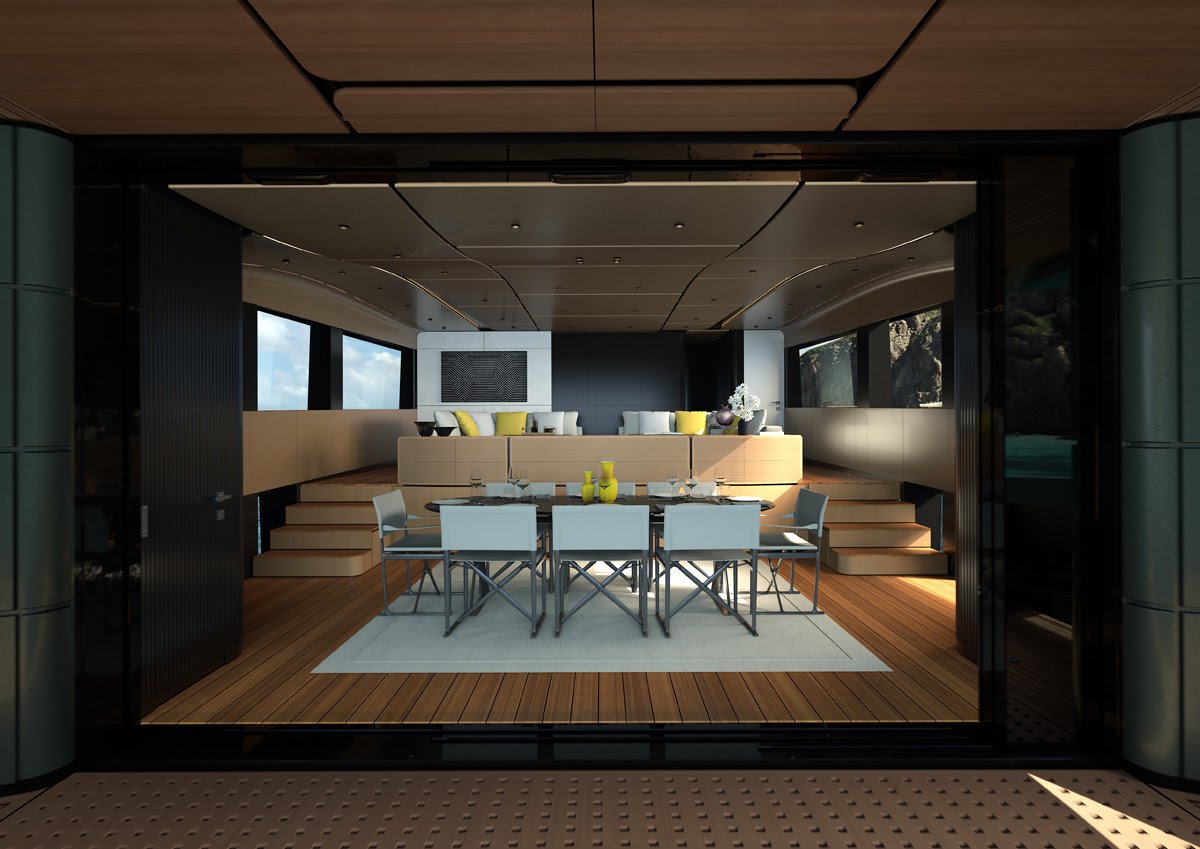 On the Wallywhy150’s main deck aft, the full-beam interior saloon is on the same level as the cockpit down to sea level, creating a close sense of connection with the water.

Many of the standout design features introduced on the wallywhy200 have also been applied to this new model. These include a full wrap-around glass on the main deck, with the high bow presenting a 270-degree view from the unique forward master cabin. First premiered on board the wallywhy200, the wallywhy150 will be the first yacht in its size range to exhibit this feature. 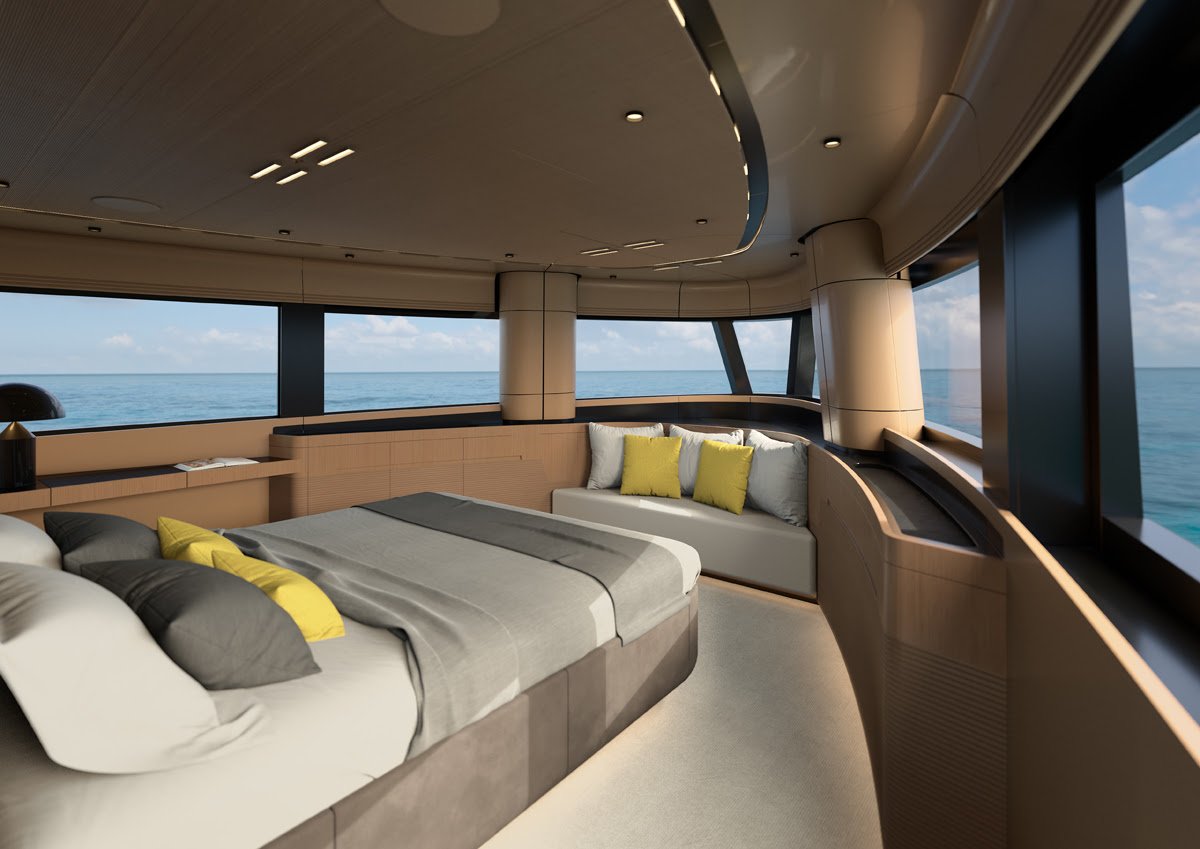 Sporting a curved ceiling, the living area also has the highest headroom in its class, reaching heights up to 2.5 metres.

A versatile yacht ideal for families, couples or charter guests, onboard accommodation is for eight guests across four generous staterooms, with four crew members also housed in two large cabins. With her optional three IPS1350 engines, the wallywhy150 can reach a maximum speed of 23 knots, or 21 knots with standard propulsion of three IPS1200 engines. 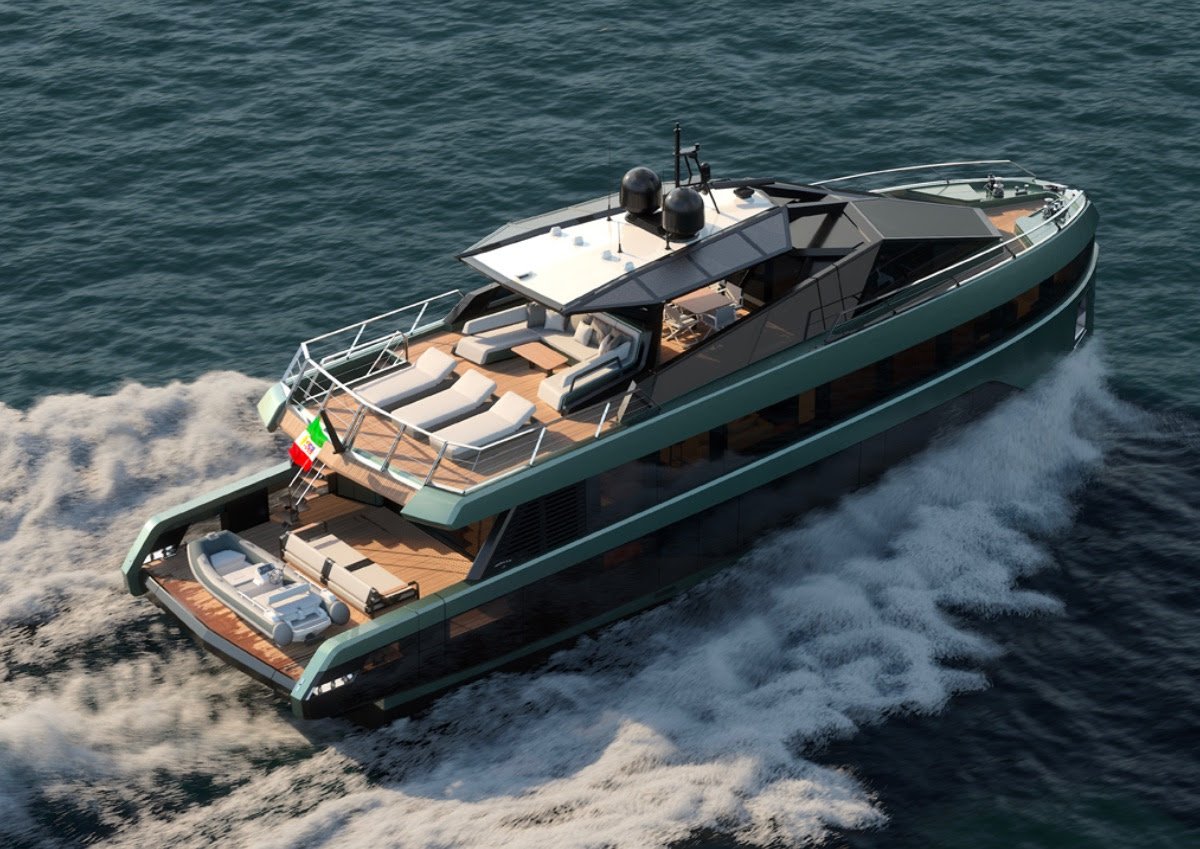 The first unit of the Wallywhy150 will be launched in February and is set to make its world debut in spring 2023.