Hong Kong’s maritime history includes a staggered flotilla of people-laden boats of all shapes and sizes arriving from Vietnam, in the last 30 years of the 20th century. A new book by former Hong Kong marine police officer Les Bird recalls the period in vivid detail using personal photos and stories 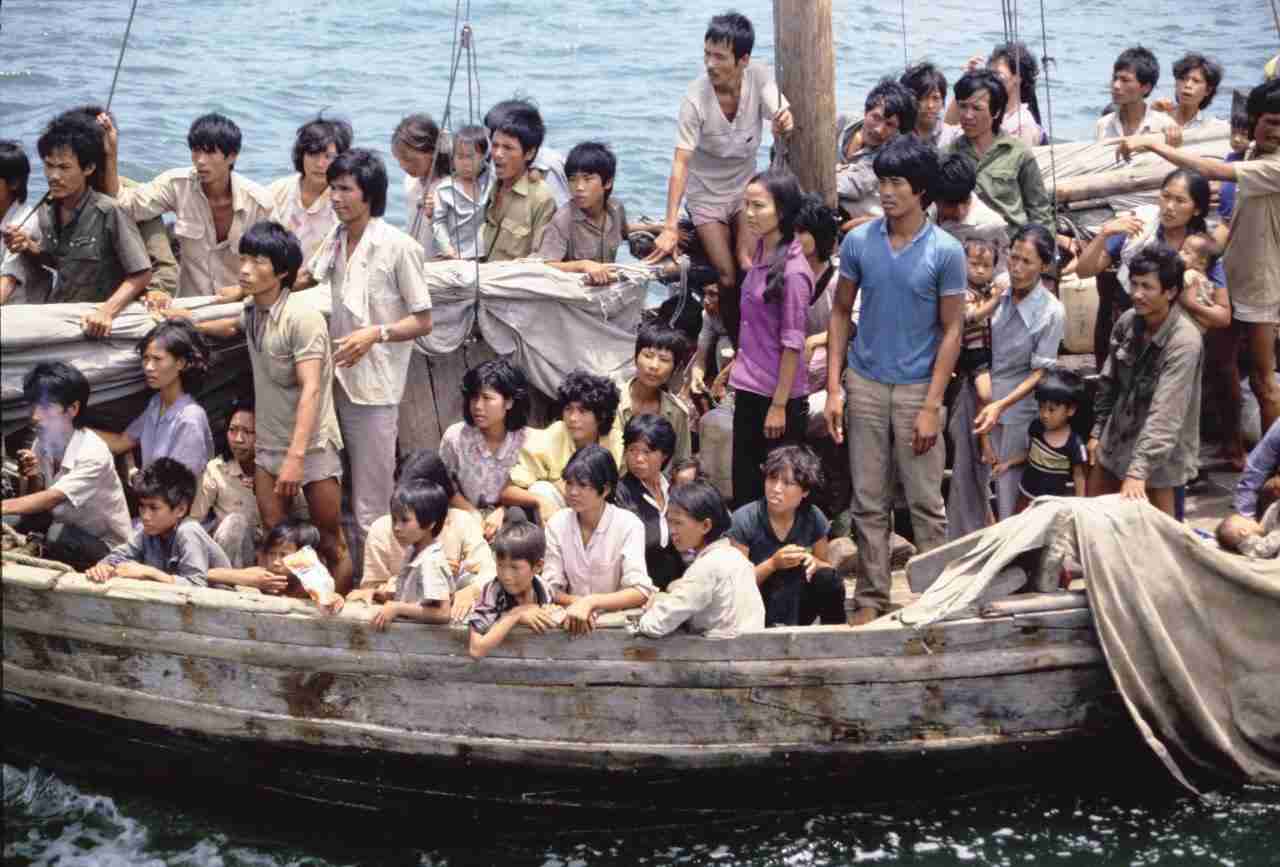 Overcrowding aboard Vietnamese vessels was common | Photo by Alasdair Watson

Les Bird, a commander with the Hong Kong Marine Police for the southern waters, was perfectly placed from the mid-1970s to become embroiled with the refugees that arrived from Vietnam. The scars from that period are still visible in the ruins of old refugee camps that were hastily erected on the Soko Islands. Bird has just written a fascinating memoir of that period, Along the Southern Boundary: A Marine Police Officer’s Frontline Account of the Vietnamese Boat People and their Arrival in Hong Kong. “Vietnamese boats of all shapes and sizes were arriving,” he recalls of the stream of vessels loaded with refugees fleeing their native country from the late 1970s until the mid-1990s. He carried a camera in his kit bag and took photos, as did some of his peer marine police officers. Looking at those old photos for the first time in years brought back memories. And in 2020, when he showed them to publisher Peter Spurrier, founder of Hong Kong-based publishing house Blacksmiths Books, it seemed to them both that there might be something of a book in these photographs and their stories. The book was published just 12 months later. 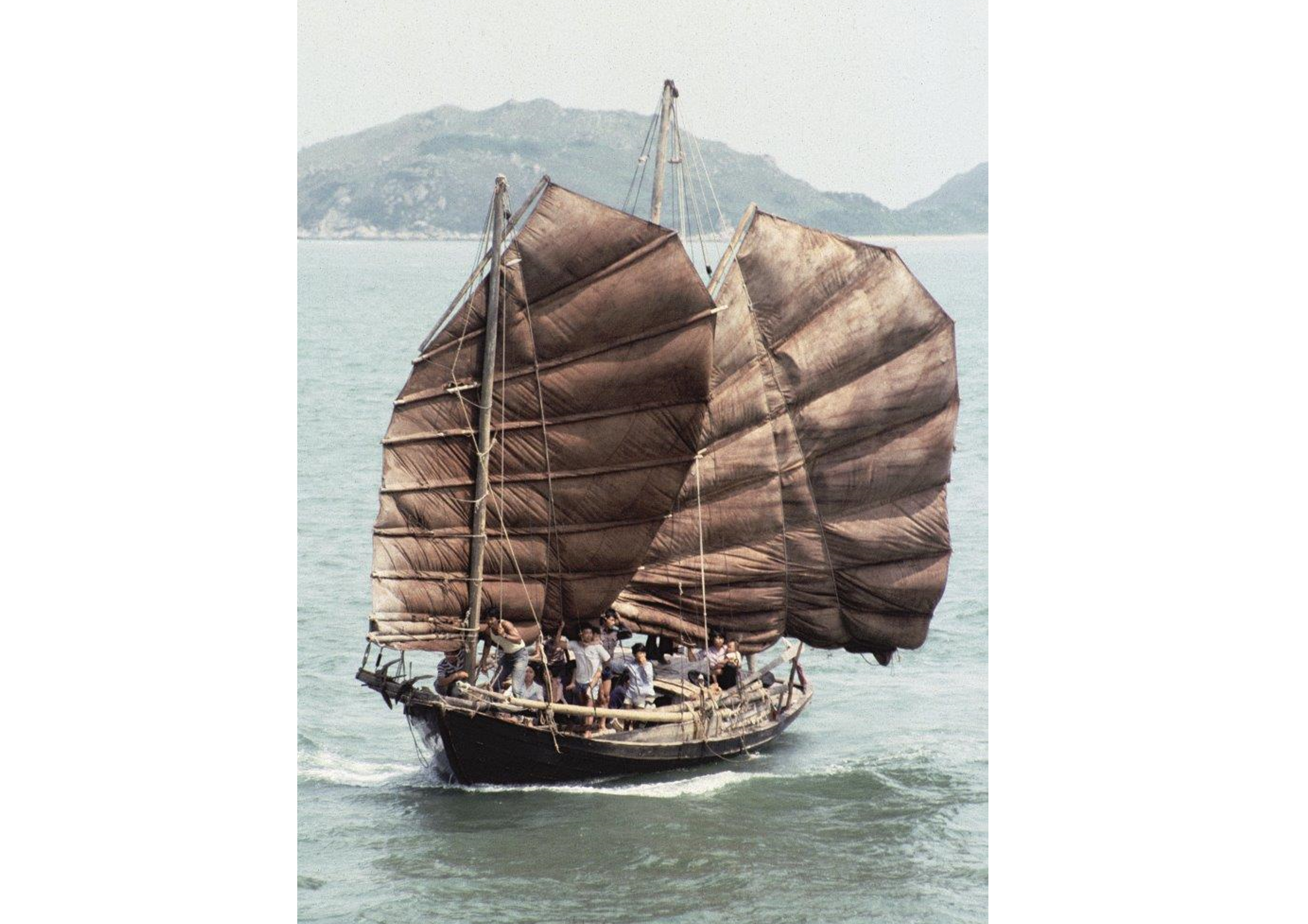 The book features the accounts of Bird and eight of his ex-colleagues in the force, who he invited to also contribute photos and their memories encountering vessels full of “desperate people arriving, many initially having escaped persecution.” Most travelled some 1,000 nautical miles to Hong Kong. Bird says that a lot of the boats he and his fellow officers encountered were designed to cross rivers, not for navigating the open ocean. “Our first priority was to check the health of those on board, before doing the [official] stuff of ‘policing’,” Bird recalls. “They’d have been terrified out of their wits in their own country; they’d escaped and then gone to sea in boats that were not really suitable and quite often some of these people had never even been in a boat and couldn’t swim.” 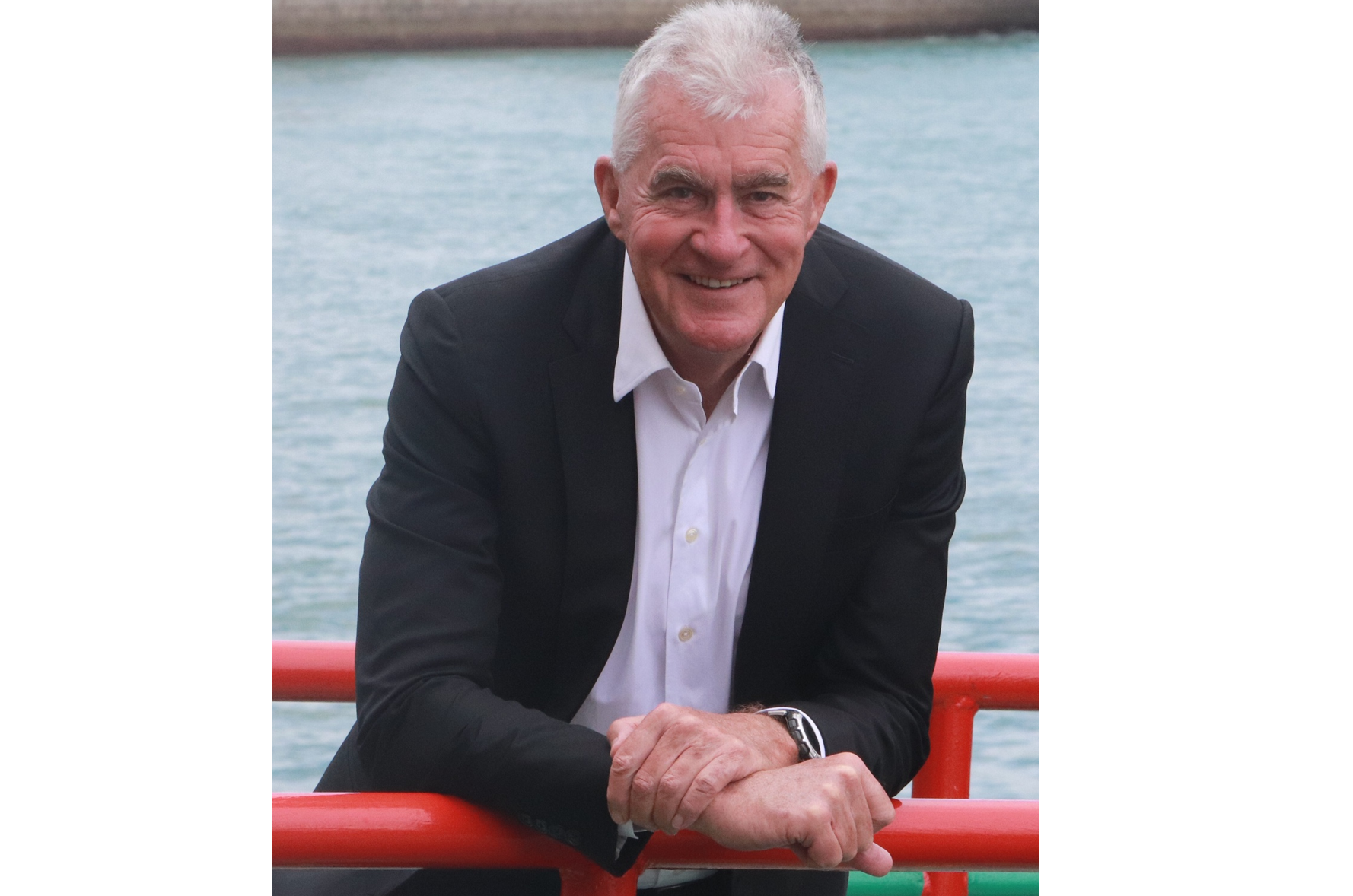 The recollections and snapshots of Bird and his colleagues paint a bleak picture. Written commentary turns from hard facts to heartfelt personal recollections. The title refers to Hong Kong’s southernmost edge of Hong Kong’s territorial waters, where marine police boats were positioned to detect incoming Vietnamese refugee boats. Over the years, larger boats made the journey. One, the freighter ship Sen On, ran aground on Lantau Island and was abandoned by its crew. Bird began his Hong Kong marine police career in 1976, and policing this boundary was to become his main duty. “It had started just after the Vietnamese war ended – from about April 1975,” he says. “And in those first couple of years, it was just a trickle – not a big problem for the marine police.

A lot of the boats Bird and his fellow officers encountered were designed to cross rivers, not for navigating the open ocean 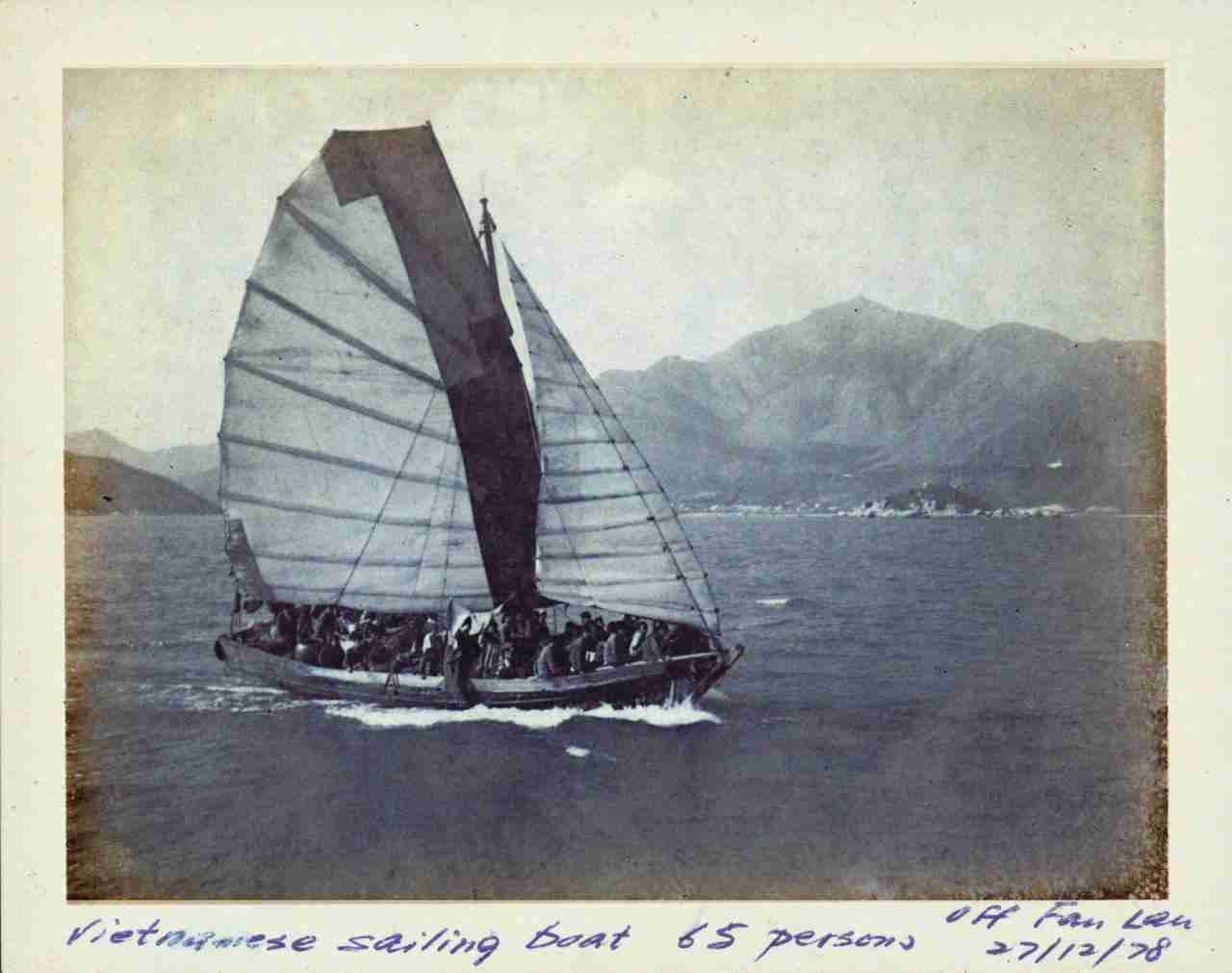 “But it was in 1979 when the persecution of ethnic Chinese in Vietnam began that the floodgates opened – and that took everyone by surprise.” In 1979, a brief war between China and Vietnam turned the Vietnam authorities, based in the north, against the sizeable ethnically Chinese communities in the south of the country. The persecution that followed prompted many families to leave, most setting off from Vung Tau, close to Ho Chi Minh City. Bird says that these escapees were sometimes accepted in nearby southeast Asian countries, but when the authorities in Hong Kong said the city would act as a “port of first asylum” for refugees to accept residency in America, Canada, the UK or Australia, waves of refugees came in. And so it was that Hong Kong became a popular stepping-stone for Vietnamese refugees who intended to try to get in, to then make a new life in another country. 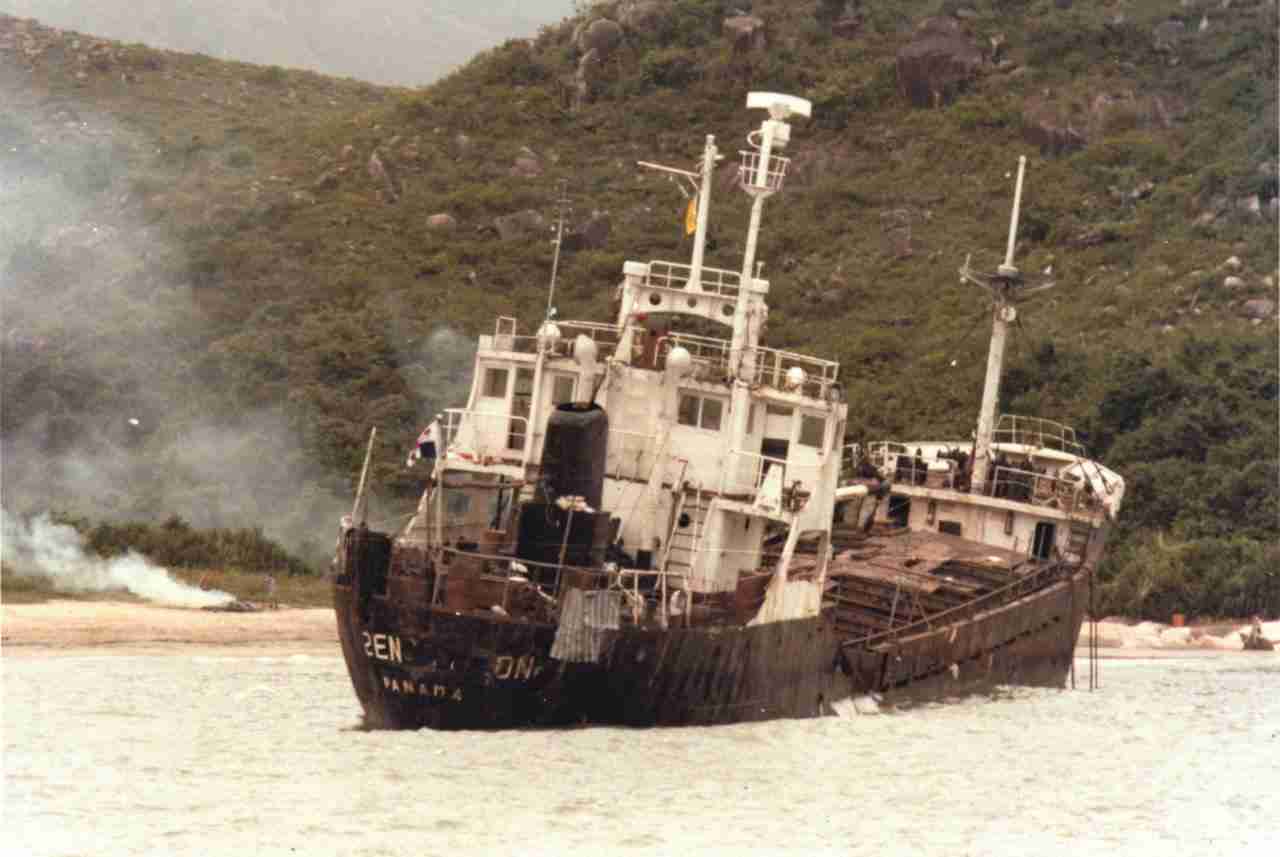 By the 1980s, the numbers had dropped off. “The world was getting ‘refugee fatigue’ and stopped taking them in,” says Bird. “And that’s when Hong Kong started building refugee camps to hold them. Some ended up having to stay in these camps for up to six or seven years and then got repatriated to Vietnam.” Criminals in Vietnam also got involved in people smuggling rackets, suggesting to people that they could get automatic refugee status by arriving in Hong Kong, thereby getting into the US. Bird says that in 1988 and 1989, 54,000 people arrived, with 60,000 in the Hong Kong camps by the end of the 1980s. By then, countries in the west weren’t taking refugees anymore, and that’s when repatriation to Vietnam began. Of the many unseaworthy and very battered boats that arrived, one of the weirdest makeshift craft that Bird remembers was a night arrival. “It appeared to be something on fire, and the look-out spotted it at about five miles away,” he recalls. 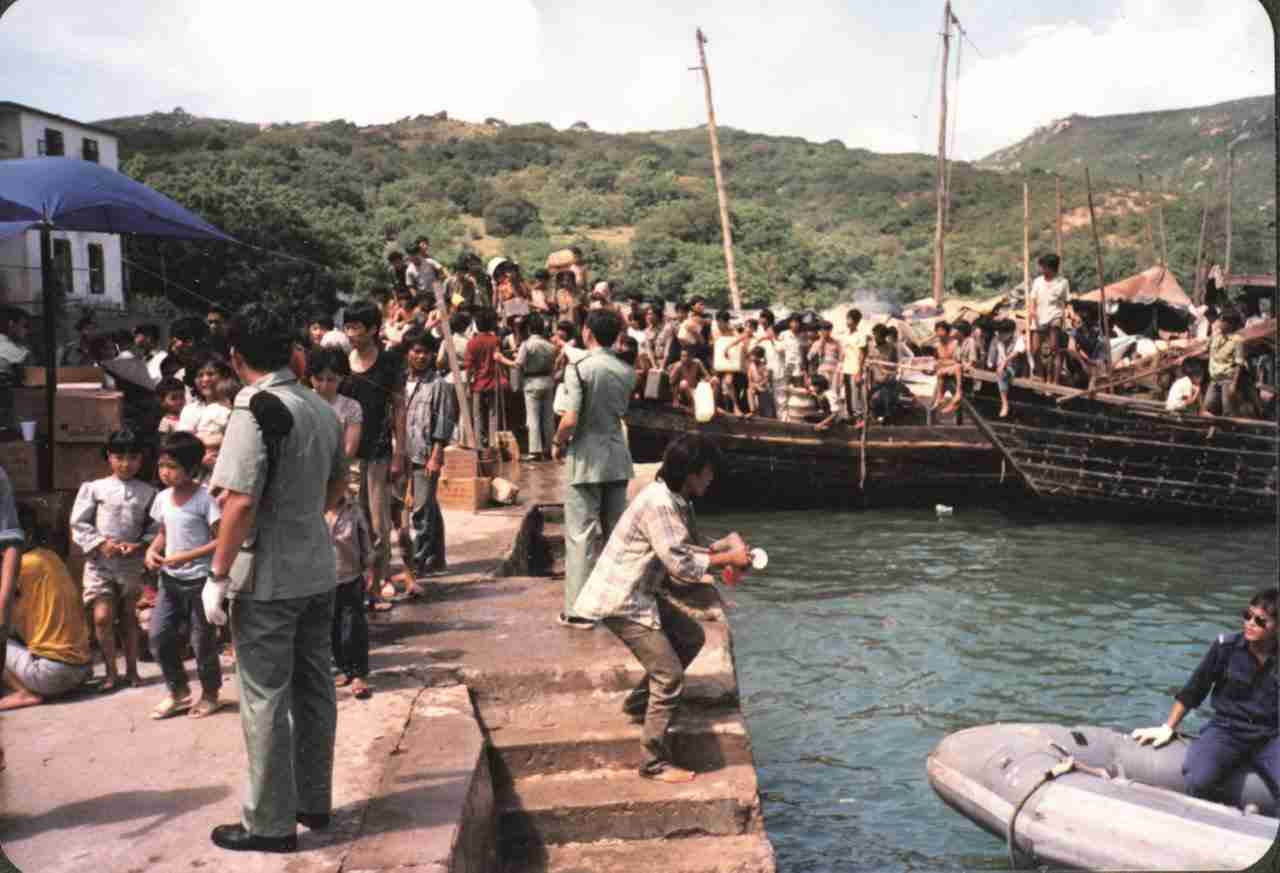 “Normally we had to request permission to leave Hong Kong territorial waters, but if it was an emergency and life was in danger you would just go and then inform the control room. So, as we got close, it appeared to be a flat platform, like a raft, with what looked like a garden torch on fire in each of the four corners. “There’s no way they could have come a long way on that. It turned out that they’d been on a bigger boat, had an argument with the rest on board who had wanted to try to slip into Macau; they jumped off and picked up these materials on the shore around Macau to carry on.” Arrivals were often armed – with guns or hand grenades – but Bird says it was for their own protection, and weapons would be surrendered or thrown overboard on arrival. There was very little pursuit needed, as arrivals wanted to be processed for refugee status. This was just as well, as marine police boats in the 1970s were all from the 1950s and ’60s and very slow, says Bird. “We couldn’t get many people on board, there was very little deck space, and it was really tough to do the job once the influx increased.” 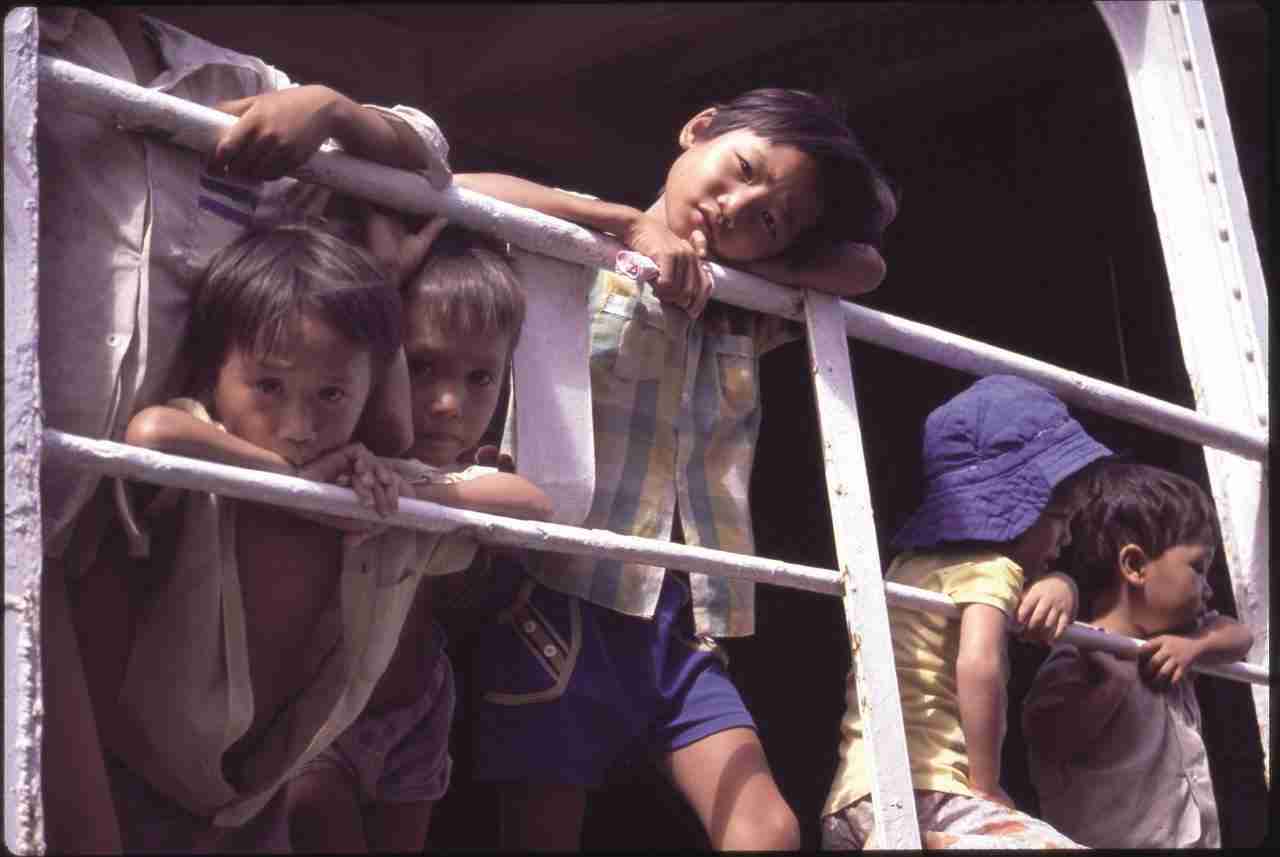 The Hong Kong Marine Police struggled to deal with the influx of refugee craft, as their own launches were too few in number. The force wound up ‘borrowing’ vessels from other government departments. “We had tugboat and a boat that smelt of fish from the Agriculture and Fisheries Department; an Environmental Protection Department boat that was covered in oyster shells when we got it. Some of these would go along at five knots … the tugboat broke down a few times. The best we had then was the Sir Cecil Clementi, which was the Tai Po District Officer’s personal ‘run-around’ boat that was very well decked out.” By 1982, the marine police fleet was replaced with faster, better-performing boats with larger decks. Bird managed to track down about 50 of the Vietnamese arrivals who had spent time in refugee camps in Hong Kong. Many had then been given refugee status elsewhere, while some had been repatriated to Vietnam. He met several in the UK last year while researching the book. Some of the people he spoke to had been on boats that Bird had intercepted himself. 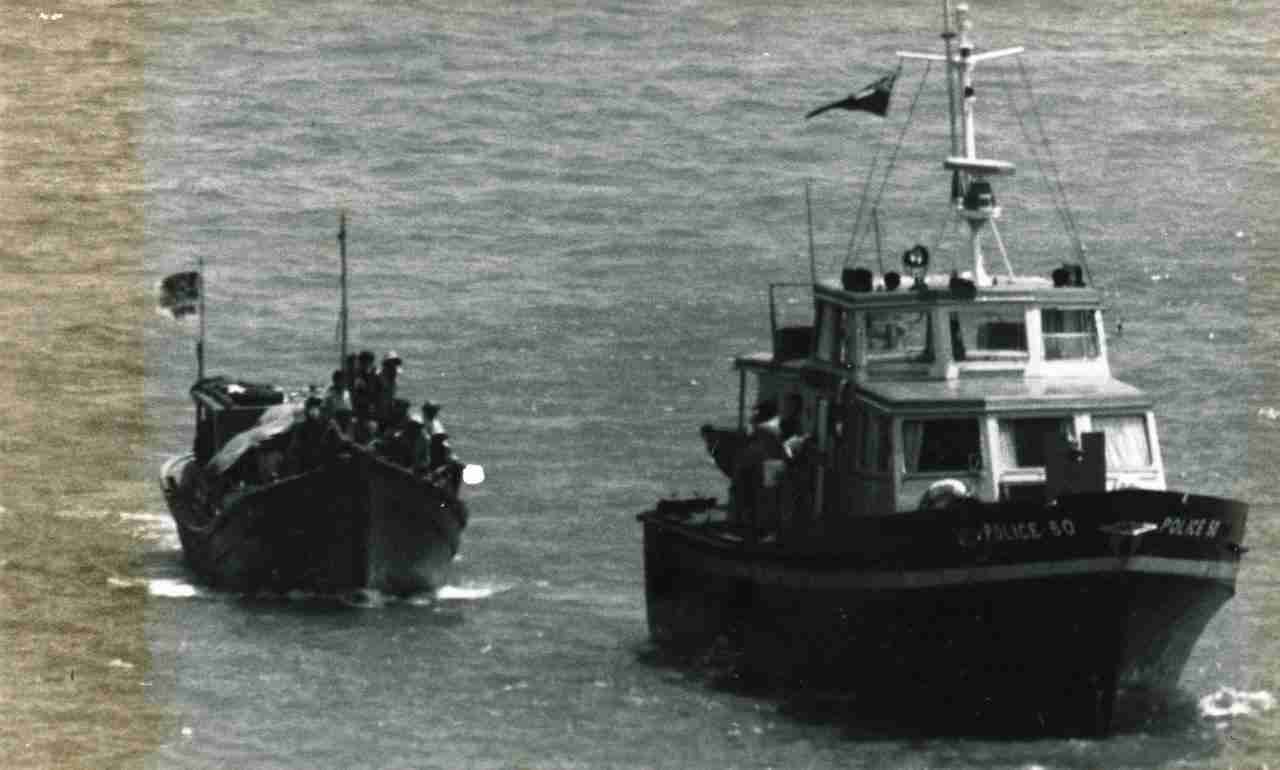 The stories of the refugees are sometimes remarkable. One, David Tran, was a major in the South Vietnam army. In 1975, he was forced into hiding, and in 1978, he escaped to Hong Kong aboard the Huey Fong freighter, along with 3,500 people. Tran wound up in America and would go on to found Huy Fong Foods, which makes the world-famous Sriracha sauce that Tran used to cook in his kitchen back in Saigon. There were about 210,000 arrivals in Hong Kong over a period of about 15 years, while the number of people lost at sea is unknown. “World figures of Vietnamese boat people that were given refugee status varies from half a million to two million,” notes Bird of the wide variation from official sources. Very few were allowed to stay in Hong Kong, unless they had relatives already living there. There are no official figures of how many left Vietnam, but several estimates suggest that about half of the people who left actually made it to a new destination. This is Bird’s second book, after his memoir A Small Band of Men: An Englishman’s Adventures in Hong Kong’s Marine Police. For this book, Lord Wilson of Tillyorn, Governor of Hong Kong from 1987 to 1992, wrote the forward.

Excerpts from Along the Southern Boundary: A Marine Police Officer’s Frontline Account of the Vietnamese Boat People and their Arrival in Hong Kong can be viewed on the publisher’s website: www.blacksmithbooks.com