The luxury motoryacht caught fire off Positano in Italy 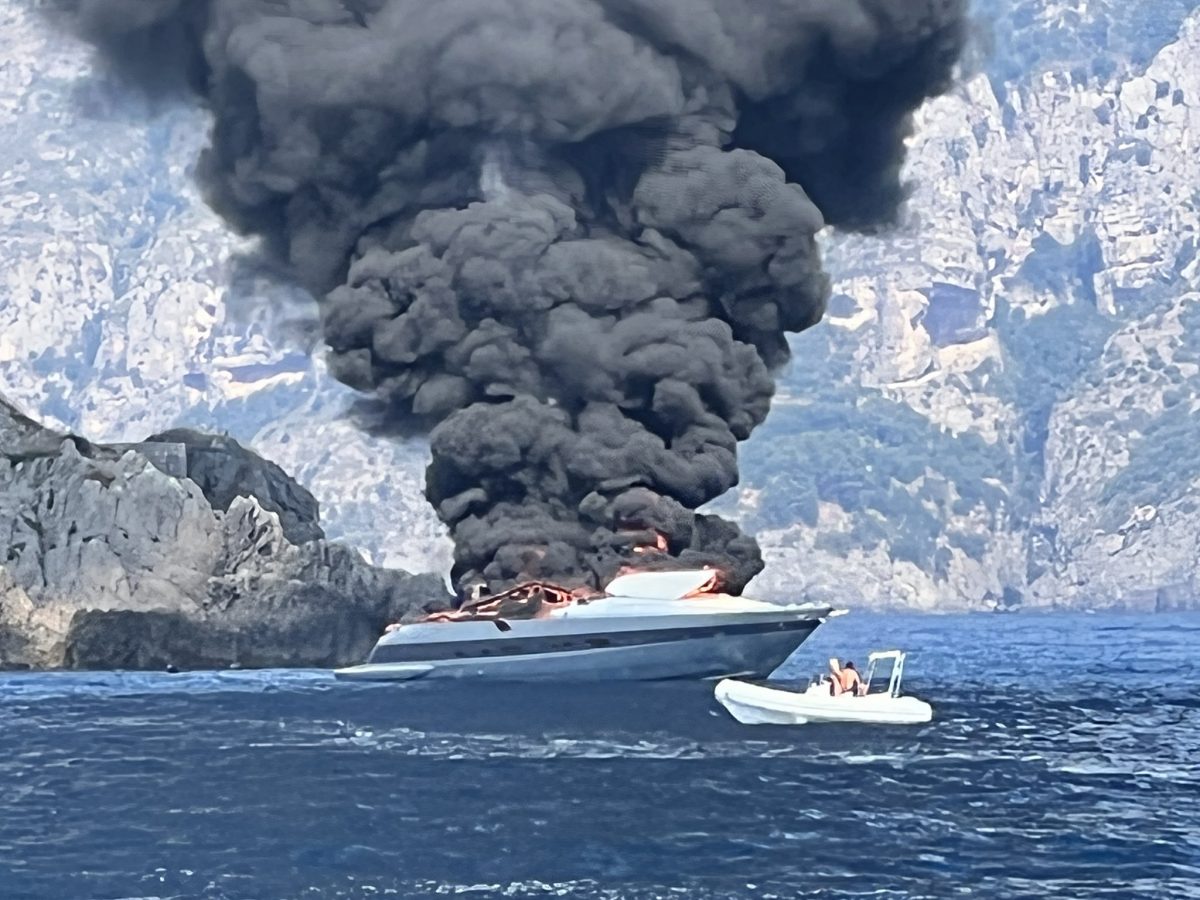 Dramatic footage taken by a passerby shows a 27-metre Pershing yacht engulfed in flames, off the coast of Positano, on the Amalfi Coast in Italy.

Local fire crews, two drones and a helicopter were scrambled to the scene, as a column of black smoke poured out of the burning yacht.

Local media confirms that eight passengers and two crew members were safely evacuated from the blaze, with no casualties reported so far.

The yacht, which departed from Capri, is reported to have had eight people on board, including a British family and two crew members. While there have been no reported casualties, the yacht’s captain told local media: “We saved people, I lost everything”, after losing all his personal belongings in the fire.

The video was captured last Friday by Twitter user Ben Sharpe, near the small archipelago of Li Galli, close to the popular charter spot of Capri. The Italian Environment Ministry says it has surveilled the area for pollution and is collecting debris and spilt diesel.

The yacht is believed to be from the 26.95-metre Pershing 88 series. It is not yet known what caused the fire to break out, and investigations are ongoing.