Carbon-neutral superyacht was inspired by Alice in Wonderland 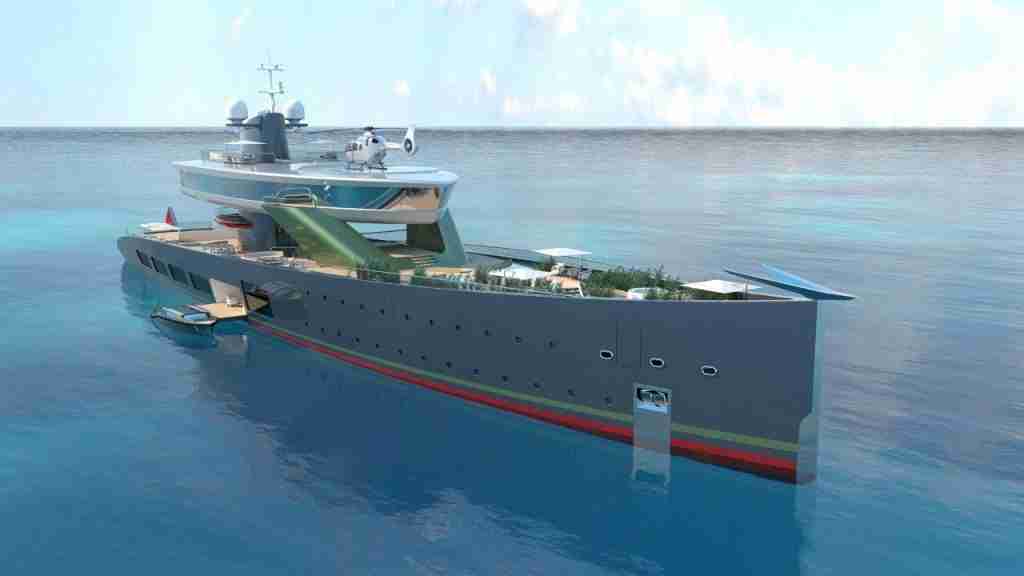 During the 2021 Monaco Yacht Show, German superyacht builder L√ºrssen displayed an innovative, climate neutral yacht model – ALICE. The aim was to show what a superyacht of the future might look like.

Though still just a concept, L√ºrssen describes ALICE is a “fraction of reality in movement.”

The name evokes the Alice of Alice in Wonderland, and with it the sense of wonder that goes with exploring a new realm.

Most notably, ALICE features an entirely self-contained “pod” construction for the upper deck, supported by large pillars that allow for movement between the open-air main deck and the bridge or upper deck. Such a construction would help minimise the hotel load (often the chief source of energy consumption, as opposed to propulsion) and also lower the weight, and therefore propulsion requirement. 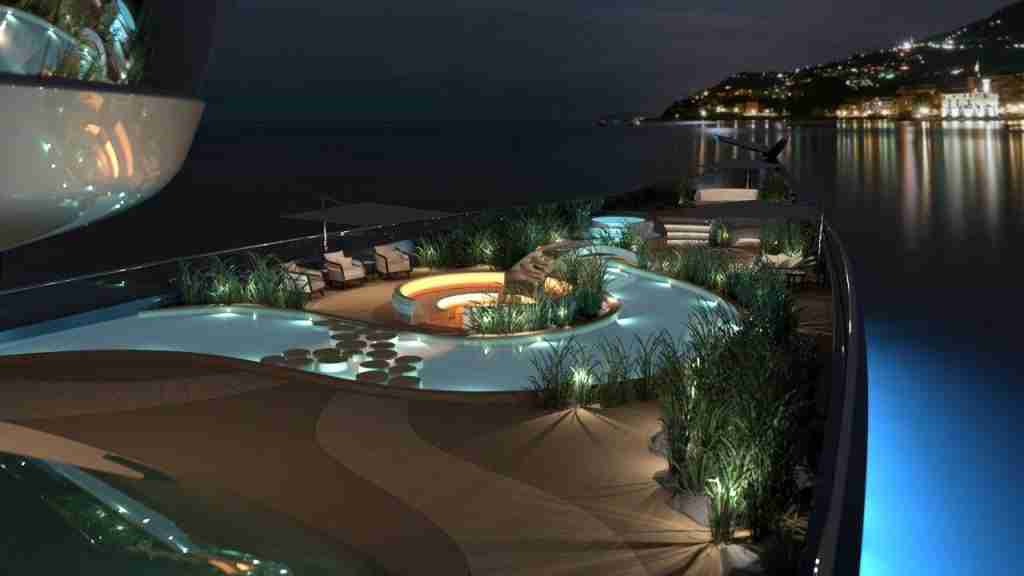 L√ºrssen has been in the forefront of experimenting with hydrogen and methanol powered systems for superyachts that would be emissions-free. The family-run company, based in Bremen, Germany, has also taken the lead in promoting sustainable superyachts with its participating in the Water Revolution Foundation. 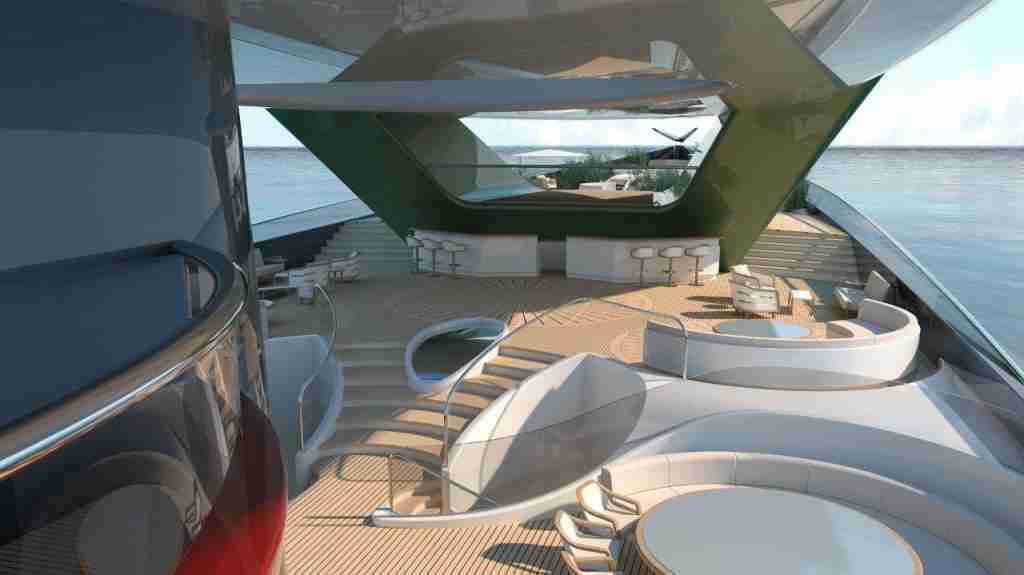 The yacht concept of tomorrow’s wonderland is driven by state-of-the-art design and ecological responsibility. Parks and ponds transform the yacht’s deck into a natural paradise. Combined with the “living walls” of the interior, there is a unique ecosystem on board. 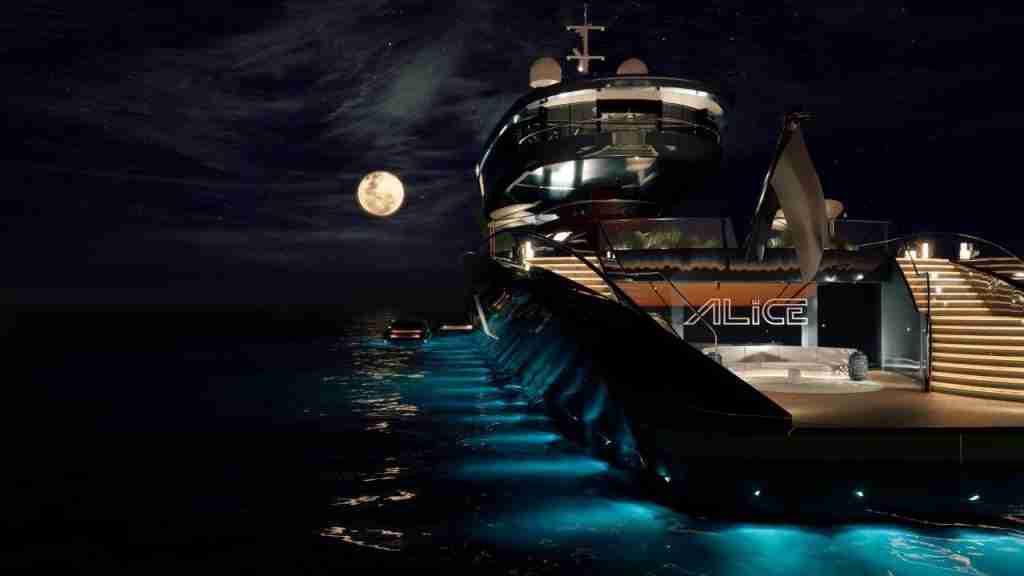 Teak is replaced by fast-growing and lightweight organically farmed wood that meets the high standards for yachts with the same exquisite look and feel. 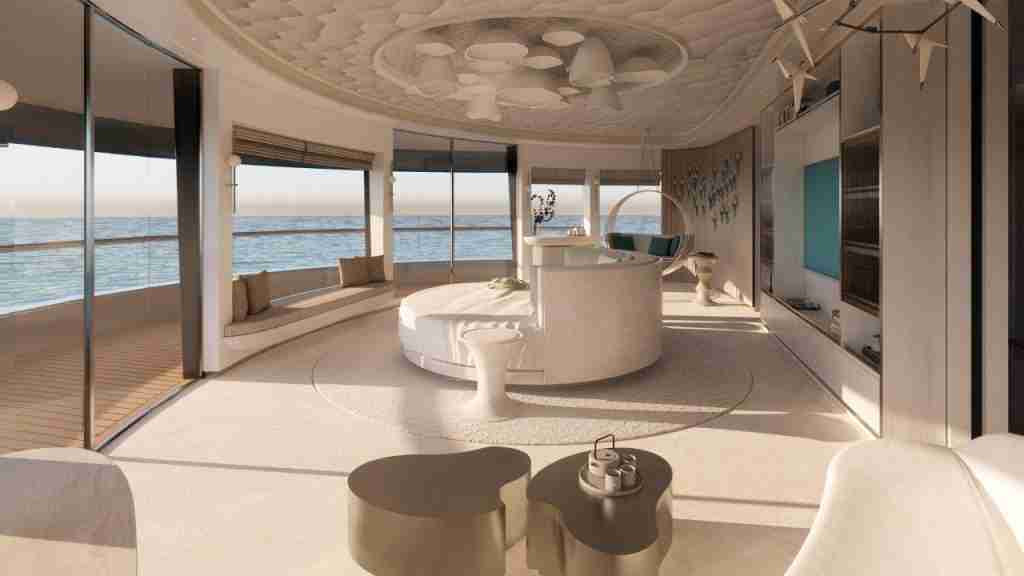 ALICE uses emission-free fuel cells to generate electrical energy based on hydrogen reformed from green methanol. The fuel cell replaces the conventional diesel generators on board. For higher speed and energy demands, an additional methanol engine is added. 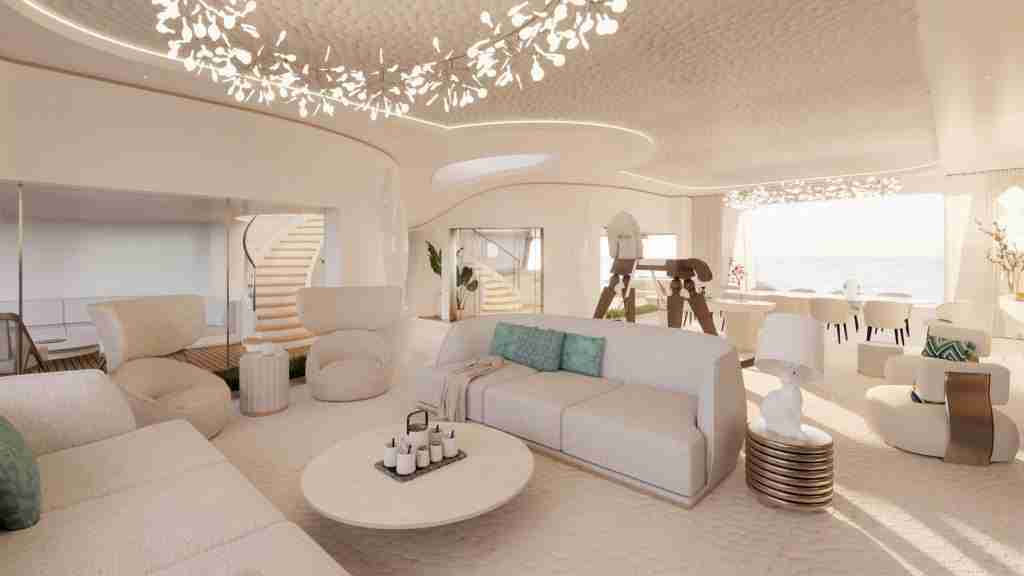 Energy saving technologies, such as waste heat recovery systems, are used to power the HVAC system. This is complemented by mirrored glass windows, which reflect excess heat, around the owner’s deck. This reduces the load on air conditioning systems. 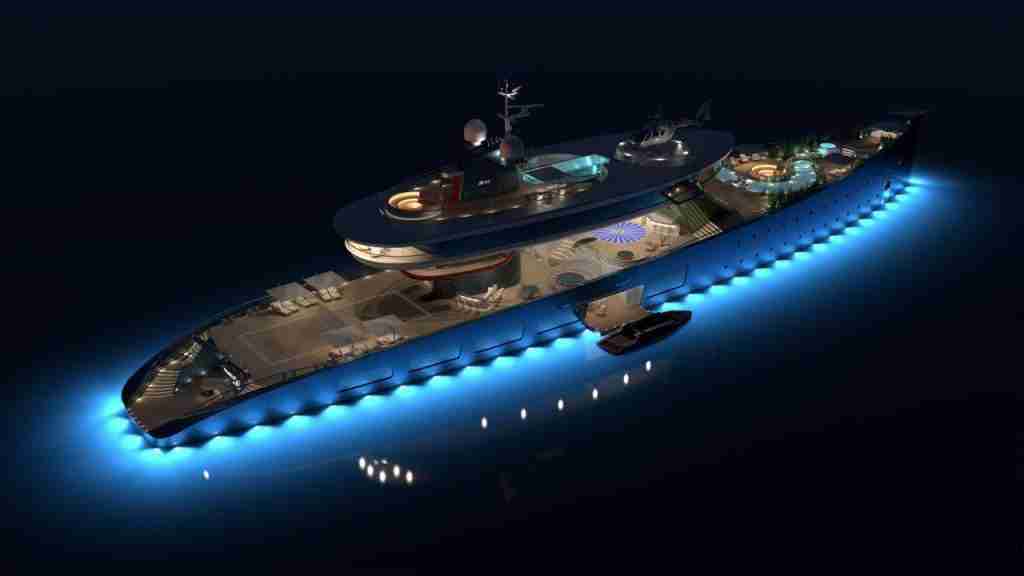