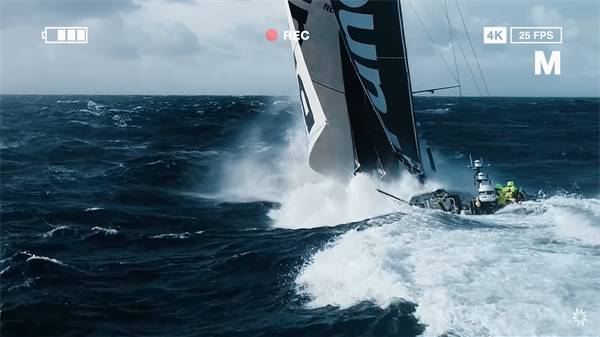 Held every three or four years since 1973, The Ocean Race (formerly Volvo Ocean Race) is the world’s toughest sailing event. Crews circumnavigate the globe for nine months, crossing the world’s most treacherous and remote oceans.

Since the 2008–2009 event, all boats have had a dedicated onboard reporter, who does not assist with sailing duties but is instead responsible for sending images and video to race headquarters via satellite. Naturally, the drone footage captured during these races is breathtaking enough, but maintaining control over a drone on a choppy, wet deck is a feat in its own right.

A new video by The Ocean Race documents some thrilling unseen footage of drone catches from the world’s most daring drone pilots.