Ocean Marina in Pattaya, Thailand, is to host the new boat show by Verventia

Pattaya is located about a two-hour drive from downtown Bangkok and has been a focal point of the tourism industry for years. Pattaya is now part of Thailand’s plan to reopen its economy to tourism from approved countries with no quarantine requirements.¬†

Verventia said that the plan for 2022 was to stage both events in March/April, but cautioned that it was watching pandemic related restrictions and developments carefully. Verventia said that in a “normal” year, the Pattaya event would be in November at the beginning of the season, and in Phuket it would be March.

“There is very strong demand for boating in the Gulf of Thailand now, especially from people living in and around Bangkok, and we can only see this getting stronger,” said Napong Paripontpochanapisuti, managing director of Ocean Property Company, the owners and operators of Ocean Marina. “We like their plans to bring in new boating consumers from China, Vietnam, Korea and the whole of the north-eastern part of the region via the shores of the Gulf – this is exactly what our clients in the industry on the Eastern Seaboard want to hear.”

Simpson Marine, one of Asia’s biggest yacht dealerships, signaled its intention to participate in the new shows. “The idea of keeping the continuity of one professional yacht show but spread over the two main destinations in Thailand is an excellent one. We applaud the decision of Ocean Marina to keep the faith and bring in the region’s best boat show organisers to help drive the market here as well as in Phuket,” said Howard Prime, Simpson Marine country manager for Thailand. 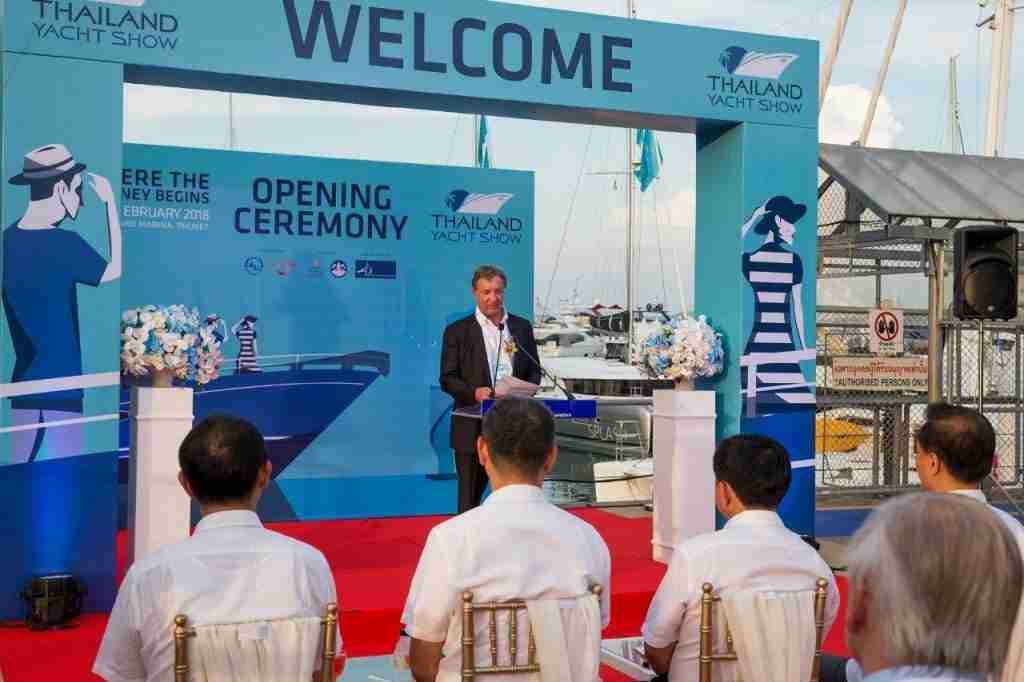 Andy Treadwell at the 2018 Thailand Yacht Show in Phuket

In a statement, Andy Treadwell, founder of Verventia, said that “this new agreement with Ocean Marina achieves an important strategic objective – the crucial break-through for our exhibitors into the Bangkok and Rest-of-Thailand markets that we’ve been trying to attract to Phuket for the past 6 years.”