For more than 16 years, the Vega – a 128-year-old cold-water Norwegian sailing cargo vessel – has been delivering supplies to Indonesia’s forgotten island inhabitants. Captain Shane Granger spoke to Asia-Pacific Boating about how to negotiate contact with some of the world’s most remote communities 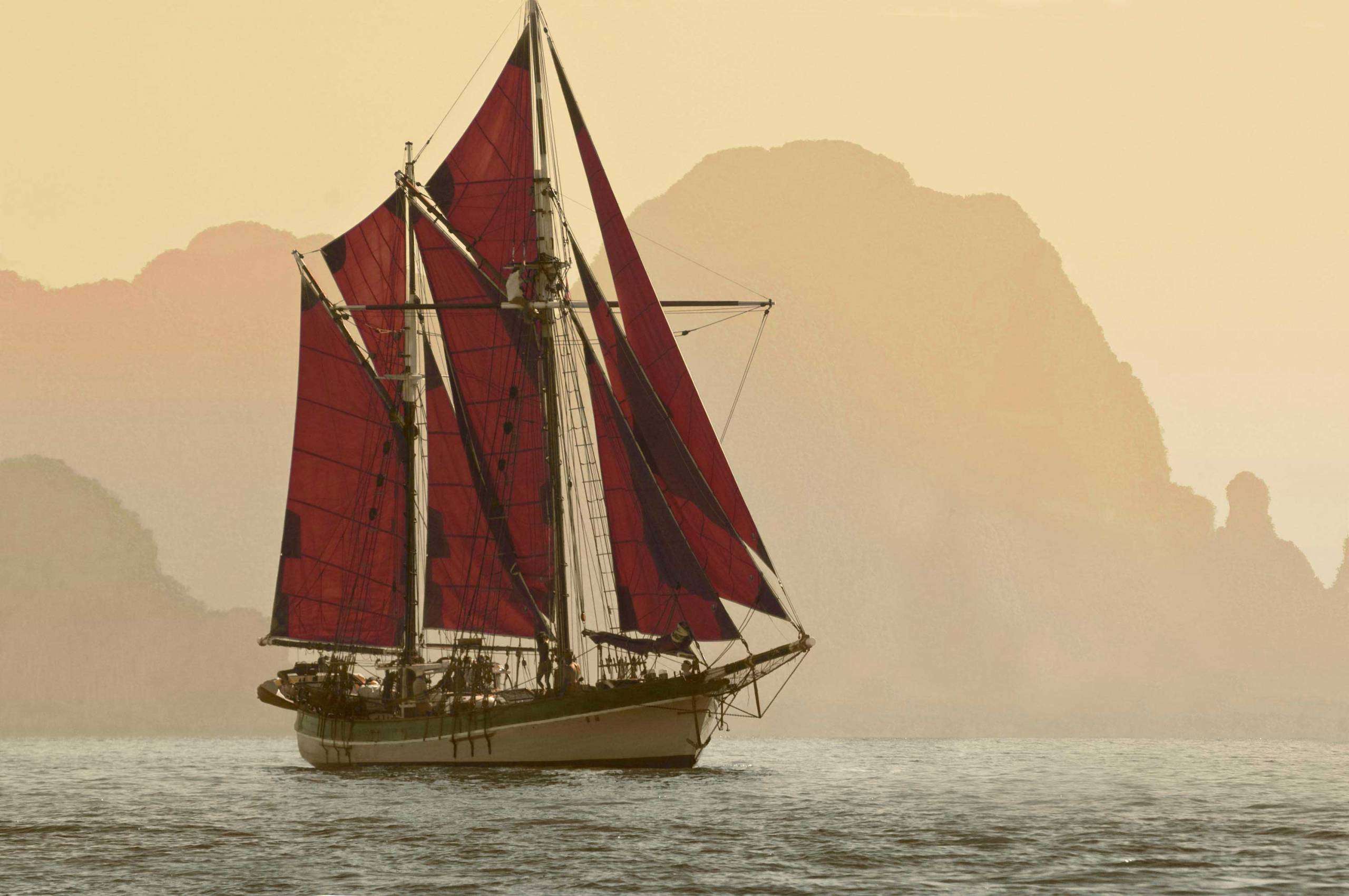 The Indonesian archipelago is so vast, that the number of islands within its territory is still disputed. Indonesia’s mapping authority says there are 13,466 islands, its aeronautical agency, however, lists 18,307 while the CIA World Factbook lists 17,508.

The discrepancy is due to the incredible variety of landforms in Indonesia – sandy cays and rocky reefs that can come and go with the tides. According to the Indonesian government, there are 8,844 named islands and 922 with permanent inhabitants. 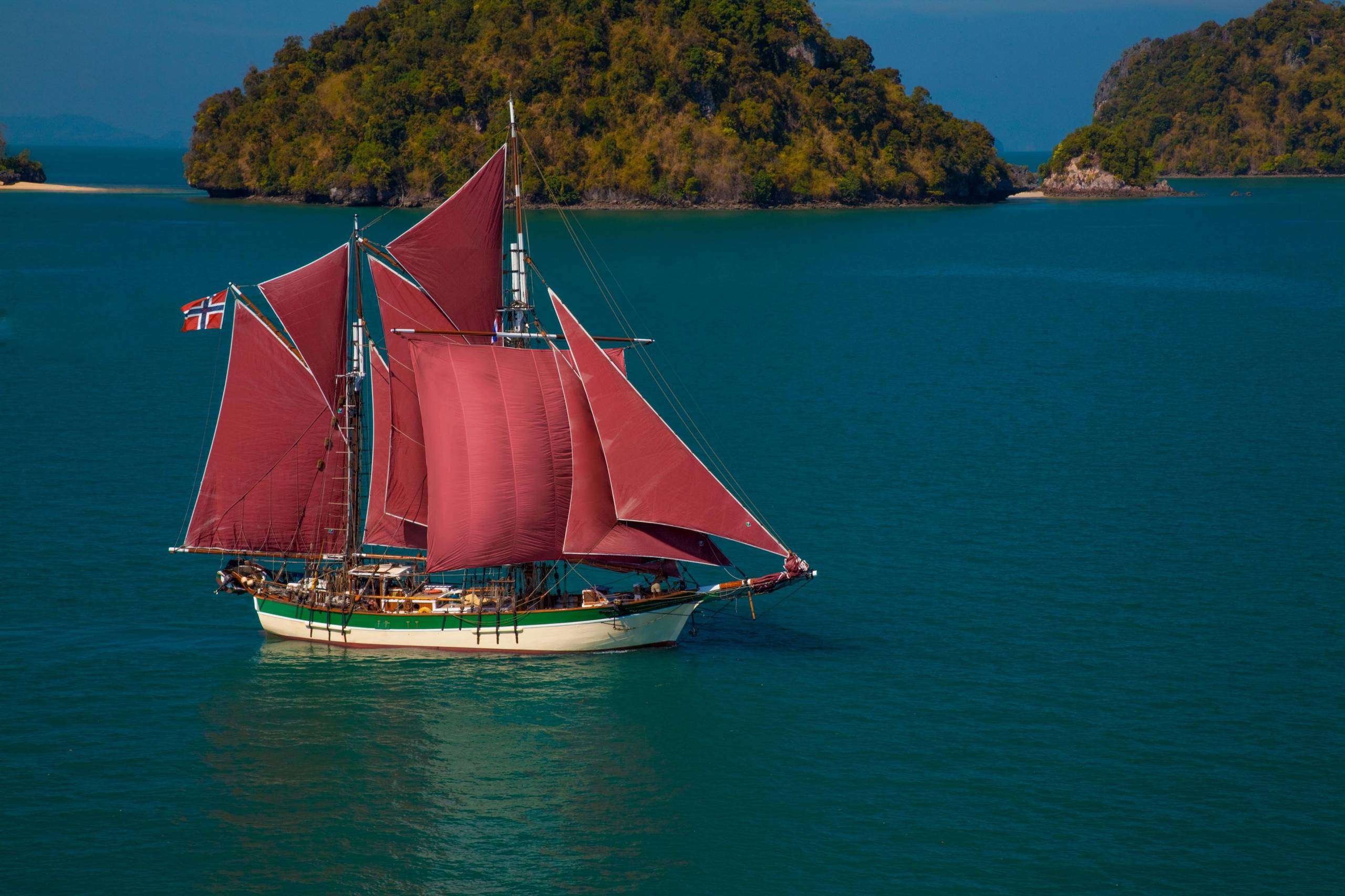 But ask Captain Shane Granger, though, and he’ll tell you that Indonesia’s ‘uninhabited’ islands are filled with communities so isolated and remote that they are effectively stateless.

“They are living on islands that are too small for the government to reach,” Granger says. “If they want to have an ID, they will have to make it to one of the bigger islands and that is a journey that most of them cannot afford or are unwilling to make. “They are simply forgotten and isolated.”

It’s these communities that the American former advertising photographer, along with his German partner Meggi Macoun, have been supplying in their 128-year-old Norwegian wooden sail-powered cargo vessel Vega for the past 16 years. 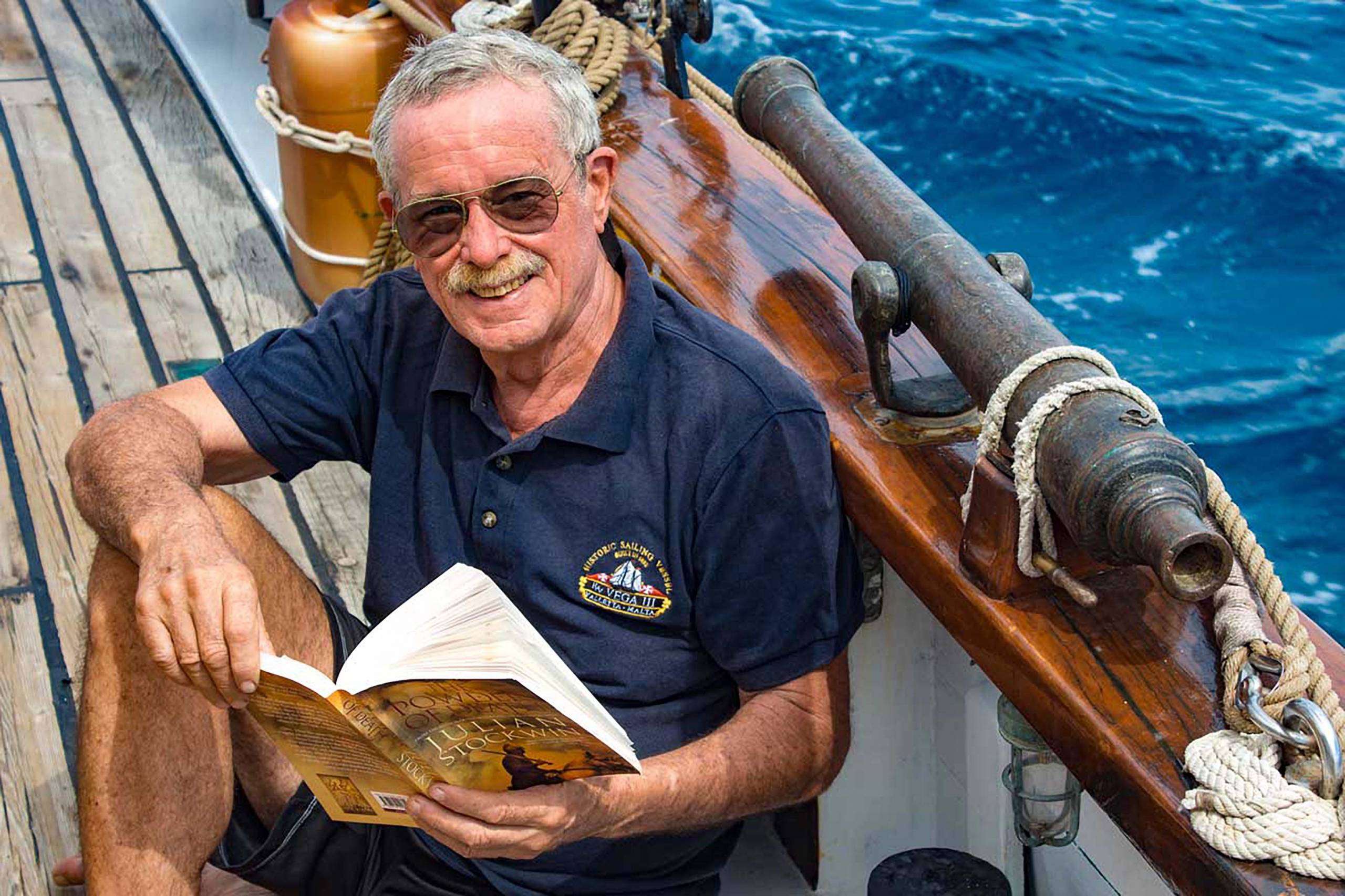 Granger, who originally bought the then-dilapidated historic vessel in the Canary Islands in 2001, says the Christmas Day tsunami of 2004 was the impetus for a mercy mission that has become an annual run along 18 islands through Eastern Indonesia and East Timor.

Since that first humanitarian trip of food and medical supplies, the Vega has delivered everything from pulse oximeters, foetal heartbeat monitors and autoclaves to midwife kits, schoolbags and computers. “Some of those villages are so isolated when we leave they often do not see another outside face until our return,” Granger says. 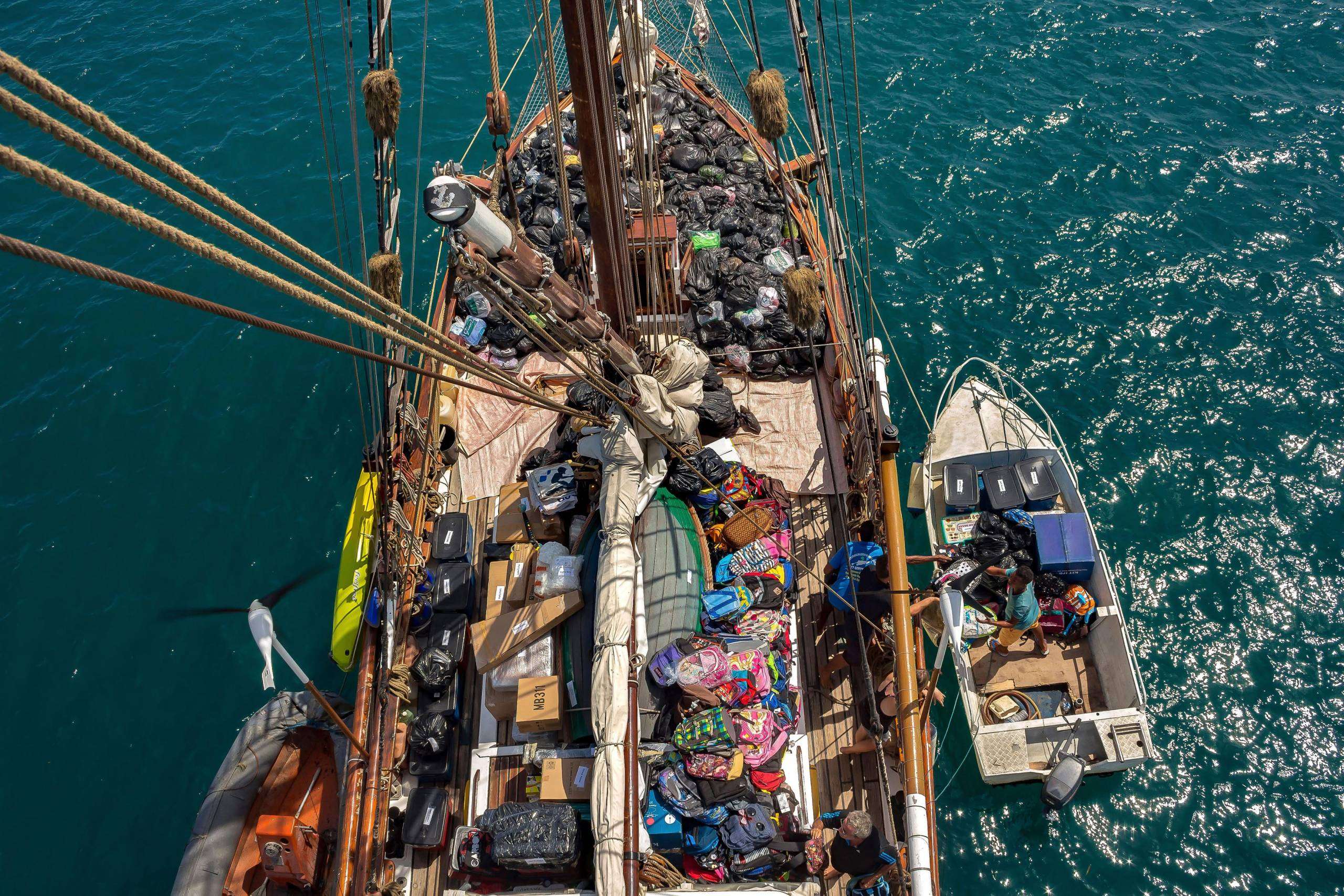 With ocean cruising growing every year, more and more people have the opportunity to visit places that can only ever be reached by sea, including these communities. For the cruisers and the local people, the encounters can have all the thrill of first contact.

But like many isolated eco-systems, contact can bring problems of its own. Granger spoke to Asia-Pacific Boating about the correct protocols for visiting remote island communities and how to get the most out of what can often be an unforgettable encounter. 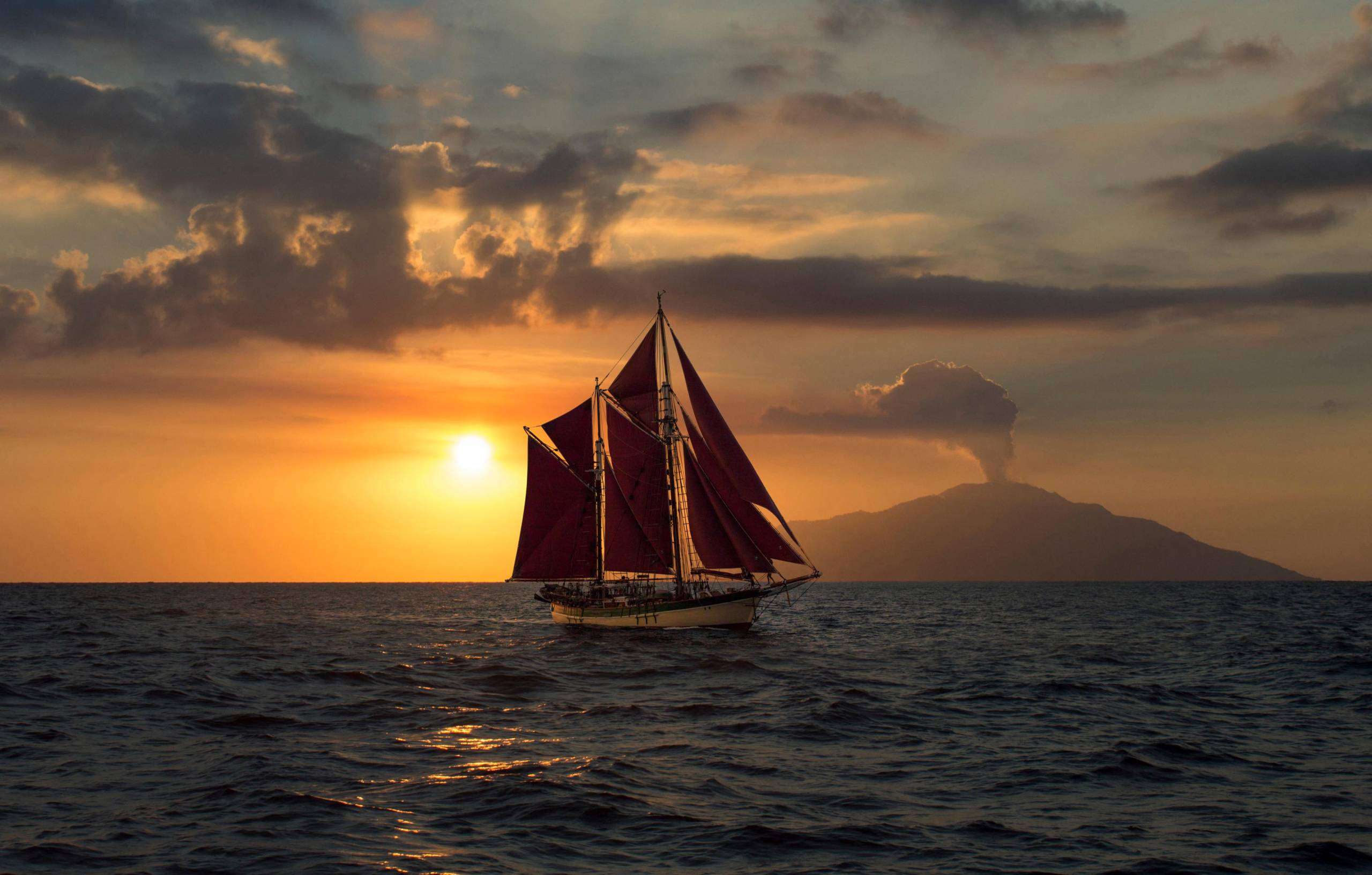 These islands are places where few cruisers visit, can you tell us what people can expect when anchoring at remote communities?
One advantage of owning a yacht is the ability to visit secluded places most people are unaware even exist and assisting small remote island communities offers a heart-warming new dimension to life. These pristine and remote islands are places where local people never see or meet tourist.

Most boats drop anchor for the night or a few days but often they miss out on a rewarding experience by not interacting with the local community. For people living on remote islands seeing new faces is exciting – they are curious to learn more about you and where you come from. In many cases, you may well be the most thrilling thing they have seen in ages.

The vast majority of islanders are friendly, yet common courtesy mixed with timidity prevents them approaching you directly. Children of course are naturally curious. In most cases all it takes is one smile or friendly gesture to have a small tribe of children dancing alongside you bubbling over with questions. If they haven’t been spoiled by tourists playing Santa Claus, they usually only want to satisfy their curiosity. Ask them where to find a teacher or the village headman. 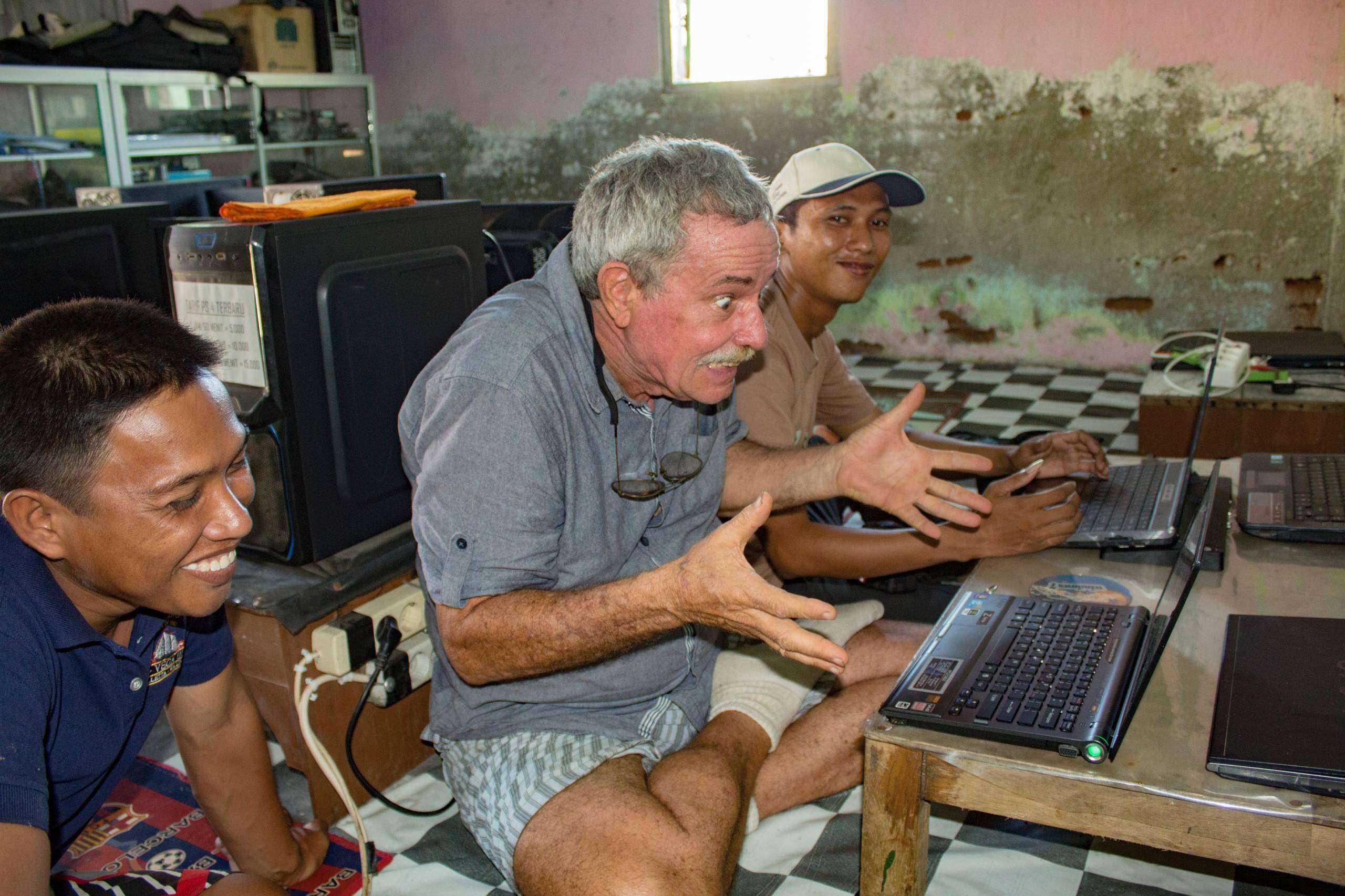 Captain Granger gets a computer lesson

What should be your first port of call?
The best way to enter a small community is through a courtesy call on the island or village headman. Although many village teachers speak a smattering of English, your best friend is a mobile phone translation program, where you speak to the phone and it translates your words into the local language.

Keep your dealings friendly, yet businesslike. Imagine meeting a new neighbour for the first time. Show an interest in the community. “You allow us to enjoy your beautiful island what can we do for you in return?” Do not be surprised if he seems a bit formal or even lost. You might be the first outsider he has met in ages.

What are good things to bring with you?
Take a small gift – a packet of coffee beans or tea works well. Avoid alcohol in Muslim countries. Although in my experience most islanders enjoy a nip or two, often producing their own home-brewed variation on paint stripper. Indonesian ‘sopi’ comes to mind. 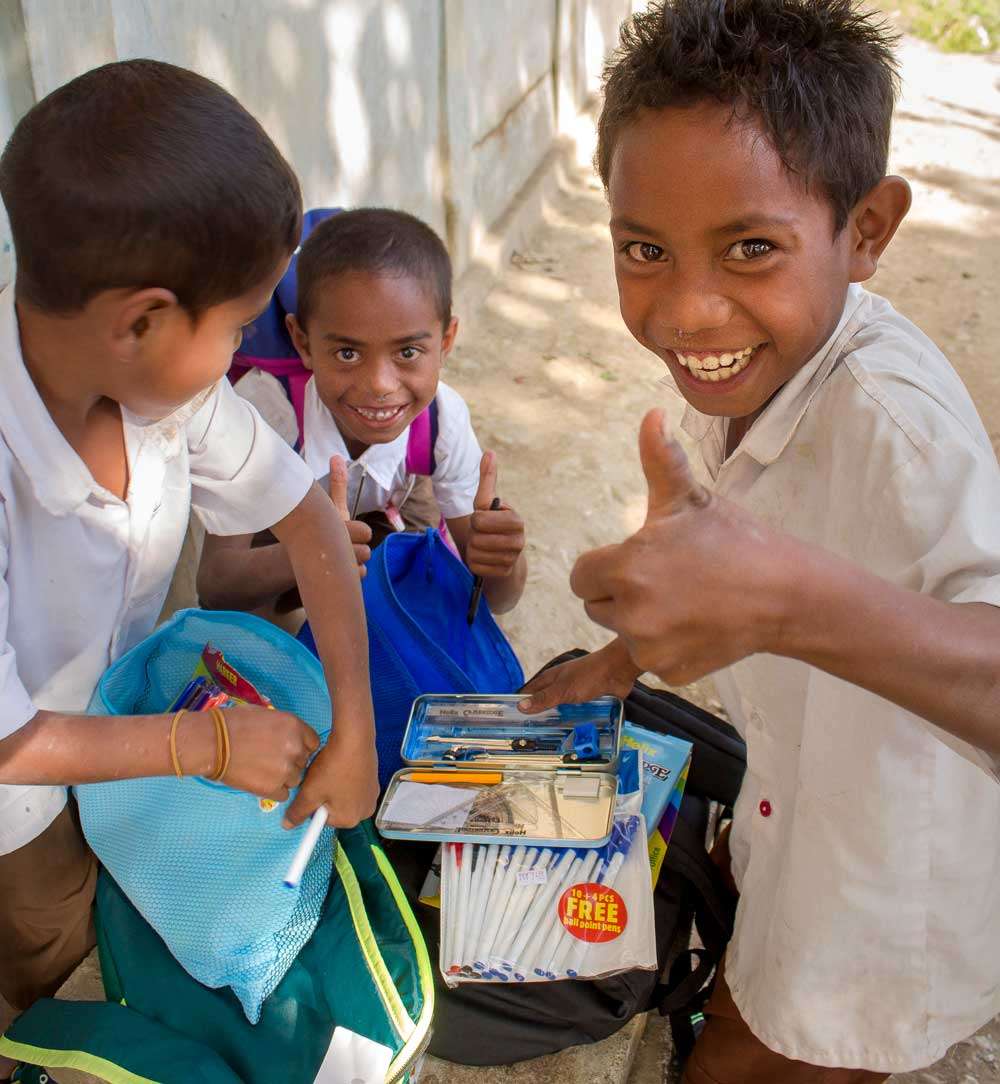 How should you behave in these communities?
Here is the best tip I can give you. Be a visitor, not a tourist. Do not play Santa Claus. If islanders see you as a source of free goodies it will not take long for them to start swarming newly arrived vessels hoping for handouts. And that is how paradise is spoiled. If you really want to help, treat those people and their community as if it were your own.

Although disadvantaged by geography, the citizens of those islands are not beggars. They are proud, honourable people making the best of a situation where you or I could not hope to survive.

What’s the best way to make a meaningful contribution?
English teachers are always happy when outsiders visit their classrooms. The children love it even more. An hour of small talk gives kids and teachers a rare opportunity to practice on native speakers. Buying local seafood and produce contributes to the island economy, but when something breaks on a small island there is usually no one to repair it, so you can make very valuable contributions in other ways. 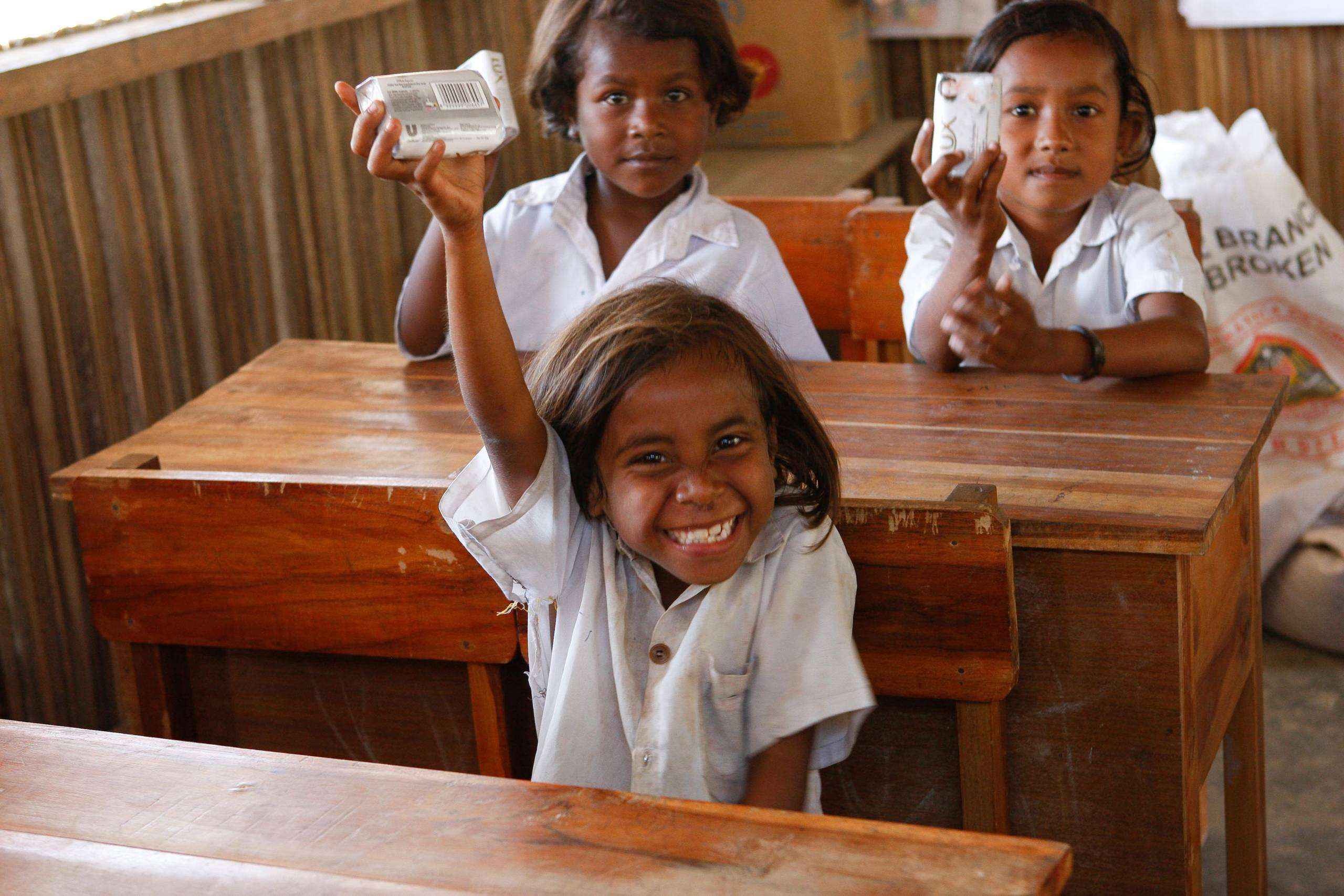 So almost anything will be useful to these communities?
The skills you have on board are often more important than things. Ship’s engineers are among the most versatile, inventive creatures imaginable. They daily manage everything from propulsion to sewage systems and still find time to maintain a mini-electrical grid so the ice machine works. They also have the tools to fix things. Many islands only have pliers, an adjustable spanner, several abused screwdrivers and a hammer.

Can you tell us about particular problems you’ve had to encounter on these island runs?
The number of outboard motors and small generators we rescued from death’s door over the years would astound you. Each represented an important contribution to community welfare. Asked to repair one of only two sewing machines on the remote island of Nila, both broken, I cannibalised one to repair the best of them. When we returned the following year with spare parts the island threw a party.

On another island, their water maker suddenly stopped working because the fuse blew because a suicidal cockroach shorted two power leads. When rising sea levels contaminated their wells, the government installed that unit but did not train anyone to maintain it. Afraid to open the control box, villagers existed on brackish well water for months. Fortunately, we had a spare fuse on board. The following morning we found a huge stalk of bananas, loads of coconuts and two large fish on our deck. 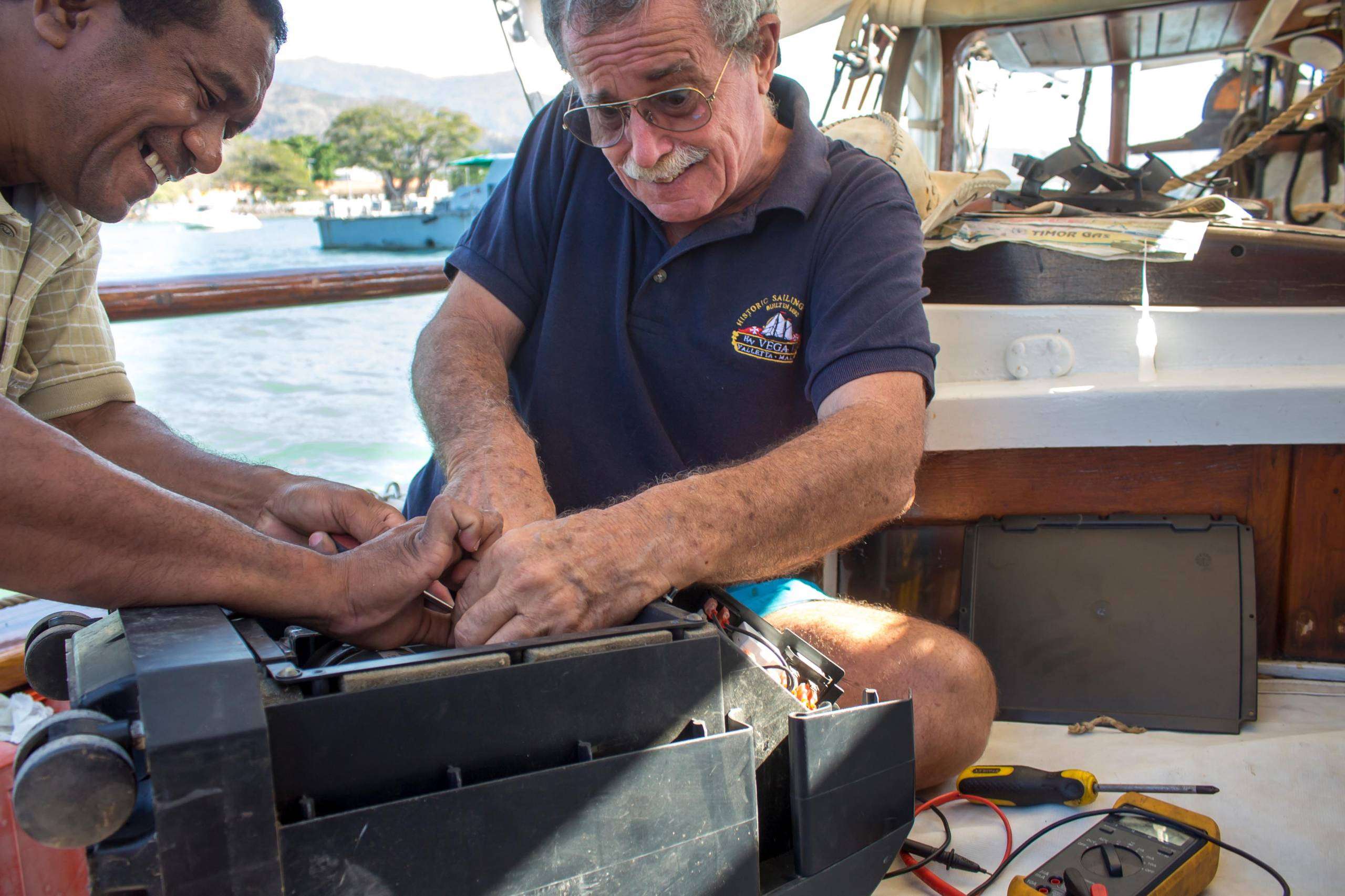 What would be your final piece of advice to visiting cruisers in this region?
Do not dump your rubbish in the water or on the island. They have enough trouble managing their own trash without yours adding to the problem.

Every year Vega sails over 6,000 miles to collect and deliver the donated equipment but relies on donations and sales of its e-books. To find out more about historic vessel Vega’s annual humanitarian missions – and to help with their work – visit their website: