The First Yacht 53 and Oceanis Yacht 54 arrive in Hong Kong this month for viewings, with a recent order of flagship Oceanis Yacht 62 also received.

It has been a busy period for Beneteau in Hong Kong, following the successful conclusion of the city’s first Beneteau Cup, a two-day regatta held in perfect conditions on May 15-16.

Regional dealer Simpson Marine has reported that two new models – the First Yacht 53 and Oceanis Yacht 54 – are both arriving into Hong Kong in early June. Both models will be available for private viewings and sea trials for pre-registered customers. 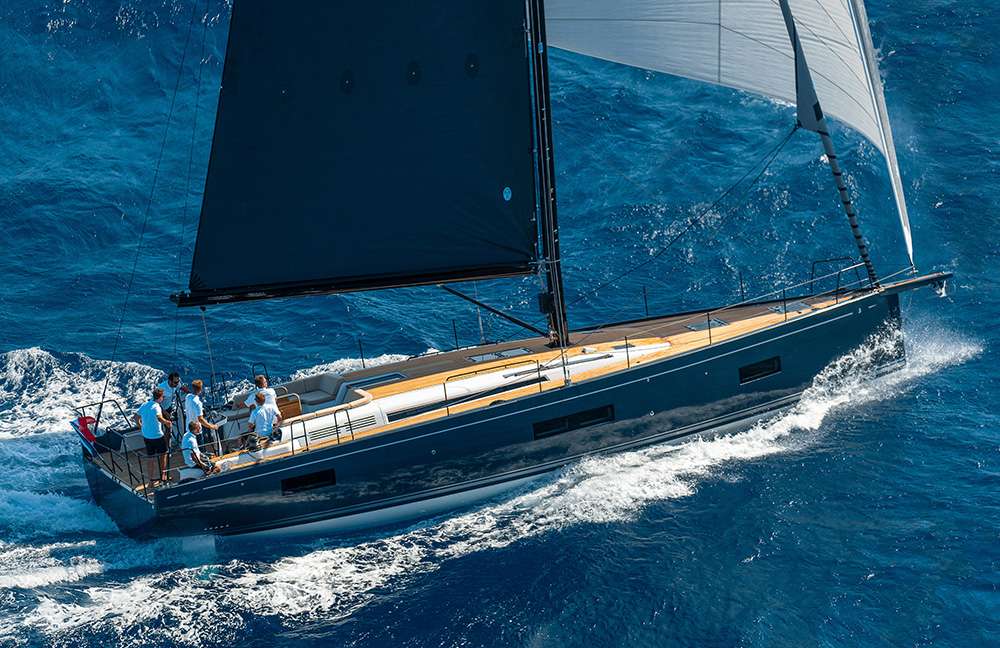 The First Yacht 53 made her first preliminary tacks in autumn 2019, but first reached Asia in September 2020, thanks to Simpson Marine, which reported its second sale of the sleek performance yacht into Taiwan.

If sailing yachts are all variations on a theme – fore and aft cabins, chart tables, pokey seating areas, and equally pokey galleys – then there’s a good reason. The simple physics of a narrow living space that heels at a 45-degree angle allows for little else.

Beneteau’s First Yacht 53, however, has departed from many of these well-worn design traditions to get the interior luxury yacht into a performance sailing yacht.

The deck plan and interior of the First Yacht 53 were designed by Lorenzo Argento, known for attention to detail and a sharp sense of style. The model is graced with the minimalist features of modern yachting: low coachroof, broad open stern, clean cockpit. 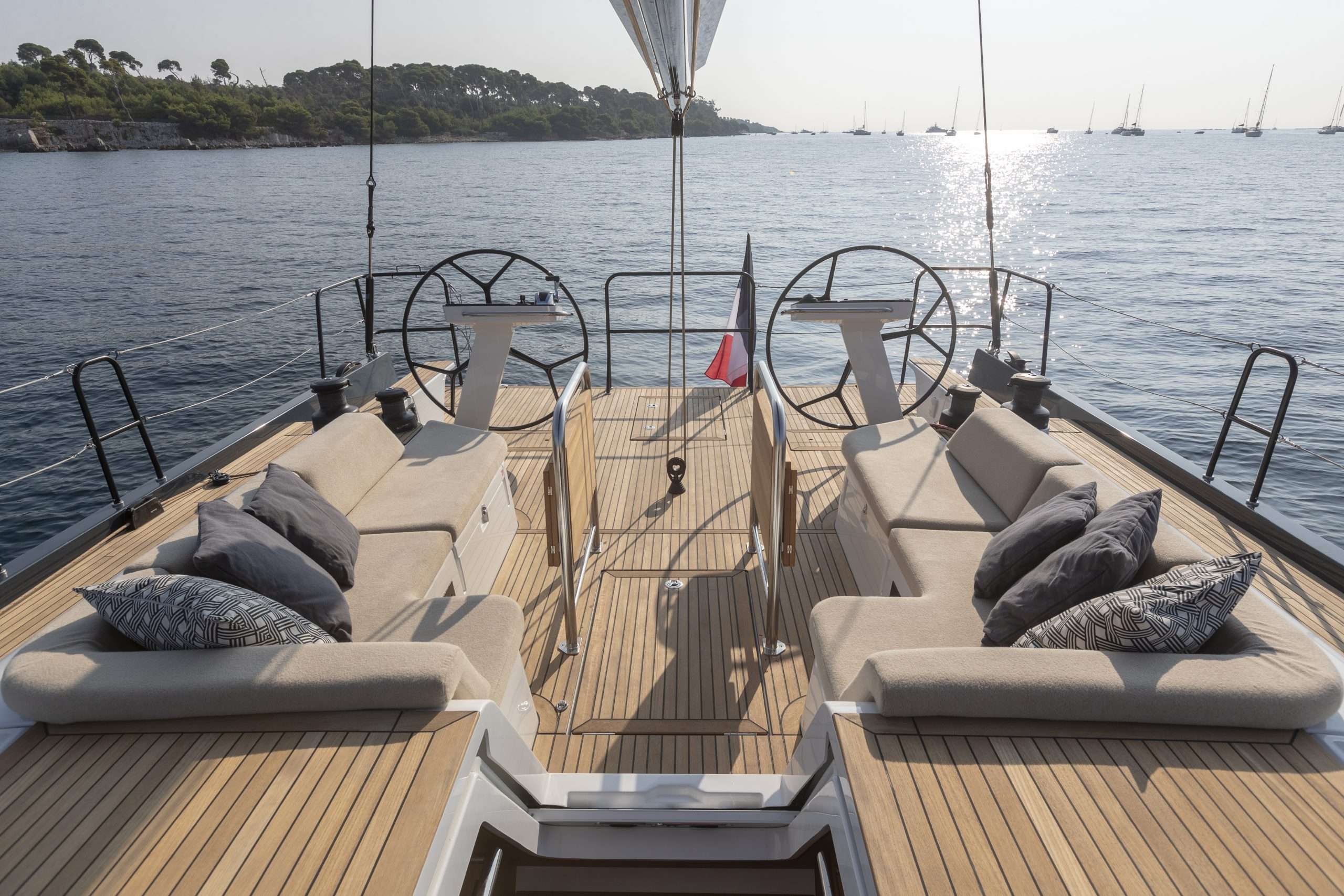 The living spaces are designed for comfort, with white lacquered wood against classic teak. A cosy saloon has facing seats for up to six people. The voluminous owner cabin has carefully selected fittings: large port shower with teak seat, port head, large backlit hanging lockers, a chest of drawers and island bed. 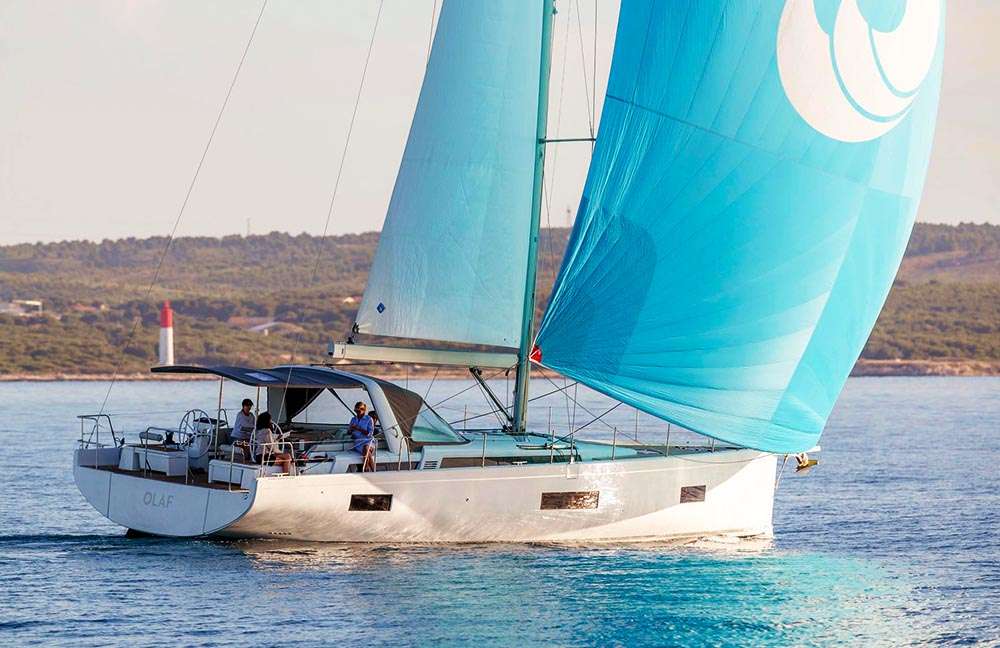 In order to strengthen its offering for large luxury monohull cruisers, Beneteau has taken the hull of its “Luxury Performance” First 53 and repackaged it to create the family-friendly cruiser Oceanis Yacht 54.

The design work on the Oceanis Yacht 54 was completed by Roberto Biscontini (naval architecture) and Lorenzo Argento (interior and exterior designer), whose brief was to create a comfortable yacht, with luxury finishes, which offers fluidity in movements on board and manoeuvres under sail.

The cockpit of the Oceanis Yacht 54 represents more than a third of the total yacht’s deck area, and the yacht has been designed to offer ease of navigation with manoeuvres grouped together at the rear of the cockpit, which is immediately accessible from the two steering wheels, and by integrating technologies that facilitate navigation with a reduced crew. 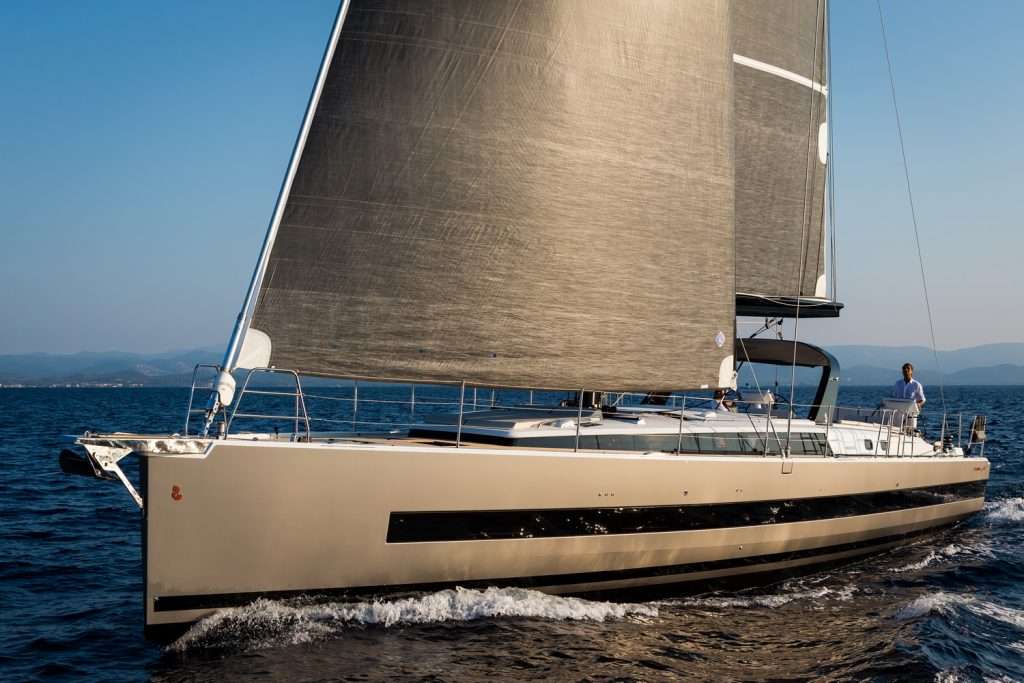 This sleek sailing yacht will officially become the SAR’s flagship sailing Beneteau after its arrival later this year, and is destined to make a mark on Hong Kong’s racing and cruising scene.

She represents a fusion between the comfort and functionality of motorboats and the fun of sailing boats, and boasts a clean deck and a chined hull, with twin rudders and a perfectly balanced sail plan.

When you look at the Oceanis 62 while it’s at the docks, the first thing that meets the eye is the stern – a huge mouth that hides the tender garage that can house a 2.85m Williams jet RIB. This easily accessible dinghy garage is the biggest on similarly sized yachts in her class, making launches much easier.

Six sunbeds are distributed between the stern of the yacht, cockpit, coach roof and foredeck, with a double sunbed coming with in-built lights and speakers.

The original layout of the Oceanis Yacht 62 is centred around a spacious saloon and separate spaces, designed to maximise privacy. Bathed in light by huge hull portholes, this luxurious yacht offers fine finishes and exclusive woodwork.