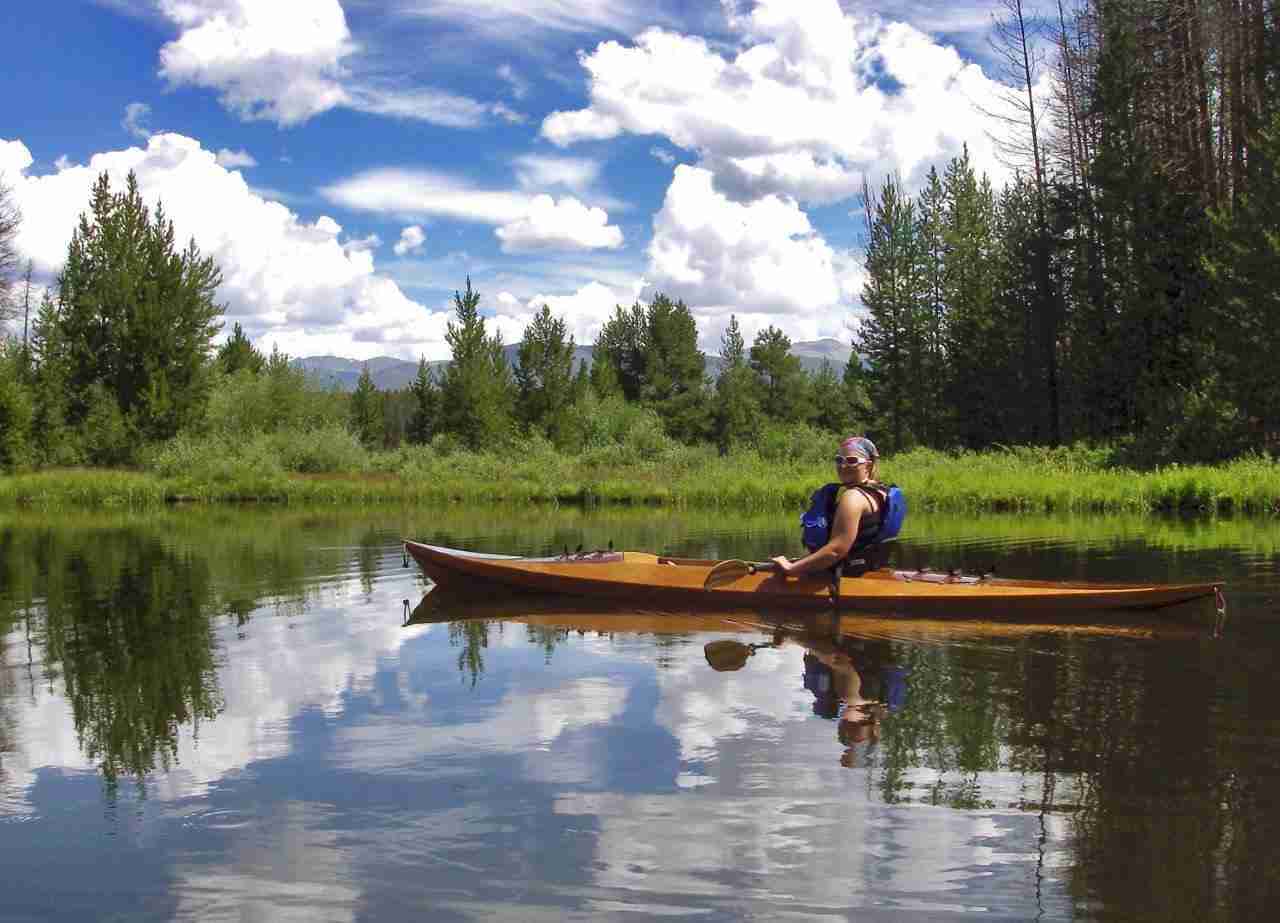 “The world is full of magic things, patiently waiting for our senses to grow sharper,” WB Yeats once wrote. It is a quote repeated by Rob Macks, founder of Laughing Loon and builder of wooden kayaks and canoes.

For some, one of the best parts of yachting is being able to explore remote or inaccessible coastlines. Taking a kayak off the back of a yacht at anchor and quietly, unobtrusively paddling into a mangrove, around a river mouth or along a shoreline lets one get up close and personal with nature, listen to the birds, and catch a glimpse of sea life.

Most large-sized yachts for charter or personal use now stow plastic kayaks as part of their toy inventory. But for the owner seeking something special and beautiful, there is a superior choice. Owners can opt for wooden kayaks, often made by individual builders working from designs developed by the Inuit of the high Arctic, where kayaks were invented. 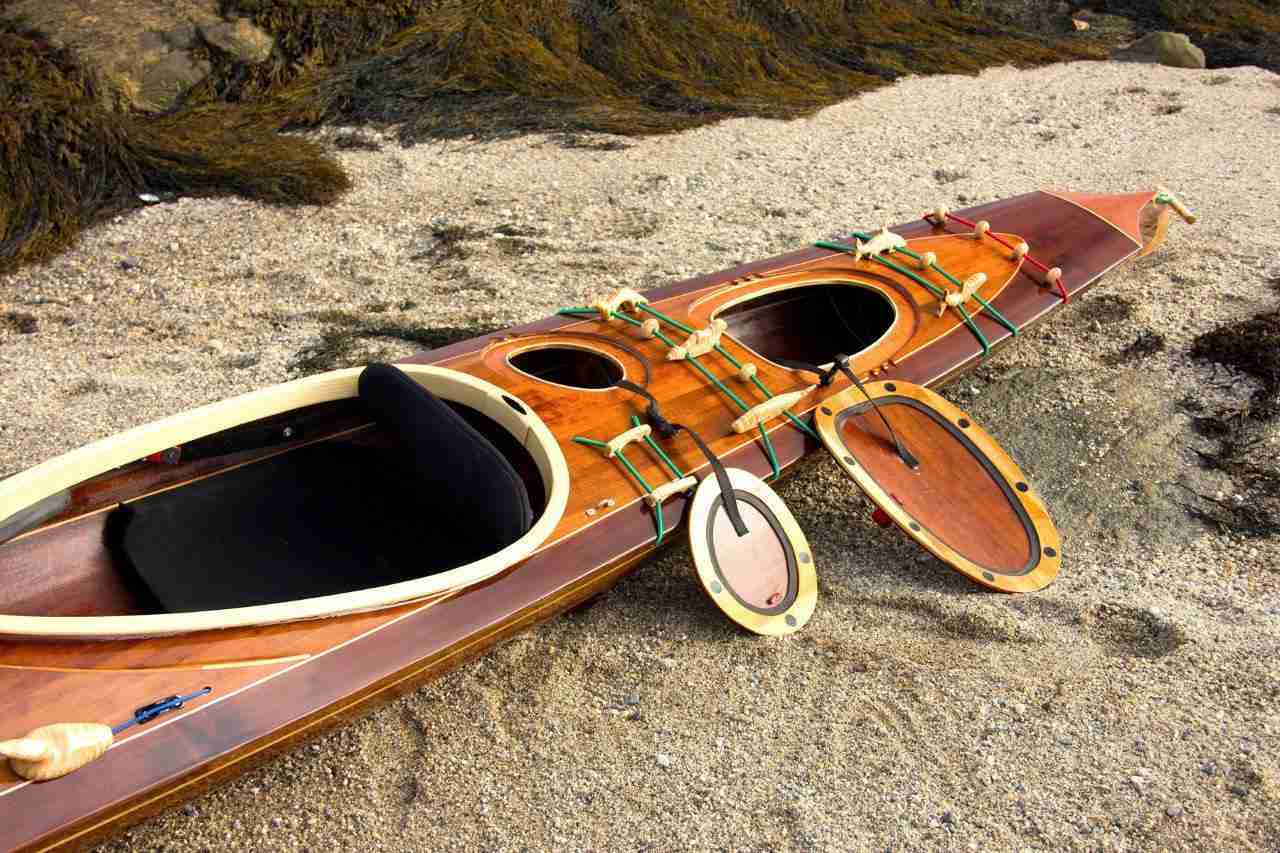 In 1991, Macks established Laughing Loon, which he says is the first company to design, build and offer plans for kayaks and canoes inspired by indigenous boats. Macks is a sculptor and woodworker who spent years canoeing and kayaking, as well as portaging heavy canoes around the lakes of northern Ontario, which encouraged a desire to build lightweight, wooden canoes and kayaks.

Working out of Maine, Macks developed his strip-building techniques and today offers a range of canoes and kayaks that bear Inuit design. One of his classic designs is the Ootek, which weighs just over 15 kilogrammes and is based on a Greenland Inuit design. 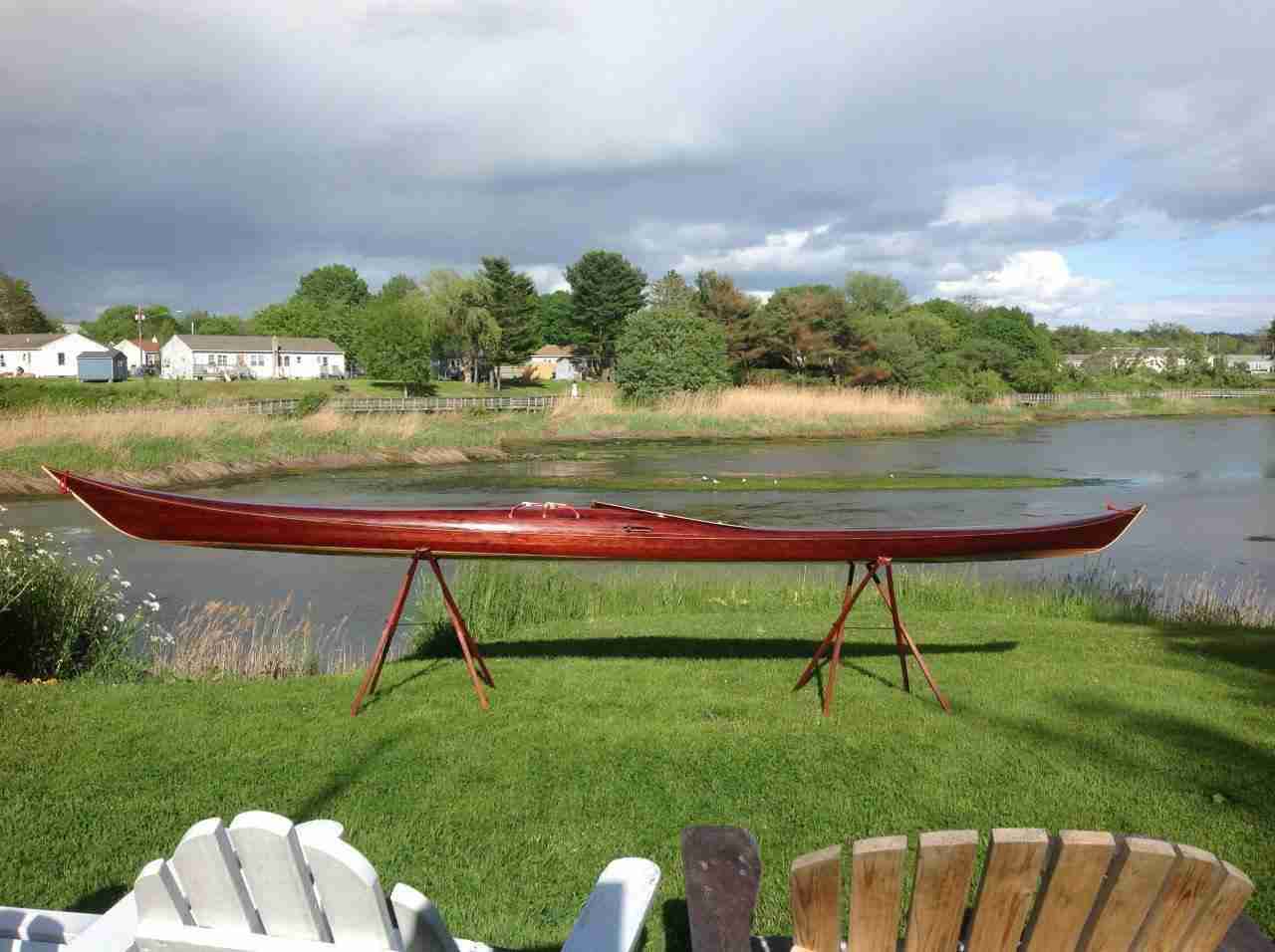 The other major design by Macks is the Shooting Star, a slightly lighter boat that is based on the Baidarka kayak design used by the Inuit of the Aleutian Islands of Alaska. The Aleutian Islands straddle the northern Pacific Ocean and the Bering Sea, which collided around these islands. The people who paddled out to hunt in these waters had to face tough conditions in small boats that would not capsize.

Macks says that Baidarkas handle very differently and more stable in rough waters, due to the volume of the hull carried all the way to the bow and stern. “This design is tuned for surfing big waves and to travel long distances (while) expending minimal energy.”

Owners can opt for wooden kayaks, often made by individual builders working from designs developed by the Inuit of the high Arctic 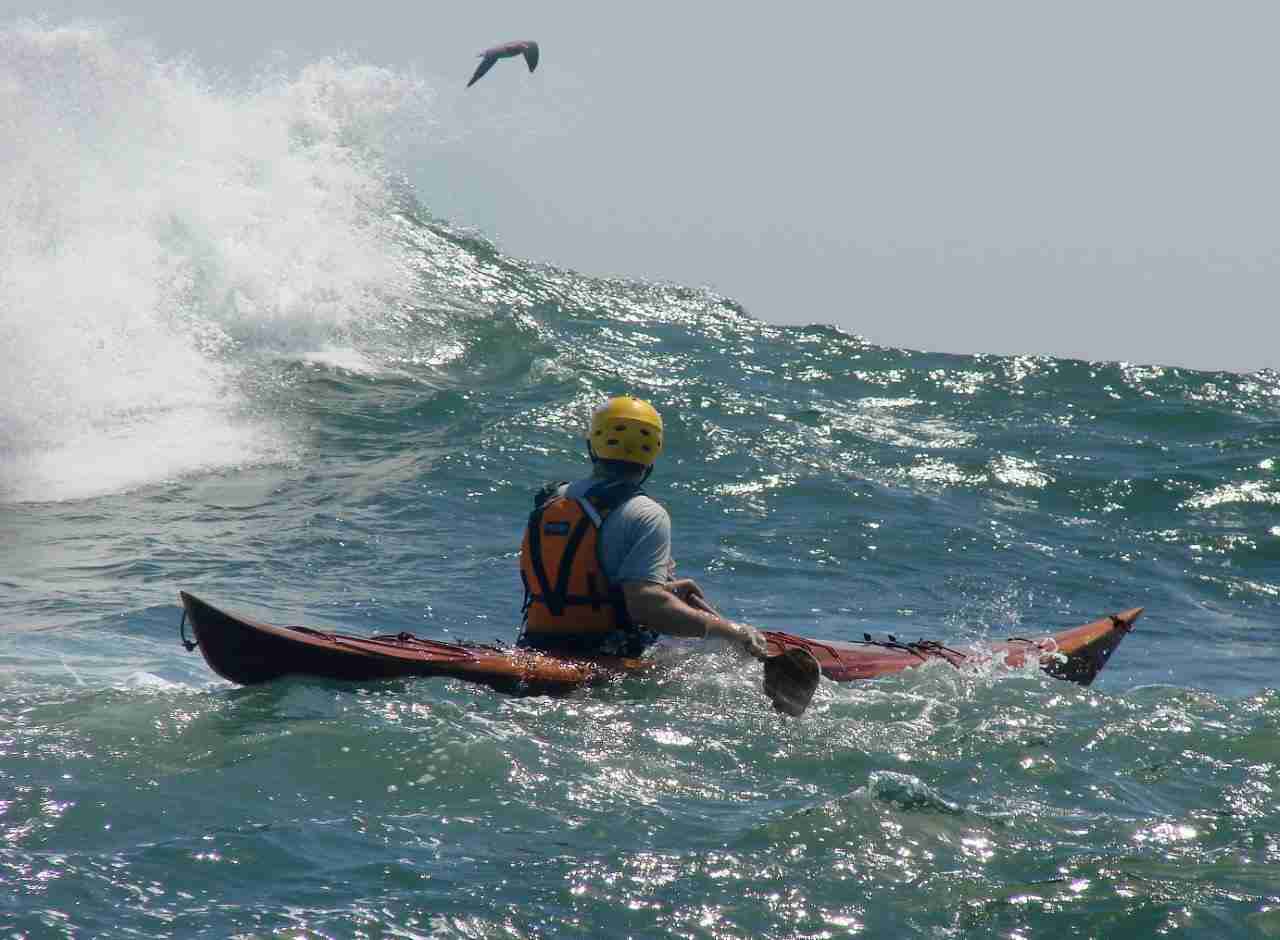 Nick Schade is an American boatbuilder who has gained a worldwide reputation for his custom-built wood kayaks and canoes that can easily be called works of art. With a shop located in Connecticut, US, along the shores of the Long Island Sound, Schade and his kayaks have been featured in the¬†Financial Times,¬†ForbesLife,¬†The Robb Report¬†and even¬†Wired.

“There is a particular quality about a finely crafted wooden kayak; its motion through the water seems somehow smoother than other kayaks, and the sweep of the sheer and smooth arc of the deck draws the hand as well as the eye,” Schade told the¬†Times. 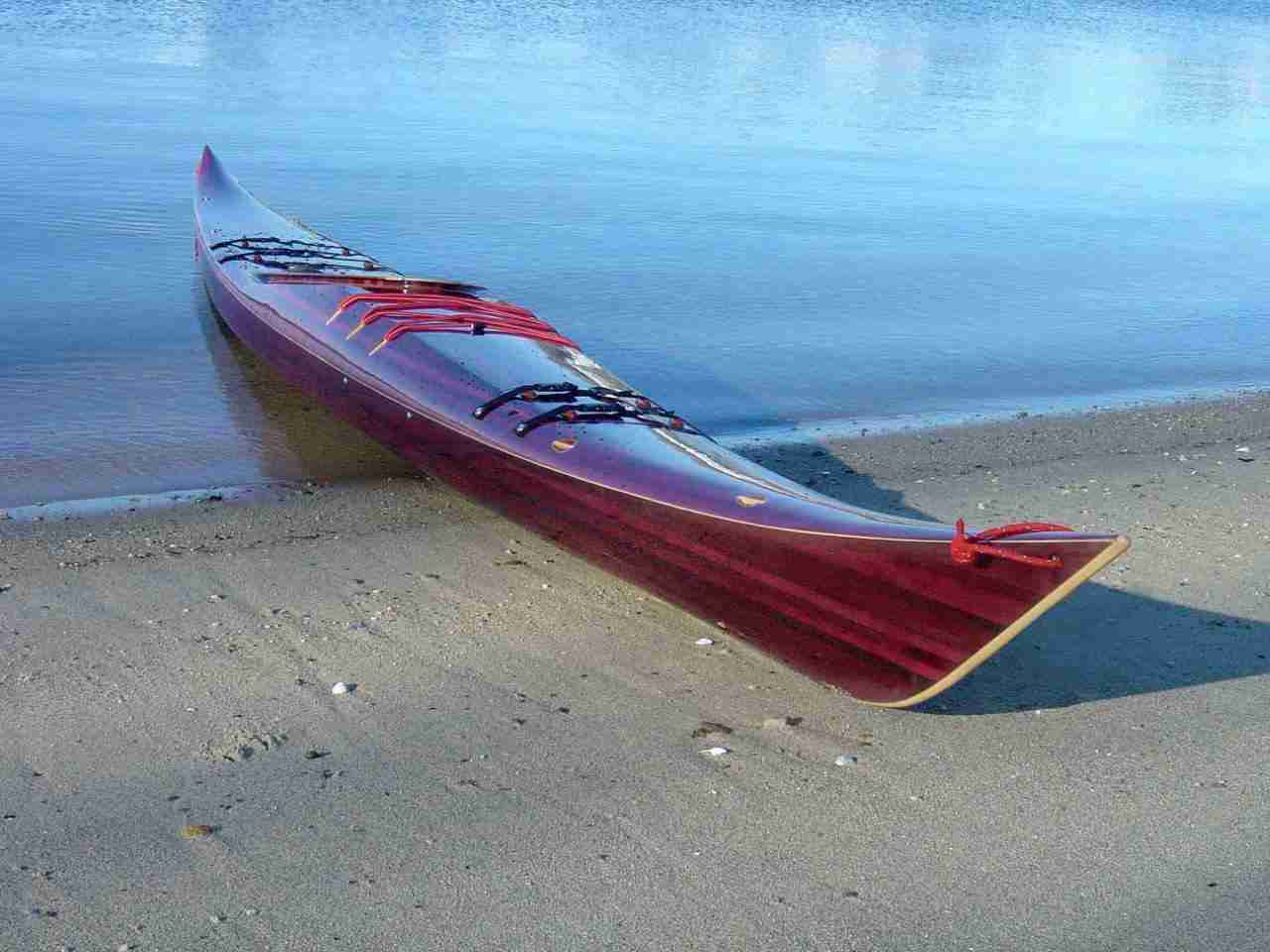 Schade started designing and building boats while in school. He studied electrical engineering and later worked in the US Navy. By 1993, he decided to turn his hobby into a full-time business.

Schade was inspired by the look of traditional kayaks made by the Inuit of the high Arctic and the wooden artistry found on early runabout yachts of the 1920s. Various styles and shapes of kayak emerged out of the needs of Inuit hunters, who would venture out into tough conditions in the open Arctic seas to bring back whale and seal. 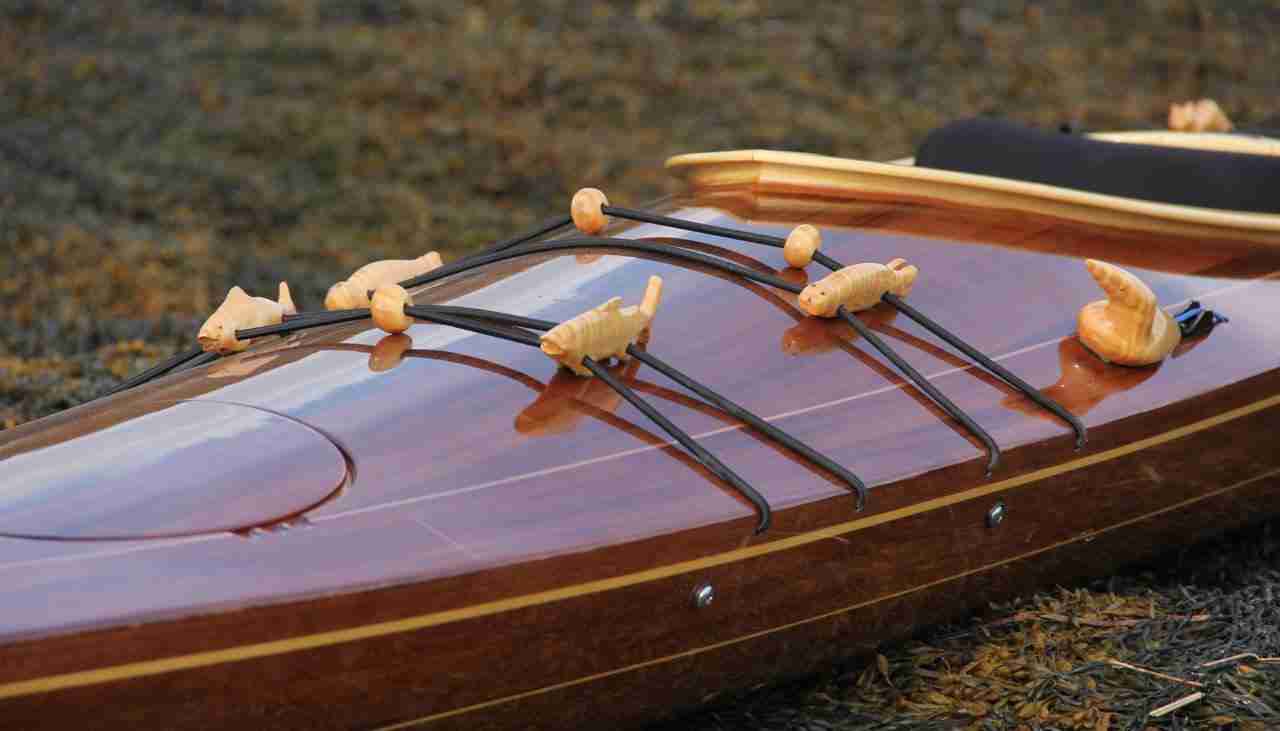 Laughing Loon is the first company to design, build and offer plans for kayaks and canoes inspired by indigenous boats

Collectors buy Schade’s kayaks for use in any body of water or even just for display. Buyers can also get completely customised boats for specific use, and these custom projects take between four and six months to complete.

Schade can make several versions of his various models. The most beautiful combines wooden build with fibreglass or a carbon-fibre finish to create a tough, rot-resistant boat that can handle any sea condition while also being something that can hang on a wall. Schade can also build wooden frames that are covered in polyester fabric. 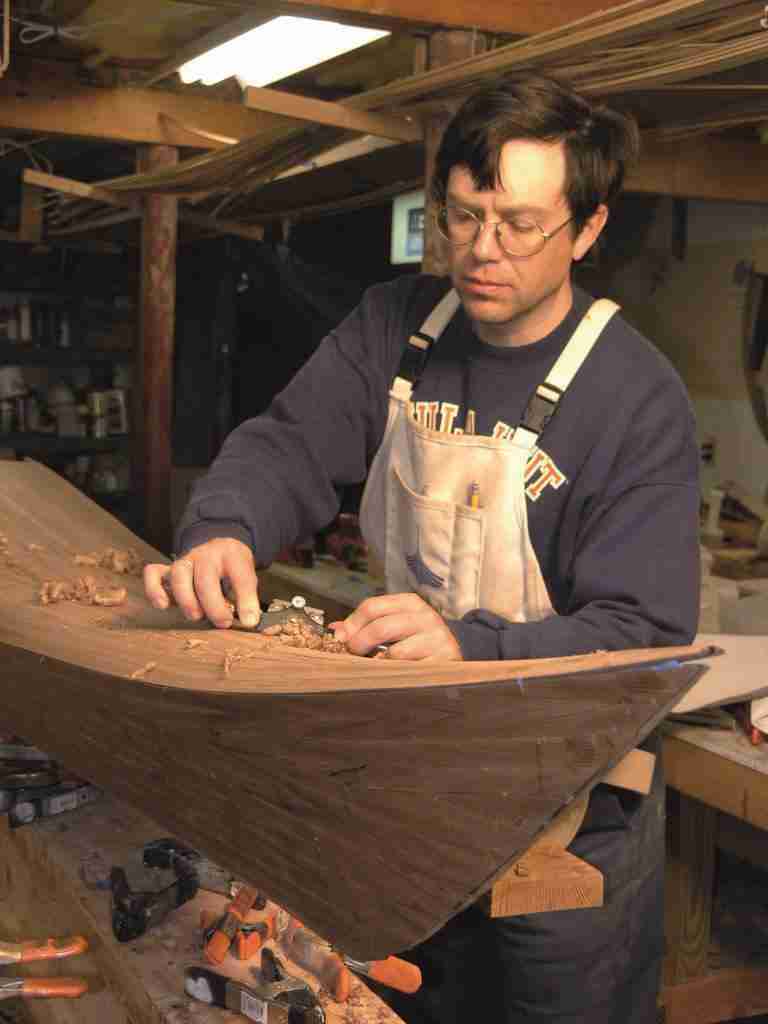 Nick Schade working on a design

Most of Schade’s models are “strip-built” – a process that requires hand-shaping over 200 pieces of wood. Typically, Schade uses western red cedar, but other materials such as tiger maple and mahogany can also be used. Wood can be “book-matched” using pieces of timber consecutively cut from a board, or they may be randomly coloured from a variety of boards. Schade will also use wood from various boards to create eye-catching patterns. Interiors can be fitted with all manner of materials, depending on an owner’s wishes.

Custom models can be between US$10,000 and US$65,000 depending on the complexity of build. You can also have customised paddles for each kayak (why wouldn’t you?).

For those who want to immerse themselves in the world of wooden boat building, both Schade and Macks provide kits for DIY builders through their websites.

To order a DIY kit: www.guillemot-kayaks.com

The manufacturer aims to have 1,000 submarines in operation by 2030