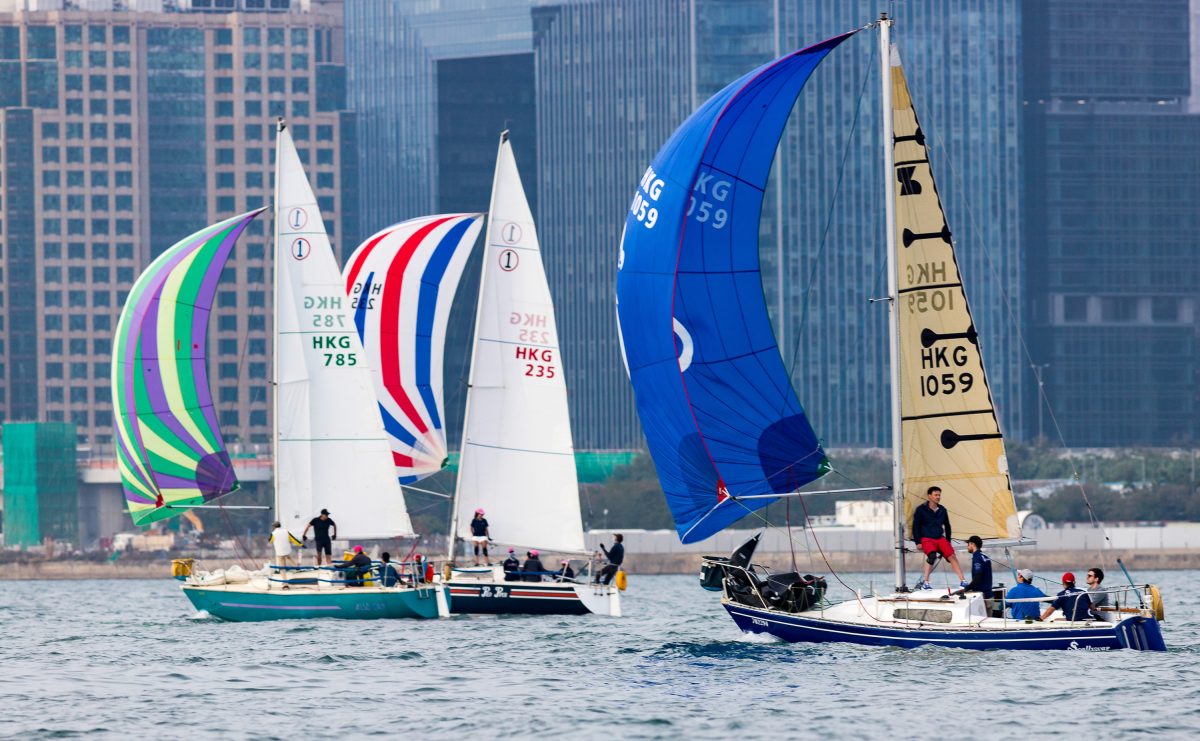 A total of 65 boats turned out in Hong Kong’s Victoria Harbour on Saturday 7 January 2023, as they competed in the One Global HKRNVR Memorial Vase.

Organised by Royal Hong Kong Yacht Club, the race forms part of the Club’s Top Dog Trophy Series, which combines the season’s pursuit races to crown the winning helm or ‘Top Dog’ for the year. 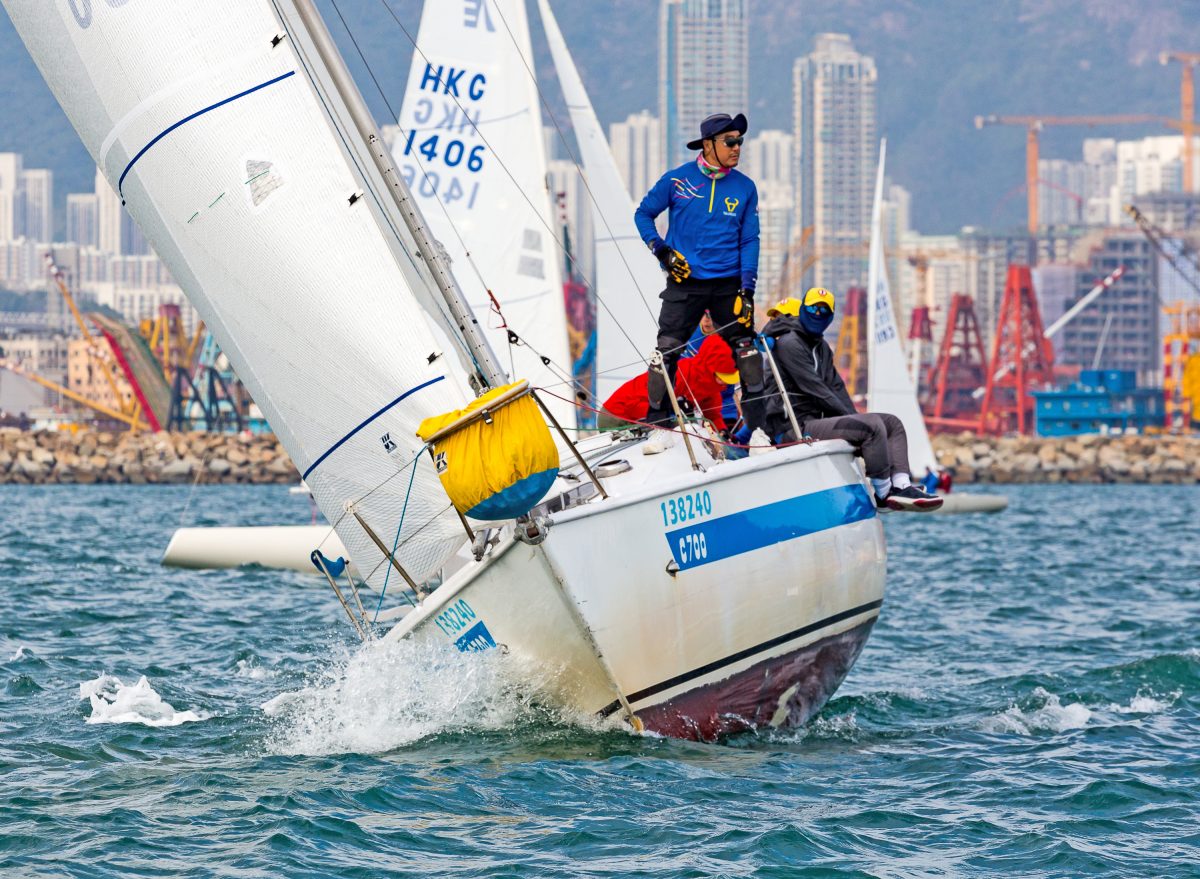 The HKRNVR Memorial Vase is held in honour of the Hong Kong Royal Naval Volunteer Reserve (HKRNVR), a defence force originally formed by members of the Royal Hong Kong Yacht Club. The trophy was gifted in memory of all HKRNVR amateur sailors who engaged in regular patrol duties around the waters of Hong Kong to help ensure its security. The Deed of Gift contains the proviso that the race should take competitors into those waters once patrolled by the HKRNVR. 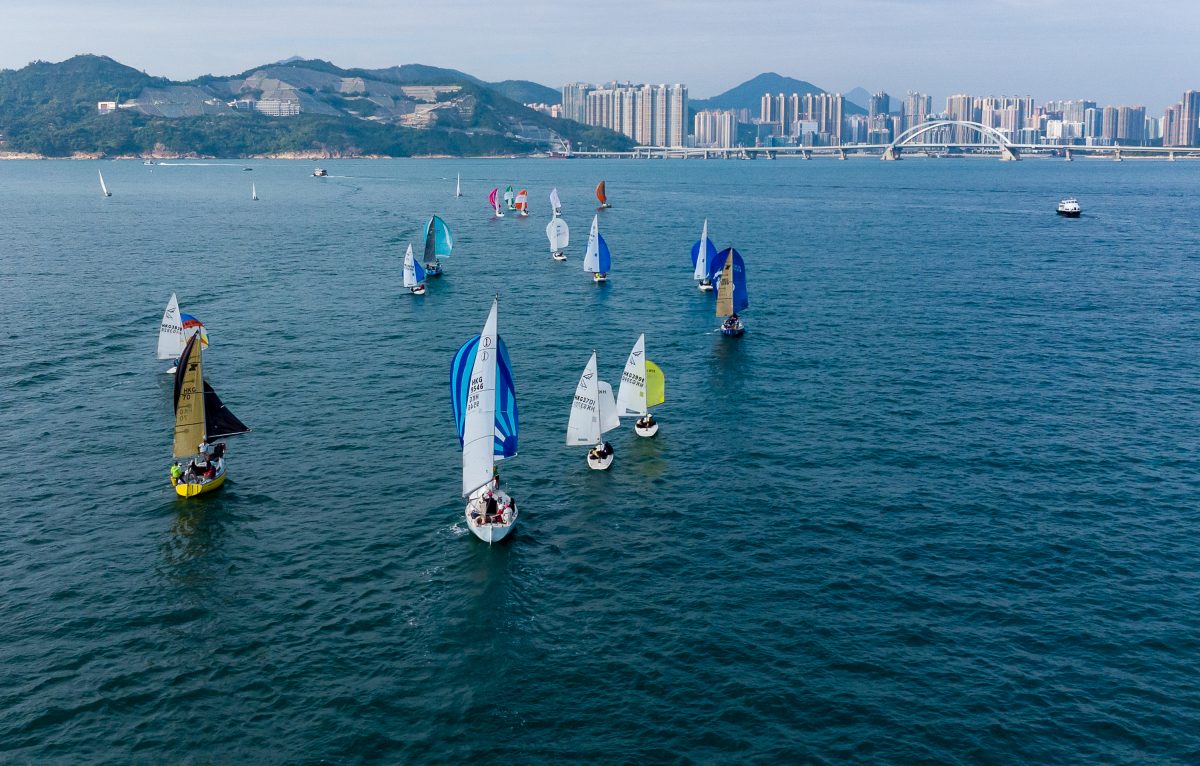 The day began with 8kts of easterly breeze at the start line area of Hung Hom. Race Officer Gareth Williams opted for a course of 8.1nm, sending the fleet upwind through Li Yue Mun gap, rounding TCS4 before returning into the eastern end of Hong Kong’s Victoria Harbour, to satisfy the requirement of the HKRNVR Deed of Gift.

The objective of a pursuit race is to start the fastest boats last and then watch them catch the slower fleets. By the time the last two yachts – both TP52s had started, the first boat Pandora Solstice was making her way around the top mark at TCS4. The wind softened to 2kts at the Junk Bay area, concentrating the gap between the fleet, but after 20 minutes filled in again sending the fleet downwind into the harbour. Given the light conditions, Williams elected to shorten the course at Kowloon Bay.

Mike Burrell and his crew aboard Impala 1 chased down the leading group of Pandoras and Ruffians on the return leg to finish first. Ruffian Victory 9 finished only 17 seconds behind to take second place and Flying Fifteen French Fries took third.

The One Global HKRNVR Memorial Vase is the third constituent event of the Top Dog Trophy Series, with the final winner being determined after the One Global Tomes Cup on 29 April 2023.