"Spectre", "Seasense", and "11.11" cruised in tandem while preparing to cross the Atlantic to the USA

In Tuscany, Italy, it was a spectacle for the port city of Livorno and the Benetti Shipyard to witness three mega yachts – Spectre (69m), Seasense (67m), and 11.11 (63m) – cruising in the waters off the Livorno Shipyard together, while preparing to cross the Atlantic on their way to the USA.

It was the result of long, impassioned and meticulous teamwork, that the shipyard decided to share with its co-citizens. 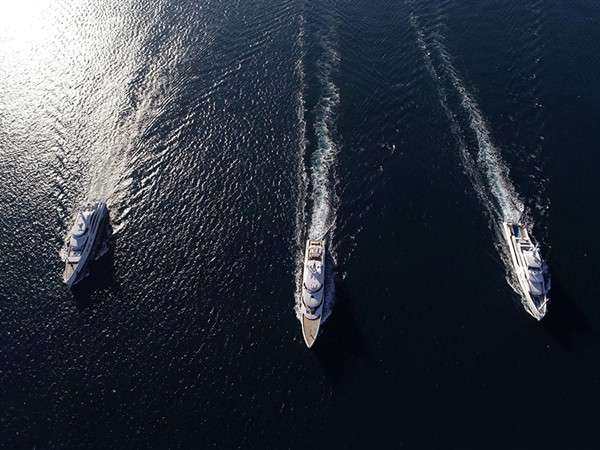 Among the audience were people who had made a special trip to witness the parade, or who happened to be there by chance. There were a few tears of disbelief and emotion to be seen on the faces of several shipyard workers who had contributed to these projects, and seen the fruits of their labour take shape day by day.

The three luxury mega yachts were tailor-made to satisfy the desires and represent the passions of their demanding owners.