Food is flying direct to yachts anchored in Ibiza and Menorca this summer, thanks to Drone to Yacht

From alternative ‘fireworks’ displays to aerial surveillance in danger zones, rescuing dogs, and even racing for sport, drones are finding an increasingly wide variety of uses worldwide.

Now the yachting industry is turning to drone deliveries to source food without the need to send crew ashore. Can Yucas, a restaurant in Cala Tarida, Ibiza, last year became the first establishment in Spain to use a drone to deliver food and drink to yachts, thanks to a collaboration with Drone to Yacht. And, as of last week, yachties in Cala Blanca, Menorca, can now use Drone to Yacht’s app to summon meals to be delivered to their boat via drone.

Launched in the summer of 2021, Drone to Yacht is a partnership between Spanish drone specialist Aerocamaras and Global Equity Infrastructures Corporation. 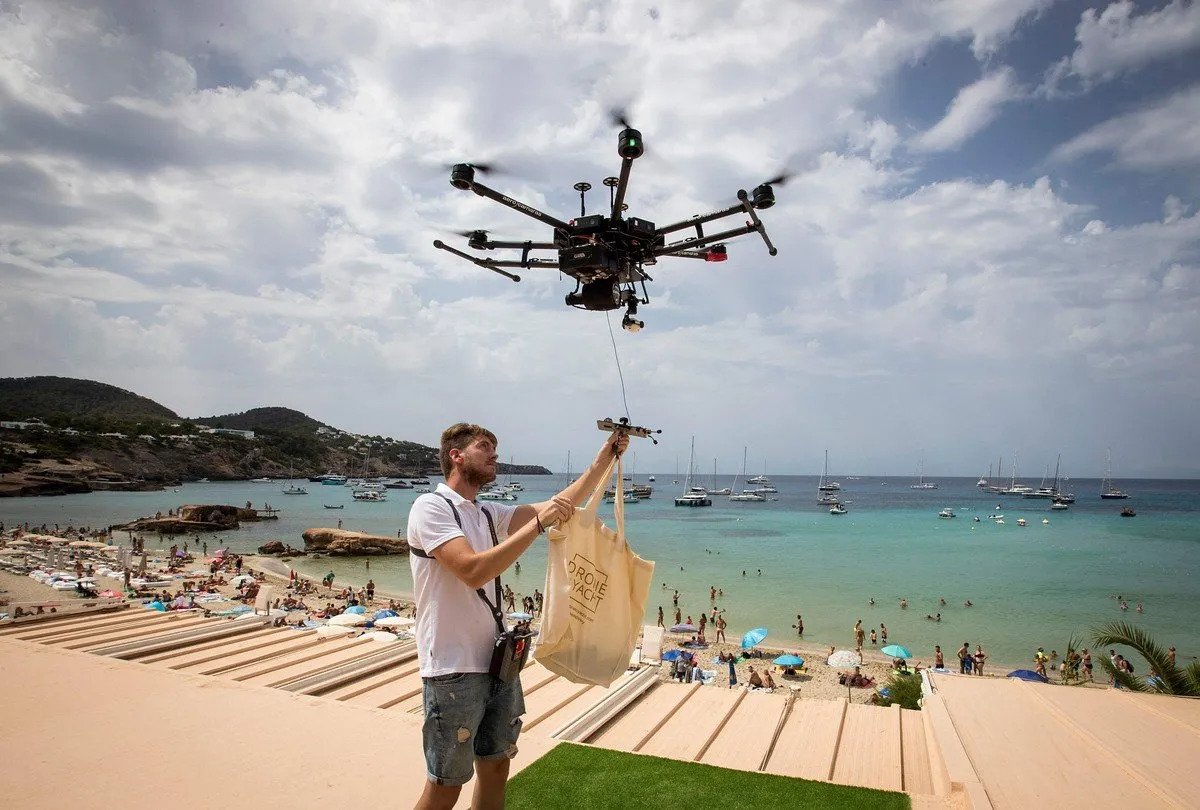 The company says it wants to expand further around the Spanish coast, before moving out to charter hotspots in Italy and the Caribbean.

The operation is simple: customers place an order through the Drone to Yacht app or website and tell the service where their yacht is anchored. From there, the restaurant prepares the order and it is attached to the drone via a hook, which can carry up to 4kg in a tote bag. The aircraft geolocates the yacht and flies out towards it, at speeds of up to 60kmh. At this point, a pilot takes over and lowers the bag down to its final destination, using a camera and a 20m winch. After the customer has removed the bag, the drone flies back to its base using a programmed route. The drones currently have a range of around 2km from the beach.

The technology is not currently authorised in cities, which is why the company projects its expansion on water.

Watch the video above to see this pioneering technology in action.