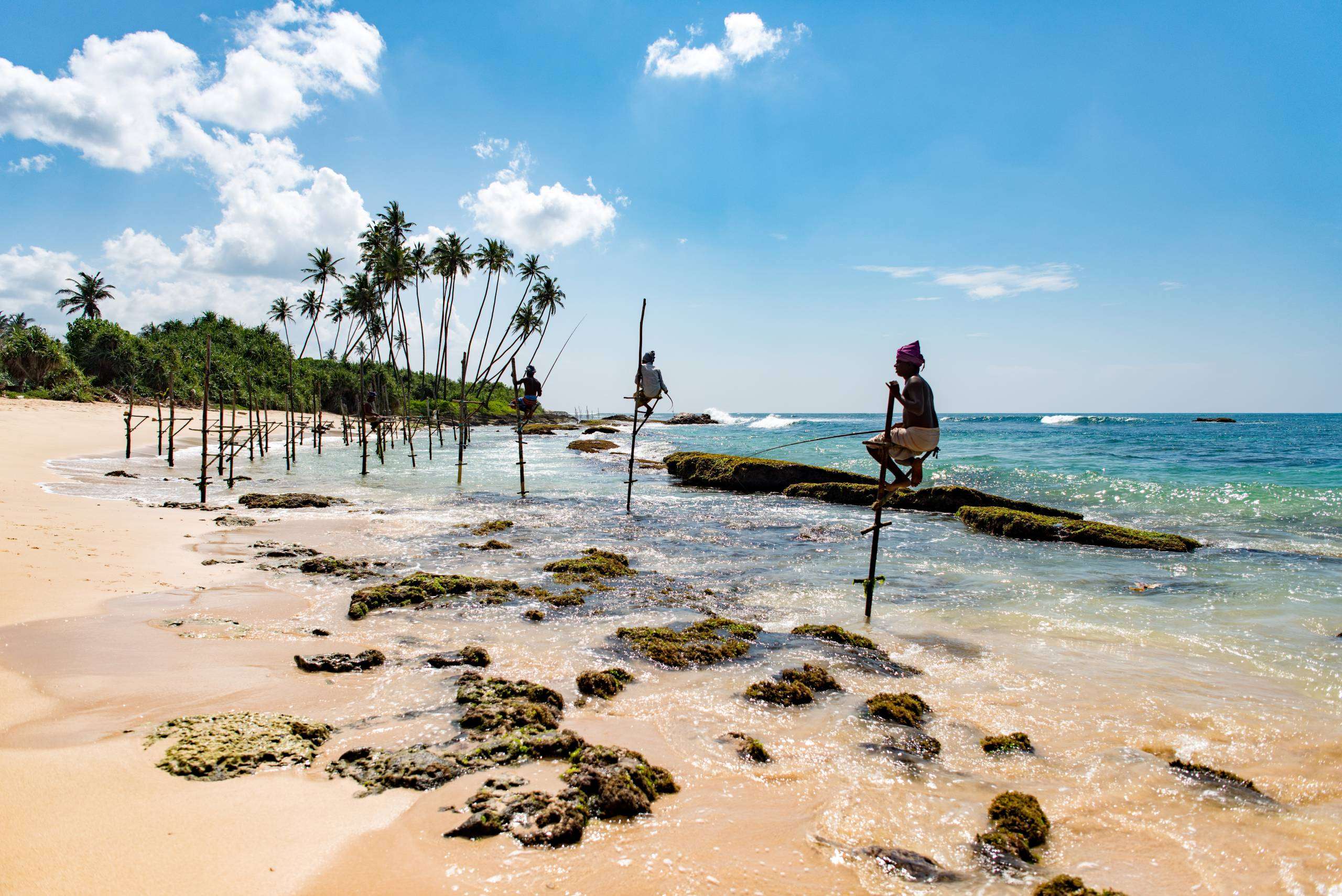 Sri Lanka juts into the Indian Ocean, acting as a stopover for superyachts transiting from the Mediterranean to Southeast Asia. With 1,300 kilometres of coastline, eight Unesco World Heritage Sites and 15 national parks, plus some of the best spots to enjoy marine life, including whale watching, Sri Lanka has been called “the Pearl of the Indian Ocean”.

A lengthy civil war finished over ten years ago, and Sri Lanka has been attracting increasing numbers of visitors and tourists since then. But so far, superyachts have been unable to enjoy Sri Lanka. 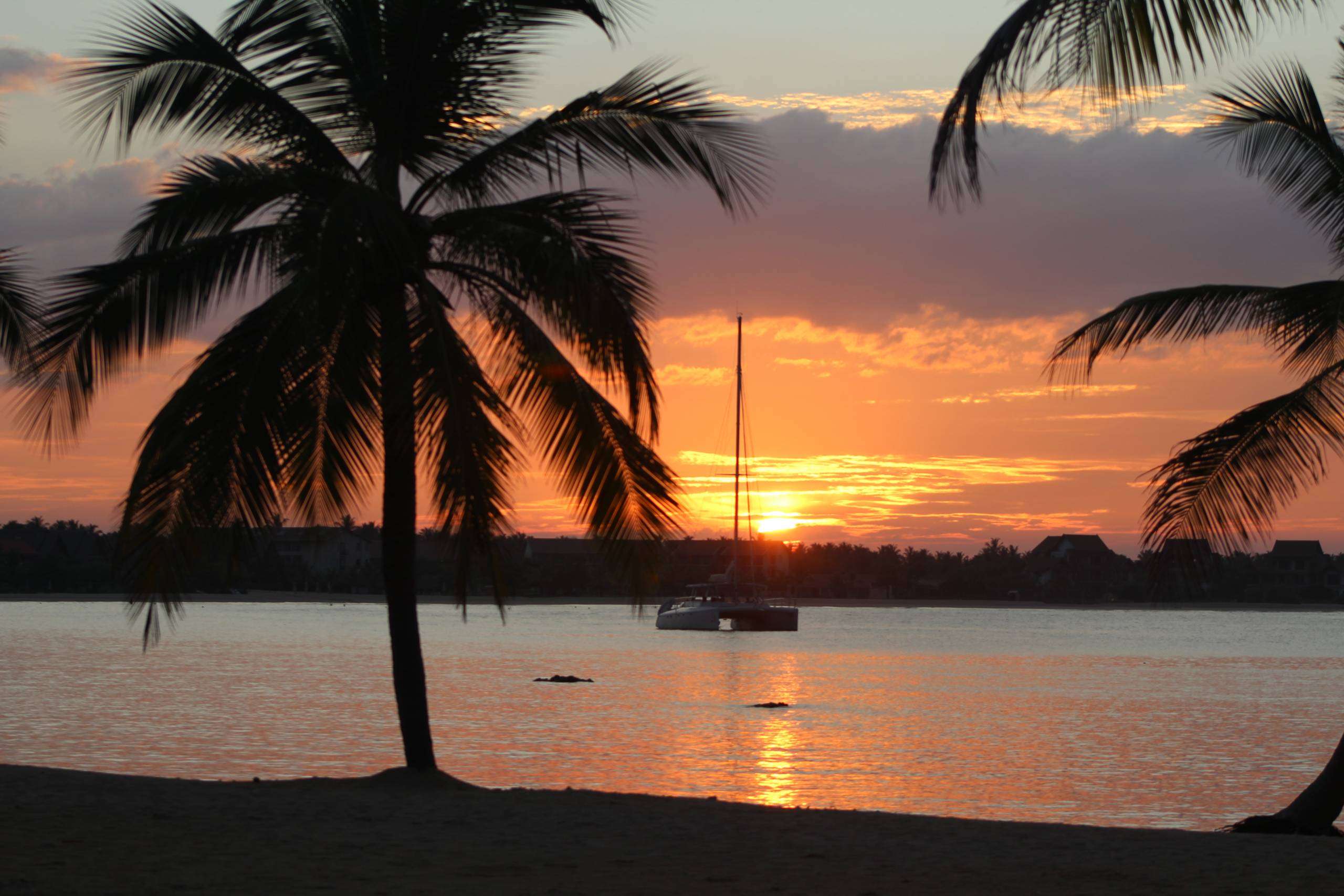 A pioneering sail charter company, Sail Lanka, has opened up the island’s coastline for yacht-based exploration, avoiding the sometimes-spotty road network. There is much to discover, from ancient temples, top surfing beaches and of course, wildlife in abundance. 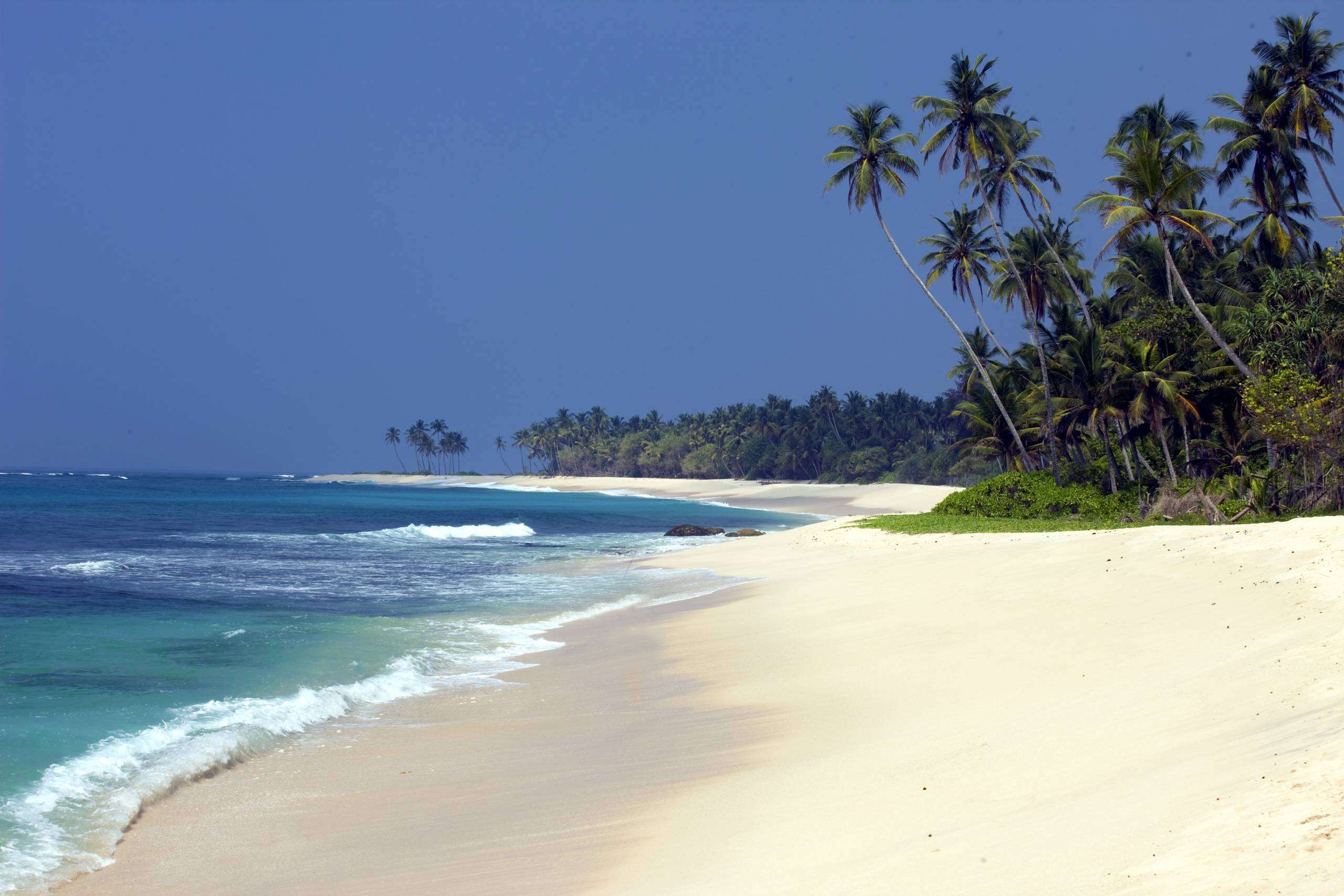 Sri Lanka can be visited or enjoyed by boat throughout the year. Two monsoon seasons make it possible to sail year-round, on the east coast from June to October and on the southern coast from November to April. 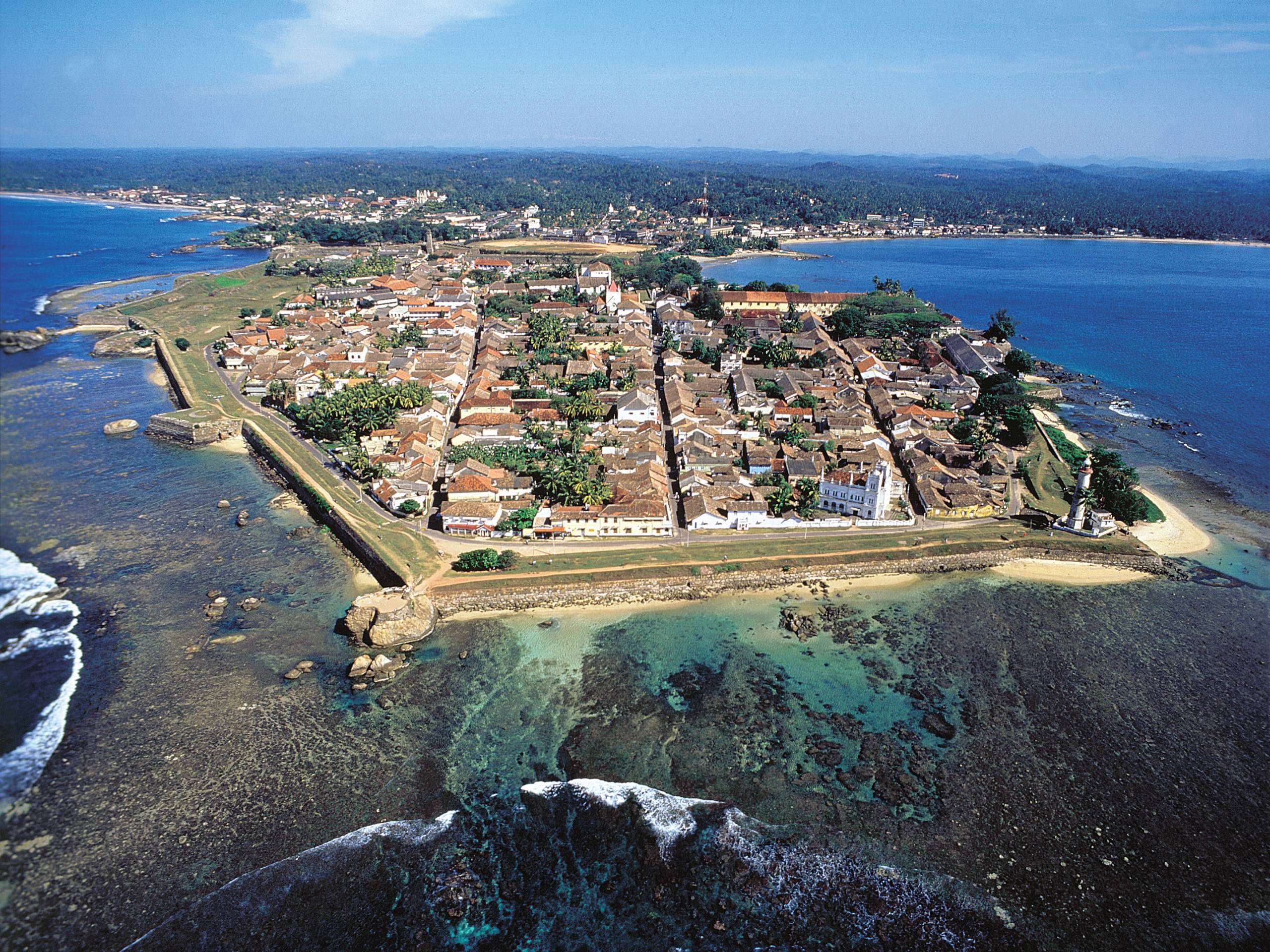 The country is known as the only supplier of true cinnamon, and during the 15th century, trading nations fought over rights to cinnamon and pepper

From the time of the ancient Silk Road until today, Sri Lanka has enjoyed outsized importance in maritime trade, thanks to its strategic position and deep harbours. The country’s colonial history started with the arrival of the Portuguese in 1505, continued with the Dutch, and then the British, from 1815 to 1948.

Since antiquity, Sri Lanka has been known as a source for spices, with spice gardens still in operation. The country is known as the only supplier of true cinnamon, and during the 15th century, trading nations fought over rights to cinnamon and pepper. They left a mark on the island-nation that is only now starting to be discovered as a yachting destination.

One of Sri Lanka’s eight Unesco World Heritage Sites is Galle Fortress, part of Sri Lanka’s colonial past, founded in the 16th century by the Portuguese and later refurbished by the Dutch in the 18th century. To this day, the villas and lanes within the fortress, bounded on three sides by the Indian Ocean, can transport visitors back in time. Galle’s trading history extends back to the times of the ancient Greeks.

The waters around Sri Lanka are permanent home to a pod of between 600 and 1,500 blue whales, the world’s largest mammal

Of course, one of the most popular activities on water these days, for yacht owners and ocean enthusiasts, is communing with the largest creatures of the sea. A great joy is to sail from Dondra Point, the southernmost tip of Sri Lanka, where one can observe many species of whales, including blue whales, fin whales, sei whales, sperm whales, orcas, flying fish, turtles, manta rays, whale sharks and also the playful dolphins commonly seen in the Indian Ocean. The whale watching season in Sri Lanka runs from November to May. 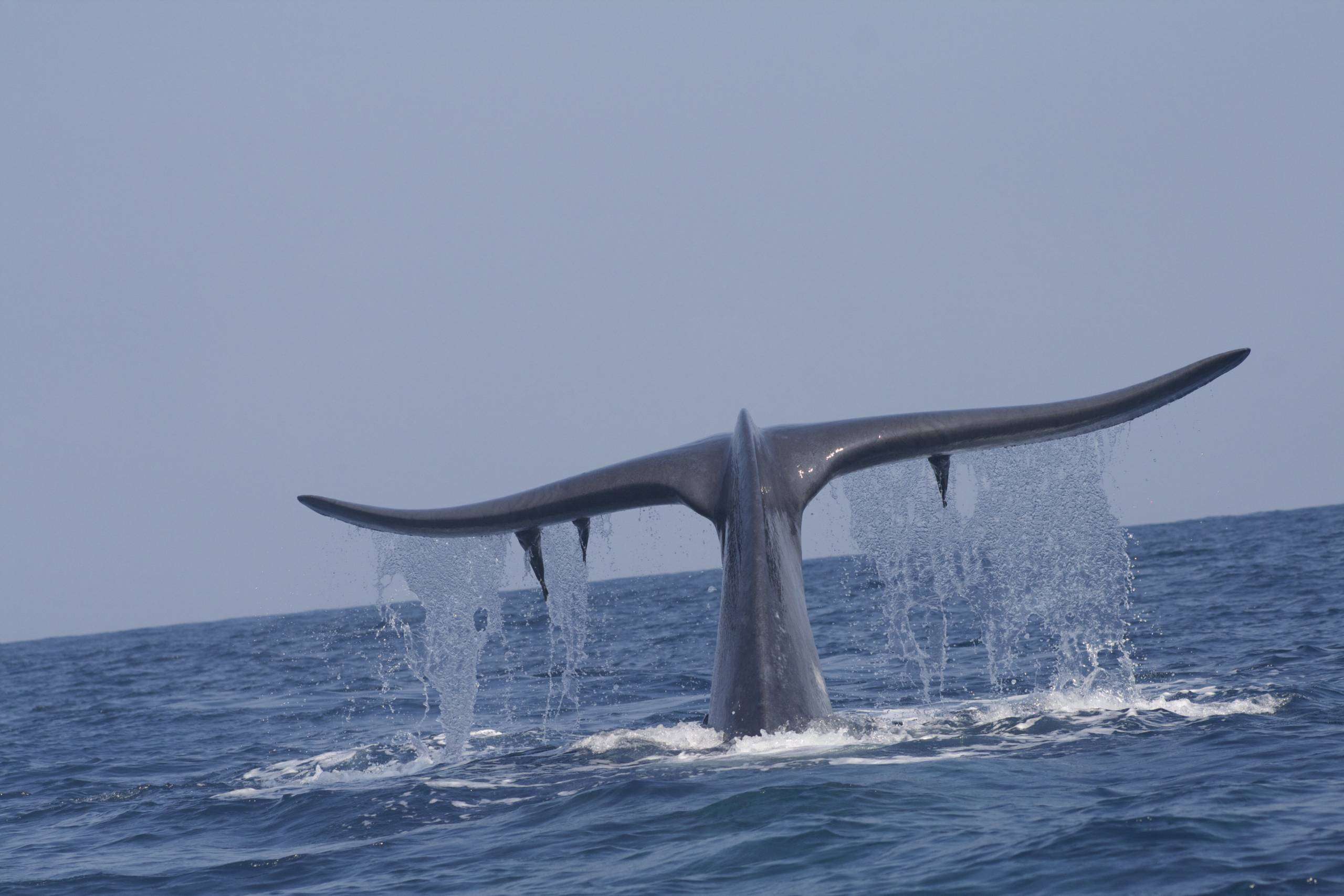 In 2019, it was reported in Associated Press that the waters around Sri Lanka are permanent home to a pod of between 600 and 1,500 blue whales, the world’s largest mammal. An alliance of local conservationists led by Dr Asha de Vos, founder of Oceanswell, and the World Shipping Council led to an agreement to move shipping lanes away from the blue whales’ feeding and calving areas.

In recent years, the popularity of whale and dolphin watching has increased dramatically, posing new threats to the whales. Sailing on a catamaran, which creates less noise and disturbance, is a kinder way to go.

Sri Lanka is also home to land creatures, some endemic to the nation. When sailing towards Kirinda, a small village by the seaside, we reached the shore where a jeep drove us to Yala National Park, a nature reserve of nearly 1,300 square kilometres. Among Yala’s more famous residents are the world’s biggest concentration of leopards, majestic elephants, sloth bears, sambars, jackals, spotted dear, peacocks, and crocodiles. 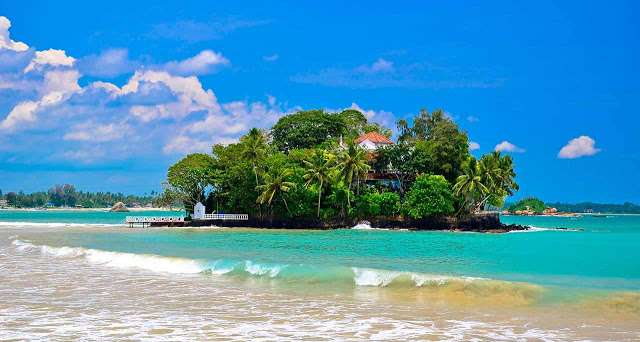 Sri Lanka’s national parks have even been compared to those of Africa. Just on the border of Yala National Park, one can explore the ancient temple of Kataragama, dedicated to the Buddhist guardian deity Kataragama deviyo and Hindu War God Murugan. It is one of the few religious sites in Sri Lanka that is venerated by the Buddhists, Hindus, Muslims and the Vedda people. The entire temple complex was declared a holy place by the government of Sri Lanka in the 1950s.

Along the south coast, there are numerous attractions, reflecting Sri Lanka’s unique place in the world. From Mirissa, the colourful and picturesque fisheries harbour on the southwest coast, you can quickly reach Taprobane island and Weligama Bay. The island was renamed after the old Greek word for Sri Lanka by its most famous owner, the self-styled French Count de Mauny Talvande, who sighted it around 1925. 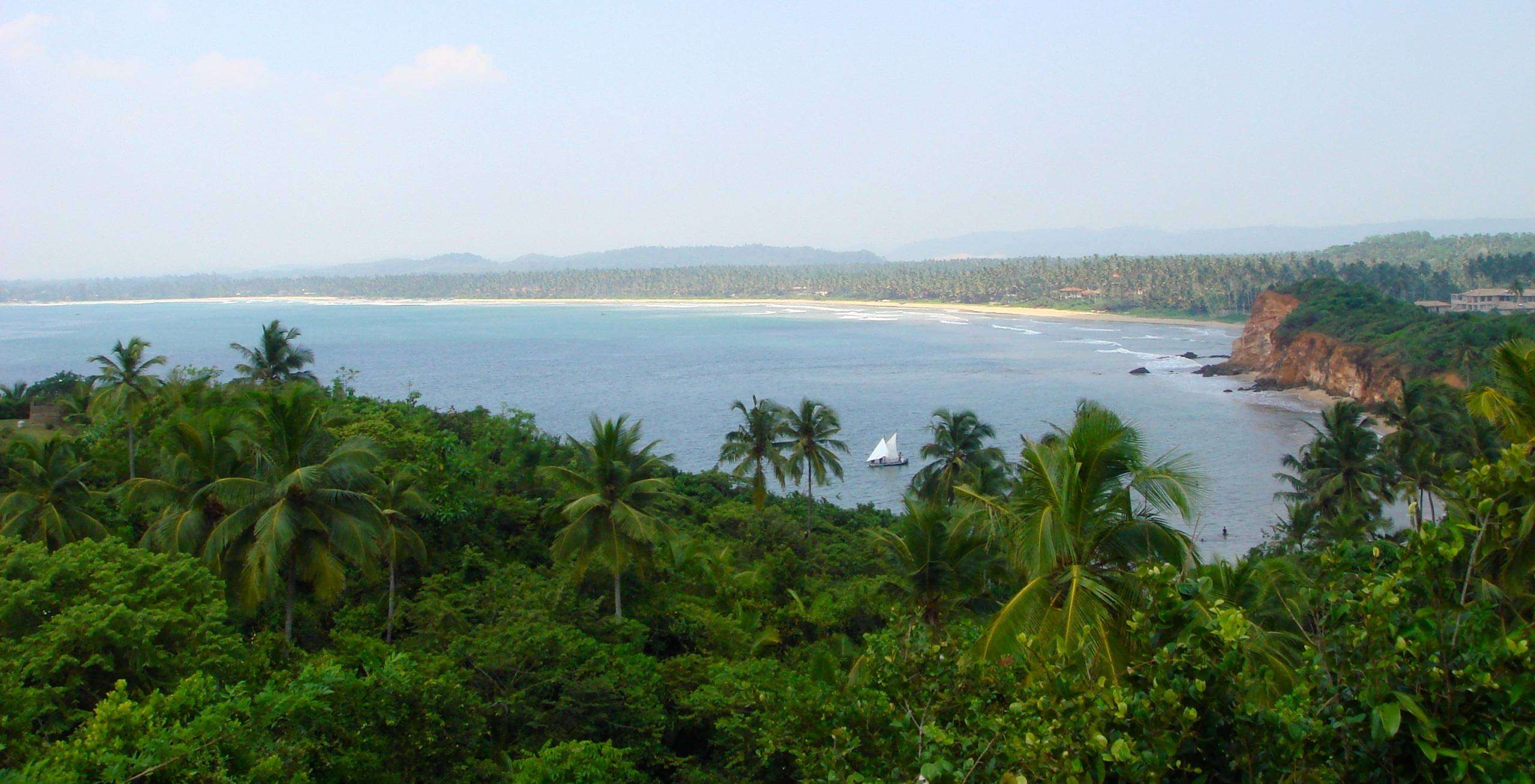 The “count” built a private Eden for himself, with a villa perched on the tiny island like a luxury fortress. The islet now belongs to an Australian owner who now rents out the island.

Talalla Beach, one of Sri Lanka’s most beautiful beaches, is an anchorage where guests can swim, snorkel and do stand-up paddleboarding, later enjoying meditation sessions at sunset

Fans of architecture will wish to visit the Lunuganga Estate, country home of legendary Sri Lankan architect Geoffrey Bawa, who built the home and garden in 1947. The garden became a laboratory of sorts as Bawa perfected a design ethos known as tropical modernism. Bawa died in 2003 and left his estate to the Lunuganga Trust, with the gardens open to the public and the buildings on the estate run as a country house hotel. 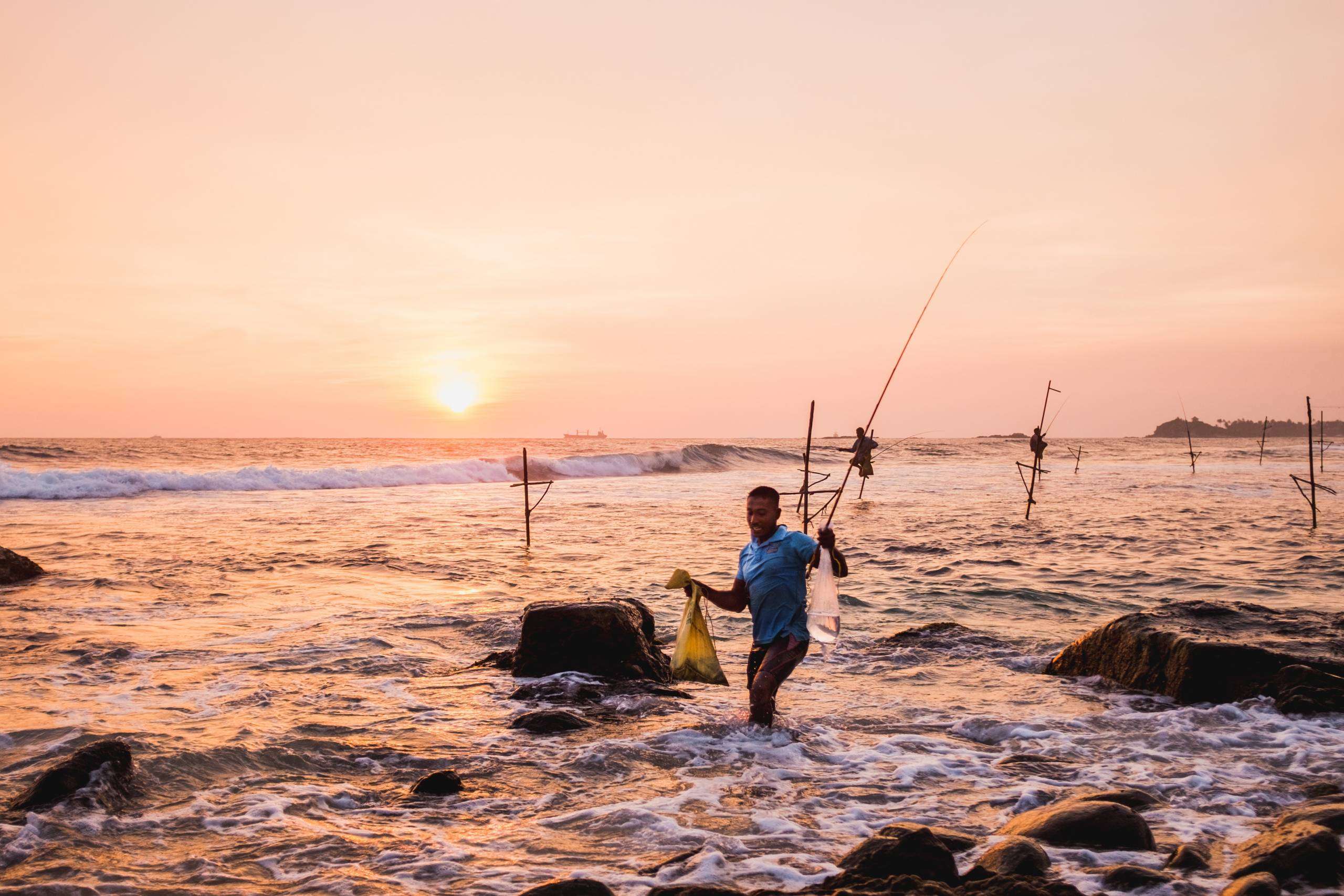 For this interested in on-water action, there is plenty to do. Weligama and Mirissa are also well-known spots for surfers coming from all over the world. Talalla Beach, one of Sri Lanka’s most beautiful beaches, is an anchorage where guests can swim, snorkel and do stand-up paddleboarding, later enjoying meditation sessions at sunset.

Between Weligama and Unawatuna, there is the unique sight of Sri Lanka’s stilt fishermen, which requires considerable skill and balance. A vertical pole with an attached crossbar is embedded into the sea floor among the shallows. The crossbar allows the fishermen to be seated a couple of meters above the water causing minimal shadows on the water and hence little to no disturbance.

It is a classic image of Sri Lanka’s traditional coastal culture, which remains undiminished to this day. 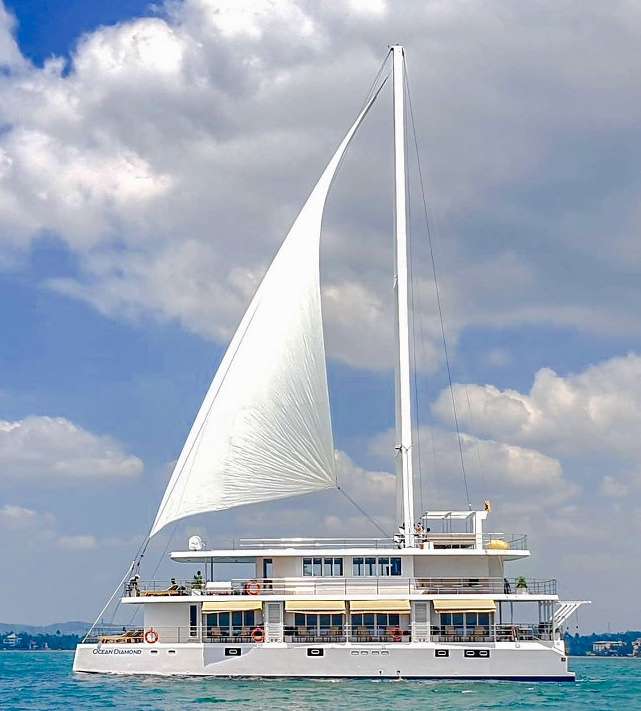 Until October 2020, Sail Lanka and Ocean Diamond Cruises offer week-long excursions aboard its Ocean Diamond 27 out of Trincomalee Bay on the east coast of Sri Lanka. The bay has been a Hindu pilgrimage site since 400 BCE. The cruise includes whale and dolphin watching, with views of ancient temples perched on nearby hills. Water activities include swimming, snorkelling and paddleboarding at various anchorages. Reef snorkelling is available at Pigeon Island.