The Rolex Sydney Hobart race, now one of the world’s best known offshore challenges, began in 1945 with a near-disaster. 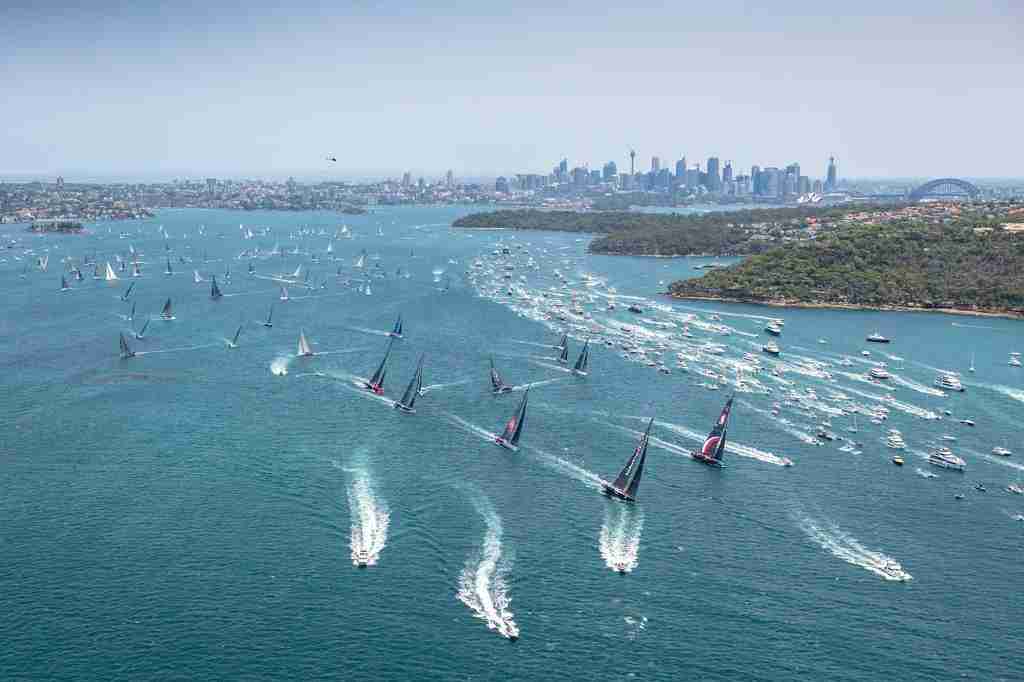 The race is renowned for being a tough contest. It is also one of the world’s oldest and most prestigious ocean passage races. The racecourse takes sailors of all stripes – from professional yachts and their crews to amateur sailors – down the southeast Australian coastline, across the notorious Bass Strait, along Tasmania’s east coast, finally into Hobart.

The first race was held on Boxing Day, 1945, staged by the fledging Cruising Yacht Club of Australia. The war in the Pacific had just ended, but Australian yacht owners were already thinking about their cruising plans. That first race began from the start line off Flagstaff Point in beautiful weather with building north-easterly winds, according to the Cruising Yacht Club of Australia. The first race fleet of just nine yachts, most of which had never ocean raced, wound up being hit by gale force winds.

Two yachts went missing for four days, with the event making the front pages of local newspapers. Many yachts sought shelter, even going ashore for a meal or to telephone home to say they were OK and then continuing the next day. The first yacht across the finish line in Hobart was Rani, which belonged to Captain John Illingworth of the Royal Navy. It took six days and 14 hours, which also secured the handicap win. To this day, the Line Honours winner receives the John H Illingworth Challenge Cup. The George Adams Tattersall Cup goes to the overall handicap winner. The last yacht in was Wayfarer, after 11 days and six hours – still the longest elapsed time.

In its long history, the Rolex Sydney Hobart Race was cancelled just once, in 2020, due to Covid-19 concerns.

That rough beginning foretold many tough races to come. That the race has continued and grown for nearly eight decades shows the hold it has on Australian sailors’ hearts. Thanks to its legendary status at home and the support of Rolex, the Sydney Hobart race has become a globally watched event. 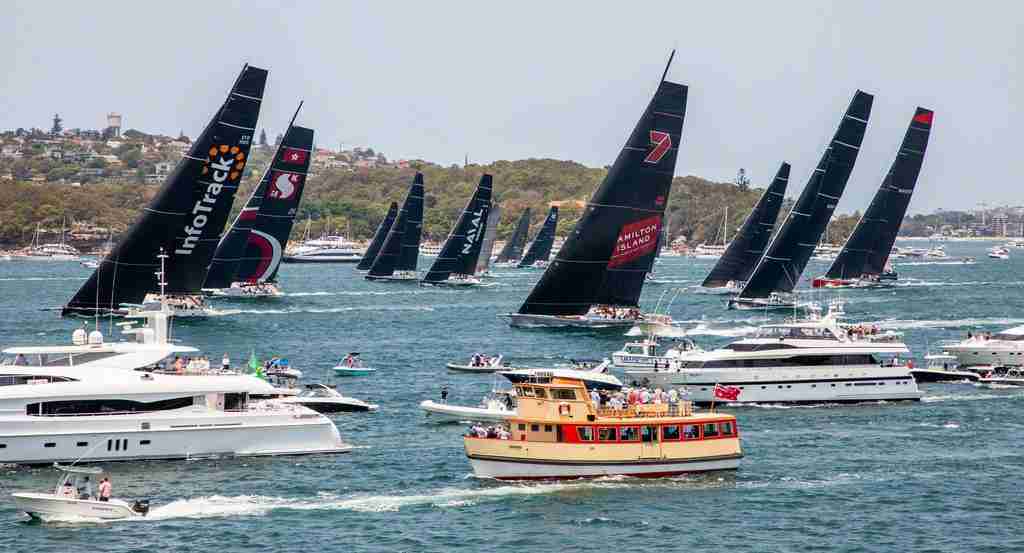 The first Sydney to Hobart race was contested by a fleet of wooden yachts. Over the years, numerous designers and builders would test their ideas with the Sydney to Hobart Race in mind, among them such legendary names as Bruce Farr, who is listed as the most successful designer in terms of producing winning yachts. Farr’s designs have recorded 21 wins since 1976. 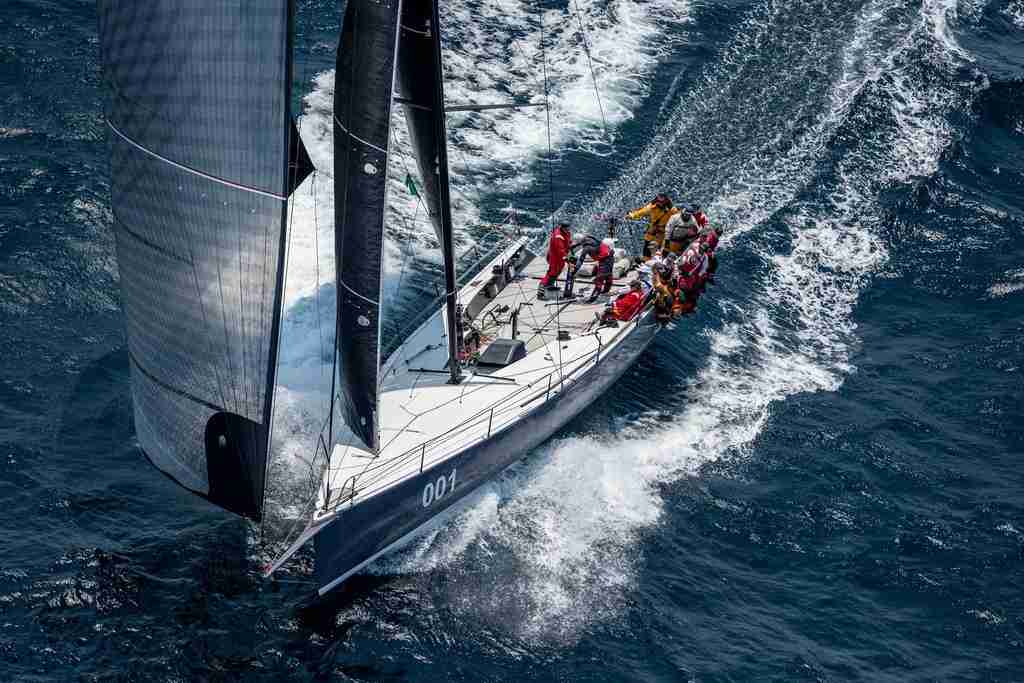 True to form, the Rolex Sydney Hobart Race is a welcoming race with divisions designed to ensure a wide range of participants. There are IRC divisions, which are based on physical measurements of the boat, as well as divisions in ORCi, which aims to reflect a boat’s performance using a set of measurements of the hull, rig, and sails to calculate a boat’s performance in various wind conditions. There is also the Performance-based Handicap System (PHS), with handicaps based on performance data from previous races.

THE COURSE AND WEATHER 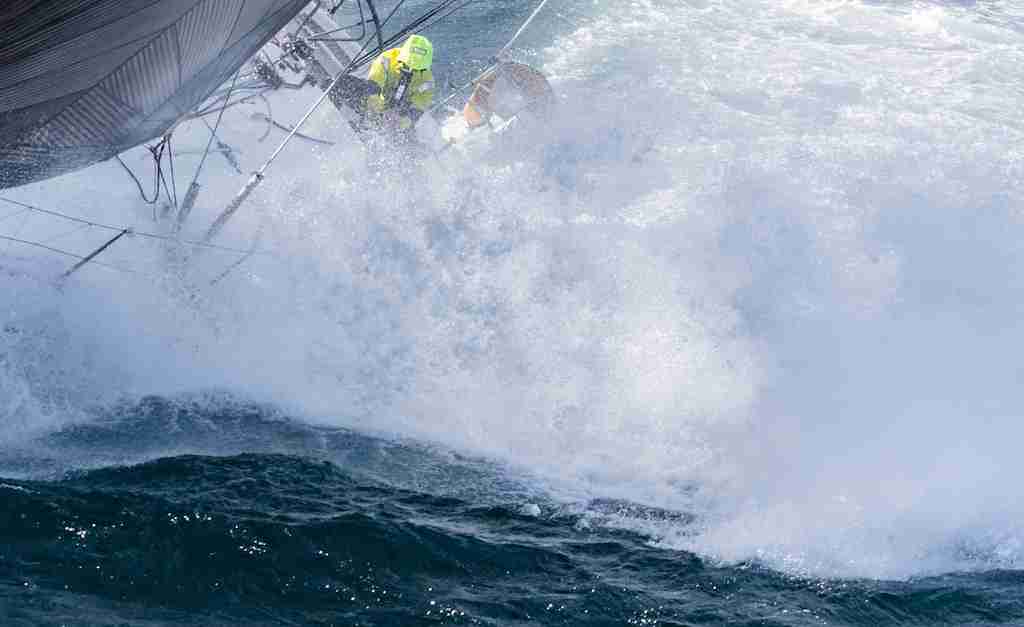 From the spectacular start on December 26 in Sydney Harbour,¬†the fleet sails into the¬†Tasman Sea and down the southeast coast of mainland Australia,¬†across Bass Strait, which separates the island-state of Tasmania from the mainland, and then down the east coast of Tasmania.¬†The fleet then turns right into Storm Bay for the final sail up the Derwent River to the historic port city of Hobart. 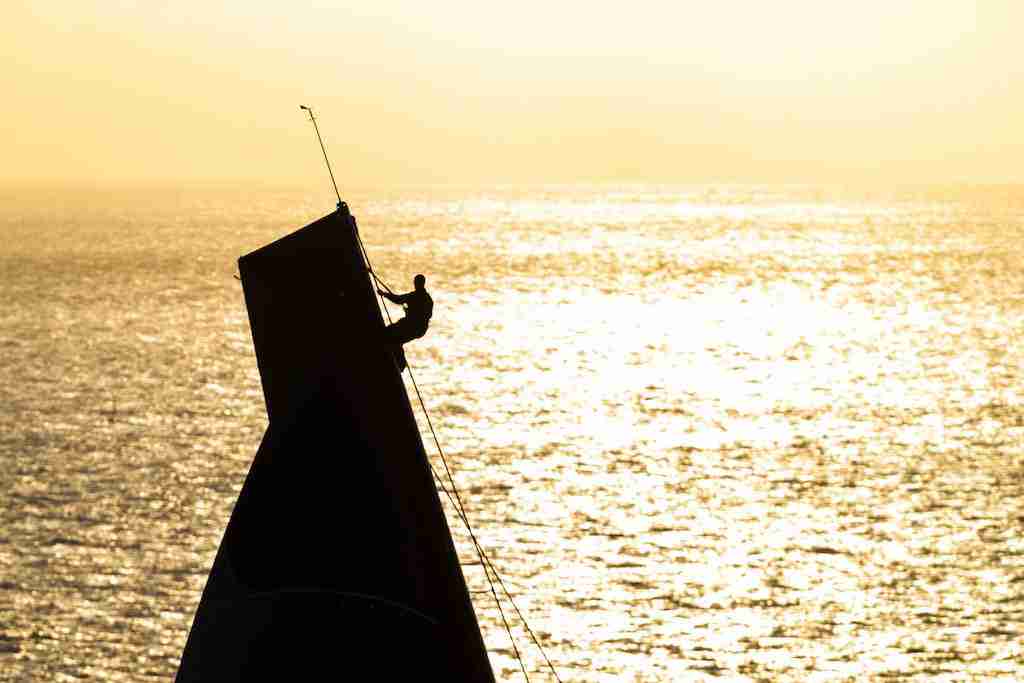 The conditions vary dramatically. The East Australian current, which flows in a southerly direction along the east coast, can help sailors transit from Sydney to the Bass Strait. But winds can shift to a northerly direction, running against the current, causing high waves and tough conditions. 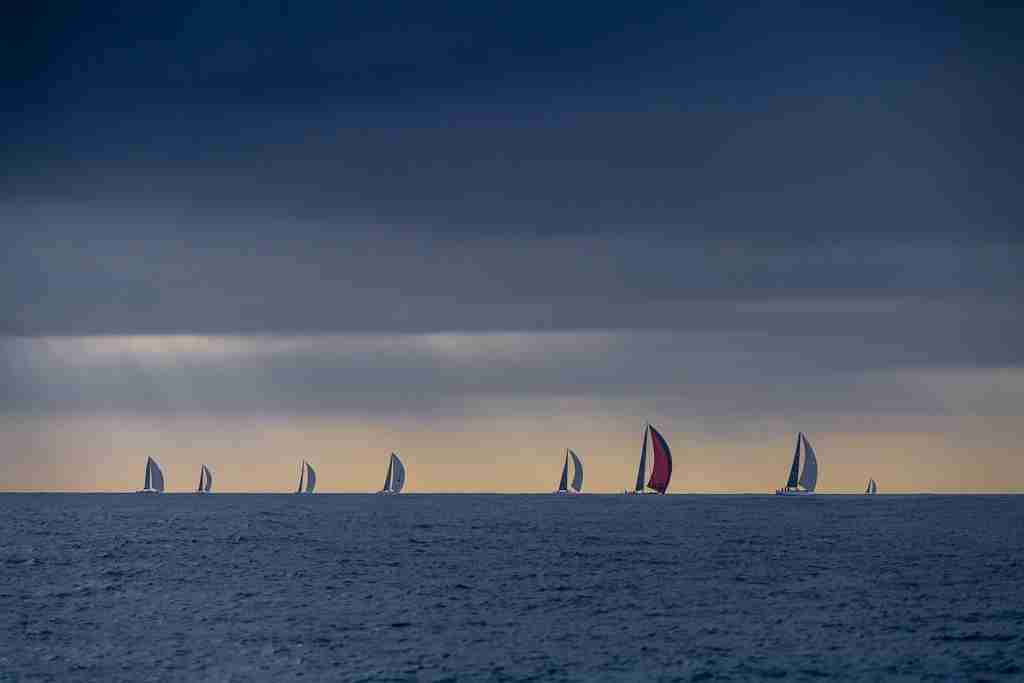 Upon passing Gabo Island and entering the Bass Strait, which is notorious for weather changes and fast-moving frontal systems, the fleet can face everything from a fast passage aided by moderate conditions, to frightening waves and howling winds, particularly if a fast-moving front collides with currents. The Bass Strait is also relatively shallow, at just 70 metres depth on average. 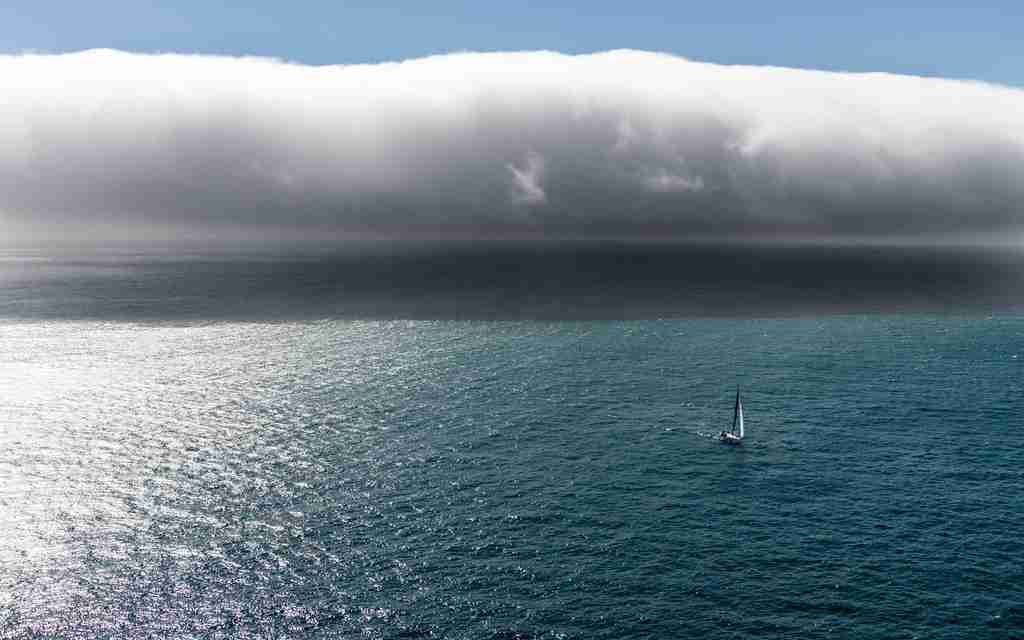 The speed of change is another factor: numerous competitors have pointed out that faster yachts in the fleet may only face one weather front during the race, while the slower vessels may have to contend with two or three frontal systems.

Once past the Bass Strait, the fleet proceeds down the Tasmanian coast until turning past Tasman Island and entering Storm Bay, with its famous “Organ pipes” rock formations. Here, in the last 40 nautical miles, races and line honours can be decided as the fleet navigates the bay and makes its way up the Derwent River to Hobart.

This final passage can take an hour or a day, depending on ever changing conditions. In the 2018 race, just 42 minutes separated the first four boats. 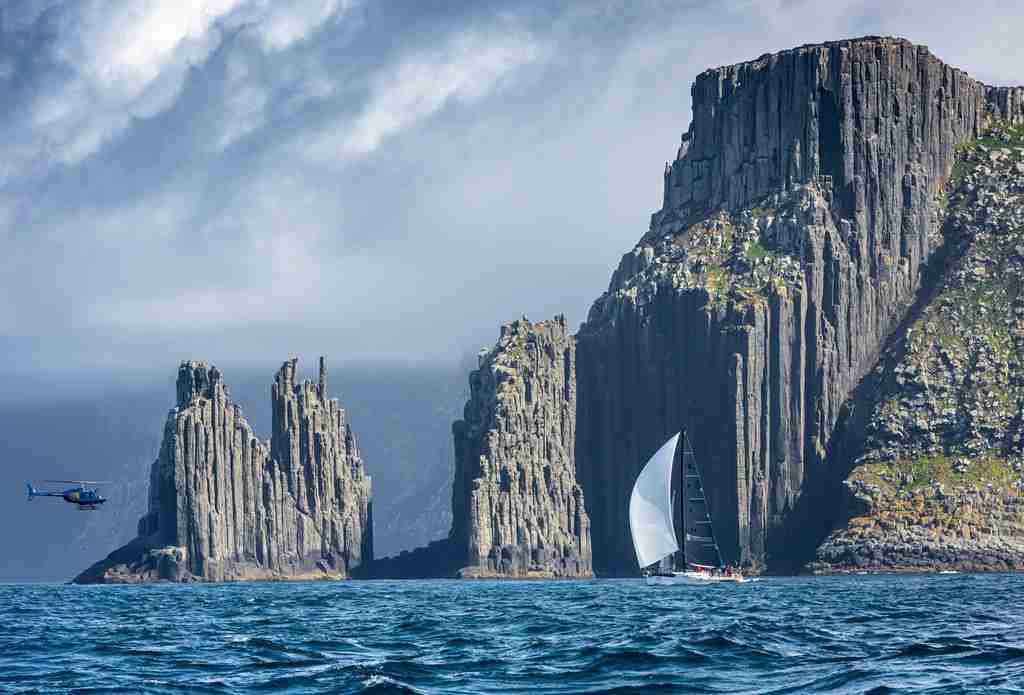 The weather and coastal geography can make for some of the world’s best regatta photography. It also leads to some of the most dramatic and even lethal conditions. The infamous Sydney to Hobart Race in 1998 saw a sudden storm develop that resulted in mountainous waves and winds gusting over 80 knots. Six sailors were lost at sea and 55 had to be rescued in the largest peacetime rescue operation in Australian history. Seven yachts were abandoned and five sank. 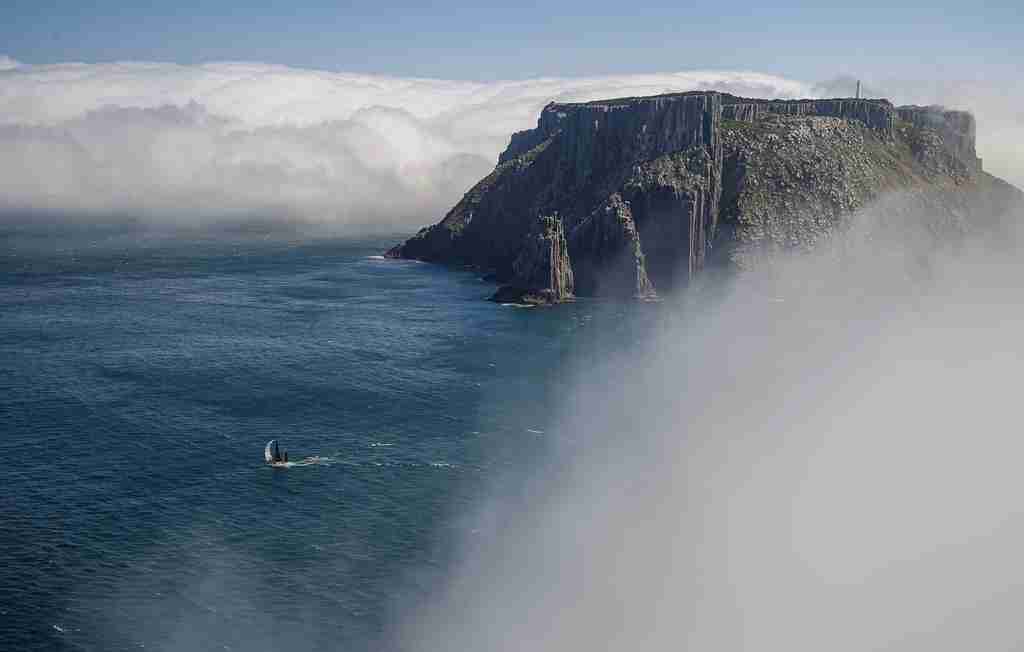 The 1998 race is most remembered, but it is not the only example of just how tough the race can be. In the 1993 edition, only 38 of 104 yachts were able to complete the race, when a huge storm system developed, causing winds of over 70 knots. 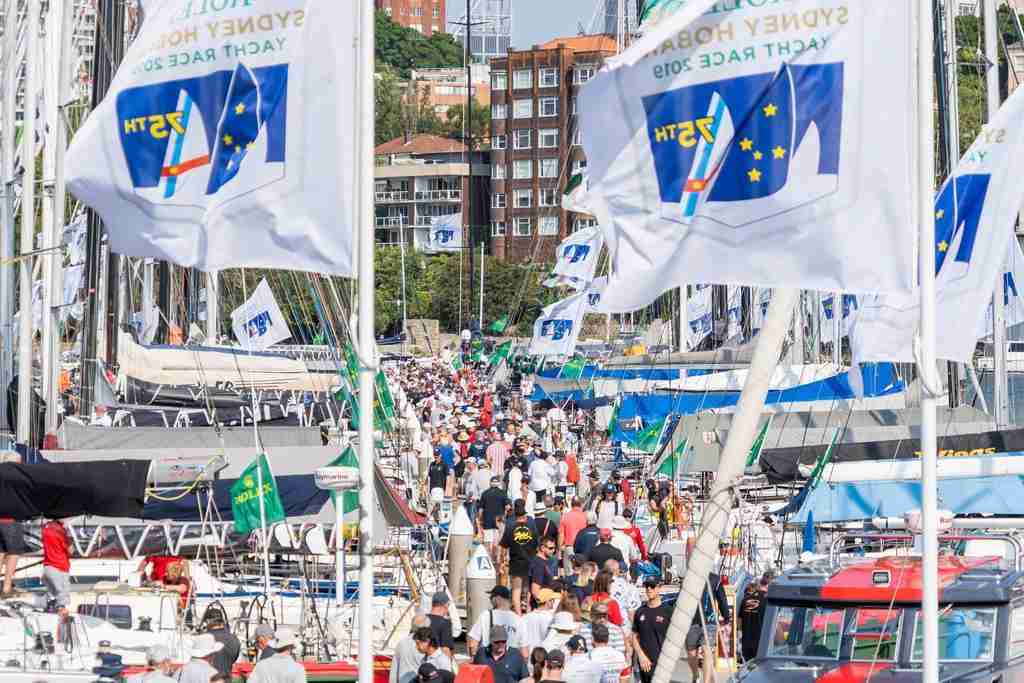 In the lead up to the race, sailors have access to better weather prediction devices than ever before. But as several have said, you need to be ready for anything when you do the “Hobart”.

A sailing adventure on Australia's wild side

Tippling in Tasmania: 10 of Hobart's best pubs and bars

Looking for a tipple in Tasmania? We‚Äôve got you covered with this list of locally recommended...