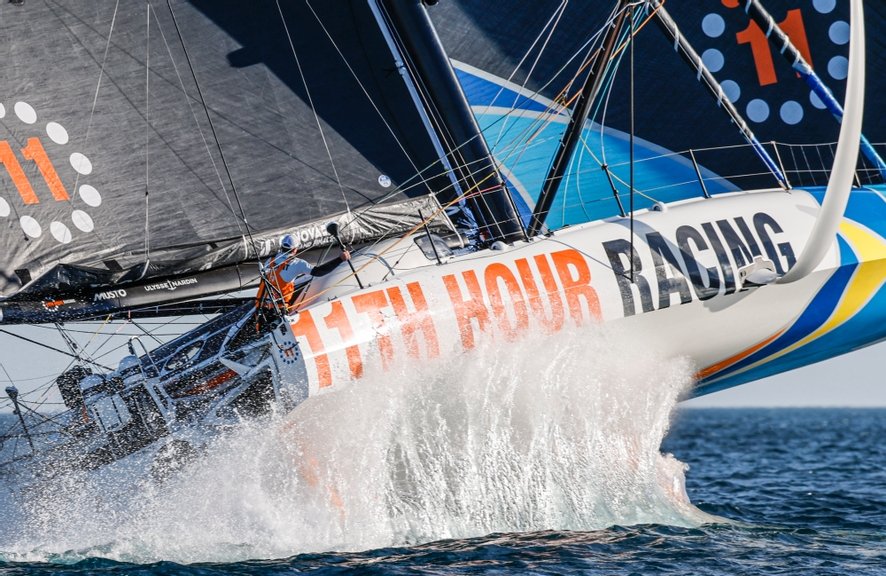 The 14th edition of The Ocean Race, the fully-crewed, around-the-world yacht race, started from Alicante, Spain on Sunday, January 15, 2023.

This year marks the 50th anniversary of The Ocean Race — widely considered to be the toughest test of a team in sport. Five IMOCA class foiling yachts set off on the waters off Alicante’s Ocean Live Park just after 4pm local time.

Just two hours earlier, a fleet of six VO65 one-design yachts set off on the first stage of their shorter, European-focused event, The Ocean Race VO65 Sprint, which features three stages of competition.

During a press conference held the day before the race began, organisers revealed a schedule of events stretching into the next decade. In a briefing to race stakeholders, Richard Brisius, the race chairman of The Ocean Race, confirmed the next around-the-world race would start from Alicante, Spain during the winter months of 2026-27, with the exact start date to be determined. 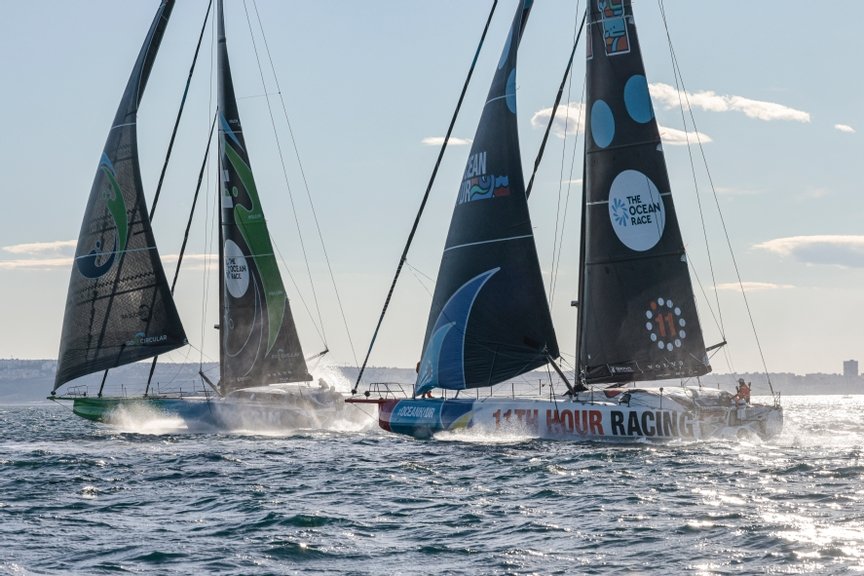 “This is an important and exciting moment for The Ocean Race,” says Brisius. “We are on the eve of an historic around-the-world race starting tomorrow. It is our first as The Ocean Race, the 14th edition in our history, and it comes as we celebrate our 50th anniversary year.”

While both fleets are now racing to Cape Verde, some 1,900 nautical miles away, the IMOCAs will continue their race around the world, while the VO65s will pause in Cabo Verde, before rejoining the IMOCA fleet in Europe in the spring for the final two legs of their race.

All the sailors were cheered on by nearly 140,000 fans who visited the park over the weekend.

Organisers say the Sunday attendance count of over 72,400 visitors was a record-breaking day across five editions of race starts in Alicante. 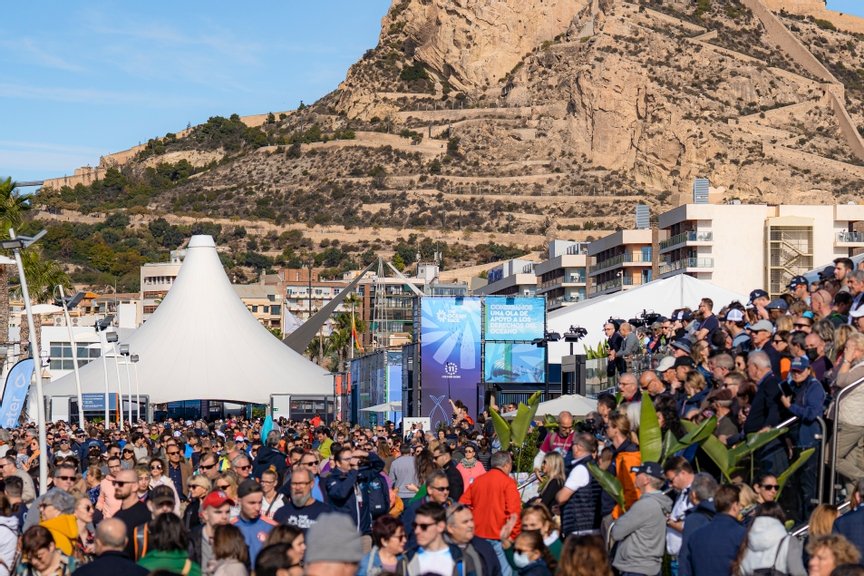 While the Alicante start period featured perfect January weather with warm temperatures under “spectacular” sunny skies, the sailors are expecting gale-force westerlies overnight, with a forecast for gale-force westerlies to build overnight, with a heavy sea state making the passage to Gibraltar and the trade winds in the Atlantic a treacherous one.

With the weak weather front having passed through the race area earlier in the afternoon, the wind conditions settled at WNW 12-14 knots for the start of the five IMOCAs. 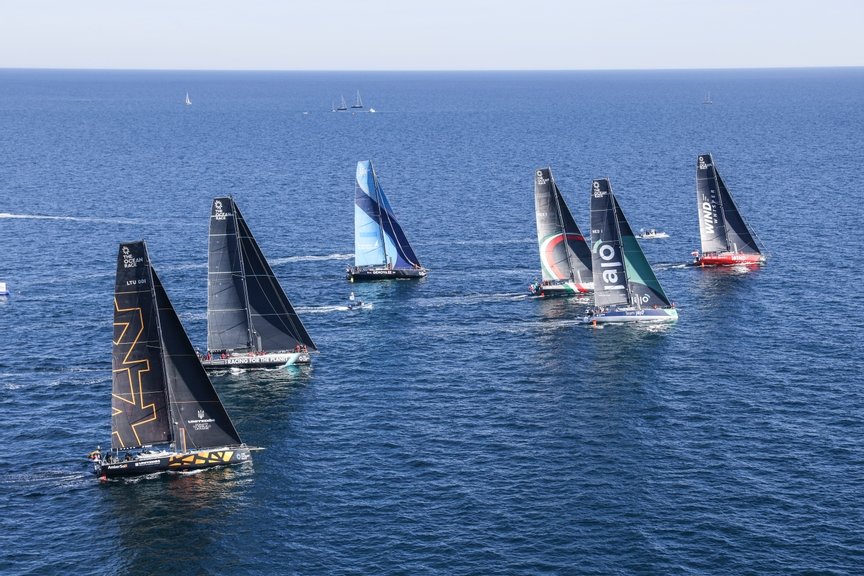 Nevertheless, as the race got underway two hours after the start of the VO65s, it was clear from the aerial view that there were still some shifts and puffs to be had.

On the water and as the start gun went it was Paul Meilhat’s brand new Biotherm (FRA) that was to set the pace, on time, at speed and on the foils. It was an impressive display, not least because last week was the first time that this crew had sailed together aboard a boat that has only recently been launched.

Behind them, hot on their heels, Kevin Escoffier’s Team Holcim-PRB (SUI) was also leaping into the air from time to time as both boats set a blistering pace.

Meanwhile, after a disappointing start, 11th Hour Racing Team (USA) skippered by Charlie Enright hauled themselves back from last to third. Experience was showing already from a team that many have considered the favourites.

The Ocean Race VO65 Sprint was the first race to get underway in Alicante on Sunday and for the start at 2.05pm CET, the breeze was both light and from a different direction than had been originally anticipated making the first stage an upwind leg rather than a reach.

Of the six boats, it was WindWhisper Racing Team (POL) skippered by Pablo Arrarte that made the best of the opening minutes. Starting at the outer end of the line proved to be a winning move ahead of a drop in the wind speed but more importantly a shift in the wind direction.

By the time the five leg lap of the bay had been completed the breeze had settled down, as had the leaderboard — for now.