A 14-year study by the Marine Megafauna Foundation (MMF) and the Manta Trust that concluded in November 2022 suggests the coastal waters of Ecuador have the world’s highest population of giant oceanic manta rays. It identified more than 2,800 individual giant manta rays in the waters off Ecuador, which MMF says is a higher number than found by any other study so far. Researchers involved in the project say the overall population of giant oceanic manta rays in Ecuador and Peruvian waters could be over 22,000 individuals. 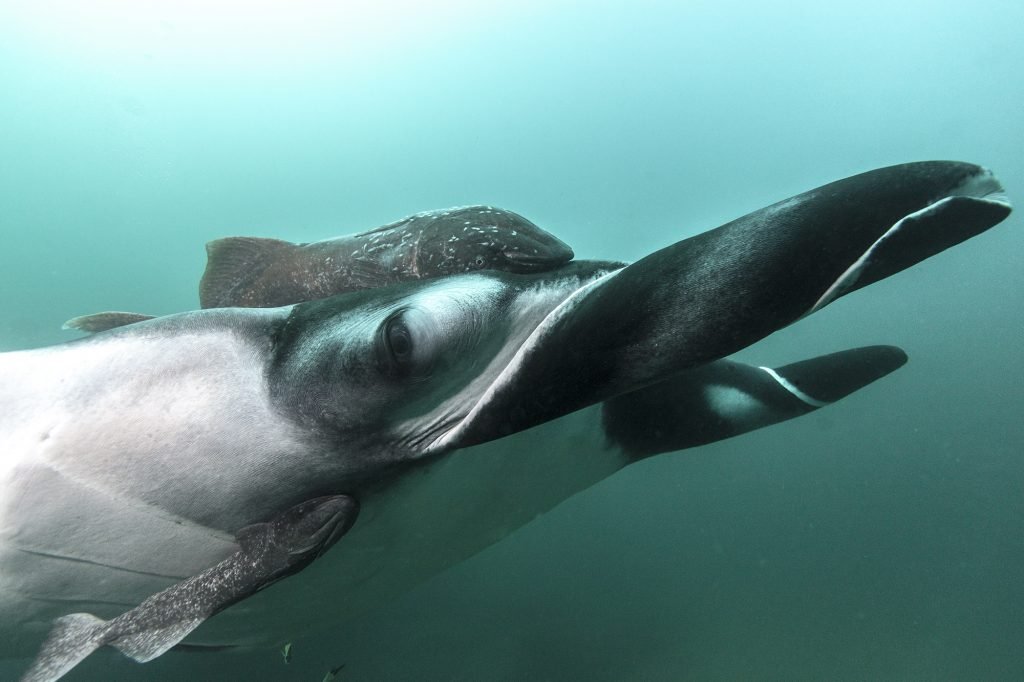 Giant oceanic manta rays can grow up to nine metres in length and seven metres in width, with a weight of 3,000kg. Manta rays are known to be friendly to divers and are often curious enough to approach divers.

MMF says that large numbers of giant oceanic manta rays seasonally gather to feed along Ecuador’s coastline. These large manta rays may be drawn to offshore islands and seamounts near to their foraging grounds in large numbers to clean and socialise, according to MMF researchers. 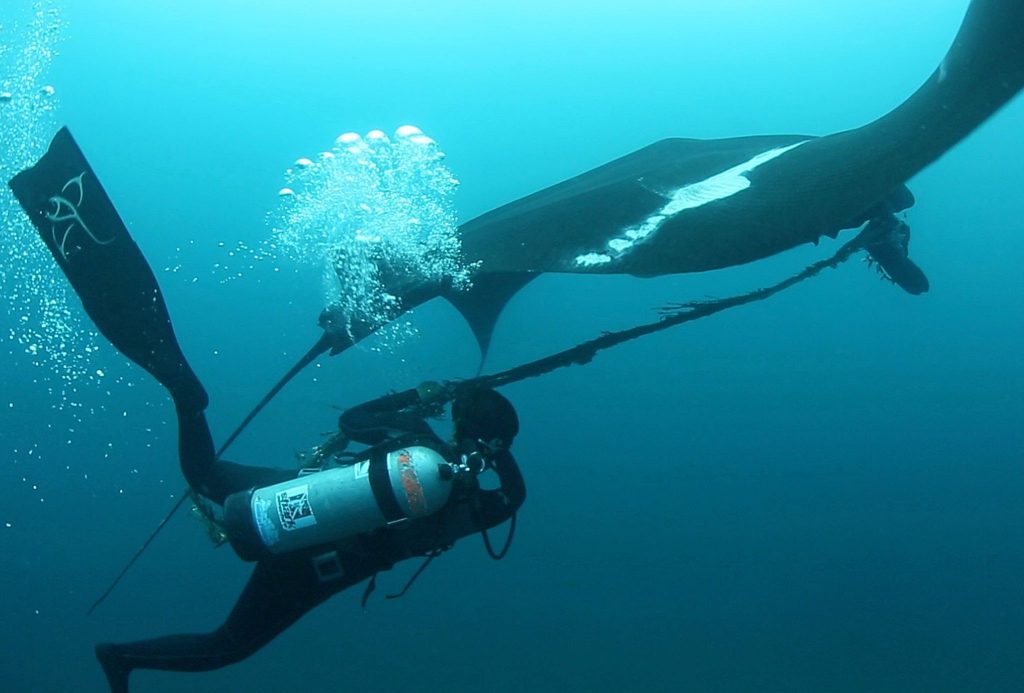 MMF co-founder Andrea Marshall said the discovery was a piece of welcome good news amid constant threats to marine wildlife. “It gives us a ray of hope for a species which is now globally endangered with extinction,” Marshall said. “As other giant oceanic manta ray populations worldwide dwindle, it is encouraging to see the sheer numbers in this region.”

Ecuador has been increasing the size of marine protected areas in its waters. In January 2022, Ecuadorian President Guillermo Lasso signed a decree conserving 60,000 km2 of ocean between the Galápagos Marine Reserve and the Costa Rican maritime border northwest of the Galápagos Islands. 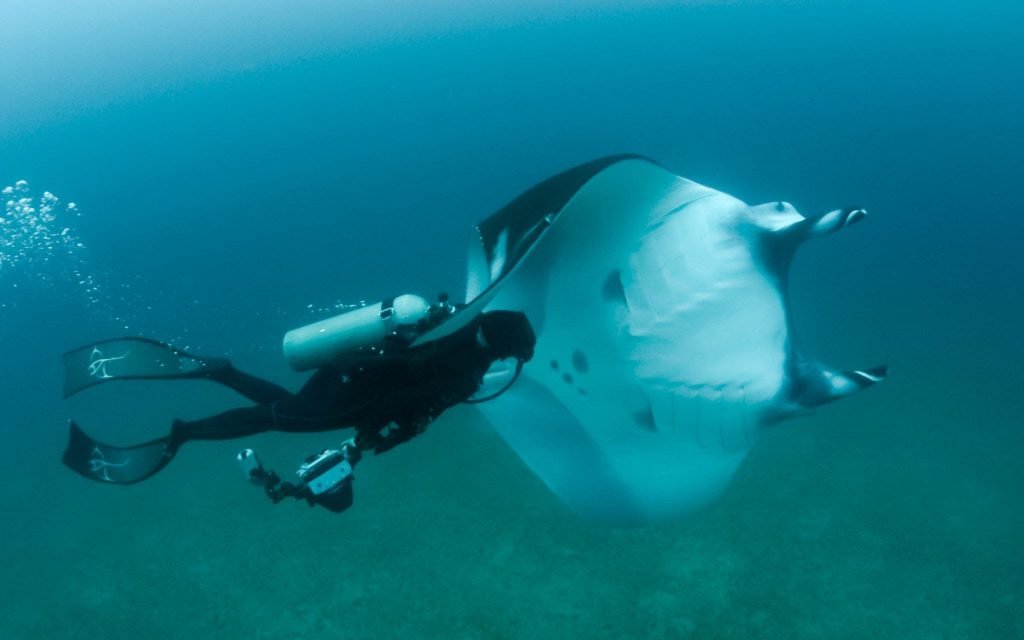 The new Hermandad Marine Reserve includes a 30,000km2 fully protected area that includes a “migratory corridor” used by manta rays and many other species between the Galápagos and Cocos Island in neighbouring Costa Rica.

“Ecuador is hands down one of the most exciting places to dive with and research giant oceanic manta rays in the world,” says Marshall. “There were days (when) we were swimming with dozens of them at a time – one of the privileges of my research career.” 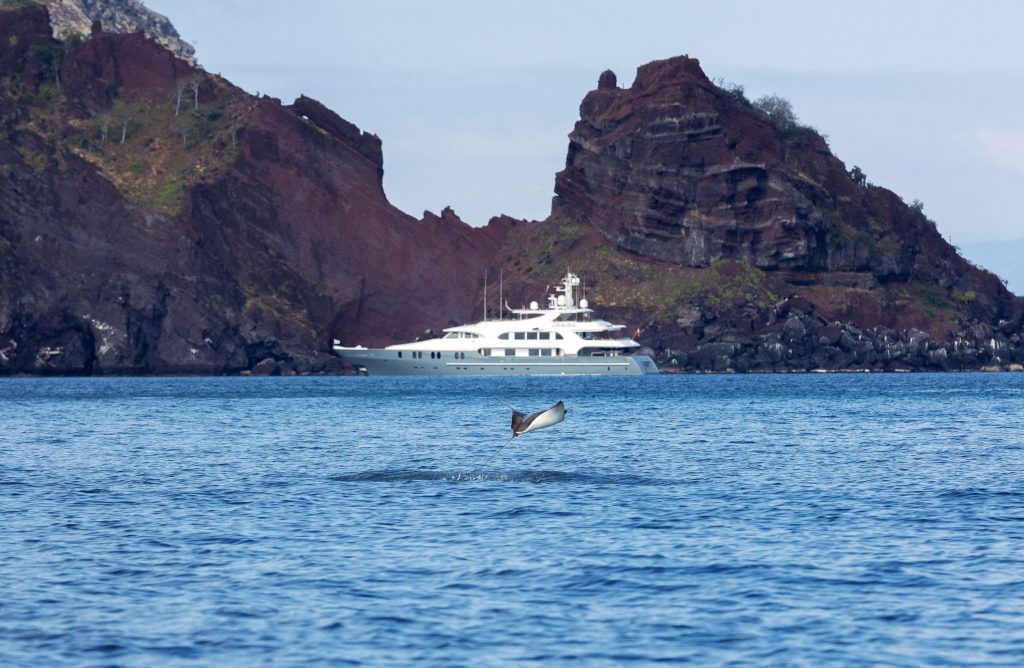 Aqua Mare in the Galapagos Islands

Luxury superyacht charters are starting to explore the Galápagos Islands, about 550 nautical miles off the coast of Ecuador. In 2022, luxury yacht and cruise charter company Aqua Expeditions added a luxury charter yacht, Aqua Mare, to its fleet. The yacht is available for luxury charter in the Galapagos Islands.