Sit back and relax on a voyage around Komodo with the owner of a 65m ketch that's described as the most luxurious Indonesian Phinisi ever produced.

A GREAT CURVED TIMBER HULL lies almost hidden among the forests at the foot of a volcano. The stern is deep among the coconut palms but, from where I stand on the scaffolding, the bow sweeps out towards the sea in a graceful curve. Deep down beside the keel two carpenters are working. They are so far away that I don’t even notice them at first. 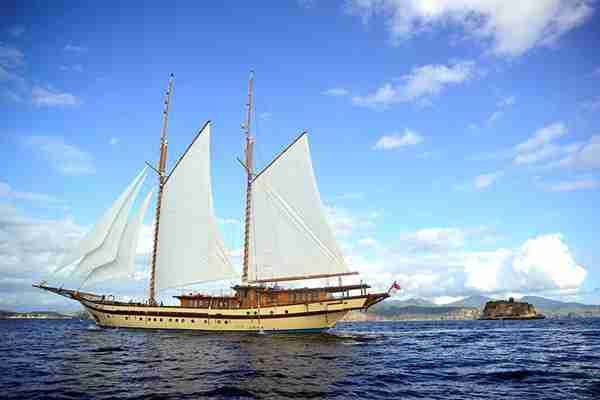 They’re part of a Konjo community (the master-carpenters of Sulawesi) who established a tiny boat-building hamlet on the shore at Sangeang volcano, off the north shore of Sumbawa. When Sangeang erupted last year – blasting a cloud of ash and pumice so far into the stratosphere that planes were diverted from as far away as Australia – the Konjo had already anticipated the signs. Long before the rest of the world knew anything was going on, they had evacuated the island. 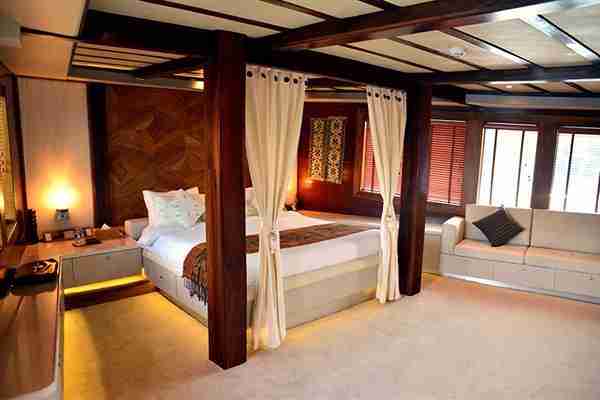 To read all of this article pick up a copy of the 2015 Nov/Dec issue of Asia-Pacific Boating magazine, or buy it online from www.magzter.com. Also available for download at the App Store and Google Play.