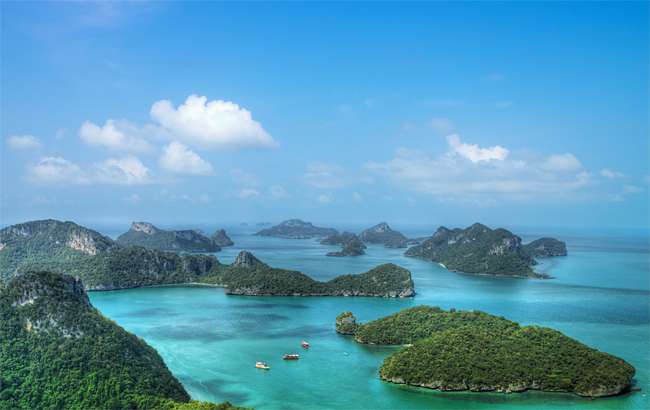 Officials from Thailand’s finance ministry, including new minister of finance, Arkhom Termpittayapaisith, have confirmed that foreign-flagged visiting superyachts will now be able to charter their yachts in the winter season in Thailand without having to pay VAT on the value of the vessel, according to a statement released by Verventia, the organiser of the Singapore Yacht Show and the Thailand Yacht Show.

According to Verventia, the change marks the beginning of Thailand as a new “third destination” for the global superyacht fleet. The boost to superyacht tourism is expected to help boost Thailand’s tourism economy, which has been badly damaged by Covid-19 restrictions.

Andy Treadwell, Verventia’s founder, along with the Thai Yachting Business Association (TYBA) have been pushing for better regulations regarding superyacht visits and charter in Thailand since at least 2015.

In 2016, Minister Arkhom, then incumbent Minister of Transport, signed the government decree authorising the “superyacht charter license”, the first three of which were presented to foreign superyacht owners at a ceremony announcing the launch of the new Thailand Yacht Show.

It took a further four years to agree on the tax regulations surrounding the initiative.

It its statement, Verventia said: “The whole of the Thai yachting industry has worked together to finally arrive at this point, and TYBA (Thai Yachting Business Association) Chairman Matthew Na Nagara and his team have been instrumental in ensuring that enough information and political persuasion has been given to all government departments and administrative organisations to push the initiative to a conclusion.”

The company said the Thailand Yacht Show will become the “centrepiece” of a Festival of Luxury Tourism, including shows on private jets, classic cars, wellness and art that are to take place in Phuket over the next ten-year period.

Verventia said that the news would also benefit ASEAN, as well as Australia and New Zealand, as more superyachts drawn to Thailand would benefit the boating businesses of the entire region. Phuket has become a focal point of superyacht visitation in the past 20 years. The 2021 edition of the Thailand Yacht Show has been postponed from its original dates in February to later this year due to uncertainty over Covid restrictions.