Tankoa Yachts has announced the sale of its second Sportiva 55, the first of which, MY Kinda, debuted at the Monaco Yacht Show 2022. The Sportiva 55 series was designed by Luca Dina, and hull number two is due for delivery in 2024.

“The sleek, thoroughbred exterior lines of the 55-metre Sportiva express the yacht’s sporty nature reflected in the ‘tails’ of the upper deck overhangs and the automotive-inspired bow section,” said Luca Dini at the launch of the series. “The style is rigorous yet timeless and deliberately contrasts with a layout designed for informal contemporary living.” 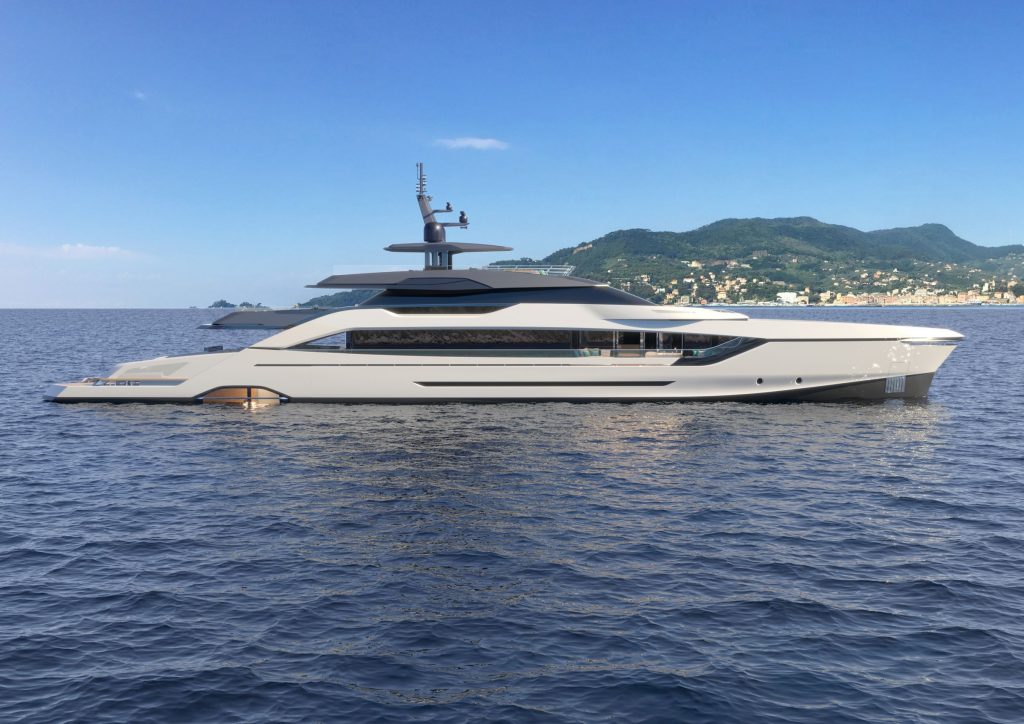 “The second all-aluminium Sportiva 55 sold in less than a year is for a young European owner with a strong passion for yachting,” said Giuseppe Mazza, Tankoa Sales and Marketing Manager. “With eight projects under construction for delivery between now and 2025, I am proud to see that the commercial strategy undertaken three years ago is bringing the expected results and we are on the right path to become one of the main players in the superyacht market.”

In a 2020 interview with Vincenzo Poerio, then newly installed as CEO of Tankoa, he outlined his intention to raise Tankoa from building two to four superyachts simultaneously and to introduce a series of ‘entry-level’ superyachts.

Read: Vincenzo Poerio on the future of Tankoa

The new yacht will feature a galley on the main deck, a master stateroom with private hot tub also on main deck, five guest suites on the lower deck, a spectacular beach club with swimming pool, a Nemo room and an elevator between the lower and upper decks. The owner’s team will provide the interior design.

“Despite all the political and economic uncertainty, 2022 has been a very fruitful time for Tankoa as the market is increasingly aware of what our boutique brand is all about,” says Tankoa President, Eva Orsi. “The super sleek Sportiva 55 was designed by Luca Dini to expand our market offering by integrating all the best features into a 55-metre yacht while remaining under 500 GT and this second sale shows we’ve hit the nail on the head.”