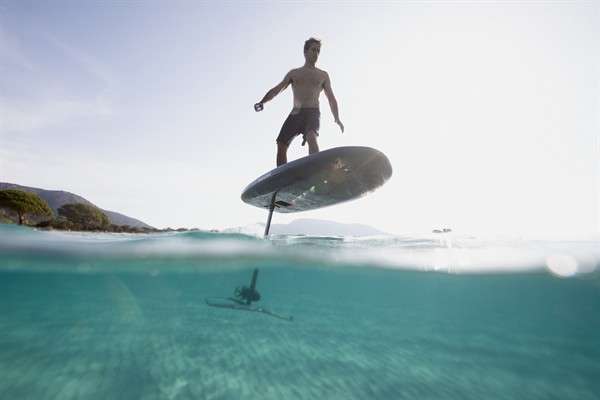 One of the most sought-after water toys this year is one that lifts you out of the water altogether. The Takuma Concept electronic foil (e-foil) is a futuristic flying surfboard that hovers 50-80cm above swell while reaching speeds over 30km/h. The sensation of speeding over the waves with no resistance is both liberating and extraordinary, and fans of foiling refer to their hobby as ‘flying’.

“You don’t have any drag when you fly with the hydrofoil, it’s really smooth,” former pro-kiteboarder and Takuma Concept founder Cyril Coste tells Asia-Pacific Boating. “The feeling of it is unreal. You feel like you are flying, or perhaps snowboarding in the best snow ever.”

Launched by Coste in 2016, and based in France and Japan, Takuma Concept started with a range of non-electric hydrofoil boards for water sports. In the last two years, the company has moved into the electric foil market, which is a small but rapidly growing niche.

“The market [for electric foils] is much bigger; we can do new things. And there are still only a handful of brands on the market doing this,” says Coste. “While our main market has always been Europe and Australia, we are now getting more orders across Asia.”

The physics of any hydrofoil board are the same as a hydrofoil boat: submerged wings create higher pressure on the bottom of the foil, generating uplift as the board moves through the water. The addition of a lithium battery and motor means the board can be used without wind or waves, making it accessible to a broad demographic. A single charge can provide up to one hour 45 minutes of ‘fly time’.

“Our goal was not to have the first electric foil on the market, but to have the most easy-to-use and most accessible product; to open the market for everyone. This is not aimed at professional athletes, it’s something everyone can do,” says Coste. 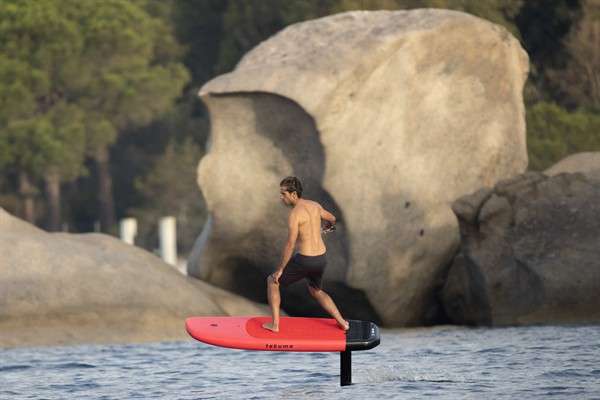 One of Coste’s motivations for Takuma was to share his passion for watersports with his parents. “Eventually I got them to try it, and they were super stoked,” he says. “They tried it on their knees, but that’s the great thing, you don’t have to stand. You can kneel or even sit, and still enjoy it.”

Takuma currently offers two e-foils, one more stable version designed for beginners and a more manoeuvrable edition suitable for cruising at all levels. “Our next board is called Carver – it has the same engine as the others, but it’s for carving, turning and generally playing about more, a more sporty feel,” adds Coste.

The e-foil works well as a yacht toy, offering a more environmentally conscious alternative to other personal watercraft, which may rely on fossil fuels. “Having an electric foil is so much better,” says Coste, who says he enjoys bringing his wife and young son aboard his e-foil with a picnic, and spending the day island-hopping. “It’s not like a jetski. An e-foil hardly makes any noise, so you are not going to bother anyone as you cruise around. It’s the new SUP (stand-up paddleboard), but a lot more fun!” 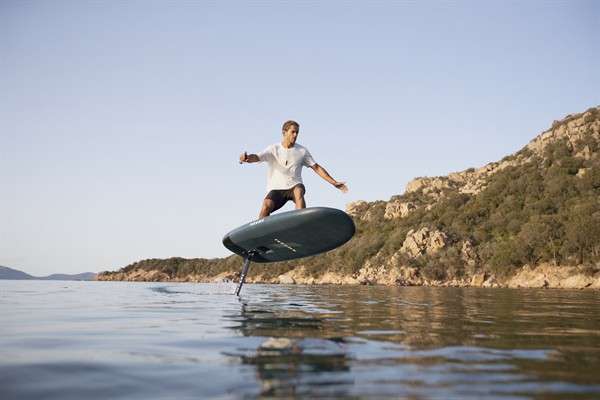