The marina at the Lantau Yacht Club is starting to open, representing the first dedicated superyacht berths to come onto the Hong Kong yachting scene in decades. HKR International Ltd Deputy Chairman & Managing Director Victor Cha, a superyacht aficionado, discusses his love of yachting and his vision for a new superyacht hub in west Hong Kong 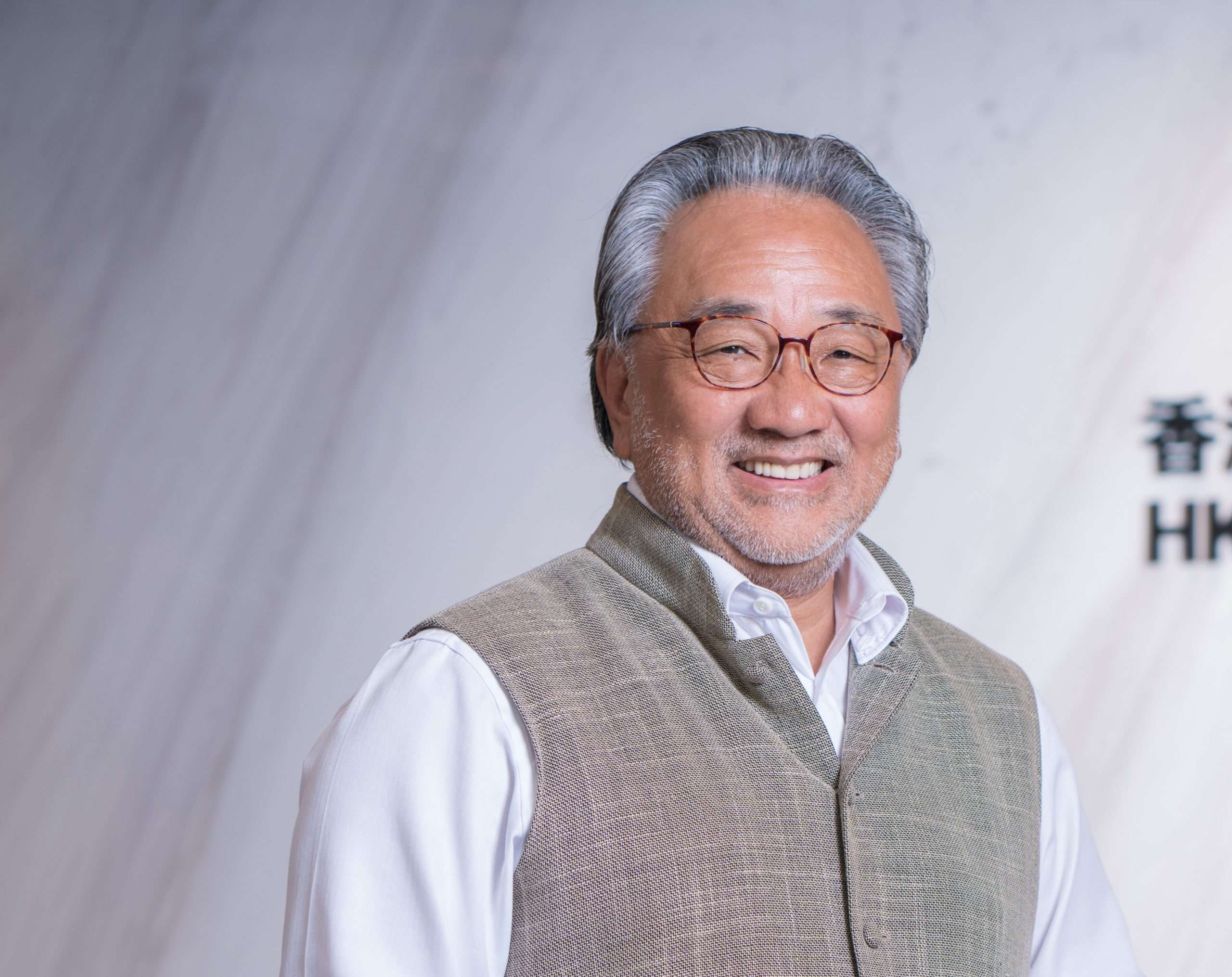 This autumn, the new marina at Lantau Yacht Club finally starts to open up. It marks the first time that a completely renovated or new marina comes online in Hong Kong in decades.

The refurbished marina and club are the brainchild of Victor Cha, deputy chairman and managing director of HKR International Ltd (HKRI), a shareholder of the developer and operator of Lantau Yacht Club. 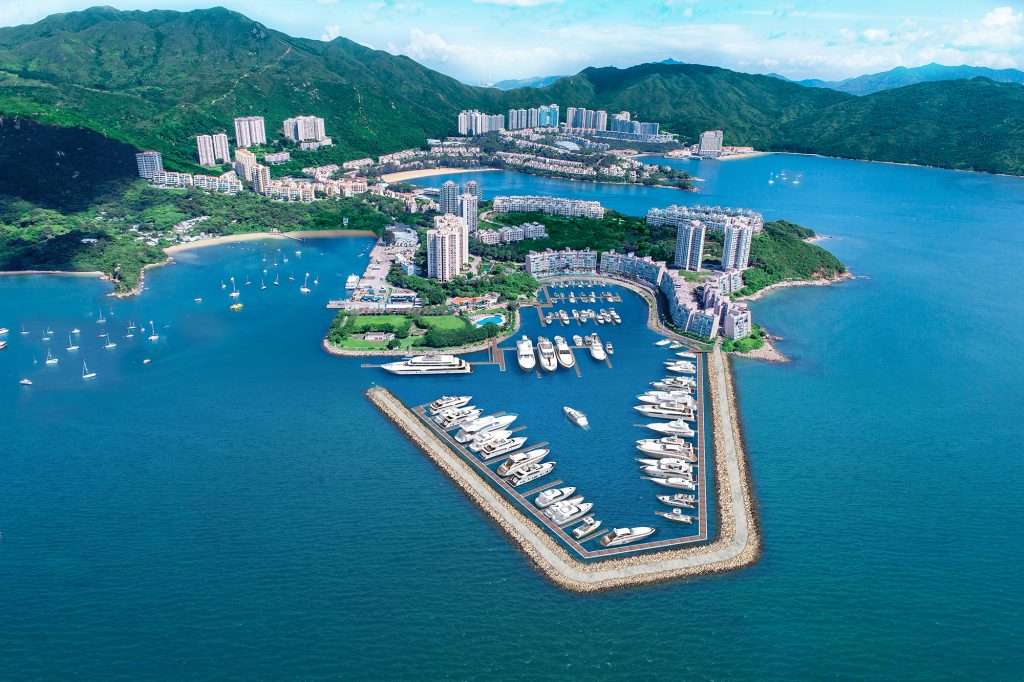 Cha, a yachting enthusiast, has experience being on the water that goes back to his student years. “I started boating back in my high school days, but it was not until about 20 years ago that I started to be more involved in this hobby,” Cha tells Asia-Pacific Boating. “I was very busy with my business at the time, and yachting became my favourite de-stress activity.”

Cha says the main reasons he likes yachting are travel and photography. “With yachting, I can enjoy both at the same time.”

The lure of exotic creatures and submarine vistas caused Cha to switch from cruising and chartering yachts in the Mediterranean to exploring Southeast Asia, his backyard. “As I dive more, I’m more fascinated by the underwater world – the fish, corals, reefs and marine life. Recently, I’ve started doing underwater photography.”

As I dive more, I’m more fascinated by the underwater world – the fish, corals, reefs and marine life

Cha says that he also enjoys the family-oriented side of yachting, sharing a boat first with his children and now with his grandchildren. “They all love swimming and being on the water.”

That should keep Cha busy. His extended family includes three siblings that sit on the board of HKRI. Cha’s father, Dr Cha Chi-ming, bought a majority stake in Hong Kong Resort Company Ltd in 1977 and went on to develop Discovery Bay. 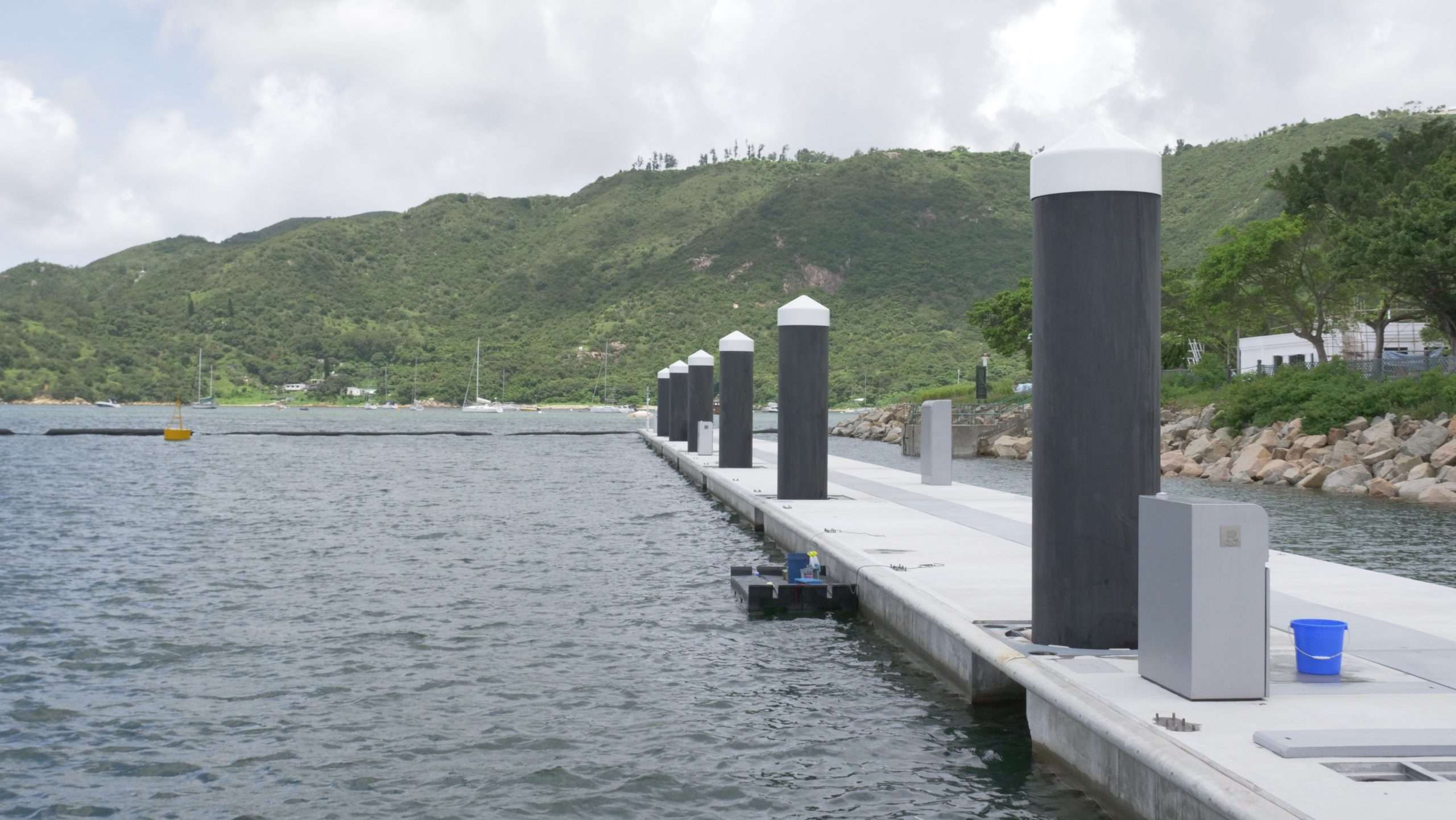 Being connected to the sea has been a long-running theme in the Cha family. “I enjoy nature, the sun and the ocean. That’s why I love yachting.”

Cha says his favourite destination is the Raja Ampat islands of Indonesia. He notes that Southeast Asia has three times the cruising area of the Mediterranean and the Caribbean combined, with a warm climate year-round. The waters of the Philippines, Indonesia, Papua New Guinea and Timor-Leste constitute the Coral Triangle, which Cha calls “a genuine treasure of the world”, for its coral reefs and abundant sea life.

When boating in Hong Kong, Cha can be spotted in Sai Kung, exploring the beaches and finding seafood dinners at the local restaurants dotting the shores of area.

But Cha is also a businessman. He is said to be the driving force behind the redevelopment of the marina and the creation of the Lantau Yacht Club, which will now appeal to superyacht owners, in Hong Kong and overseas.

“Our mission is to promote yachting in Hong Kong and Asia, and to strengthen Hong Kong’s position as Asia’s hub for the leisure boating industry and Asia’s largest market for superyachts.” 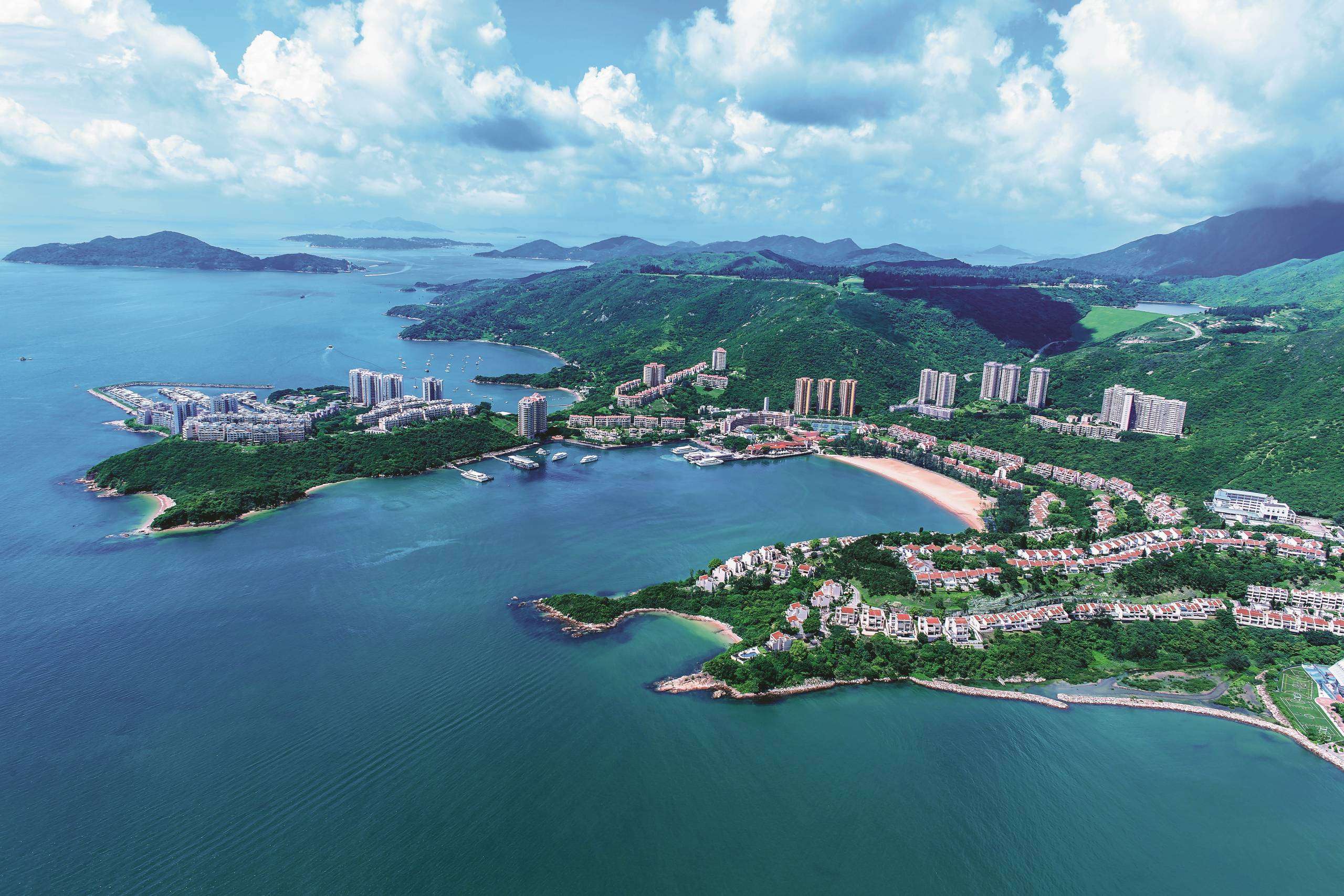 Hong Kong’s yacht owners have certainly demonstrated their love for yachting. In the first half of 2020, after a relaxing of social distancing rules, Hong Kong’s yacht owners turned to their boats in enormous numbers, and Hong Kong yacht dealers enjoyed record-breaking sales. Fabiomassimo Discoli, sales and marketing director Asia-Pacific at Ferretti Group, said that in the past year, over half of sales into Asia-Pacific went to Hong Kong.

Despite ever-expanding yacht ownership, Hong Kong has lacked new marina berths to keep pace, and Cha adds that there have been no tailor-made facilities for superyachts in Hong Kong. In emailed comments made in March 2020, the Hong Kong Marine Department insisted there is sufficient berthing space for pleasure vessels in Hong Kong until 2030. Lantau Yacht Club will be the first and only custom-built marina in Hong Kong that can cater to the specific needs of superyachts, according to Cha.

Our mission is to promote yachting in Hong Kong and Asia, and to strengthen Hong Kong’s position as Asia’s hub for the leisure boating industry and Asia’s largest market for superyachts

“We believe Lantau Yacht Club will help bring in yachts from overseas that could not come before due to a lack of suitable mooring facilities,” Cha says. “Hong Kong deserves better marine infrastructure – it has a beautiful coastline, mesmerising skylines and outlying islands that are ideal for cruising.”

HKR decided to embark on the “long overdue” redevelopment after 29 years of operating the Discovery Bay Marina, which opened in 1989.

But Cha and HKR see a big future for the marina and for yachting in the so-called Wild West of Hong Kong, with the lesser-visited destinations such as Soko Islands and the southern reaches of Lantau. He reckons that the Lantau Yacht Club will encourage more cruising in this area of Hong Kong, as the waters are quieter than busy Sai Kung.

One of the biggest hopes Cha has for his new yacht club is the prospect of attracting visiting superyachts to Hong Kong. He says that Hong Kong has a “strategic” location in Asia as a transit point for superyachts doing a tour of the Indo-Pacific, with superyacht repair and refit facilities in Tsing Yi, and of course, the new marina. 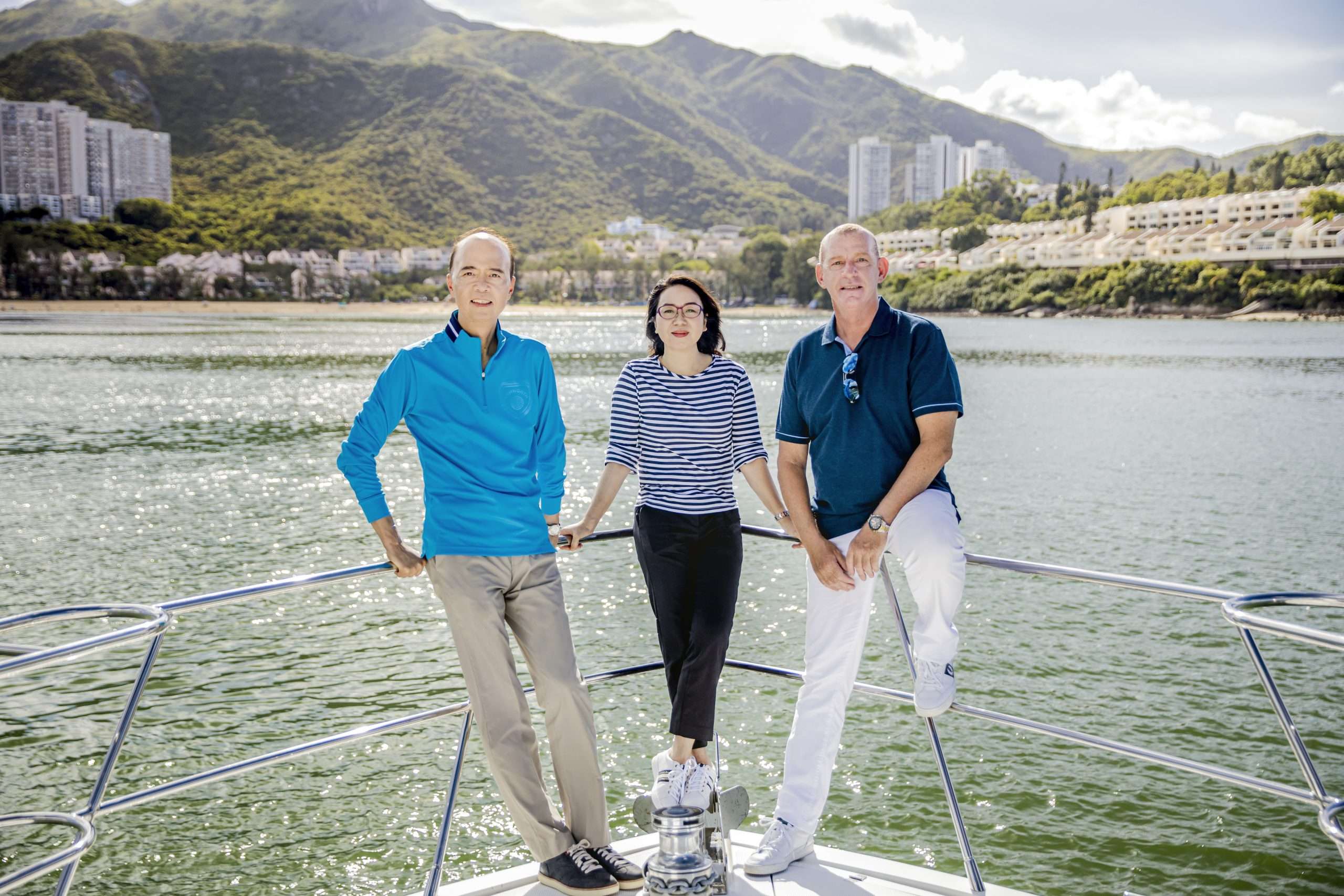 The main piers at the marina are five metres wide. 5G networking is planned, and superyachts will get 600A of three-phase shore power electricity. The service yard offers haul out, with a travel lift of 45 tonnes for vessels up to 17 metres.

The new Hainan Free Trade Zone plan, which was announced on June 1, is another hopeful sign for Cha. The policy reduced taxes on imported yachts to zero, and Cha thinks regulations on yacht visits between Hainan and Hong Kong will be relaxed, and that visiting superyachts will ultimately have two places to explore on a tour of the southern China coast.

However, Cha admits that a continued lack of moorings and regulatory issues will hinder the development of the superyacht industry in Hong Kong. He says the government can do more in terms of legislation, policies and procedures to facilitate foreign superyacht visits. He also wants the tourism authorities to do more to promote Hong Kong as a yachting destination, citing the huge economic benefits that would come from a busy leisure marine sector.

And the Hong Kong government has indicated its intention to develop Lantau into a new metropolis, with one plan calling for a new artificial island in the waters just off Discovery Bay.

“We are located on Lantau Island, the centre of future development for the city and a planned third economic hub,” Cha says. “Our name, Lantau Yacht Club, has an association with broader Lantau, reflecting our position as an important yachting facility in the region.”