Gold Coast City Marina and Shipyard (GCCM) is proud to announce Sunseeker as the latest worldwide yachting brand to join the most awarded and largest refit and repair facility in Australia. 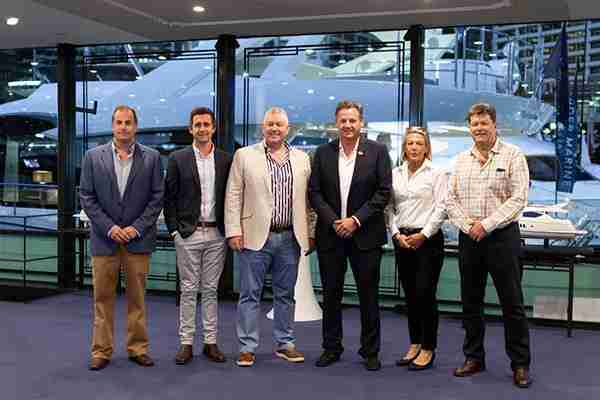 Sunseeker East Coast Australia will now open an office at GCCM as the leading luxury yacht builder expands its reach on the east coast of Australia. Announced at the Sydney International Boat Show, Brad Rodgers explained the decision to take residency in the largest and most awarded refit and repair facility south of the equator.

“There is a great opportunity for the Sunseeker brand in Australia and, specifically, on the Gold Coast. We needed a location which would allow us to tap this market as well as support Sunseeker owners in after sales service. GCCM stood out as the clear option.”

Sunseeker East Coast Australia will have a sales suite and after sale service centre overlooking their demonstration yachts secured in GCCM’s superyacht berths. 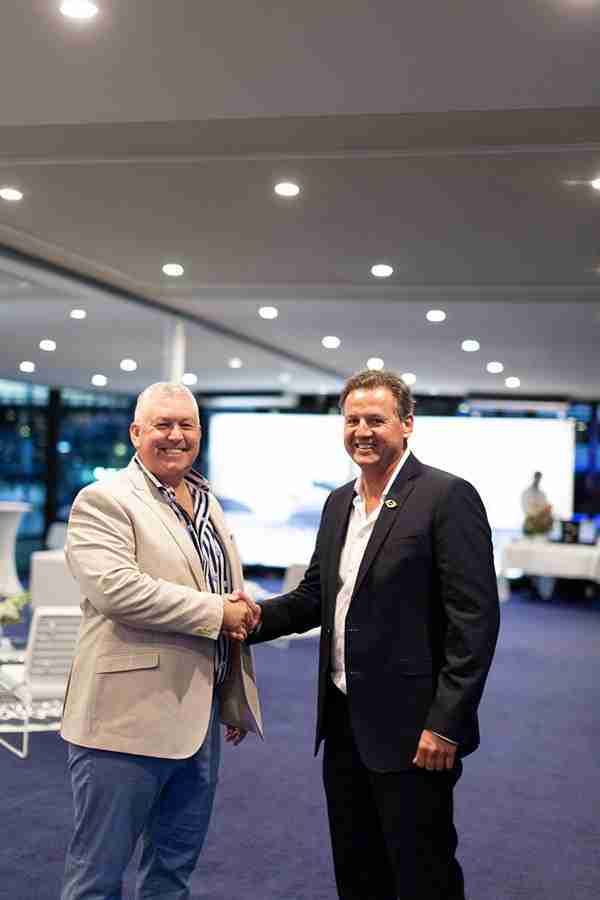 “We are delighted to welcome Sunseeker East Coast Australia to GCCM. We have been servicing yachts for nearly 20 years now and have developed Australia’s leading group of marine contractors and trades. It is our collective expertise and experience which gives brands such as Sunseeker the confidence to invest,” offered Trenton Gay, CEO of GCCM.

Sunseeker joins world-leading marine brands aligned with GCCM, including Hill Robinson, Seal Superyachts, IGY Marinas, Benetti and International Paint. GCCM is also home to over 80 onsite marine businesses employing over 700 tradesmen and craftsmen. Approaching its 20th anniversary, it is the most awarded marina and shipyard in Australia taking out the inaugural Hall of Fame Award from the Marina Industries Association.

“The Gold Coast is presently enjoying a surge in yachting as owners and crew wake up to the lifestyle and marine services available in the beachside city. GCCM is at the epicentre – attracting yachts up to 75 metres – seeking maintenance, refit and repair work. We are investing, as are the Gold Coast City Council and Southport Yacht Club, in infrastructure for bigger yachts. Sunseeker along with our other international yachting partners will benefit from this expansion,” continued Gay.

“Australia is a developed luxury boat market, yet we are seeing buyers’ appetite for our large yacht range growing, changing the dynamics of our sales strategy,” said Brad Rodgers.

Aside from announcing its expansion into GCCM, Sunseeker Australia will be displaying four luxury yachts at the Sydney International Boat Show.