Launched in late 2020, OceanXplorer is one of the most extravagant exploration vessels ever commissioned by a private owner. The goal is to make ocean research as sexy as space exploration by combining research vessel with media platform. Can a hedge fund billionaire, a celebrated Hollywood film director and the world’s ocean researchers get the world as excited about deep-sea submersibles as robots on Mars? 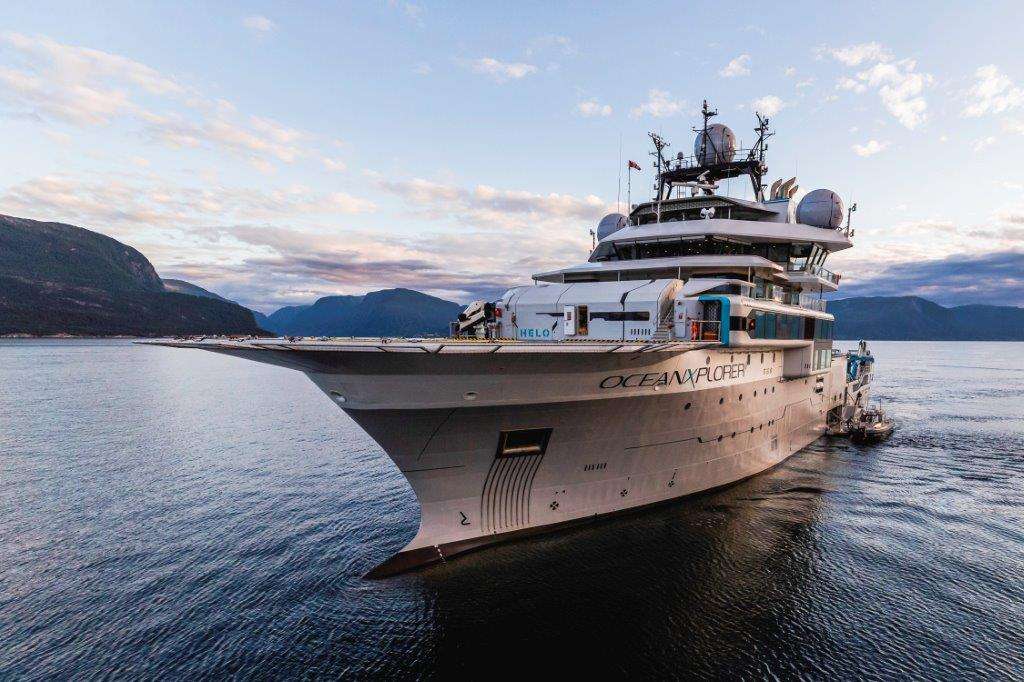 US hedge fund billionaire Ray Dalio wants to shine a light, literally and figuratively, on the ocean depths and broadcast the view to billions via TV or the internet. That is his plan with OceanXplorer, a remarkable vessel launched by Dutch commercial builder Damen Shipyards in late 2020.

OceanXplorer, an 87-metre vessel, was first launched in 2010 as the Volstad Surveyor, a support vessel for the oil and gas industry. Dalio bought the boat in 2016 and began what may be the world’s greatest conversion project. It was also an opportunity to take advantage of the waning market for offshore oil and gas support vessels.

Because these boats are designed for heavy seas and carrying large loads, they offer excellent conversion opportunities for buyers wanting go-anywhere expedition yachts, says Steve Gresham, the UK yacht designer brought in to handle the exterior looks and internal layouts. 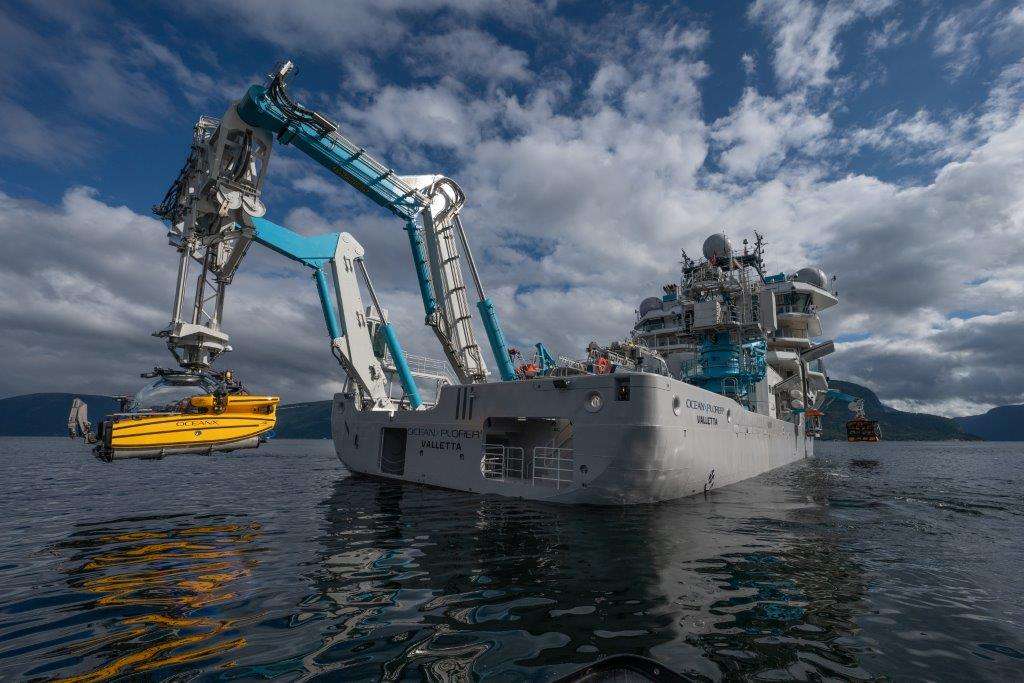 OceanXplorer can host submersibles, helicopters and ROVs, and deploy them in all conditions

“If you want a (new) boat that’s 85 to 90 metres – a platform supply vessel – you’re looking at over US$100 million,” says Gresham. “You open up any shipbroker’s website, you can see them for US$15 million. You get what you pay for, but they are about 20% of the original cost, so you get a lot of boat for your money.”

There are costs in the conversion process, Gresham says. “But at the end of the day, you’ll get a vessel that can go anywhere at a fraction of the price of a new build, and at a fraction of the time.” He notes that commercial shipbuilders can do most of the conversion work, and that finding a slot with such yards is relatively easy compared to an established superyacht builder. 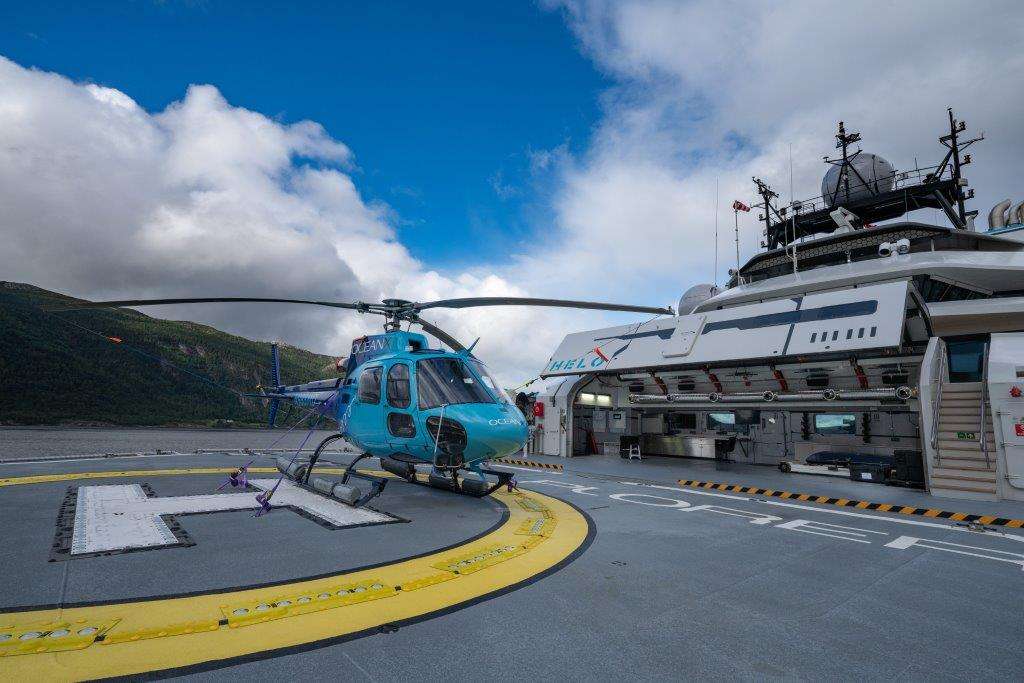 During the Economist Group’s eighth annual World Ocean Summit, held in March 2021, Dalio said that he discussed the idea of creating a bigger, better-equipped ocean research and media platform with James Cameron, film director. Cameron is well known for his love of the oceans and expedition to the bottom of the Marianas Trench, the world’s deepest point.

With OceanXplorer, Dalio wants to take the Cousteau model of ocean discovery and put it on a massive dose of steroids

“First, I found out what the dream things were that the scientists wanted and what the dream things were for the media, and I just gave it to them,” said Dalio. Both he and Cameron frequently reference Jacques Cousteau and his made-for-TV exploits aboard the Calypso. With OceanXplorer, Dalio wants to take the Cousteau model of ocean discovery and put it on a massive dose of steroids. 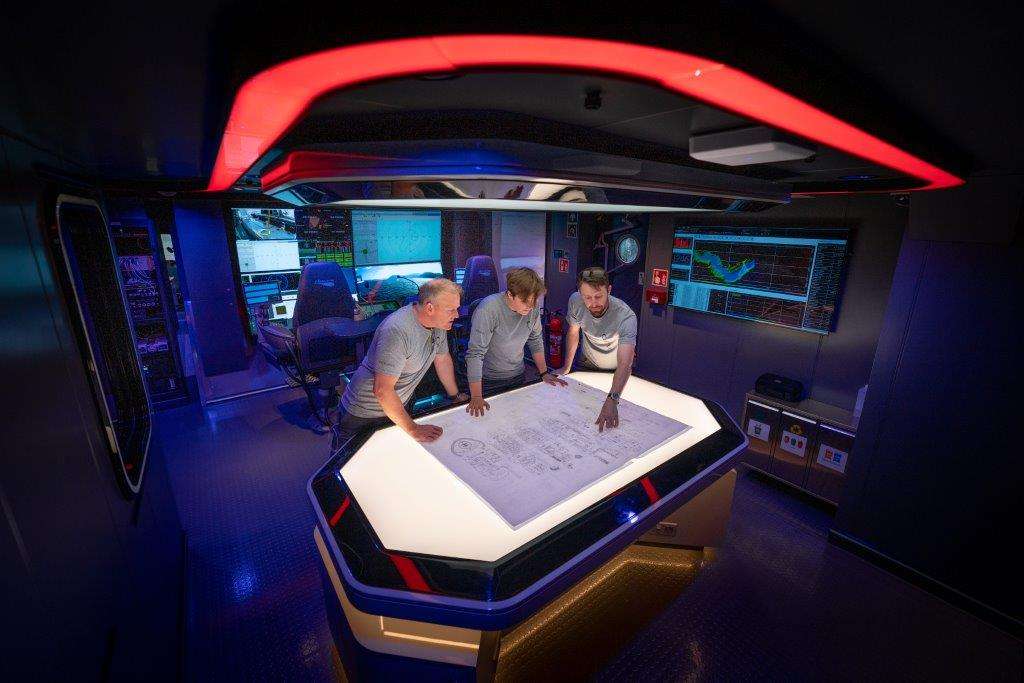 OceanXplorer is equipped with state-of-the-art laboratories, submersibles and dedicated helipads and helicopter storage, remotely operated underwater vehicles (ROV) and media centres to make it all come to life. Dalio said he envisions OceanXplorer’s ROV plumbing the ocean depths while kids in a faraway school can see live-streamed imagery from the ROV, and even take turns “piloting” it.

Dalio said he has worked with oceanographic institutes and media outlets to figure out ways to measure the success of OceanXplorer.

“We have metrics to follow – spending on space exploration is about 100 times what ocean (exploration) gets. So that is a metric we want to shift,” Dalio said. “I think we are going to have an impact that will be 20 to 50 times what we spend.”

The labs and shipboard systems had to be designed as a movie set, to allow for filming dramatic sequences 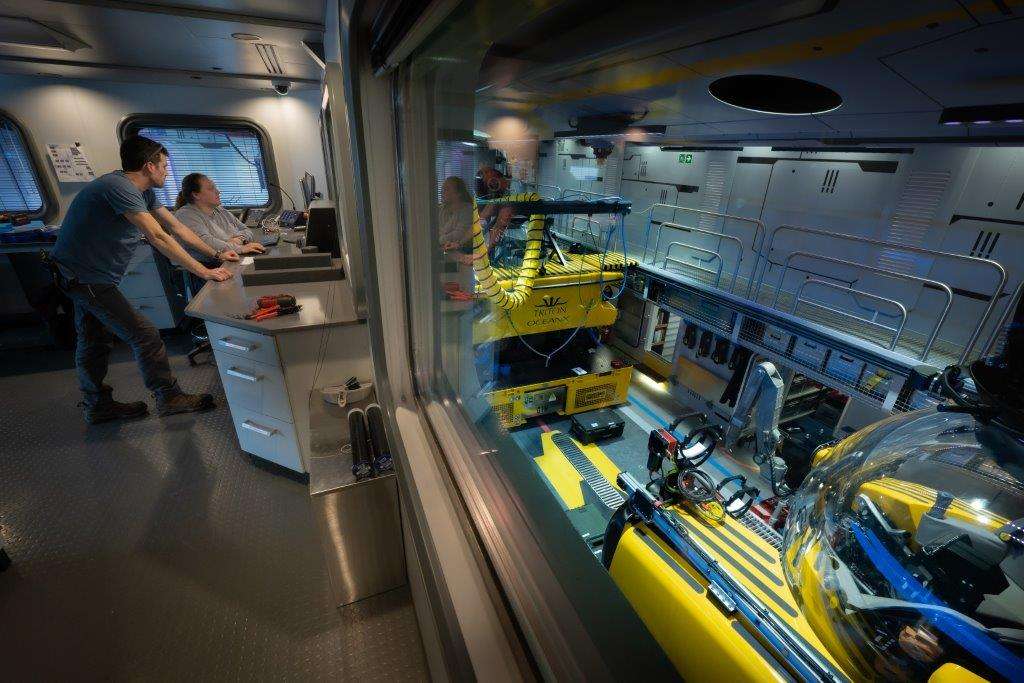 By having all the possible tools and vehicles needed for deep-sea exploration, OceanXplorer will offer scientists the ability to explore, make discoveries and broadcast it all in just one trip. Dalio likes to compare OceanXplorer to the Starship Enterprise.

“OceanXplorer was a very specific brief. They (OceanX – Ray Dalio’s ocean foundation) had the foundation, the history and the original boat (the 56-metre Alucia). They worked with the BBC and Blue Planet II using that boat. But they needed a bigger vessel,” Gresham says, adding that they knew what they needed because they had already done the work.

This was no easy task. The submarines onboard require special cooling systems so that the Perspex domes, designed for the cold depths of the ocean, do not lose their integrity. Helicopters need special silos for storing fuel. Scientists required plenty of lab space with access to the ship’s onboard computer systems to run their experiments. Server racks had to be installed as scientists would come onboard with their own servers.

And the labs and shipboard systems had to be designed as a movie set to allow for filming dramatic sequences.

Cameron brought in Hollywood production designer Page Buckner to work on making the interiors suitable for filming. Gresham describes how Buckner wanted walls, some of them bulkheads, taken out of labs to allow for wide-angle shooting of the scientists working in the labs. White lab gear had to be finished in grey to allow for better filming and colour. 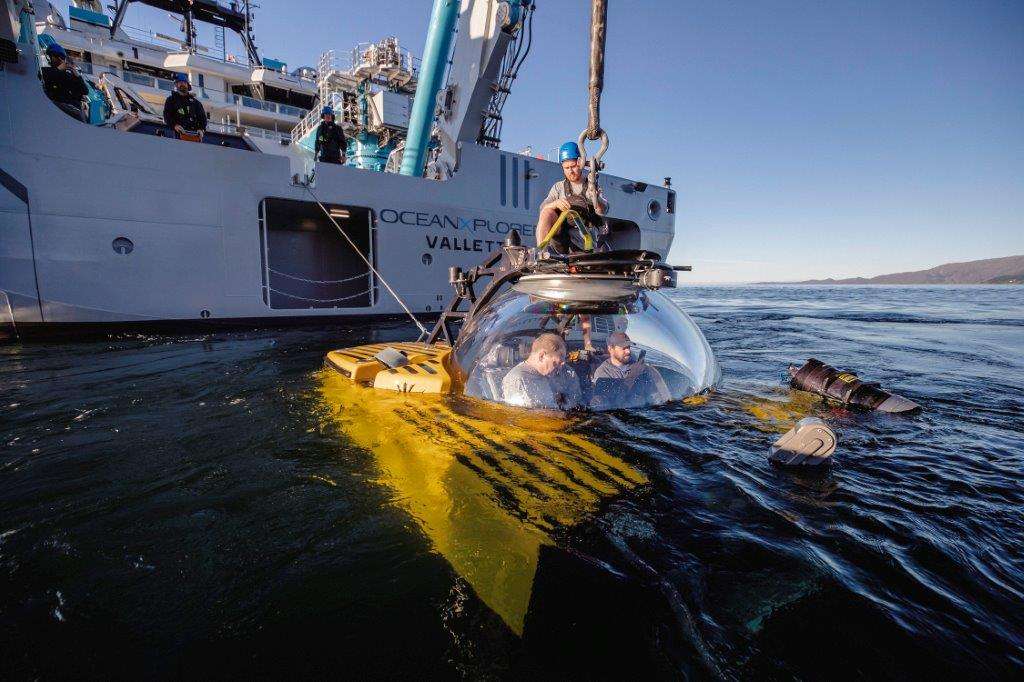 Cameron himself has said that with OceanXplorer, he doesn’t want to just film underwater species; he wants to turn the process of ocean research into the subject of the movies and shows he will create.

Onboard OceanXplorer, Dalio opted for comfortable but simple interiors and guest cabins. Gresham reckons that many newer superyacht owners are less interested in opulent interiors and more concerned about where they can go and what they can do with their boats.

And though onboard guests may not be living in the lap of luxury, they will get superb views, thanks to the huge bay windows Gresham added in.

OceanXplorer follows a path first blazed by Microsoft co-founder Paul Allen, who made his superyacht Octopus available for scientific research. And it will not be the last, as REV Ocean, the world’s largest superyacht/research vessel at 183 metres length overall, nears completion.

Gresham said he is currently looking for another 90-metre oil and gas support vessel for a client to turn into an expedition-style yacht.

“As a conversion platform, they are fantastic. They have good payload capacity. The modifications to these boats are not hugely difficult. The steelwork and naval architecture are all known, and there are lots around. It’s great that you can transform these vessels into eco-warrior boats.”