The Ocean Alexander 35R has won rave reviews for its innovative layout and efficient performance. It is also a potential star in the charter market thanks to generous crew planning and an enormous galley 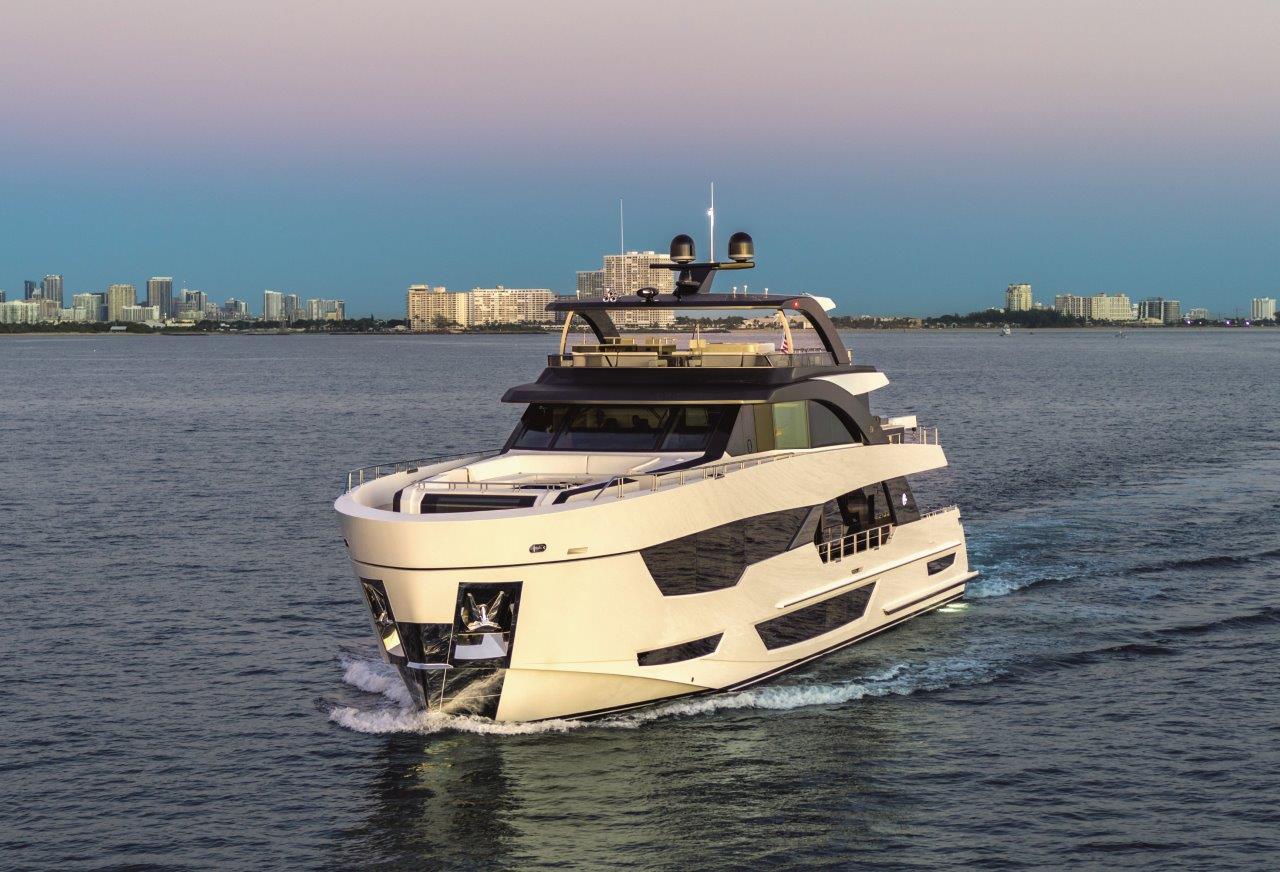 The 35R is a ‘pocket superyacht’, with a widened-out bow creating extra volume

When the Ocean Alexander 35R debuted at the 2021 Fort Lauderdale International Boat Show, it sailed away with the much-desired Best in Show award. The 35R is the flagship of the Revolution series from Ocean Alexander, which focuses on large internal spaces and fuel-efficient cruising.

The R stands for Revolution, which refers to the radical redesign that went into the series when it was launched at the 2018 Fort Lauderdale Boat Show. Long-time collaborator Evan K Marshall was brought in for the styling and Arrabito Naval Architects from Italy handled the engineering on the R series, which focused on improving internal volumes, efficiency and modern styling. 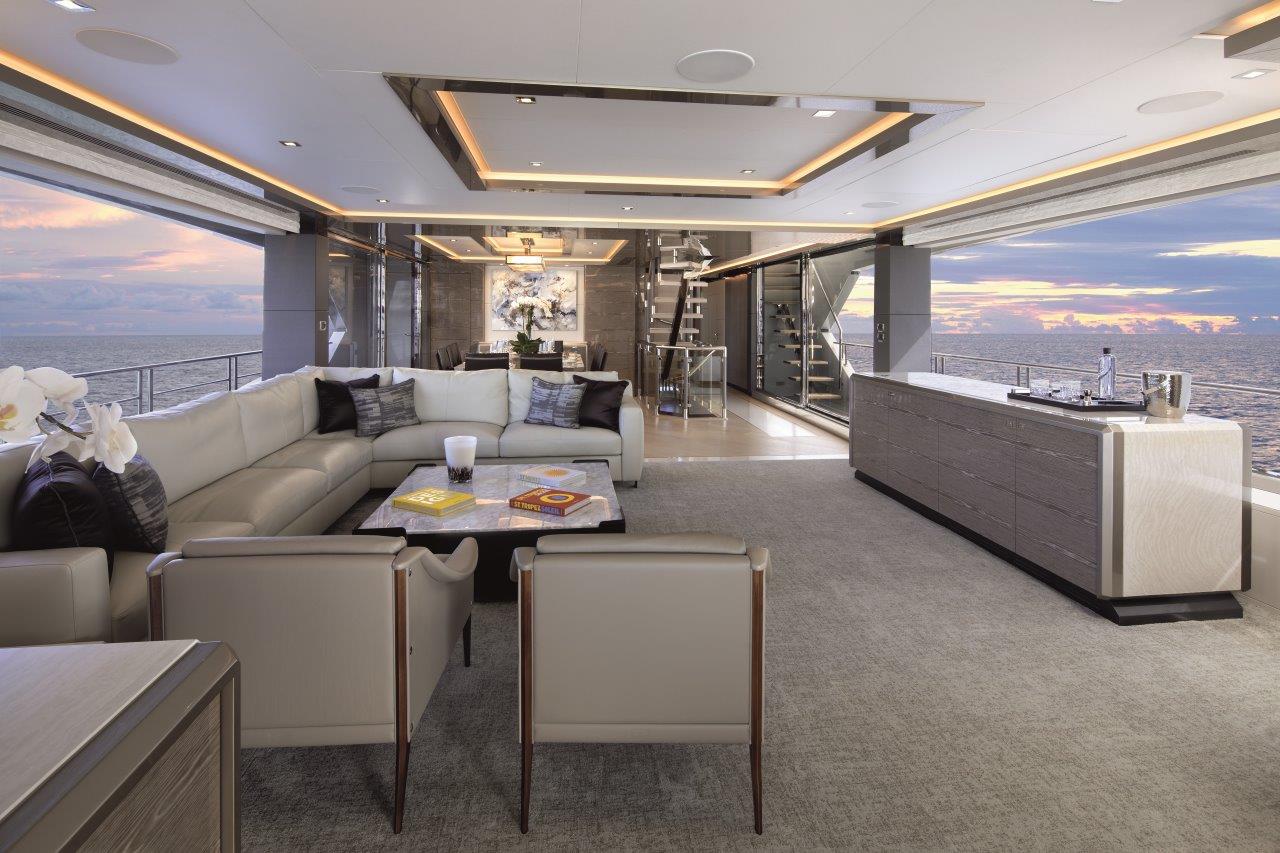 Taiwanese yacht builder Ocean Alexander, founded in the late 1970s, is not yet a particularly big name among Asia’s yacht buyers. That may change soon, as Taiwan’s yacht-building scene has changed from hundreds of small builders to a handful of names that can compete with the world’s leading brands. 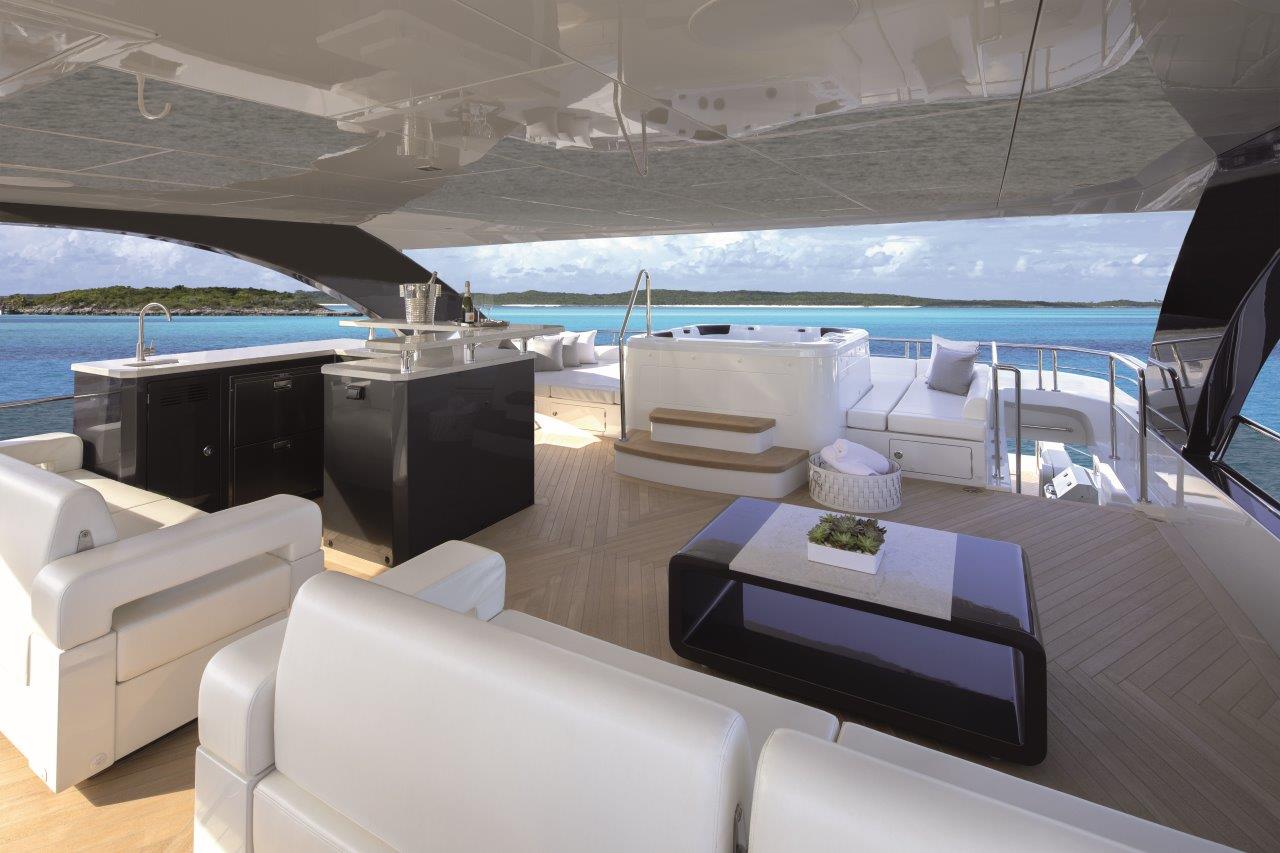 The skydeck features a large Jacuzzi

The 35R comes with a hull shape and standard engines designed for a range of cruising and speed options. The near-vertical bow has been widened out to create extra volume. A thin bulbous bow yields extra efficiency at slower speeds, but still allows for an impressive 22 knots top speed. At cruising speed of 14 knots, owners get an 800 nautical miles range, while at 10 knots, the 35R offers more than 2,000 nautical miles, according to Ocean Alexander. These range figures create extensive cruising possibilities throughout Southeast Asia and beyond.

It also means that owners can enjoy fuel-efficient local cruising, which is highly advantageous in the current climate of high fuel prices. 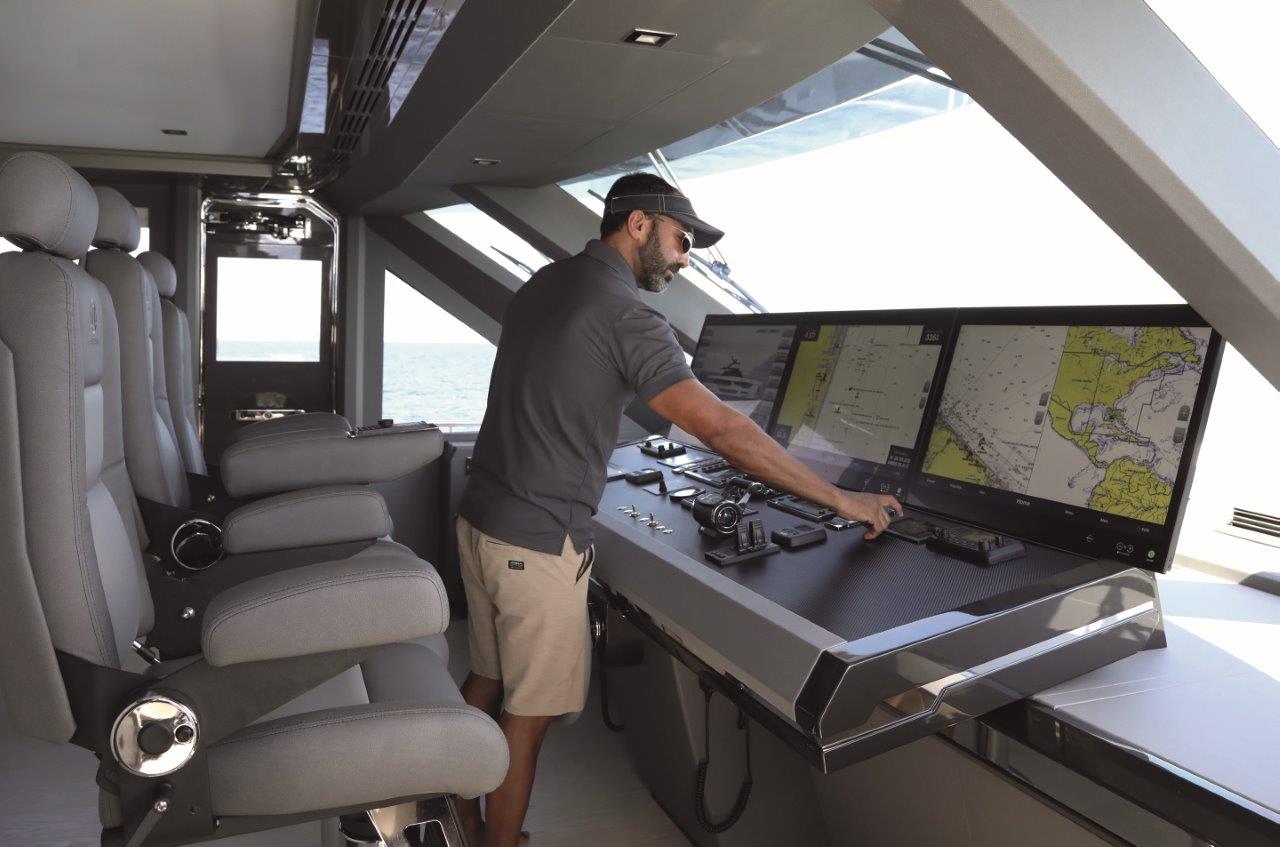 Ocean Alexander was determined to make maximum use as possible of the space on board the 35R. The main features include over two metres of headroom and floor-to-ceiling windows. The main saloon features the quality of styling you would expect from any of the world’s top shipyards.

In fact, the two-metre-plus headroom is found on all decks of the 35R, as Ocean Alexander’s principal market is the United States, where buyers expect plenty of room on board. And there are plenty of crafty touches that elevate this yacht to superyacht standard. Recessed lighting and in-ceiling design elements are everywhere.

The skydeck features a large Jacuzzi surrounded by sun pads, plus a huge lounging and wet bar area. There is only one helm station located on the bridge deck, leaving additional room on the skydeck. The helm station features twin watertight doors to the side view stations, while a captain’s chart table is located behind the main helm. 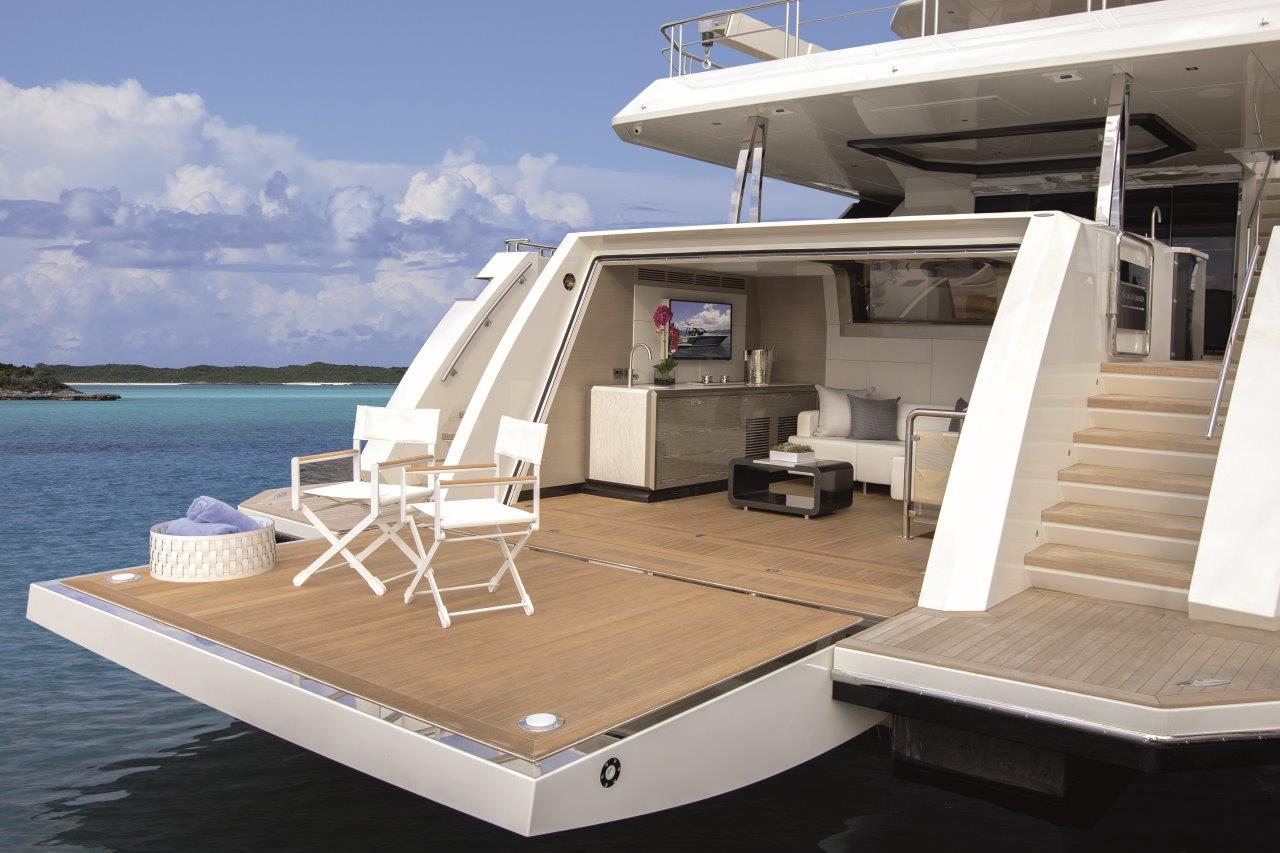 The bridge deck features a great lounging area that’s completely enclosed. Ocean Alexander yachts feature powerful air-conditioning units as standard, since many of its customers are cruising in hot and humid Florida. The aft bridge deck is enormous, with a dining space and outdoor grill and wet bar that could service an outdoor restaurant. The aft deck also features a davit for deploying the tender.

Down below, the aft cockpit features an unusual layout: a U-shaped settee that faces aft, with another giant wet bar station on the transom facing forward. The main salon is big and bright, with a dedicated dining area. A sliding door opens next to the dining area, allowing a natural breeze while at anchor.

The master cabin is located forward on the main deck. It is full beam and takes advantage of the massive bow. The forward-facing bed leaves plenty of light and space all around, while the bathroom is simply huge. His and hers toilets flank a giant bathtub and a walk-in shower. On the lower deck, there are four large ensuite cabins for up to eight guests. Each room is accessed from a central foyer at the bottom of the staircase. 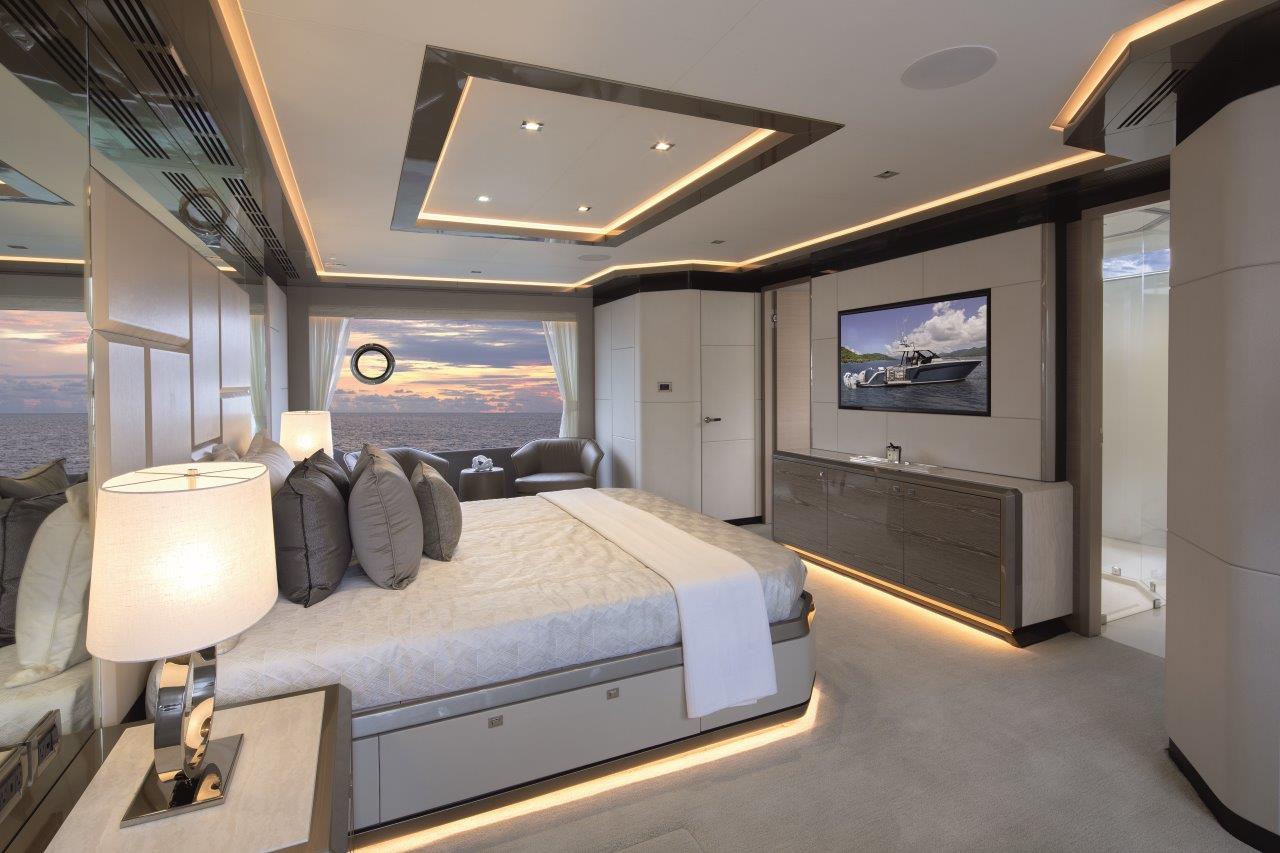 One of the key attractions of the 35R is the aft deck beach club, which features a drop-down hydraulic platform that reveals a sea-front cabana. The swim platform adjoins the cabana, with seating, wet bar service, a TV to port, and even an icemaker. Just forward of the beach cabana, there is a sauna and even a small exercise room, plus a day head. The ceiling of the cabana is a skylight that lets in more light and this truly is a place to relax for the day without feeling cramped.

Experienced buyers will note that the 35R has a high standard of dedicated crew quarters and spaces. Up to five crew, including the Captain, are provided with a decent galley and canteen, along with an extensive storage area. The crew has discrete access to the working areas of the boat through the massive galley, which also accesses the main deck walkway to port. Crew can easily move from their quarters in the lower deck forward – via a secret door from the lower deck, disguised as a decorative wall – to any of the working areas of the boat to provide quick service with minimal disruption. 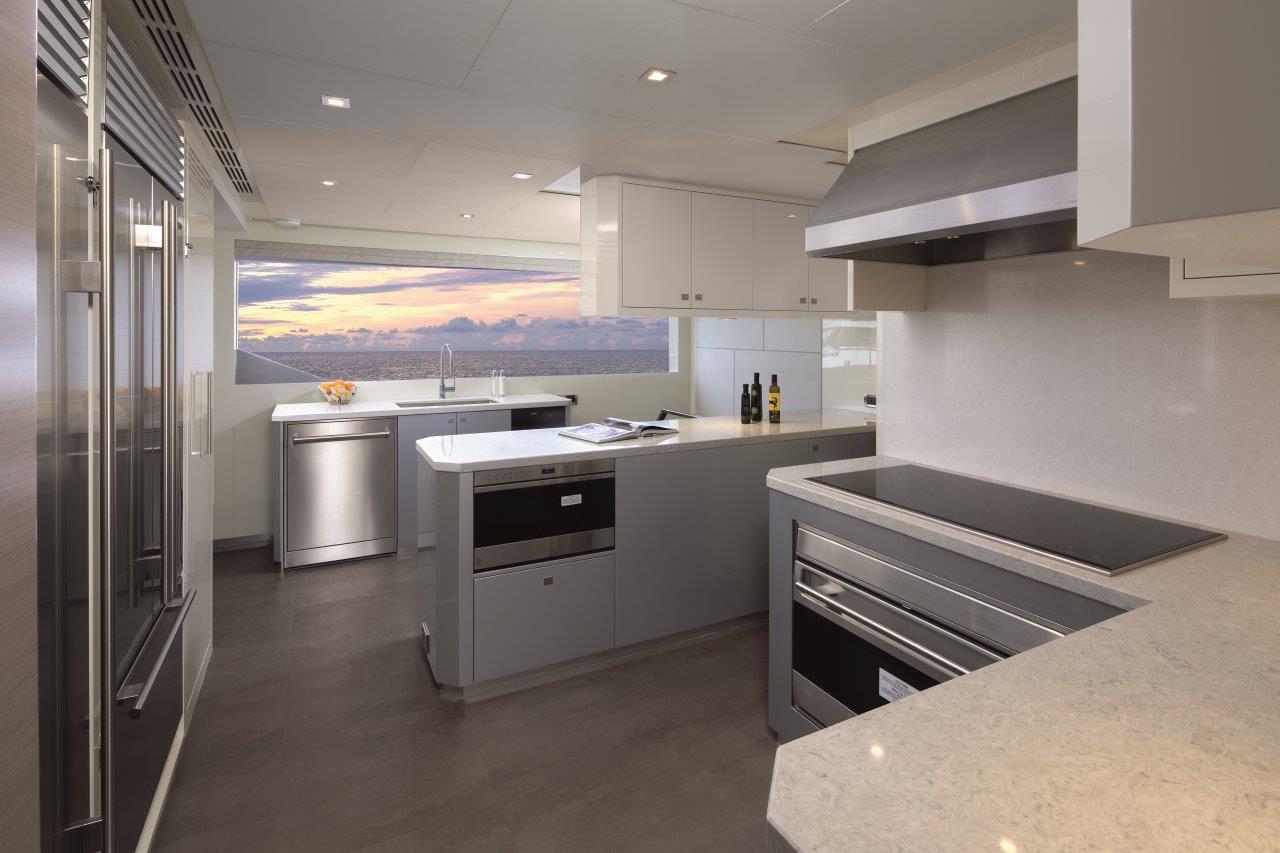 The galley is professional size to cook meals for 10

The attention to detail on crew spaces and access make the 35R a good choice for an owner who wants to put his yacht on the charter market. Given the high demand for yacht charters, particularly in Hong Kong and Singapore, this makes the 35R an interesting choice.

One of the most important aspects of being a good charter vessel is the galley. Good meals and food service equal happy guests, and the 35R delivers in spades. The galley features a huge walk-in pantry with a refrigerator and professional-grade appliances designed to make gourmet meals for up to 10 guests. There are high-specification refrigerator/freezers, a large convection oven, an induction cooktop, clever storage solutions including a wine-chiller, alongside an icemaker.

Ocean Alexander promised a revolution with its new series. With the 35R, the yard has delivered a yacht that should revolutionise how Asian buyers regard Taiwanese-built superyachts.