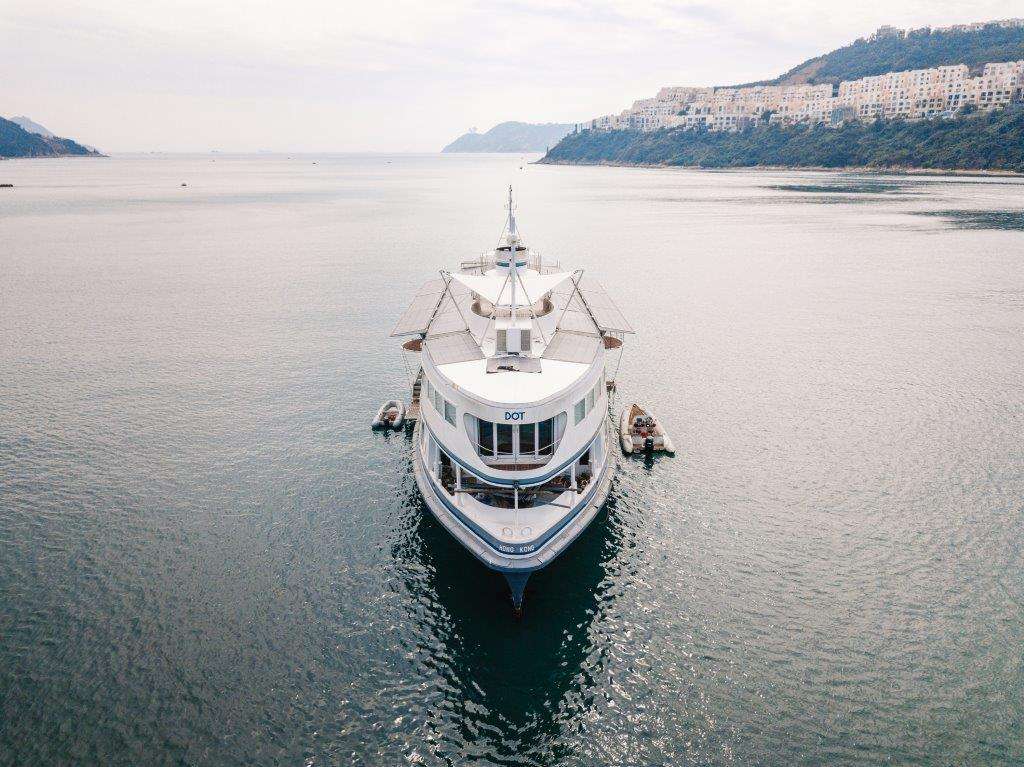 One of the most intriguing boats in Hong Kong, Dot, the converted Star Ferry formerly known as Golden Star, is available for sale for HK$21 million.

“They have a great and loyal team that have become good friends over the years,” the owner told Asia-Pacific Boating. The owner hired a full-time project manager to be based at the yard to oversee the incredible and unique conversion. The owner’s inspiration was to create a New York-style industrial loft, rather than to mimic the interior of a yacht. 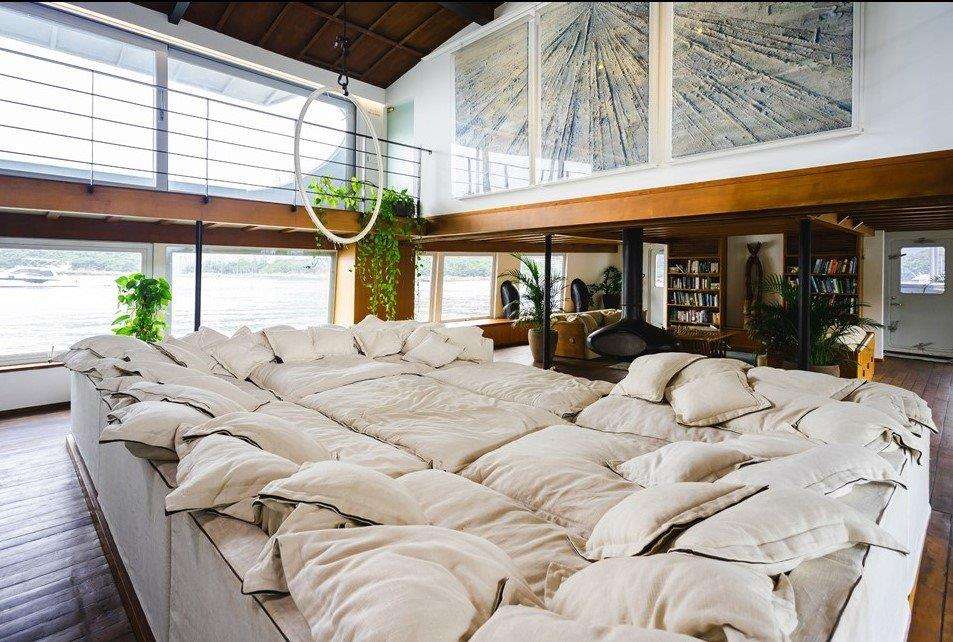 The idea with Dot was to create an industrial loft-style apartment that floats. To do this the owner approached a French interior designer that already had experience converting a Dutch barge

“For the layout, I worked with a house interior designer in France that I knew, who had renovated a huge Dutch seagoing barge for his own use,” the owner said. 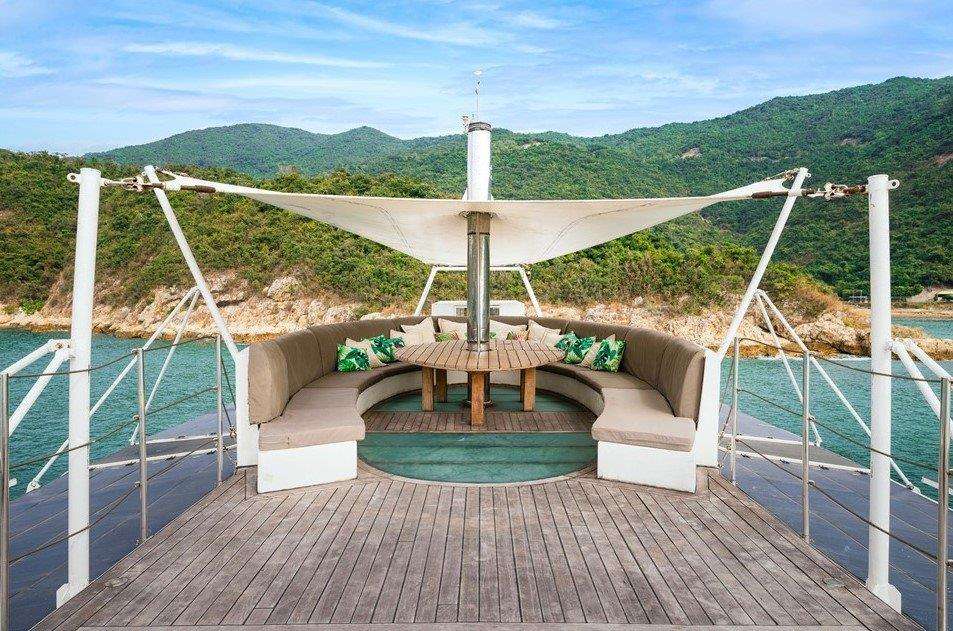 Originally a Hong Kong passenger ferry, the decommissioned Golden Star was built in 1989 and sold to private owners in 2011

All four cabins have ensuite bathrooms with full baths as well as separate showers. There is a dedicated cinema room and an office.

The top deck has a large space for al-fresco dining and sunbathing. Artists applied specially-treated iron powder to the deckhead upstairs for a rust finish. A mezzanine level was created above half the salon. 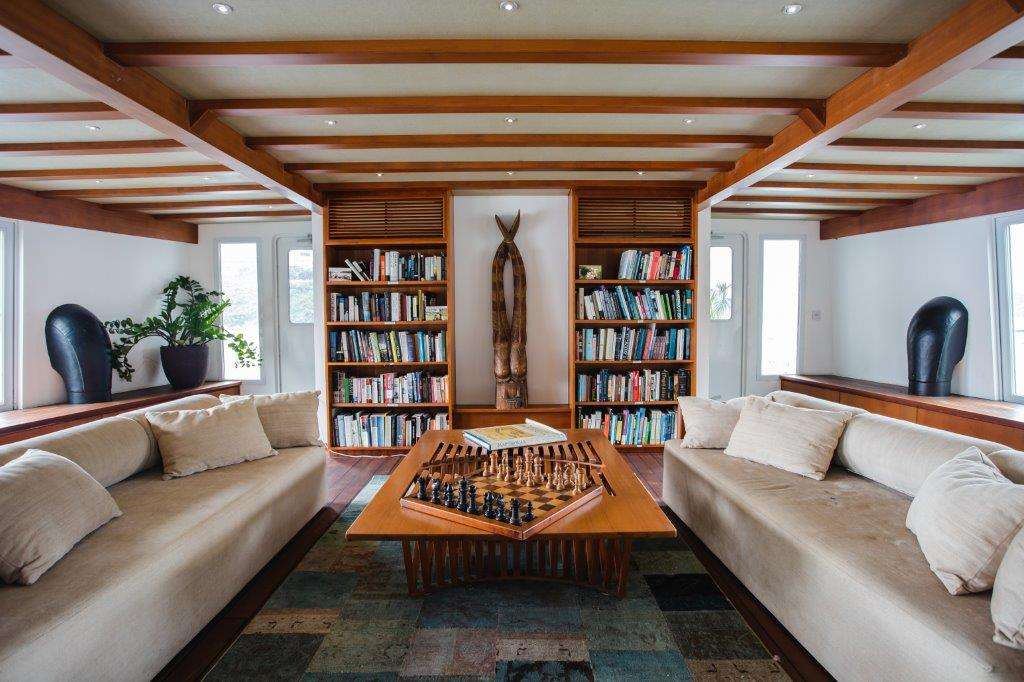 One of the great features of the old vessel – the original teak decks – were retained and lovingly restored. The owner says that the decking on most yachts is about 2cm, while on Dot, it is 5cm thick with mature timber, designed to handle heavy traffic of thousands of daily passengers.

The owner installed 30 aircon units for the summer heat, but the galley and salon have sliding doors that open up to allow sea breezes through the vessel.

The owner designed Dot to be very self-contained. The boat has 57,000-litre water storage capacity, with a roof water collection system. The owner reports that in summer downpours, Dot can collect up to 5,000 litres of water in a matter of hours. During drier weather, Dot has a filter system to convert seawater into freshwater. Dot has separate systems for cleaning and filtering seawater and rainwater. 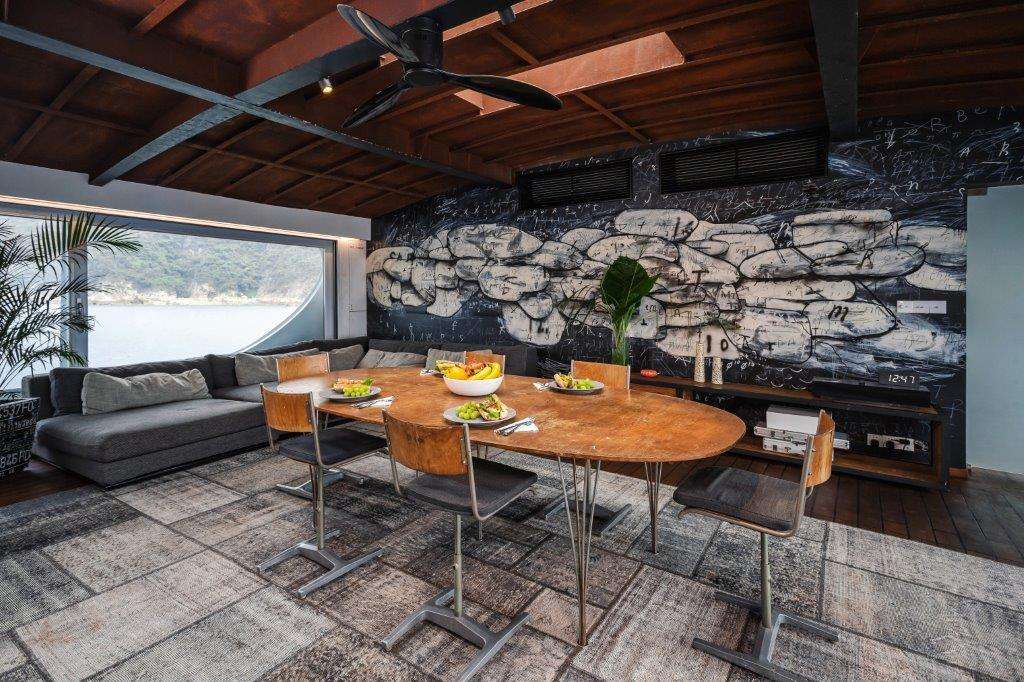 “Managing the high standards of freshwater, greywater, and sewage systems required for a yacht of this size is complex, but well understood by the shipyards,” the owner says. “These systems are fairly straightforward. However, you need different water filters and pressures for just cleaning rainwater rather than saltwater.

Converting dirty seawater to pure freshwater requires powerful, high-pressure systems.” Fold up wings were added for additional shade, while 170 square metres of flexible solar panels were installed to provide the bulk of the energy needs, according to the owner. 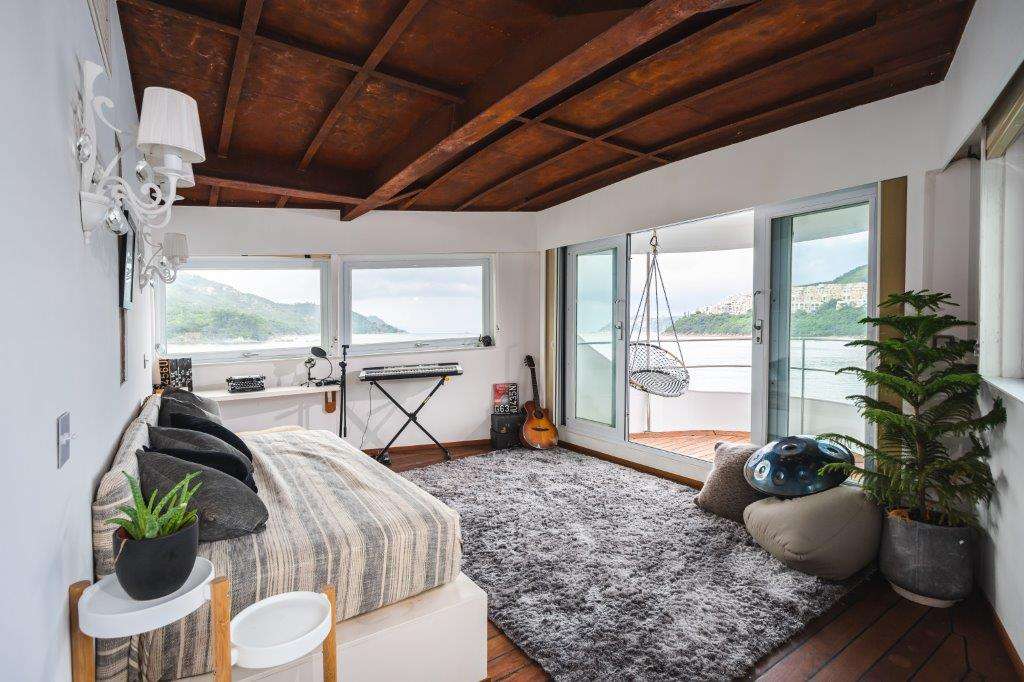 Dot has retained the integrity of its industrial styling but the owner opted for large, spacious rooms with floor-to-ceiling windows

“The transformer system linking battery function, solar and generators is very complicated, as energy is flowing and spiking in various directions depending on sun and loading. We employed a solar specialist in Hong Kong to integrate and put it in,” the owner says.

The roof was given added insulation and the windows are double glazed to help keep the interior cool and cut the energy load in summer. 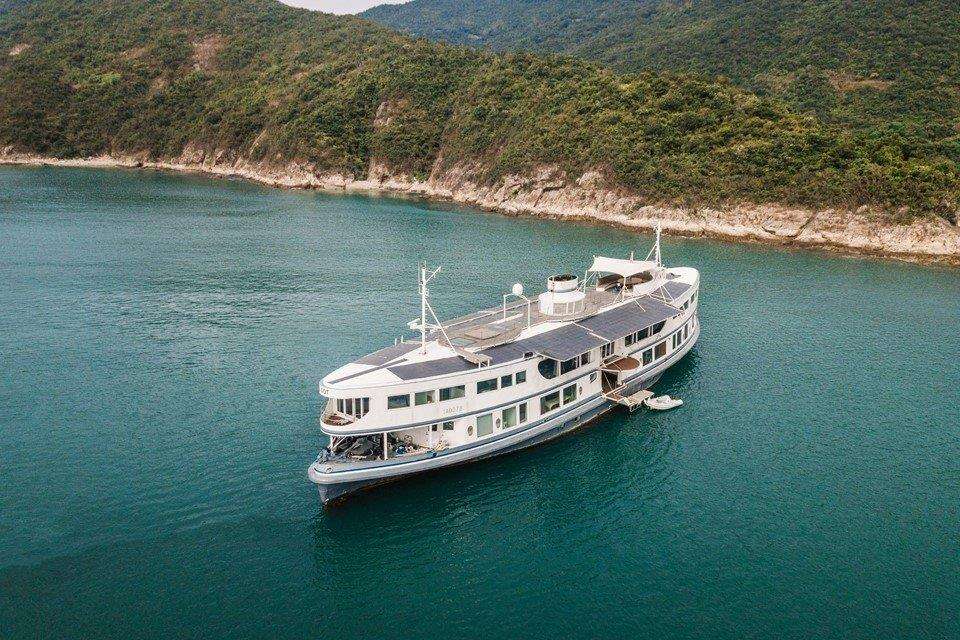 The owner retained the original 540kW MAN main engine. Two old generators were replaced with four sound-proof generators, which provides plenty of redundancy in case of repairs. The owner says the boat is normally fine running on just one generator or off its battery bank. The engine room has double-height ceilings and broad corridors for easy maintenance.

According to the owner, Dot has a major inspection for license renewal every four years, plus a smaller inspection in dry dock every two years. Leung Wan Kee has handled the work. All onboard systems have multiple backups in the event of failure or maintenance. 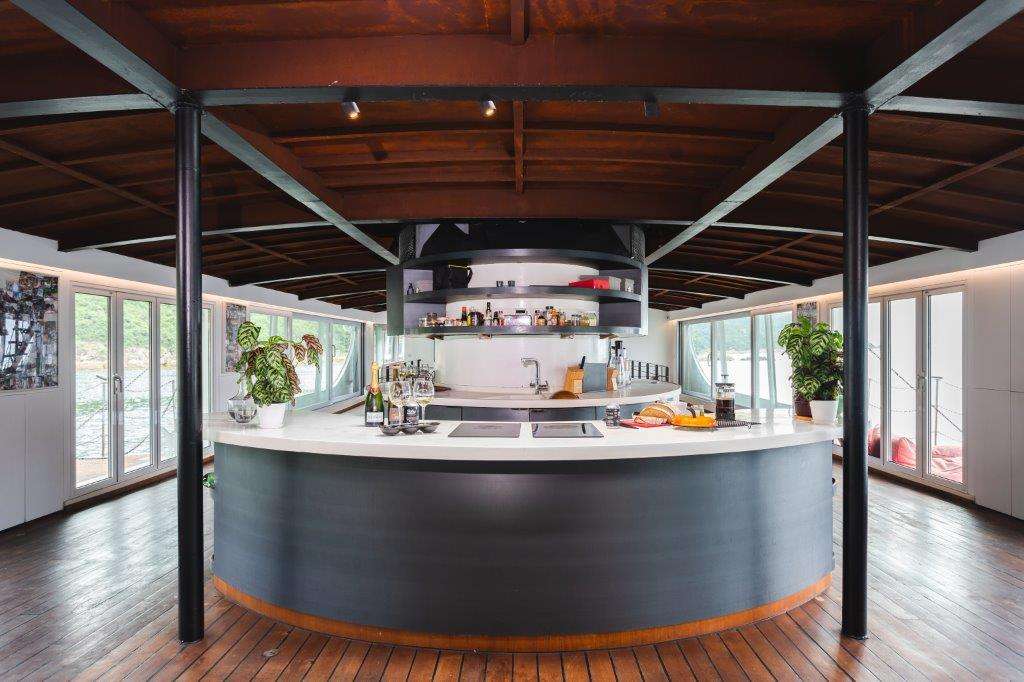 There is an engineer on the crew to fix smaller problems and the owner has access to more specialist engineers in the event of more complex problems. Dot sits on a 50-metre swing mooring in Tai Tam, which offers relatively easy access to Central while still being a quiet getaway over the weekends.

The owner says that Dot still “moves beautifully through the water”, saying that he brings an additional two crew for trips. “I always enjoy the journeys.” A favourite destination for the owner is Long Ke Wan in Sai Kung, but generally the owner and family will do day trips using a 20-foot Scorpion RIB to Po Toi and Lamma Island. 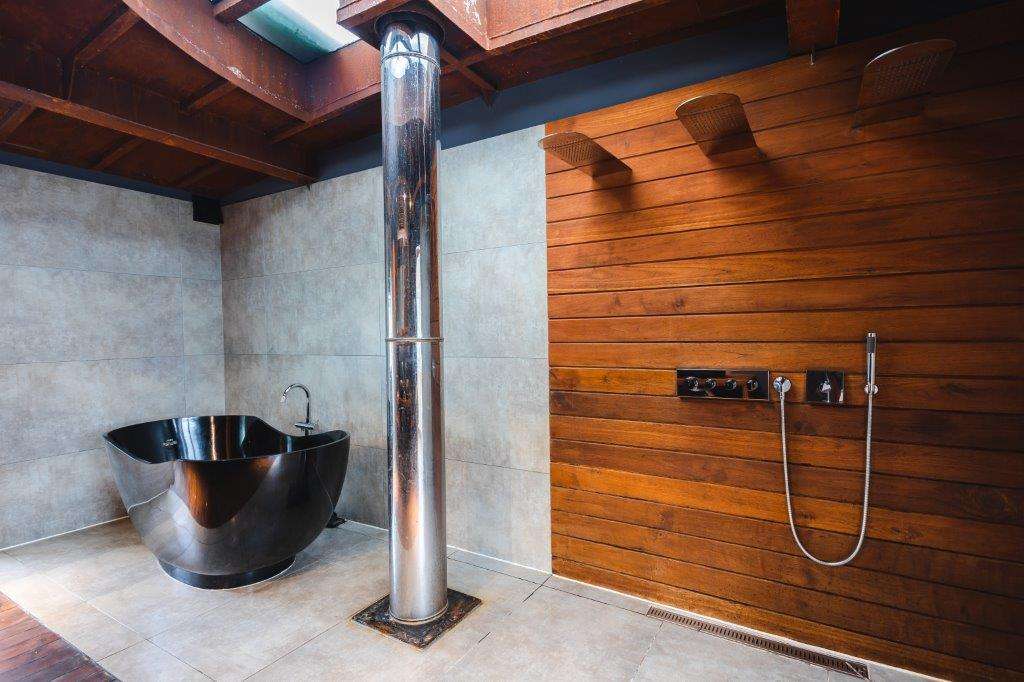 “Tai Tam is so perfect and already one of the most popular destinations for Hong Kong motorboats anyway,” the owner says. “Our mooring out by the temple means we don’t feel like we are in a marina at all.” Seanergy Limited, a member of Ocean Independence, is the central agent for the sale of Dot.