Over the past two years, Italian builder Benetti has re-entered the world of megayachts with the launch of three, 100-metre plus yachts.

The 107.6-metre Luminosity, built in steel and aluminium at 5,844 gross tonnage, is the second of these three megayachts from Benetti, and a visually arresting addition to the fleet. Built to Passenger Yacht Code, Luminosity can host up to 27 guests in 12 suites, served by a crew of 37.

But what makes this yacht special is the dedication to light, as its name suggests.

With clean lines, enormous windows and wide-open spaces offering panoramic views that cut through the interior, this yacht turns the outside world into the interior décor. The owner looked to US designer Zaniz Jakubowski to develop the interiors for the owner’s area and the guest spaces. Jakubowski worked with Benetti’s Giorgio M. Cassetta on the exterior lines in what was reportedly a long design process involving numerous partners, including Reymond Langton Design of the UK. 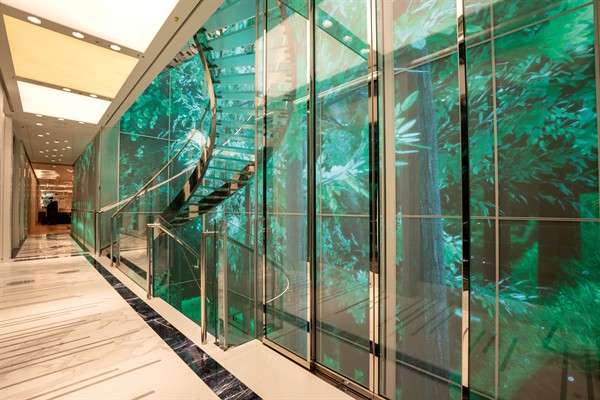 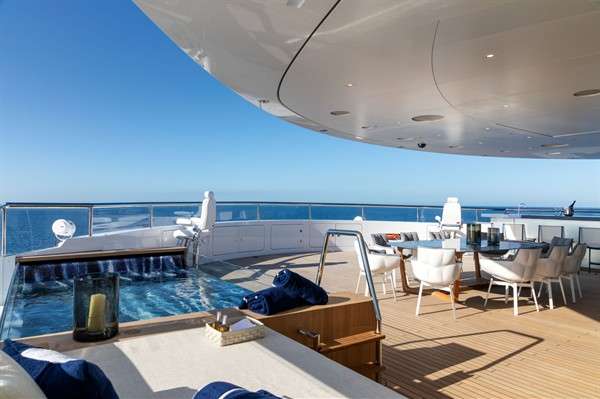 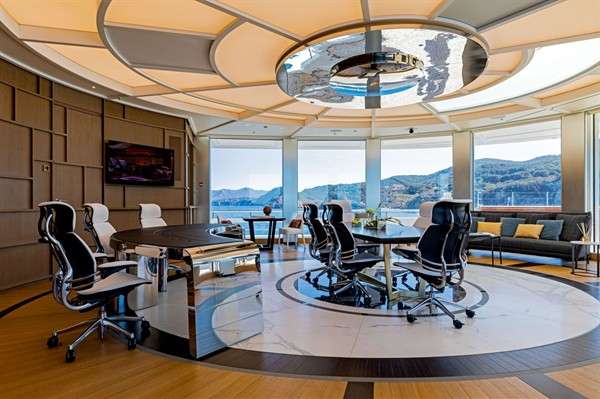 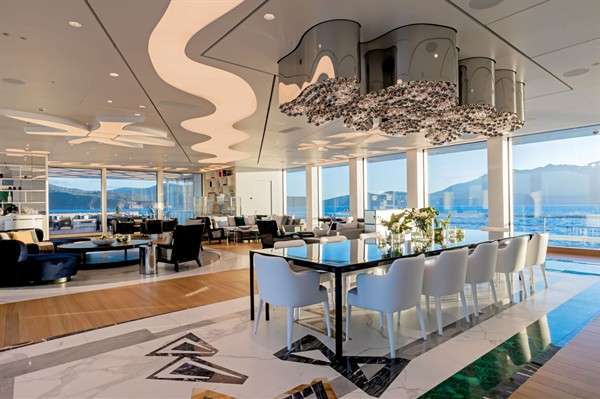 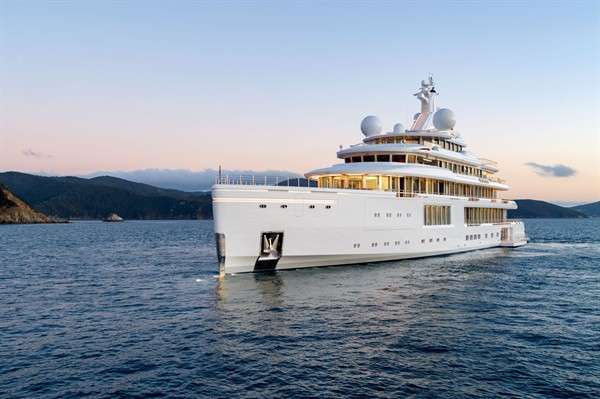 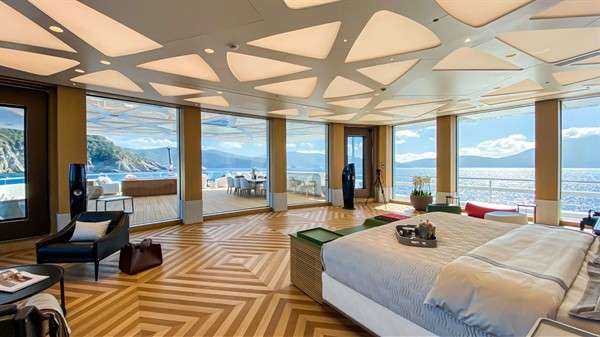 Three-metre high windows wrap around the main decks of Luminosity, uninterrupted by structural supports, giving an ethereal, “floating” appearance. Over 800 square metres of glass were used to encase the main decks, creating incredible views over ocean vistas, and lighting up the interior.

Light comes down to the lower decks from a skylight in the sun deck up top, creating a cascade of light down the 17-metre staircase passing through five of the six decks. The staircase itself is built in steel and glass, adding to the sense of brilliance.

The natural light coming in from the windows and skylight is reflected on a variety of polished surfaces throughout the interior. The designers added several features that play on light and movement. A 370-square metre display panel stretches the height of the main lobby stairwell, depicting a moving forest. In the main lounge area, 264 white magnolia flowers sculpted in Corian resin are on the aft wall, opening and closing as a person walks past.

The owner’s deck, below the bridge deck, is wrapped in three-metre high windows. The owner’s master cabin features a bed that electrically rises 80 centimetres to give better views while lounging in bed. Behind the headboard is a “virtual” window – an electronic display showing the full view from the bow of the yacht through a hidden camera. This deck hosts three more guest staterooms and a private study for the owner with ensuite and a separate office for a PA.

On the bridge deck, a VIP stateroom and lounge leads to an aft deck connected by nine-metre-wide sliding windows. This cabin has its own chic identity thanks to a three-metre wide white onyx moon. The main deck Main Deck has three staterooms, each one featuring unique design and materials, such as gold leaf paired with brushed cement, or onyx and ceramics.

On the lower deck, there are four additional staterooms and the yacht’s spa and health club, complete with sauna and Turkish bath. With the shell doors open, the spa sits right on the water, open to the breeze. A 30-square metre pool on this deck can be transformed into a dancefloor when the pool bottom is raised to the floor level.

Should they wish to catch up on Twitter feeds, guests will never feel disconnected from the modern world, thanks to two, 3.5-metre satellite dishes receiving signals from anywhere on Earth. Superfast fibre optic and Cat 8 cables connect 74 TVs and four cinema projectors to two racks of on-board computer servers for films and music. Luminosity even features 10 “intelligent” mirrors with touch screens and internet connections, plus 5G capacity.

Toys and tenders were a major preoccupation for this owner. Above the wheelhouse is a secluded private deck that opens on to the helipad, certified to handle a Bell 429 helicopter. Luminosity can also stow two cars onboard, including a Rolls Royce Phantom, plus two motor bikes and a 24-foot sailboat.

On the main deck near the bow, a tender bay accommodates custom-built tenders and toys, including a 40-foot limousine tender, a 40-foot landing craft, and an additional 40-foot luxury tender.

But while Luminosity may offer plenty of comfort, toys and stunning views, a third story involves the technology. Luminosity carries with it 36 tonnes of batteries, enough to run the vessel for 12 hours without generator power, which lets owner and guests enjoy remote anchorages or even short trips, in total silence.

The generator/propulsion package features six 1,000kW generators, managed by an integrated system incorporating two Azipod electric motors of 2,200kW each. The yacht is equipped with a waste heat recovery system that saves electrical power, and spare electricity generated is used to power the batteries.

Luminosity is still located in the Mediterranean, but with her range of over 8,000 nautical miles, it’s likely that the owner will want to take in the views of the whole world from that elevated bed.

The innovative ‘as-live’ online event was hosted by Asia Yachting