The 80 Sunreef Power made a huge splash in 2020, with the launch of Great White, a personalised version of the popular motoryacht for tennis legend Rafael Nadal. A new, eco-friendly version is now available that offers a complete package of energy efficient options 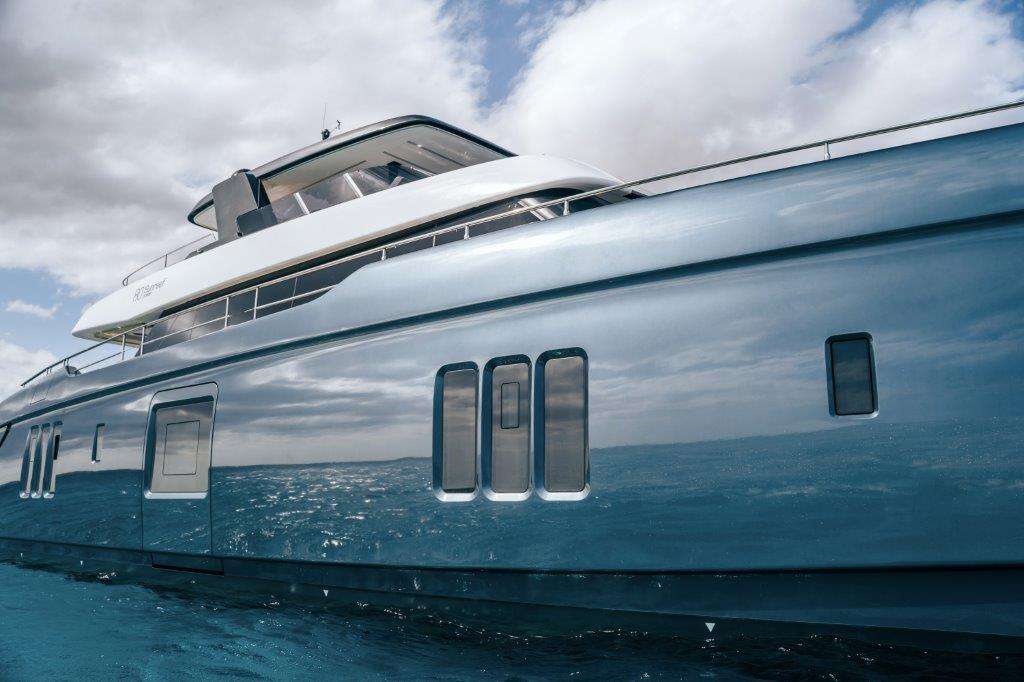 Today, Sunreef Yachts has become the vanguard of the Polish yacht building industry, opening a pathway to high-quality work amid the Gdansk shipyard, a state-run giant that was once responsible for building commercial and military ships for the Soviet bloc during the Cold War.

Sunreef was once associated almost exclusively with sailing catamarans, though with the growth of powercats, the yard and brand has turned out a highly successful model in the Sunreef Powercat 80. 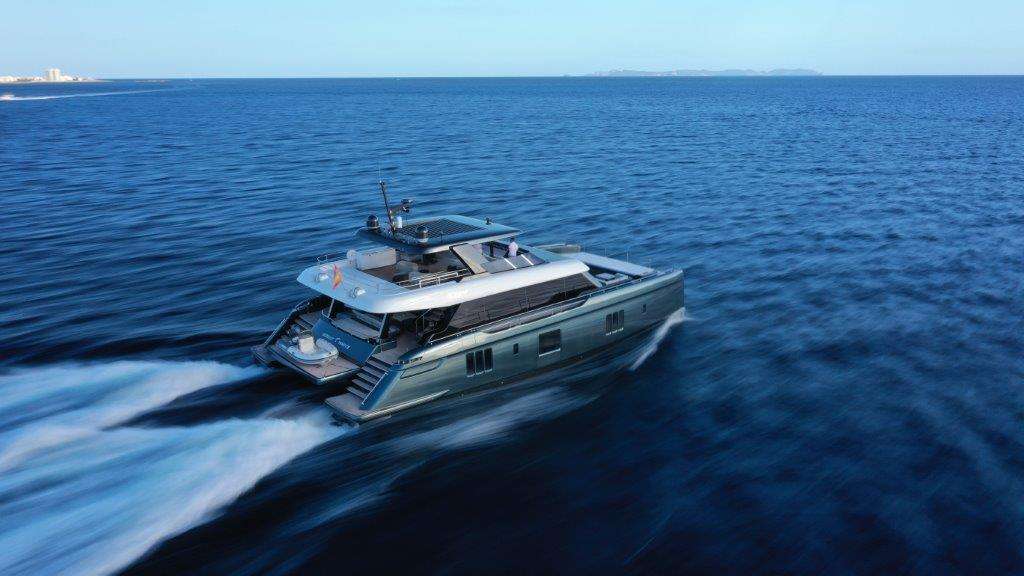 Sunreef established a name for itself, not just in its sailing catamarans, but also in the yard’s willingness to experiment. In 2008, Sunreef built a 70-foot power catamaran for French sailor Laurent Bourgnon that featured an exceptionally long range of over 10,000 nautical miles at 10 knots, with a top speed of over 20 knots. Sunreef later turned out an all-carbon fibre catamaran that was among the first such builds for a non-racing, cruising segment.

Today, Sunreef is associated more with power catamarans, as motoryacht enthusiasts finally catch on to the benefits of a power multihull.

Sunreef has caught this wave with its highly popular 80 Sunreef Power. Eight of these 24-metre yachts were launched in 2020 alone. The most famous launch in the series so far is Great White, which was built for tennis superstar Rafael Nadal.

Nadal has said that what attracted him to a power catamaran was the space onboard, in particular the discrete spaces onboard the large areas offered by a 24-metre power catamaran 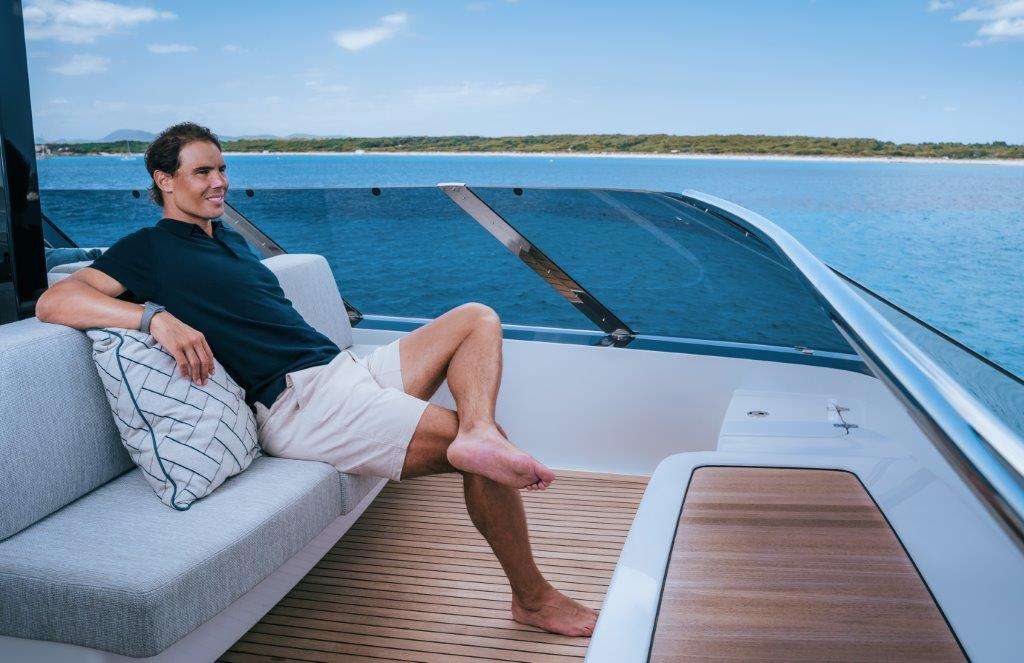 Nadal, who grew up on Spain’s Balearic Islands, has been familiar with yachting and being on boats since childhood. In interviews, Nadal has said that what attracted him to a power catamaran was the space onboard, in particular, the discrete spaces onboard the large areas offered by a 24-metre power catamaran. Guests or owner can mingle or enjoy some peace and quiet while others socialise.

On Great White, there are accommodations for up to eight guests in a four-cabin layout. The starboard hull houses the owner’s suite, a guest cabin and crew quarters. 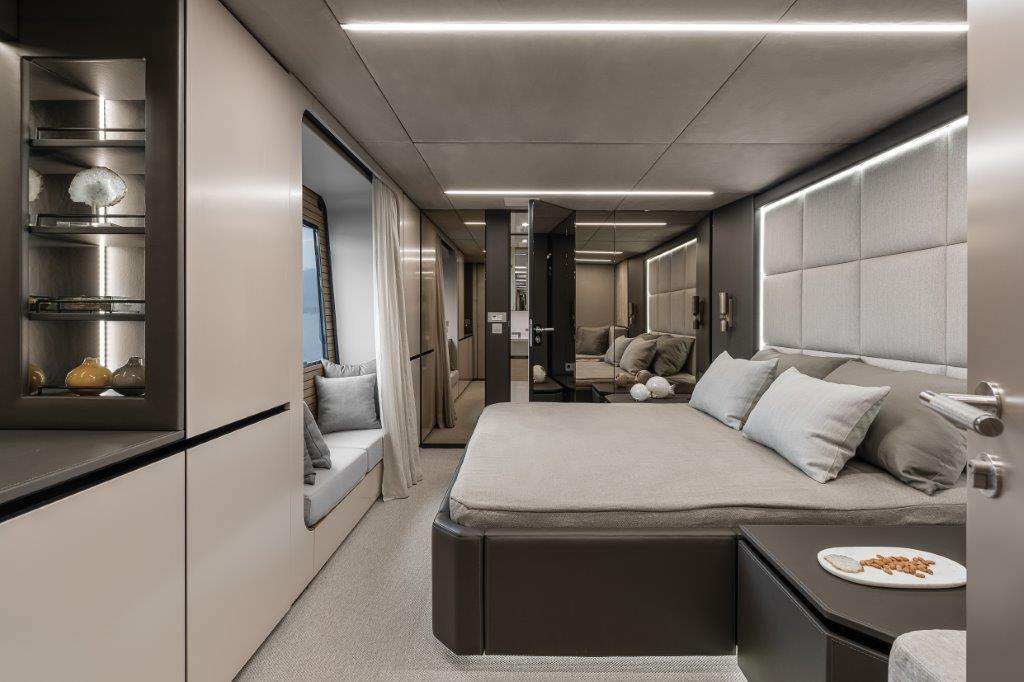 The master stateroom features a walk-in dressing, a sofa, a flip-down ceiling TV above the double bed and a private fold-out balcony. The port hull accommodates two more roomy guest cabins as well as the catamaran’s galley. Other versions of the Power 80 have the master cabin sitting on the main deck forward, overlooking the surrounding sea in truly glamorous fashion.

Great White’s saloon offers two oversized lounging sofas by the aft cockpit, a dining space for eight at the bow and two large TVs installed back-to-back. An additional lounging spot was set up next to the bow terrace entrance.

The catamaran’s full-beam stern cockpit provides for an outstanding alfresco dining space protected from the elements and fitted with a weatherproof TV – no doubt so Nadal can observe his competition in action. 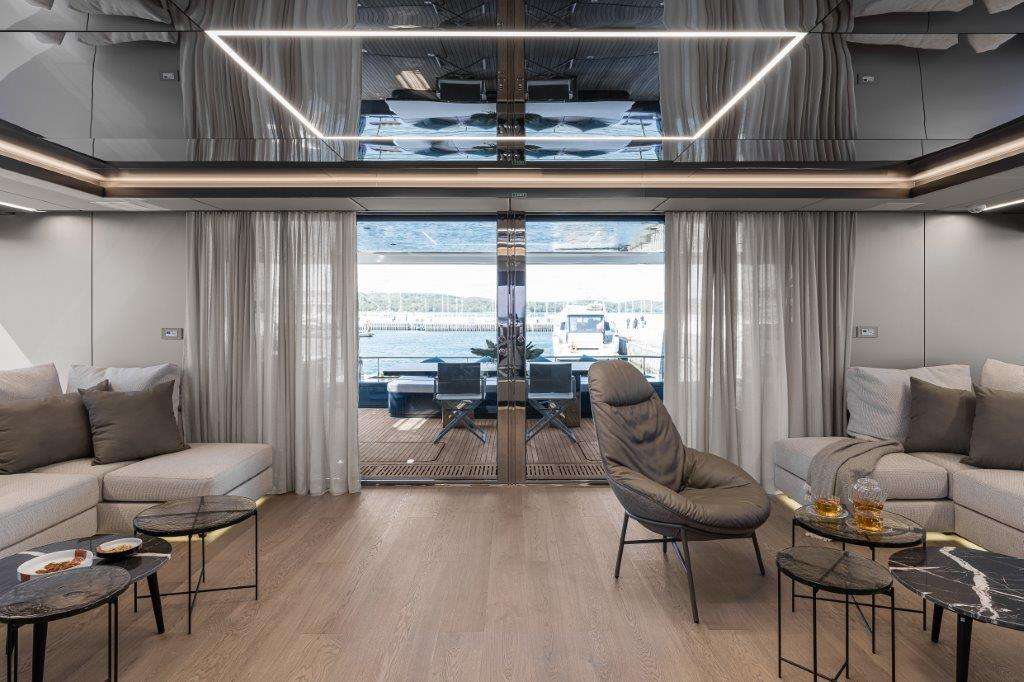 Great White’s aft garage conceals a large jet-ski and a selection of water toys along with a refuelling station. The launch bay uses bomber-style doors to open up from the middle of the two hulls. A wide hydraulic swim platform has been installed to carry the yacht’s tender and offer an extra sunbathing spot beside the water.

The flybridge provides guests with an exterior lounge arranged in cosy seating areas, a bar, big sunpads and a pop-up TV. A jacuzzi can be added to the flybridge, to create the ultimate relaxation zone.

The forward area of the 80 Power is given over to a giant lounge area, with a hatch that opens up on to a sunken lounge and sunpads forward, straddling the twin bows. A walkaround platform is generously wide, making full use of the beam offered by a catamaran. 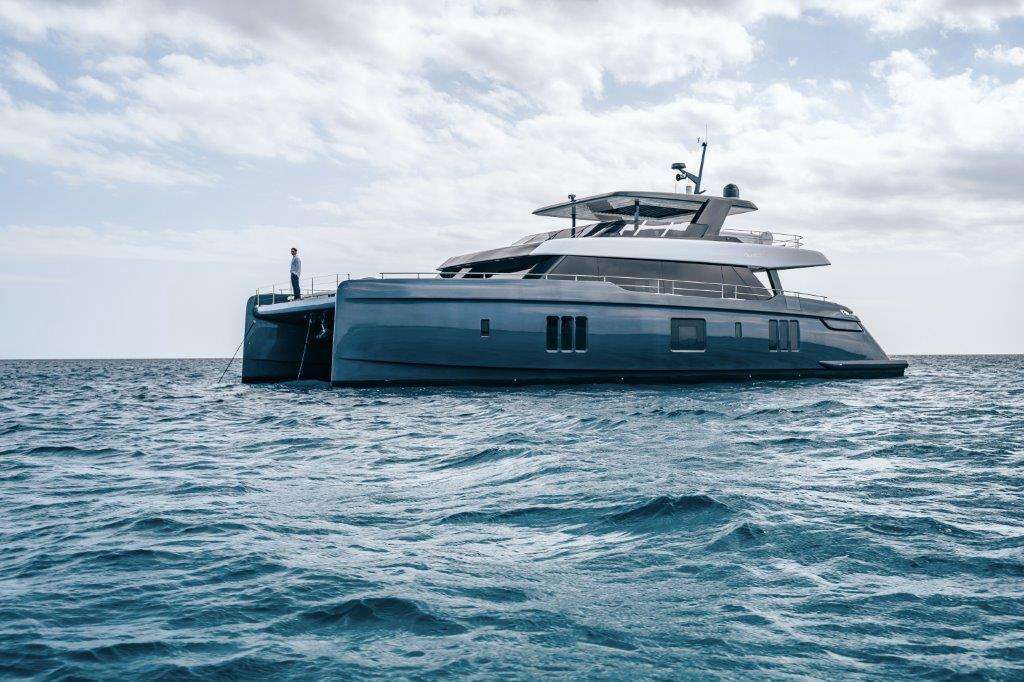 Great White got plenty of attention in 2020 just after its launch. But the story does not stop there. Sunreef now offers the 80 Power in an Eco-version, which adds many more green credentials to the boat.

A fully electric version of the 80 is available, while a hybrid version combines electric motoring operation with traditional combustion engine operation. Interestingly, Sunreef says it can even fit the 80 Power with a kite sail for wind assist. Kite sails were proposed for commercial vessels and yachts over ten years ago, but received little attention. 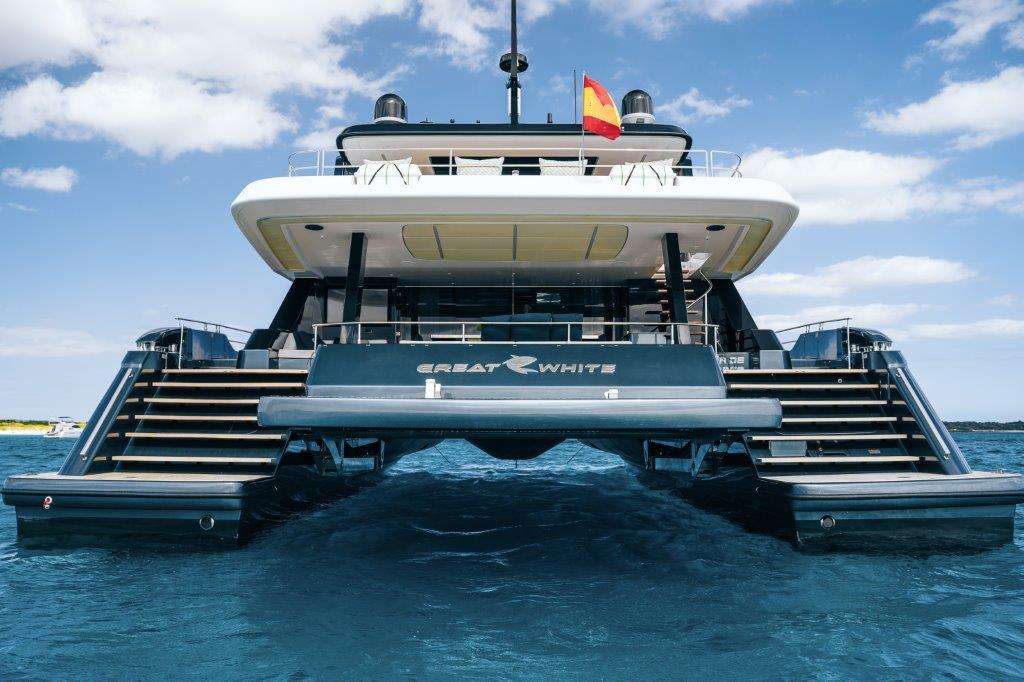 Today, with the support of better software controls and the participation of companies like Airbus, the kite sail is re-emerging as a way to generate power from the wind. Unlike traditional sails, a kite sail would, in theory, be completely controlled by computer, eliminating the need for crew to handle sails. In the right conditions, a kite sail, which is deployed over 100 metres above sea level and moves in figures of eight, generates more power than a traditional sail plan.

Sunreef even offers a flax-seed-based resin rather than a petroleum-based resin in its fibreglass construction.

With a wide array of layouts available and the option to incorporate the latest in green technology, the 80 Sunreef Power has emerged as a standout option for buyers wanting clean tech yachting that doesn’t scrimp on luxury.

A new hull in the series is listed with Denison Yacht Brokers for sale, delivery in spring 2021, for US$8 million.