During an exciting test sail, Jason Ker's latest China-built carbon rocketship, The Ker 46, verifies that it is lean and mean

A DEVELOPMENT OF the first 2009 Ker 46 Tonnerre that has proven to be a winner in Europe and America, Jason Ker’s latest boat was delivered by McConaghy’s China to Australian owner Tony Kirby in November. Maintaining the family heritage with the Patrice name, the retro-painted hull #2 has brought Kirby early success with a win in Sydney’s Short Ocean Point Score and a tantalising Rolex Sydney Hobart Yacht Race where they led on handicap until cracking two bow ring-frames – which McConaghy repaired in time for the Festival of Sails Melbourne.

This is where I caught up with them for a crew training day and some time on the water with Kirby, who told me about his buying decision. “I chose the 46-foot as it’s a manageable size – not much bigger than my previous X-41 – and the campaign costs are also more manageable than say a TP52, which keeps my accountant happy,” laughs Kirby as we walk down the Williamstown quay. Later that week, Kirby’s team again makes the podium with a second place in the strongly contested IRC1 Division. 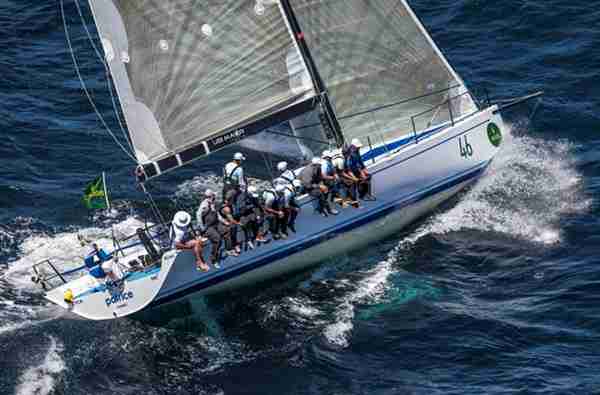 Hull shape is rounded with generous flat sections aft for planing quickly with flared topsides that gives plenty of beam (and stability), but the full bows are the most noticeable feature on the Ker 46 – designed to create buoyancy going downwind while also creating lift when beating. “We found the motion strange at first as she sort of bounces through the waves on a beat, which keeps our momentum,” explains Kirby.

The other interesting feature is the relative lack of longitudinals inside the 6.25 ton hull – which is lighter than the original Tonnere – especially compared with the GRP Ker 40 that I sailed. Rods running from the cabin sole to the roof support key points – such as the jib track – and the starboard ones have carbon rollers for speedy headsail handling. Carbon’s inherent rigidity allows this minimum structure, of course, but it caused angst pre-Hobart for Kirby who fell foul of conflicting requirements stipulated by Germanischer Lloyd and the ISO standard the boat had been built to, which meant that it didn’t comply to ISAF requirements. 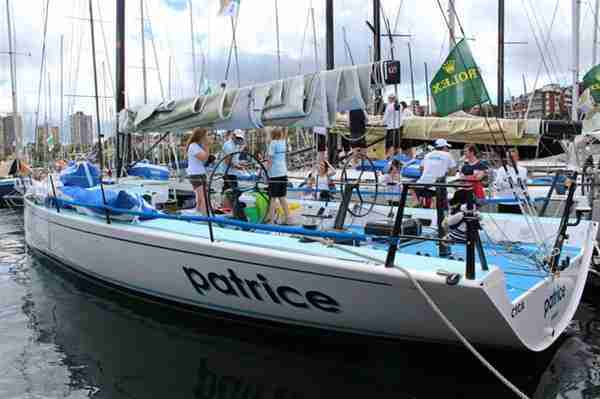 To read all of this article pick up a copy of the 2014 Jul/Aug issue of Asia-Pacific Boating magazine, or buy it online from www.magzter.com