Sleek, shiny and straight off a printer: Mambo is world's first 3D-printed yacht

Want a yacht that’s as stylish as it is outlandish? Forget moulds and advanced mathematics, now it’s just a matter of plugging algorithms into a computer and running it off a 3D printer 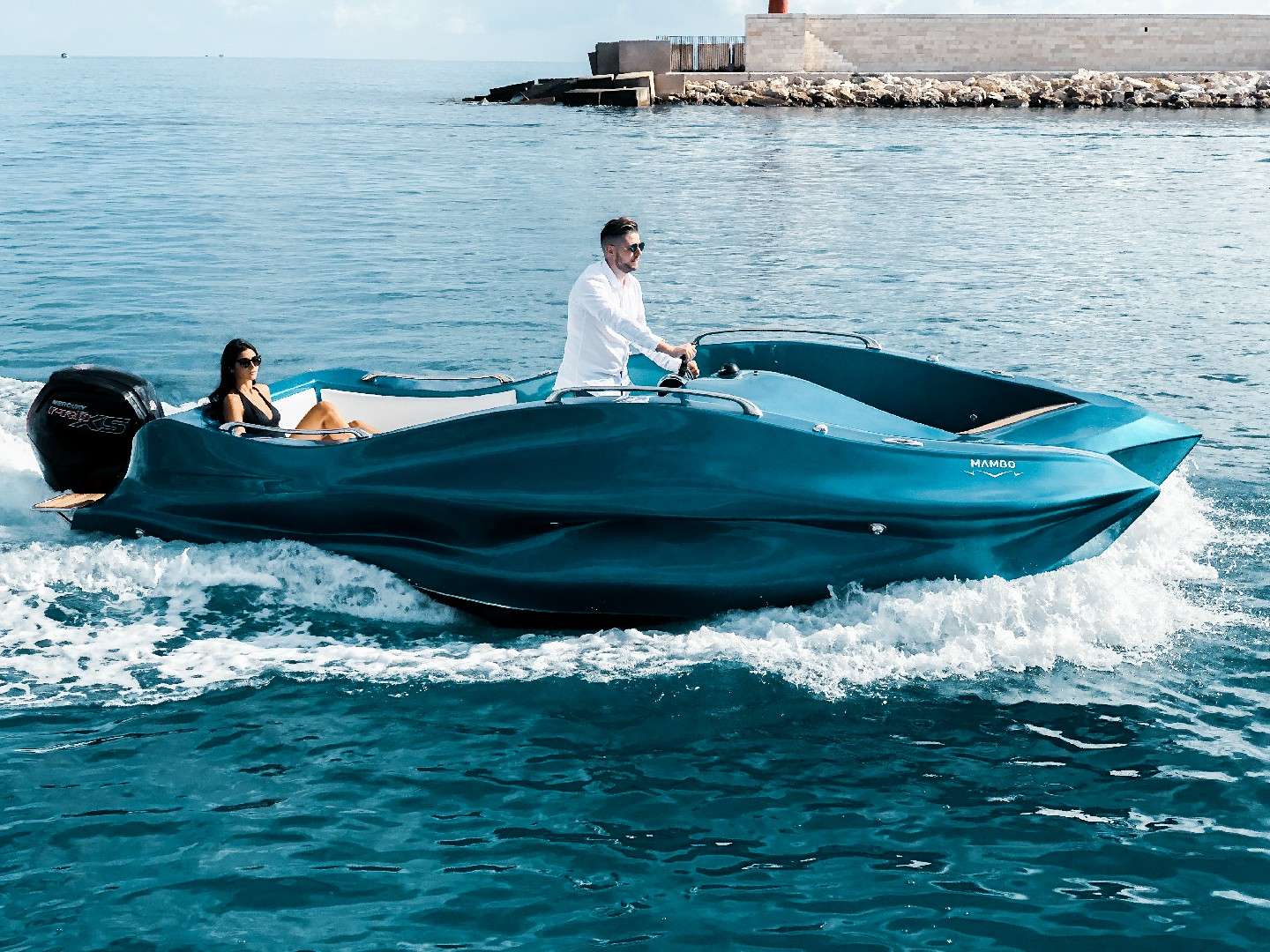 One of the big attention-getters at the 2020 Genoa Boat Show was the introduction of the world’s first 3D-printed yacht, Mambo (Motor Additive Manufacturing Boat).

Sleek, blue and very eye-catching – Mambo is a project by Italian tech startup Moi Composites. Asia-Pacific Boating spoke exclusively with the company’s co-founder Gabriele Natale, who said it was his passion for boating and sea life that led him to create a stylish, even outlandish, yacht.

“We wanted to create a real yacht, but we also wanted an unusual shape,” Natale says. “It’s to show that if you can imagine it, we can print it. Why would you copy a standard looking boat?”

“Why would you copy a standard looking boat?” – Gabriele Natale, Moi Composites

Moi Composites had been making parts of the oil and gas industry and the health care industry before tackling a yacht. The journey started with a visit to the Genoa Boat Show years ago, where Natale and his team noted the reams of production fibreglass on display and wondered what 3D printing could bring to the yacht industry.

Moi partnered with Catmarine shipyard in Italy, along with Mercury Marine on the engines and MICAD for design to create the Mambo.

He does think that 3D printing has potential for things like superyacht tenders, where design originality may be demanded by an owner but the realities of production and costs associated with one-off production make such projects impossible.

“If you need to create a small group of custom boats, then it (3D printing) could be the future,” said Natale. Most yachts are built with the hull and deck made separately, then joined and laminated together. The Mambo was built in small sections that were laminated together. This was due to the smaller 3D printers used by Moi Composites.

“The idea was not to create a production boat but build something based on an owner’s dream,” said Natale. While most 3D printing machines use facsimile materials to create their products, Natale says his company has developed a way to create real fibreglass products using 3D printing methods by combining fibre and resin with two machines, coordinated by algorithms.

A separate robot cures the fibreglass in 20 milliseconds, eliminating the need for an autoclave, according to Moi Composites. Micad of Italy did the engineering and design, while Cat Marine, an Italian shipyard, assembled the printed pieces. Mercury Marine supplied the engines. Natale says all these players were partners in production and donated their services.

Mambo can manage 26 knots and, with newly designed propellors, Natale estimates she will achieve 30 knots. Though buyers are reportedly interested in Mambo, Natale says that certification still needs to be worked out with RINA, which is struggling with how to certify a 3D-printed boat.

And while Moi Composites says Mambo is the world’s first 3D-printed boat, in October last year, the University of Maine announced the creation of their own 25-foot, 3D-printed boat. It was made with printing machines larger than Moi Composites’, Natale admits. Still, Moi plans to build another 3D-printed boat that will be more focused on performance achieved through lightweight production. And Natale said that Moi Composites is looking for new investors and partners.

During the 2020 Genoa Boat Show, Carla Demaria, board member of Sanlorenzo and CEO of Bluegame, and a very important figure in Italian yacht building, was presented by Moi Composites as the “Madrina” of the Mambo. “She is the one who believed in the project – got involved, saw the robots at Genoa, and is really supportive.” With backing like that, it’s likely Moi Composites will have more custom yachts on display soon.

Gulf Craft to double production capacity in Maldives by mid-2023

Gulf Craft to double production capacity in Maldives by mid-2023