As Asia’s leading yacht sales and service company, Simpson Marine had a strong presence at the recent Singapore Yacht Show and concluded the Show on a high, with an impressive fleet on display and huge levels of interest from large numbers of guests.

Held at ONE°15 Marina Sentosa Cove, the four-day yacht show is Asia’s largest yachting event, which included Simpson Marine’s record-breaking fleet of 16 stunning yachts. Simpson Marine is proud to have made four immediate sales at the show, selling a Lagoon 50, Lagoon 46, Aquila 36 and brokerage yacht Azimut 80. 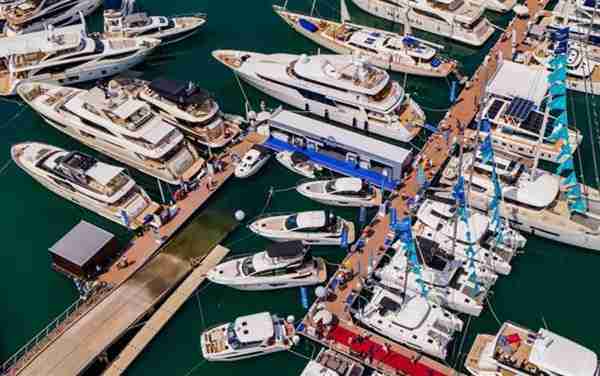 The Simpson Marine show fleet included a number of highly anticipated models, many of which were making their debuts in Asia. Two Asian premieres were made by the Sanlorenzo SD126 and SL86 models, with three Singapore Premieres also at the show, namely the Lagoon 40, Lagoon SEVENTY 7 and Aquila 36.

The Sanlorenzo yachts were beautifully presented, with Frette bed linen and fully dressed by Baccarat to further enhance the high sophistication of these immaculate yachts. The Sanlorenzo SL86 will now stay in Singapore for a series of sea trials before she embarks on her Southeast Asia tour to our other regions – Indonesia, Malaysia and Thailand. 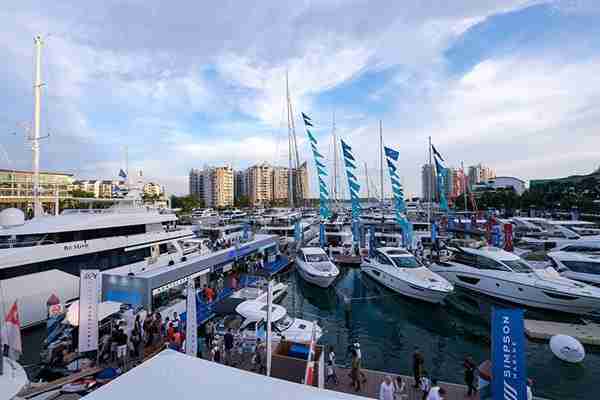 A busy social calendar complemented Simpson Marine’s yacht line up, including a special on-board art exhibition which displayed several of the genius works from the Amanda Wei Gallery. An intimate Sanlorenzo Art Soiree cocktail night was held at the show with Sanlorenzo’s Bespoke Car Partner, Rolls-Royce. Taittinger champagne and Dalmore whisky were served for guests to enjoy on throughout the night while appreciating Sanlorenzo’s bespoke craftsmanship.

On day two of the show a Monte Carlo Yachts Venetian themed party was thrown on board the MCY86 in celebration of the brand’s representation of timeless luxury and stylish original designs by Nuvolari Lenard. Many MCY aficionados expressed interest in the upcoming new MCY models – the MCY66 and MCY70 – at the show. 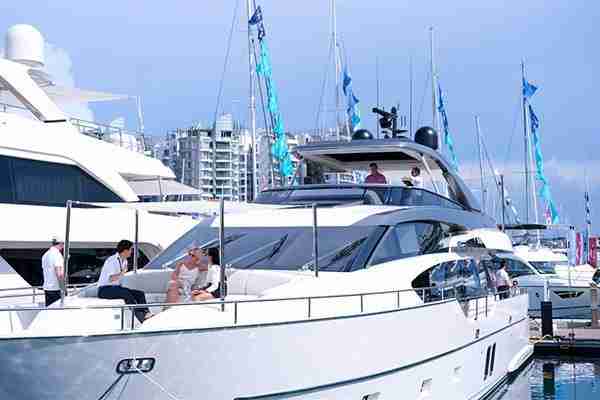 As Simpson Marine’s latest addition to the show, and the biggest catamaran on display, the Lagoon SEVENTY 7 received high interest from visitors. The impressive interior spaces onboard, together with elegant modern finishes, meant she was undoubtedly one of the most popular sailing yachts at the show. The Lagoon brand proved a popular one with two Lagoon sales for Simpson Marine over two consecutive nights. The Lagoon 50 was sold and will soon be cruising around Malaysia water, while a new Lagoon 46, available later this year, was also sold at the show.

A special Beneteau Lagoon dock party was thrown on Saturday night where guests enjoy the full Gran Turismo range (GT40, GT46 and GT50), which was on display alongside four impressive Lagoon catamarans.

The Simpson Yacht Charter division also had a good response from the show, promoting their summer deals and recent partnership with The Landmark Oriental Mandarin Hotel in Hong Kong. Charter interest around Asia continues to grow and the team is being kept busy with more and more owners signing up for the Simpson Yacht Charter program and increasing numbers of charter bookings.

The 2019 Singapore Yacht Show was a major success for Simpson Marine. Currently celebrating its 35th anniversary, Simpson Marine is going from strength to strength and has built an enduring reputation as Asian’s leading yacht sales and service company.