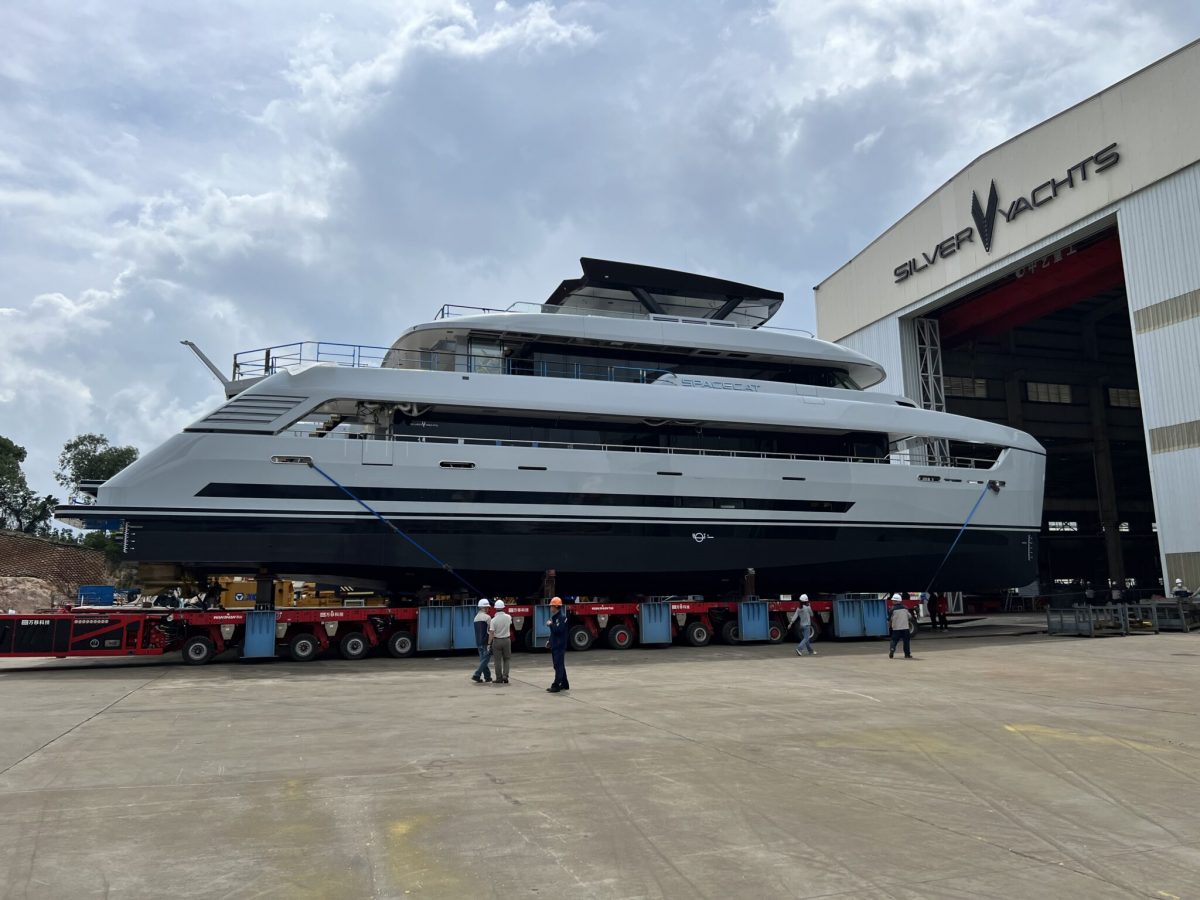 Australian boat builder Silver Yachts has launched the first hull in its Silvercat series of catamarans. The 36-metre Spacecat was finished at the builder’s facilities on the Pearl River Delta in Guangdong province in south China.

The luxury catamaran launched in June, but pictures of the launch have only just been released. Silver Yachts, a builder of custom, high-performance aluminium vessels, is working with Espen Øino as a ‘strategic partner’ on the exterior design and naval architecture of the Silvercat range. 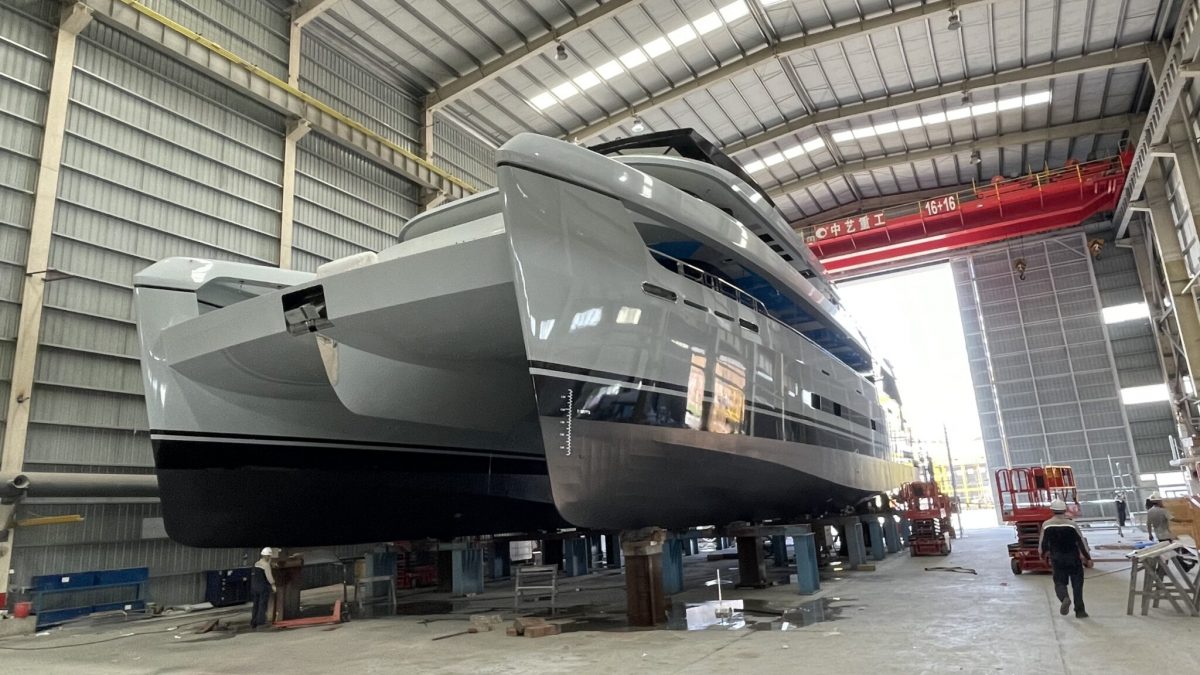 The success of the market-driven 36m — which was sold to an Asian client earlier this year — has prompted Silver Yachts to develop both a 22m and 24m Silvercat hull.

The Spacecat clocks in under the 500 GT mark and has accommodation for up to 10 guests and eight crew.

The yard says Spacecat is currently undergoing sea trials, and will be delivered in August 2022, with a world debut set for Thailand. The model has reportedly reached max speeds of 22 knots and a cruising speed of 15 knots, thanks to four Volvo Penta engines.