Austrian electric yacht pioneer Silent-Yachts has released its first video showcasing the design of the new 36m Silent 120 Explorer superyacht, which the company says an unlimited range on her photovoltaic cells and batteries. When built, it will be the largest all-electric yacht ever built.

The aluminium Silent 120 Explorer will have two 340kW electric motors and backed up by a bank of 800 kWh Lithium batteries. The solar panels are to deliver up to 40 kW at peak.

Silent-Yachts promises the 120 will have an “economic” speed of up to 8 knots, a cruising speed of 10 knots and on back-up power, a top speed of between 14 and 16 knots. 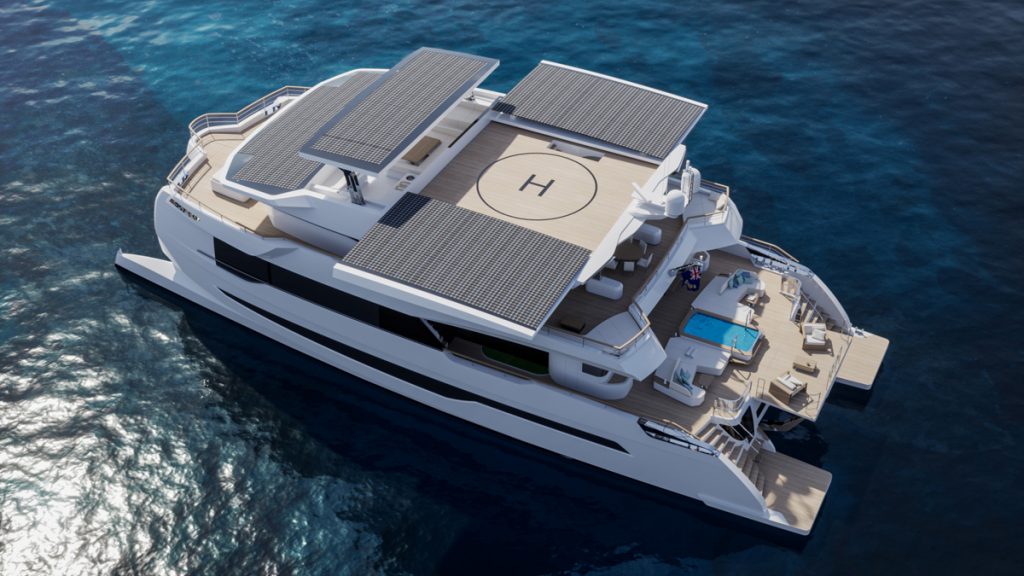 The design features some clever ways to install the maximum amount of PV solar cells. The sunroof, covered in PV cells, can be opened up to create a sun deck for guests, while keeping the cells in operation. The aft end of the sundeck/sunroof parts at the middle and extends out, while the midships area apparently lifts up on a hydraulic lift to create a hard top shelter.

The 120 benefits from her catamaran build with enormous living spaces onboard. There are 400sqm outside and 500 inside. Renderings appear to show the master cabin located in the bridge deck forward.

The first renderings of the 120 showed a basic catamaran hull design. The latest video and renderings show a wave-piercing bow shape has been added, extending the waterline length.

Silent-Yachts released an image of the first hull of the 120 under construction, with a target delivery date in early 2024.

In 2021, Silent-Yachts reported that a Silent 100 Explorer had been sold at the Cannes Yachting Festival. 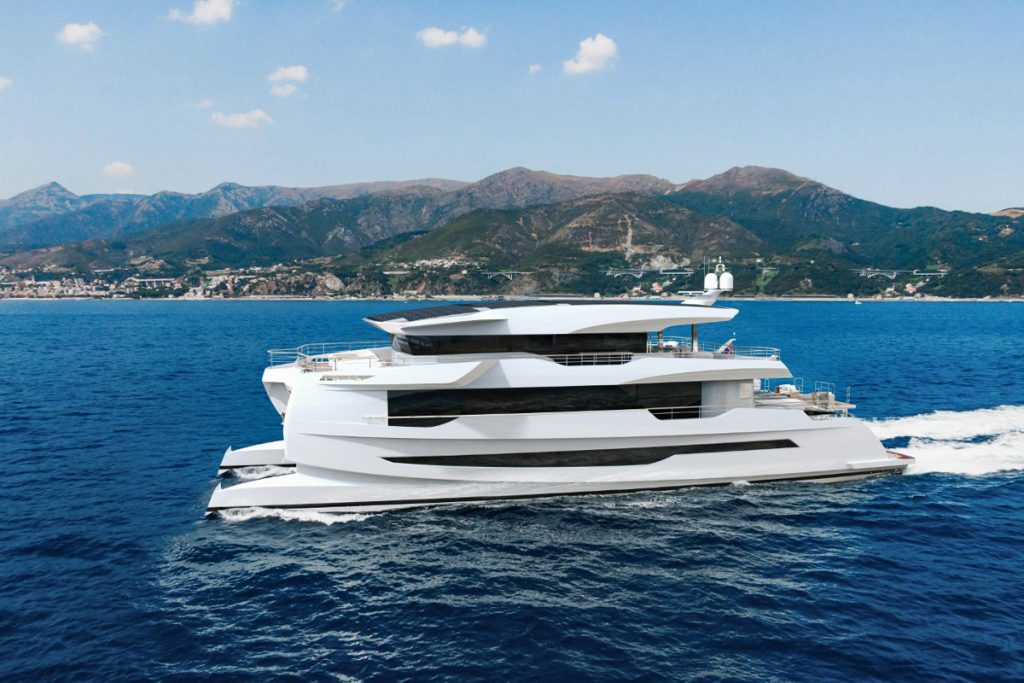 Silent-Yachts builds a range of all-electric, solar-powered catamarans, from 60 to 80 feet. The 120 Explorer will be the yard’s flagship when complete, and the largest yacht ever made capable of unlimited zero-emissions operation. Last year, the company launched an innovative Silent 60 that featured additional wind-assist power from a kite sail.