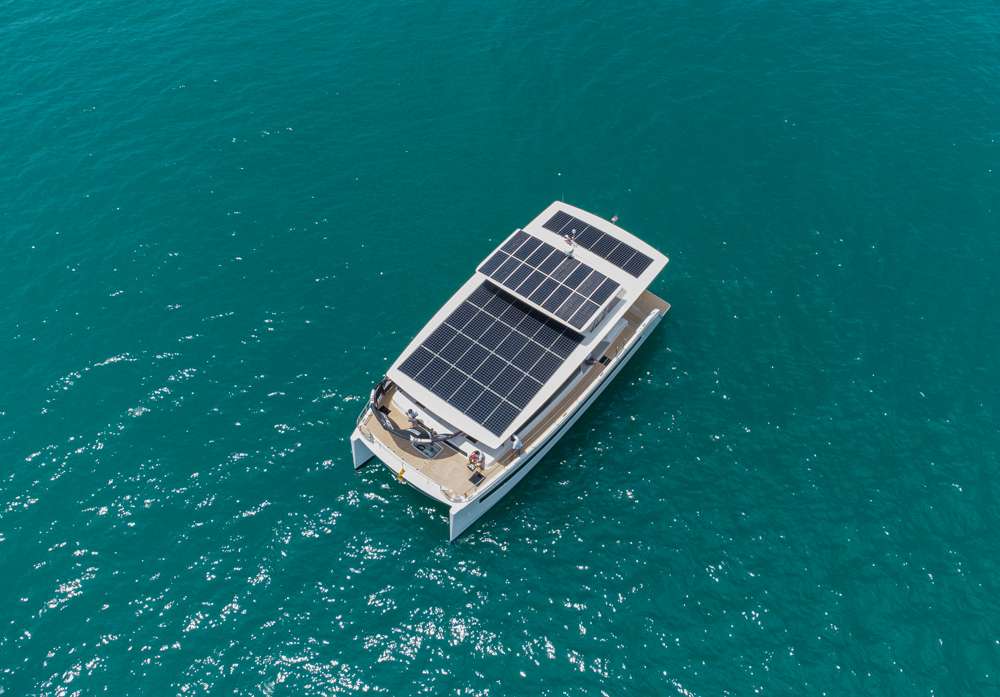 The Silent 60 solar electric catamaran from Austria-based Silent-Yachts is to make its world debut at Cannes Yachting Festival this September. The yard says it is also hoping to operate sea trials on the Côte d’Azur.

The first hull was recently launched at the Austrian builder’s facility in Thailand, and eight more are currently under construction.

The 18-metre, 30-tonne catamaran is built with a compact kite wing from Wingit, which is a special kite-sail system that generates up to ten times more power per square metre than conventional sails. The kite sail can add 4-5 knots to the boat’s speed, as well as reducing consumption of the e-motors, thereby increasing range. The system has the added advantage of not requiring a mast. Instead, the kite sail is contained in a 13sqm box, built into the bow area.

To launch the kite, a 2ft mast is set up, before the kite is pumped up with an electric pump. It is then thrown overboard into the water, and can be started by pulling ropes to raise it into the air, reaching over 120 metres in height. At this point, automatic steering will take over.

“The kite system sounds like the perfect match for windy days together with the electric propulsion system of Silent-Yachts,” said the German owner of the first Silent 60. “I am an enthusiast of new technologies which help, little by little, to overcome the ecological challenges we are facing today.”

The owner plans to use his Silent 60 for a few weeks per year and will make it available for charter. 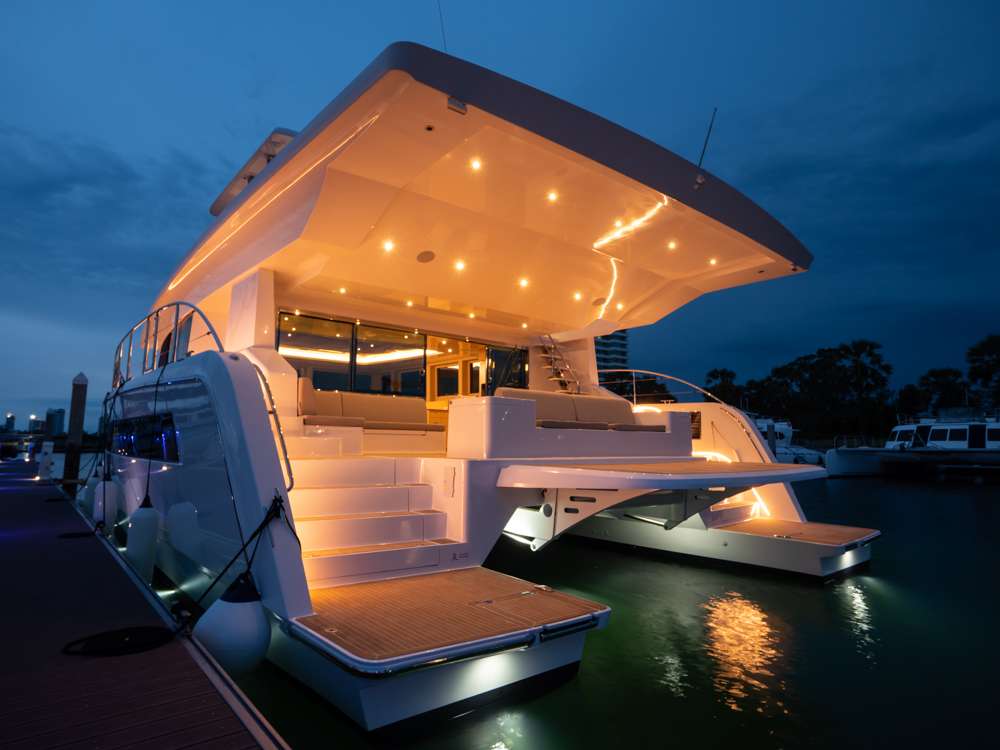 The boat can be handled by two people, and has space for additional water toys, SUPs, kayaks and e-bikes to be stored in the bridge deck.

The Silent 60 offers a choice of layouts. The first hull has four guest cabins on the lower deck, including a master suite. The yacht has an airy main saloon, an aft cockpit, a cosy bow seating and a flybridge. The yacht also offers more powerful solar panels than previous models (42 panels for 17 kWp, against 30 for 10.8 kWp on the Silent 55). 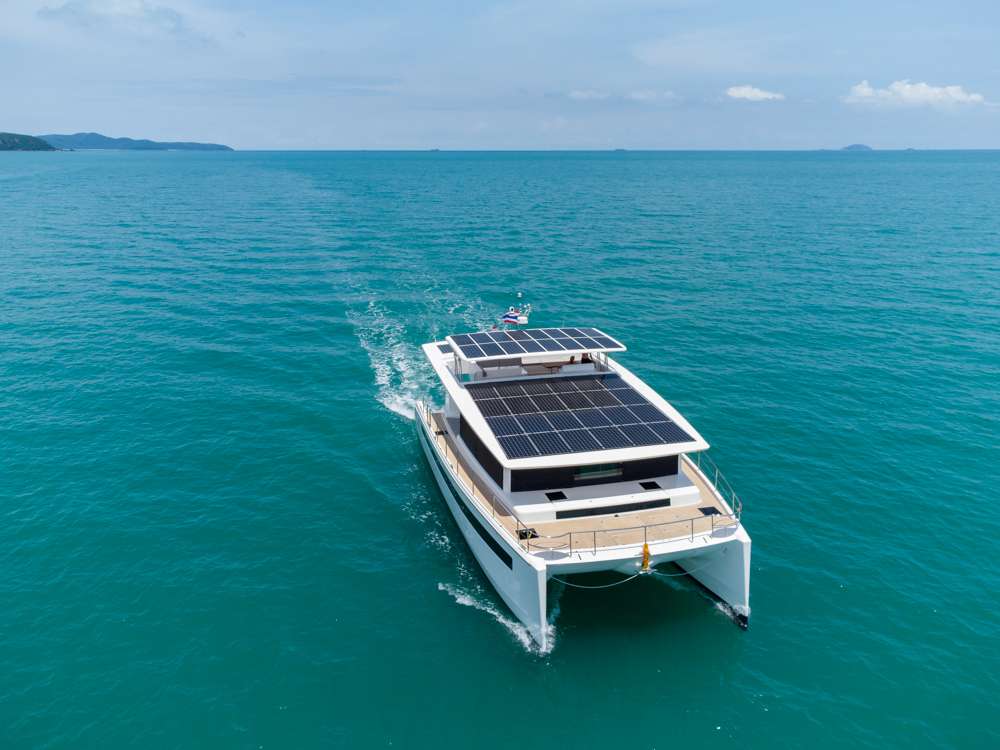 The new model has a draft of less than 1 metre, which allows it to reach shallower bays that are common in Southeast Asia. The Silent 60 has two swimming platforms in the aft which can optionally be extended by 90 cm to carry a pair of electric jet skis. A liftable hydraulic platform can also be enlarged to carry a larger tender.

Designed as an ocean-going cruising yacht, the Silent 60 can cruise for up to 100 miles a day for weeks. Its onboard systems can be powered without any fuel. The yacht’s cruising speed is 6-8 knots, and can reach a maximum 20 knots.