The souped-up cruise ship hits the water in 2026

Luxury train operator Orient Express has unveiled details of its plans for the world’s largest sailing ship, Orient Express Silenseas, which will set sail in 2026.

This project is the result of a French partnership between hospitality firm Accor and shipbuilder Chantiers de l’Atlantique.

“With Orient Express Silenseas, we are beginning a new chapter in our history, taking the experience and excellence of luxury travel and transposing it onto the world’s most beautiful seas,” says Sébastien Bazin, Chairman and CEO of Accor.

“This exceptional sailing yacht, with roots in Orient Express’ history, will offer unparalleled service and refined design spaces, reminiscent of the golden age of mythical cruises. Innovation is at the heart of this ultra-modern ship that will revolutionise the maritime world with new technology to meet today’s sustainability challenges. It is a boat designed to make dreams a reality, a showcase for the best of French savoir-faire.”

Laurent Castaing, managing director at Chantiers de l’Atlantique, adds: “With a signed letter of intent to order two ships, Chantiers de l’Atlantique is proud to herald a new era in the shipbuilding industry with Silenseas. This concept, born in our design offices in 2018, is the quintessence of our savoir-faire in the fields of naval architecture, the construction of sophisticated hulls, as well as the design of luxurious spaces.

“In addition, the installation of three SolidSail rigs, a revolutionary 1,500-square-metre unit wind propulsion system, for which we have developed and tested a first prototype, will contribute significantly to the propulsion of the ship. Combined with a hybrid propulsion system running on liquefied natural gas (LNG), Silenseas will thus become the ship of reference in terms of environmentally-friendly operation and design. “ 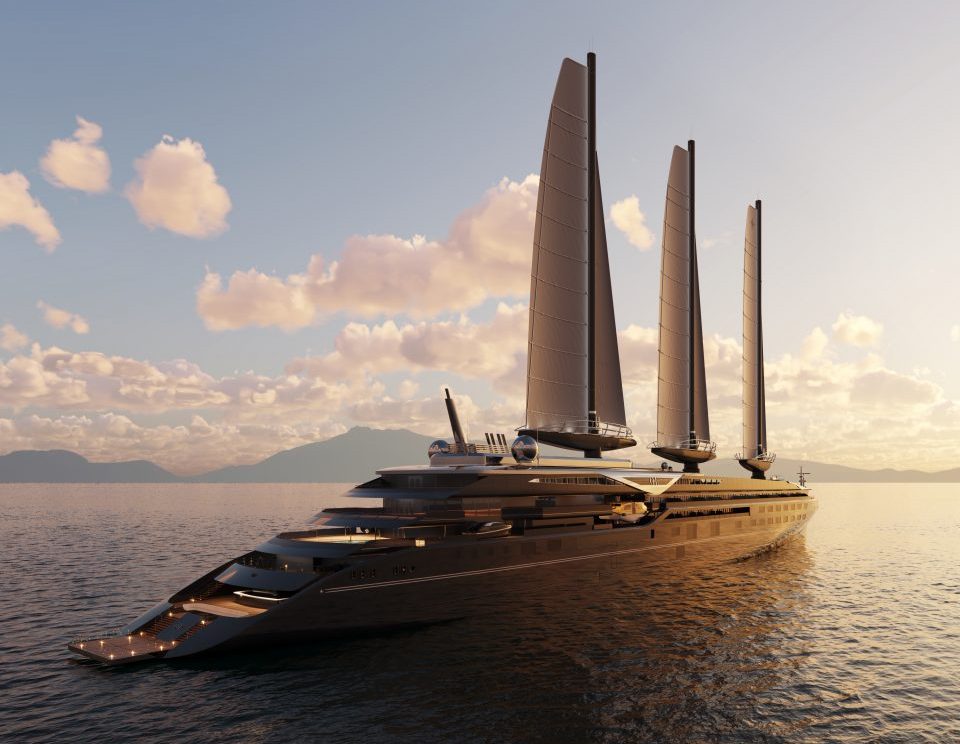 Orient Express Silenseas will sail with a revolutionary technological design known as ‘SolidSail’: three rigid sails with a surface area of 1,500 metres each will be hoisted on a balestron rig, with three tilting masts reaching more than 100 metres high, able to ensure up to 100 per cent of the propulsion in suitable weather conditions.

This hybrid propulsion formula will combine wind power with a state-of-the-art engine running on liquefied natural gas (LNG) and plans to use green hydrogen once the technology is approved for ocean passenger ships, launching a new, more environmentally friendly vision of sea travel.

Hetland Maritime has also assisted Accor in creating the project and in the ongoing discussions with Chantiers de l’Atlantique. The entire project will be financed up to 70-80 per cent by commercial banks, with the remainder provided by a consortium of equity partners in which Accor will have a minority stake.