The populations of cartilaginous fishes are "falling off a cliff", while illegal fishing remains rampant

In two, back-to-back seizures in late April and early May, Hong Kong authorities found two containers with seven million pounds of shark fins, most of which have been traced to the oceans off South America. The seizures came despite the widespread prevalence of anti-shark fin soup promotion. The government of Hong Kong banned serving of shark fin soup, a common use of shark fins, at official banquets, in 2013. 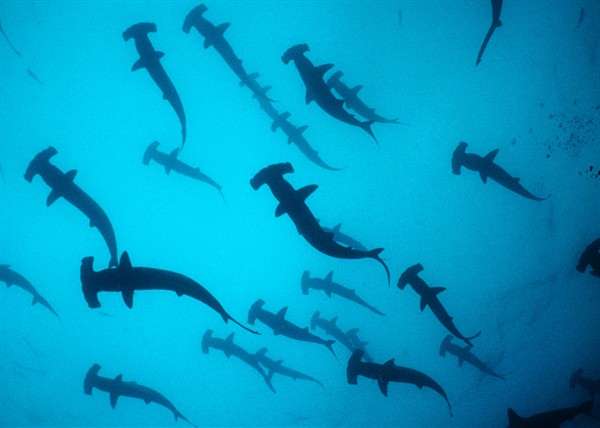 Yet, tens of millions of sharks are caught each year without any limits, according to Hong Kong-based Dr Andy Cornish, leader of WWF’s international shark and ray conservation programme. He says that sharks are being killed faster than they can reproduce, leading to continued population declines.

Researchers from Florida International University found that the shark fins seized in Hong Kong had originated from waters near Ecuador, and they had probably transited US ports on their way to Asia markets, highlighting the global nature of the illegal trade in wildlife.

Larger species of rays, including manta rays, are sought after for fins or gill plates that are used in health tonics in southern China, according to Cornish. He adds that manta rays only give birth to one pup per year, making them very vulnerable to such threats.

Shark populations are “falling off a cliff”, according to Cornish. He notes that the conservation status of all 1,250 known species of sharks and rays is under review for end of 2020, and that the number of critically endangered species jumped from 25 in 2015 to 42 in 2019, with the most iconic species in the worst trouble.

Southeast Asia is a key part of the conservation effort for marine animals. Though much work remains to be done, Cornish cites the success of the Tubbataha marine park system in the Philippines and the Raja Ampat in Indonesia for bringing shark and ray populations back from extinction.