Sanlorenzo will take part in the 50th edition of Boot Düsseldorf (January 19-27).

This year, the company will be presented in a brand new booth by Italian art director Piero Lissoni, which is inspired on the one hand by the industrial style of the 1960s, and on the other hand marrying the unmistakable style of the designer and of Sanlorenzo in the name of simplicity and lightness. 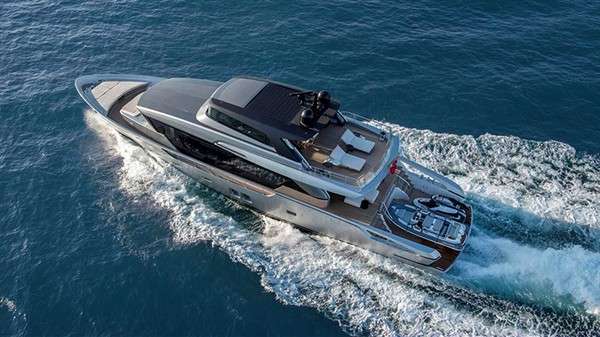 The crossover SX88 yacht was selected to represent Sanlorenzo’s style. The SX88 is a highly innovative, with original, clever and practical features. Sanlorenzo has already sold around 20 units of this model.

A union between classic flying bridge motoryachts and the explorer type yacht, the SX88 contains various “firsts” by Sanlorenzo:

– The availability of large open spaces and large windows

– The integration between aesthetics and functionality

– The wheelhouse located on the upper deck, the flying bridge

– The wheelhouse only on the fly, freeing the living room area at the bow on the main deck

– The swimming platform at the stern, four steps lower compared to the main deck, houses the tender, a jet-ski and other toys, that becomes an extraordinarily-sized beach club of over 30 sqm 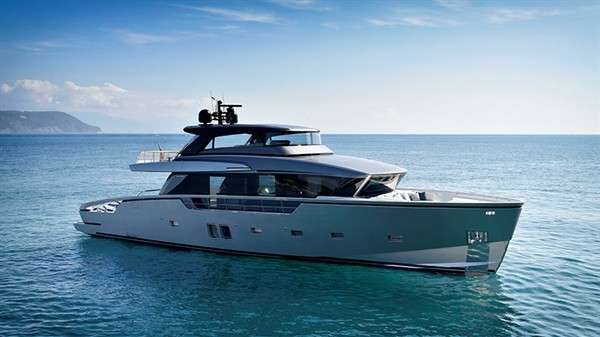 The concept of this motor yacht was born in the design offices of Sanlorenzo under the guidance of architect Luca Santella, whose efforts were added to by the contributions of the Officina Italiana Design of Mauro Micheli and Sergio Beretta. Lou Codega, the internationally famous American designer of fast-fishing and ocean-going boats, designed the hull.