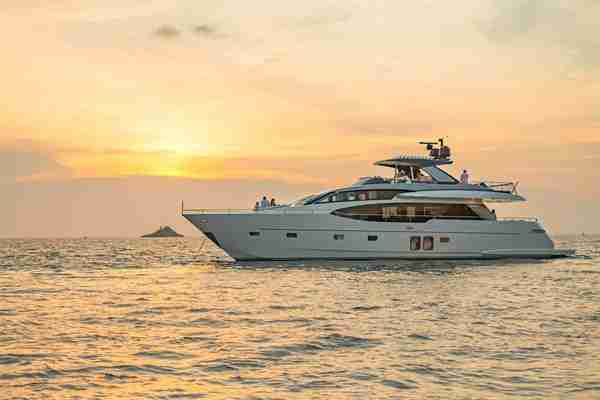 Sanlorenzo celebrated the Thai debut of its award-winning entry-level fibreglass yacht from the fast-planing Sanlorenzo SL range – the Sanlorenzo SL78.

At a launch party held by Simpson Marine at the Trisara resort in Phuket on March 6, guests enjoyed private onboard inspections followed by sundowners and live music from the yacht and beach club.

This Sanlorenzo SL78 is currently for sale and will remain in Phuket for private inspections until April, before setting off on a tour of Southeast Asian countries. 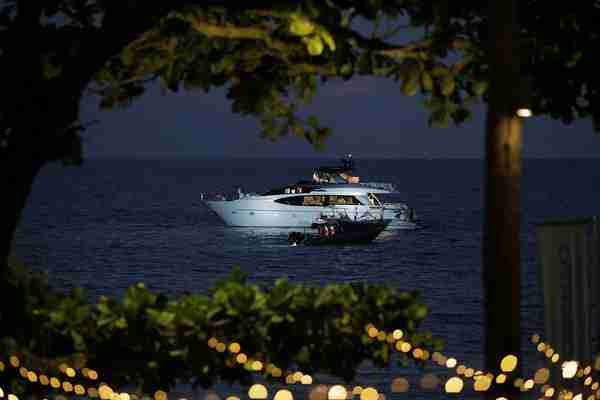 The Sanlorenzo SL78 picked up the ‘Best Exterior Award in the 80-120 feet category’ at the 2016 World Yacht Trophies. Features including large, lateral windows in the saloon and a ‘floating’ interior staircase leading up to the flybridge create a roomy feel. A louvre system fitted to the flybridge hardtop offers an intuitive way to control light and shade. 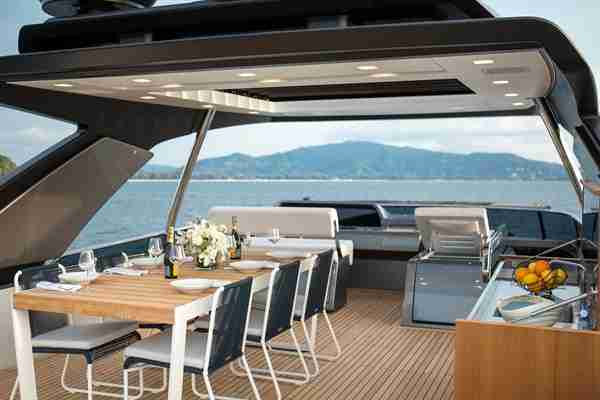 The yacht offers cruising speeds of 24 knots and a top speed of 29 knots, while the tender garage can house a 3.85-metre Williams jet tender.

“The success of the Sanlorenzo SL78 Thailand Premiere is a great boost to start her Southeast Asia tour and is a testimony to Sanlorenzo’s growing strength in the Asian market,” says Nick Stratton, Sanlorenzo Asia Sales Manager. 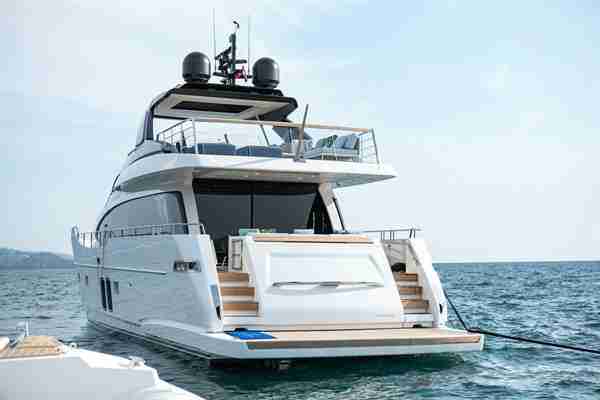 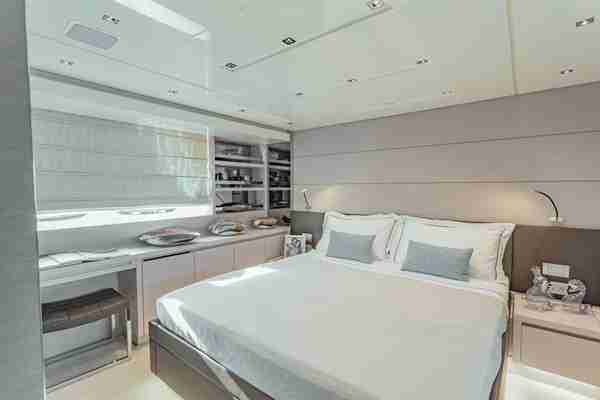 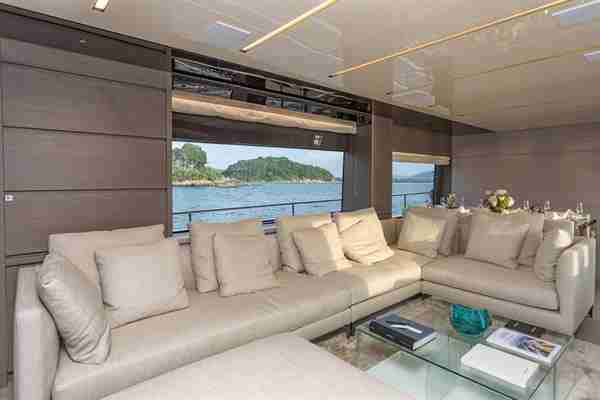