On March 28-31, Sanlorenzo will be taking part in the Palm Beach International Boat Show to present the SL102Asymmetric, the world’s first asymmetrical motoryacht, and the latest fleet innovations.

With the aim of obtaining greater usability of interior spaces and better access to the exterior, the SL102Asymmetric reinterprets the well-established layout of a yacht, only keeping the deck on the starboard side and eliminating the port side one, which is carried on the roof of the structure, allowing for an asymmetrical configuration, never before attempted, to add an extra 10 square metres to the interior. 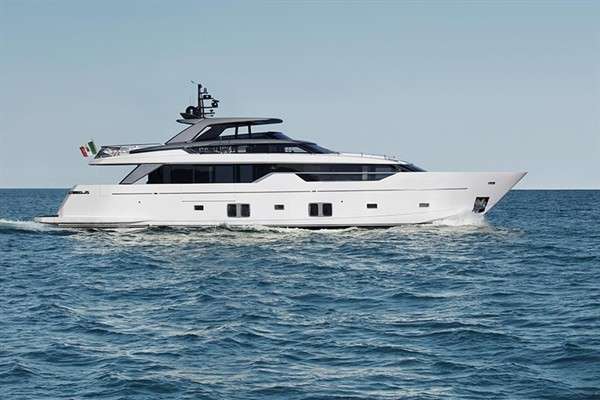 Unmistakably a Sanlorenzo, all the styles and characteristics of a house family feeling are present and harmoniously applied to the new SL102Asymmetric.

The starboard side has a deck that leads seamlessly from the aft cockpit to the bow living area, along which the bulwark at the living room level opens to form a terrace. The port side, on the other hand, looks like a wide body hull, thus a yacht much larger than the SL102Asymmetric’s 31.10 metres. 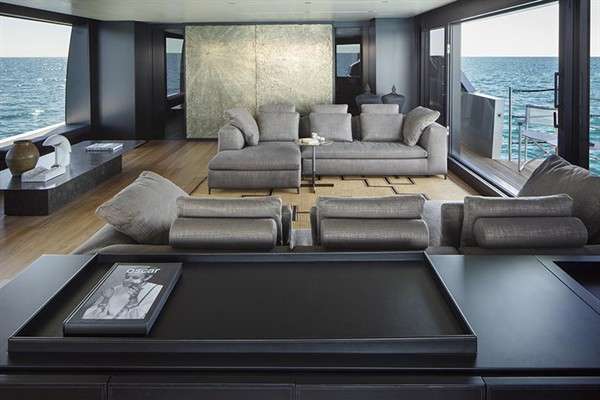 The side is in fact continuous from the waterline to the flying bridge, because the deck, constructed on the roof of the superstructure, flanks the flybridge at the same level, to then descend into the living room by a staircase of six steps. Also on the port side, at the level of the dining area, part of the side wall can be lowered with external hinges and electric movement, expanding the panoramic views of the outside.

The asymmetry has in fact allowed for placing a large dining room with full-height window that overlooks the sea on one side, while on the other, to starboard, a living room that opens on a balcony. This modern villa on the sea is a creative idea compared to a traditional layout, allowing for more space, brightness, relaxation and flexibility of use. 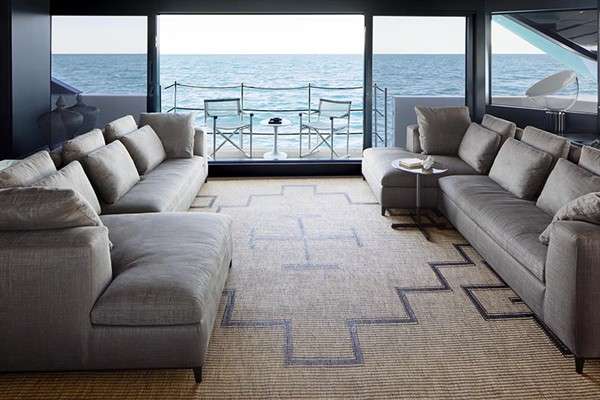 This idea came from multiple sources: ​​Chris Bangle (originator of the idea, car designer, and recent collaborator with the shipyard), Sanlorenzo technicians and interior designers and Bernardo Zuccon of Zuccon International Project.

The SL102Asymmetric disguises its asymmetry with the skillful design of the walls, which bear the same lines on both sides, and in the skilled masking of the upper port side deck protected by a handrail that is also on the starboard side, containing the sunbathing area on the roof of the superstructure at the bow of the covered wheelhouse, a design commonly defined by Americans as a “raised pilothouse”. 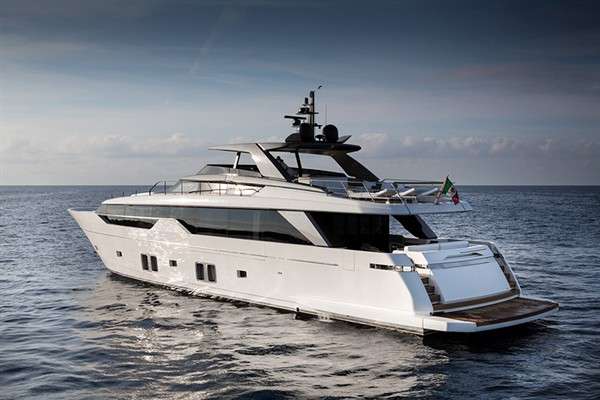 The two passage areas to the bow, located on the upper port side and on the lower starboard, were given visual symmetry with the use of light-to-dark colours of the windows of the bow and the roof of the superstructure.