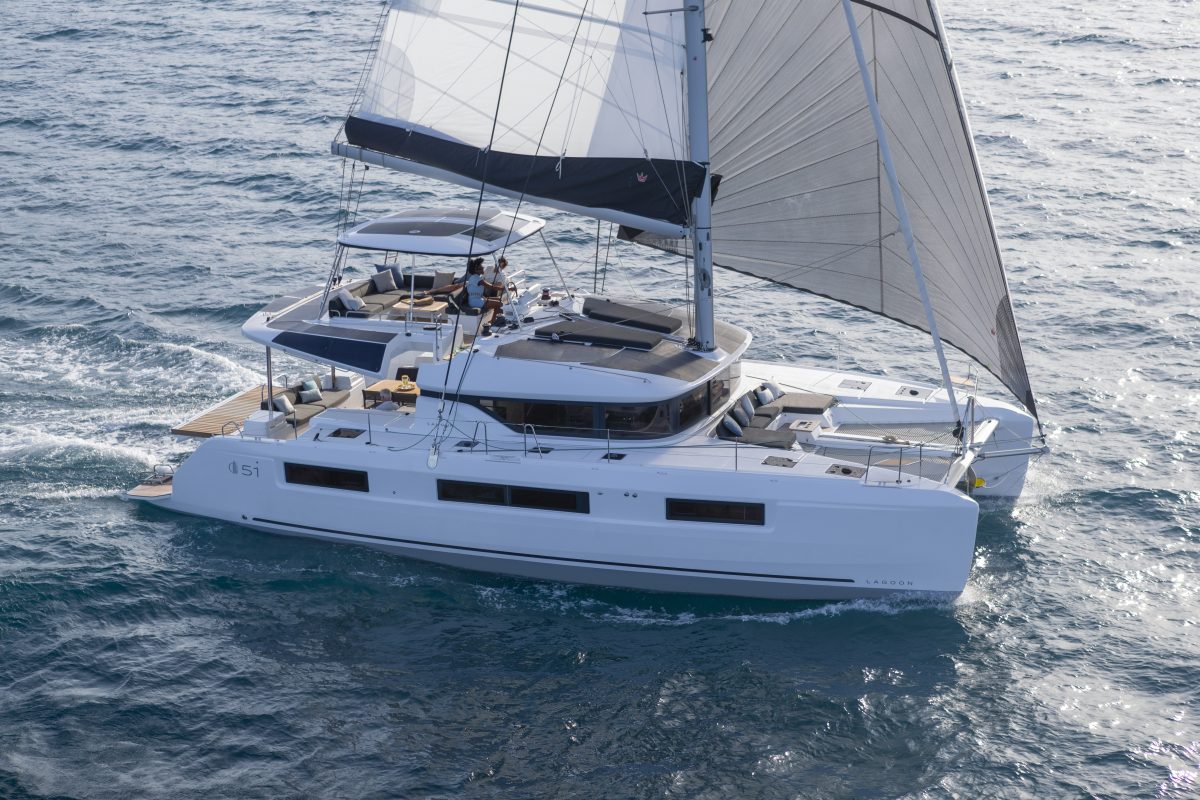 As anticipation builds in the lead-up to the Cannes Yachting Festival next month, leading motor and sail brands Sanlorenzo, Prestige Motor Yachts and Beneteau Sail have confirmed they are making multiple world debuts at the event.

In total, there will be around 640 boats on display at Cannes between September 6-11, at the first major international event of the season. 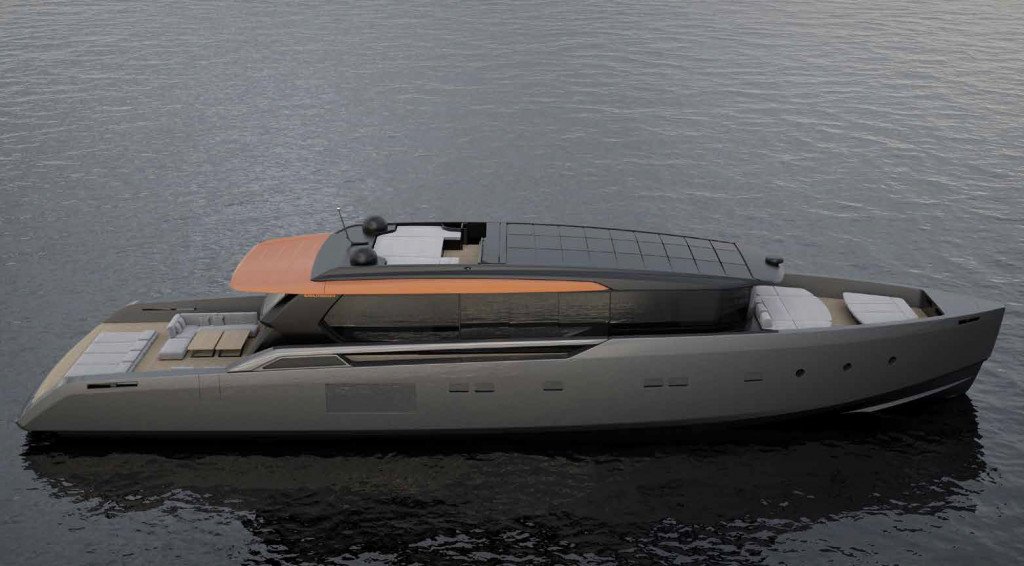 From the Italian Sanlorenzo shipyard, represented in APAC by Simpson Marine, the SP110 and SD90 are both making their world debut at Cannes.

The first yacht in Sanlorenzo’s SP ‘Smart Performance’ range, the 33-metre SP110 is said to represent an ‘advanced technological platform’ that combines innovation and sustainability with a design that ‘favours personalisation and maximum comfort.’

Designed by Marco Arnaboldi, the hull of the SP110 is optimised for use with hydrojet propulsion, providing a more versatile system which is less sensitive to variations in the boat’s weight. 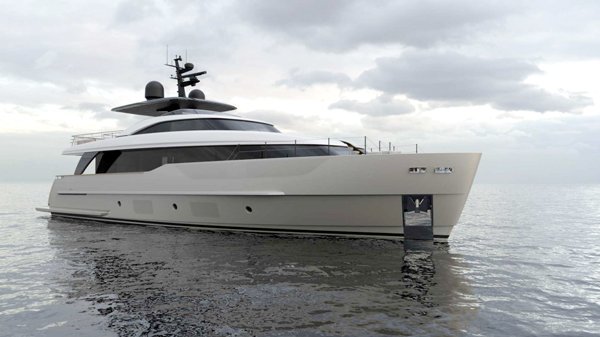 The third model in Sanlorenzo’s semi-displacement SD fleet, the 24m SD90 is designed with the alfresco lifestyle in mind. The saloon has a large window which can remain open creating a continuous connection with the cockpit, which is augmented by the continuity of the natural flooring between the two areas, while the sizeable bow provides a generous open space.

With sustainability in mind, the interior by Patricia Urquiloa features many eco-focused elements including panelling made from recycled paper on the lower deck and every appliance on board having been carefully chosen for the highest quality and lowest consumption, including specialised materials for reducing electric load.

An optimised hull design, coupled with hybrid propulsion, enables the SD90 to reach top speeds of 17 knots with a fuel capacity of 13,000 litres. 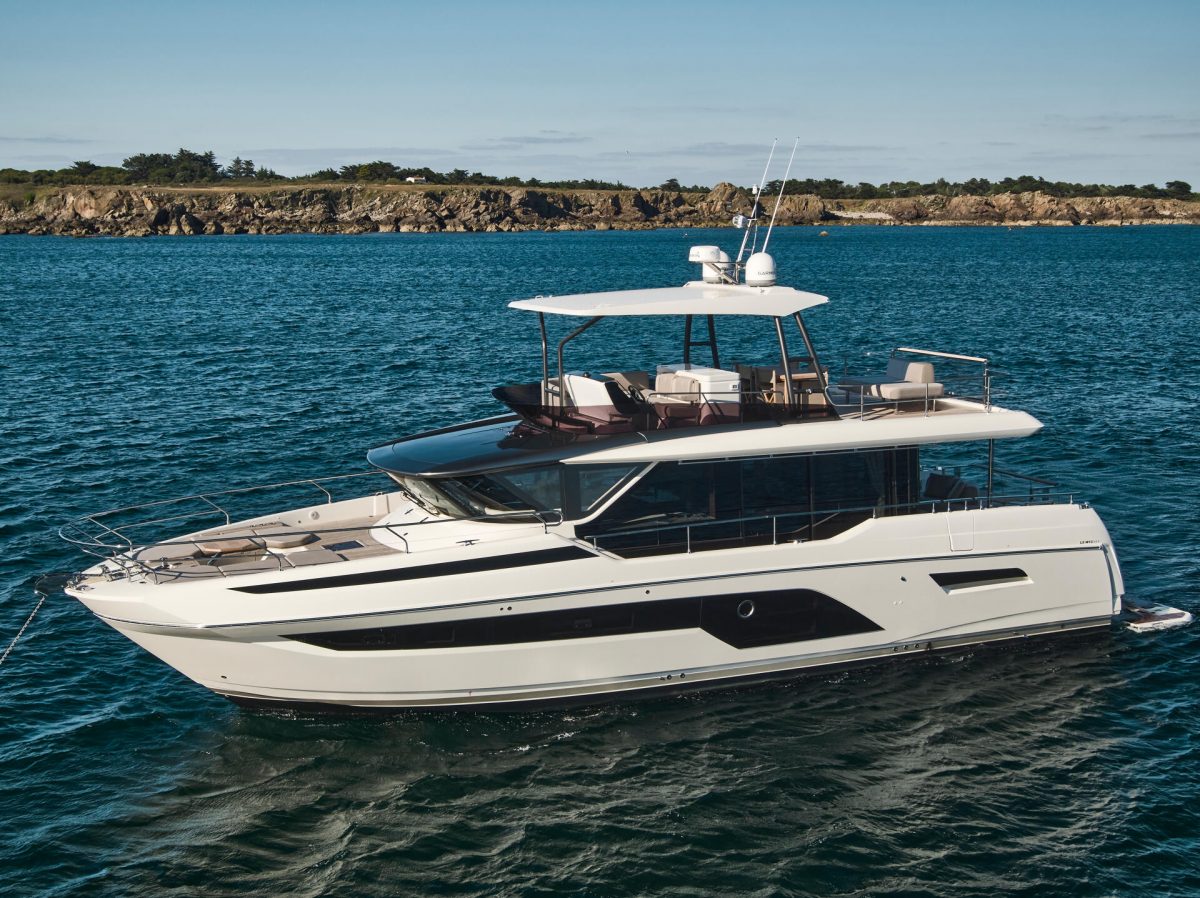 Prestige Motor Yachts also has duo world debuts, presenting the Prestige X60 and M48 to the public for the first time at the show.

The core concepts that have guided the design process of the new Prestige X60 are voluminous living spaces, natural light and easy flow of movement onboard.

The result is a yacht that offers an exceptional level of comfort, with multiple areas for relaxation and an entirely open ‘infinity cockpit’ that affords incredible views of the ocean and creates easy access through a large electric sliding door to the saloon. 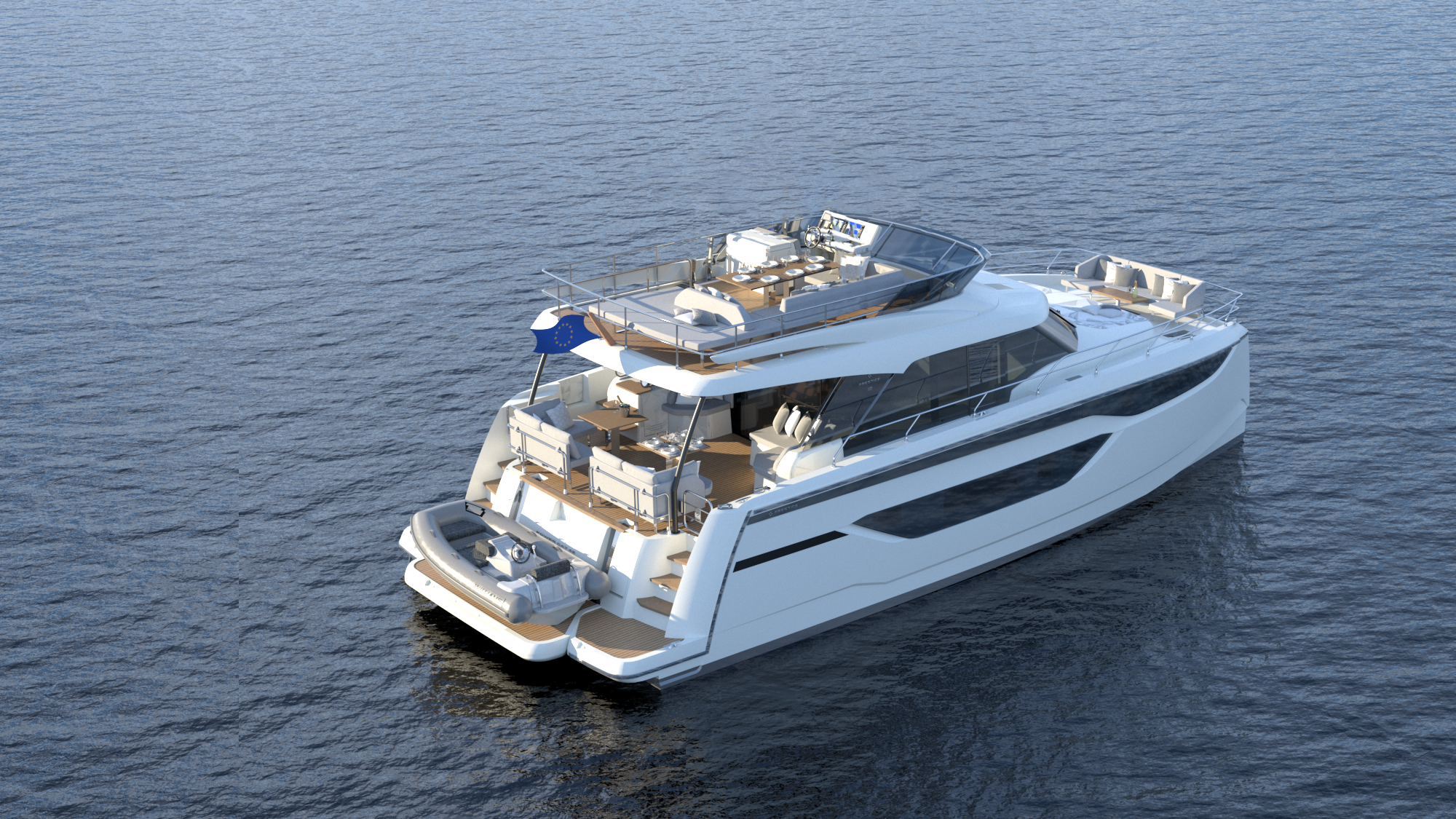 The Prestige M48 is the first power catamaran from Prestige Yachts. Taller than other power cats on the market, the M48 has a deep bridge deck linking the two hulls, promoting a similar look and feel as a monohull below deck, creating generous, brightly lit refined living spaces and full beam cabins, affording the ultimate in comfort.

Twin 320hp Volvo Penta D4s give the Prestige M48 a maximum speed of 20 knots with the reduced wet surface area of this multihull design making it 20 per cent more efficient than a similar-sized monohull, giving a range of 250nm at 18 knots or 600nm at 8 knots from the 1,200-litre tank. 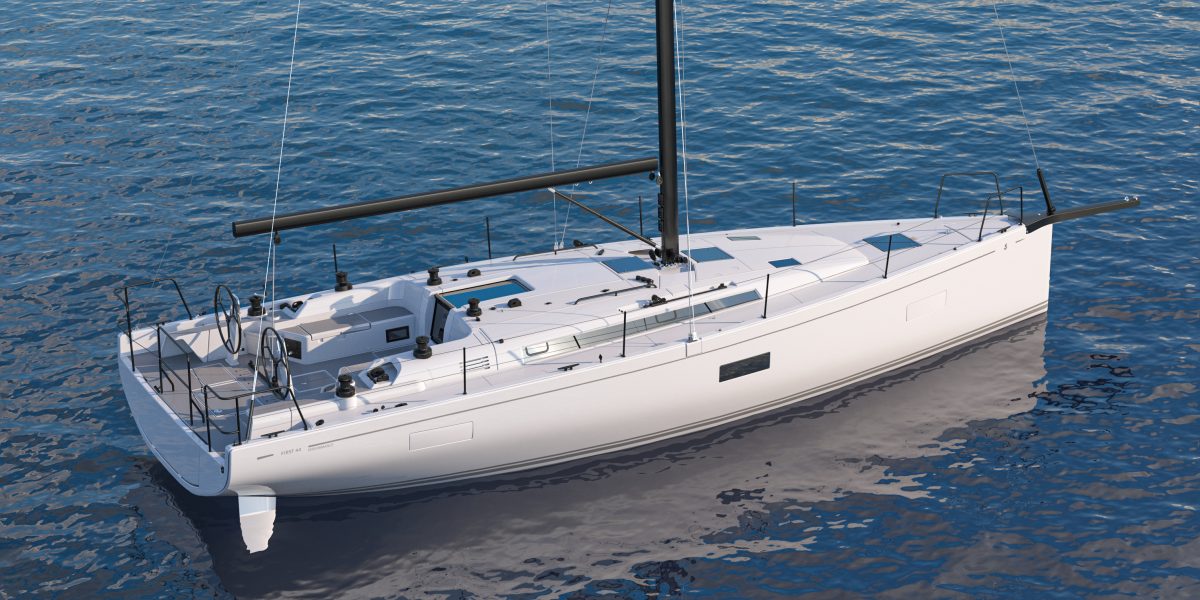 The well-known French manufacturer is launching two new models onto the world stage during the Cannes Yachting Festival: the Beneteau Oceanis Yacht 60 and Beneteau First 44.

Designed by Roberto Biscontini and Lorenzo Argent, the new Oceanis Yacht 60 is an 18-metre ocean-cruising yacht with a cockpit layout providing a sense of security, with the two helm stations optimised so the yacht can be sailed without leaving the helm.

There is a generous dinghy garage with space for a 2.8-metre jet-propelled tender, which is effortlessly launched via an electric winch with a double wire system and guiding roller.

Below deck, a beam-width galley features all the modern conveniences, substantial storage space and an innovative worktop layout as well as a large saloon with a six-person dining table. Available in a three-cabin version with three heads, the luxurious owner’s cabin offers privacy and stunning sea views. 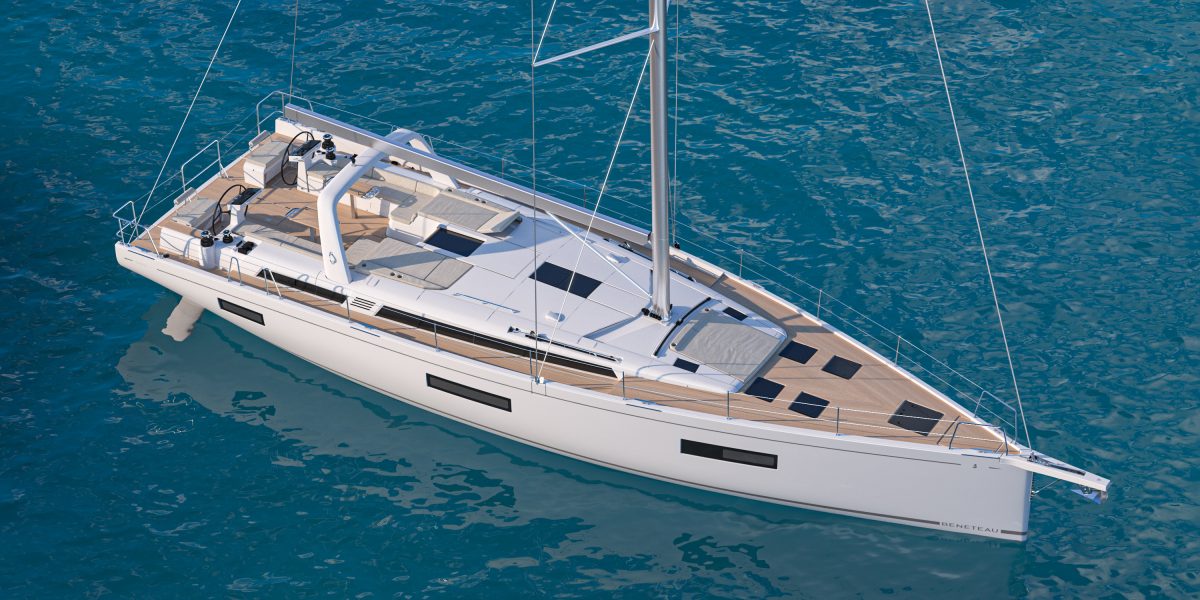 A true ‘cruiser/race’, the new First 44 has been designed with two deck plans and options for keels and masts to satisfy the differing expectations of owners: the First 44 and First 44 Performance.

The First 44 offers a streamlined, modern and luminous interior layout, with a blend of white lacquered surfaces, moulded wood, carefully positioned indirect lighting and a wide range of upholstery.

Three cabins and two heads accommodate the crew, including an owner’s cabin, and in the saloon there’s a sofa, navigation station and a transverse table seating up to six people.

In addition, Lagoon Catamaran’s Lagoon 51 and Bluegame’s BG54 will be making their show debuts at this year’s festival.

Launched earlier this year, the Lagoon 51 is making its show debut at Cannes.

With an optimised flybridge, the Lagoon 51 catamaran has separate sunbathing and dining areas, oversize stern platforms and, optionally, over 3000 Watts of integrated solar panels for maximum autonomy. 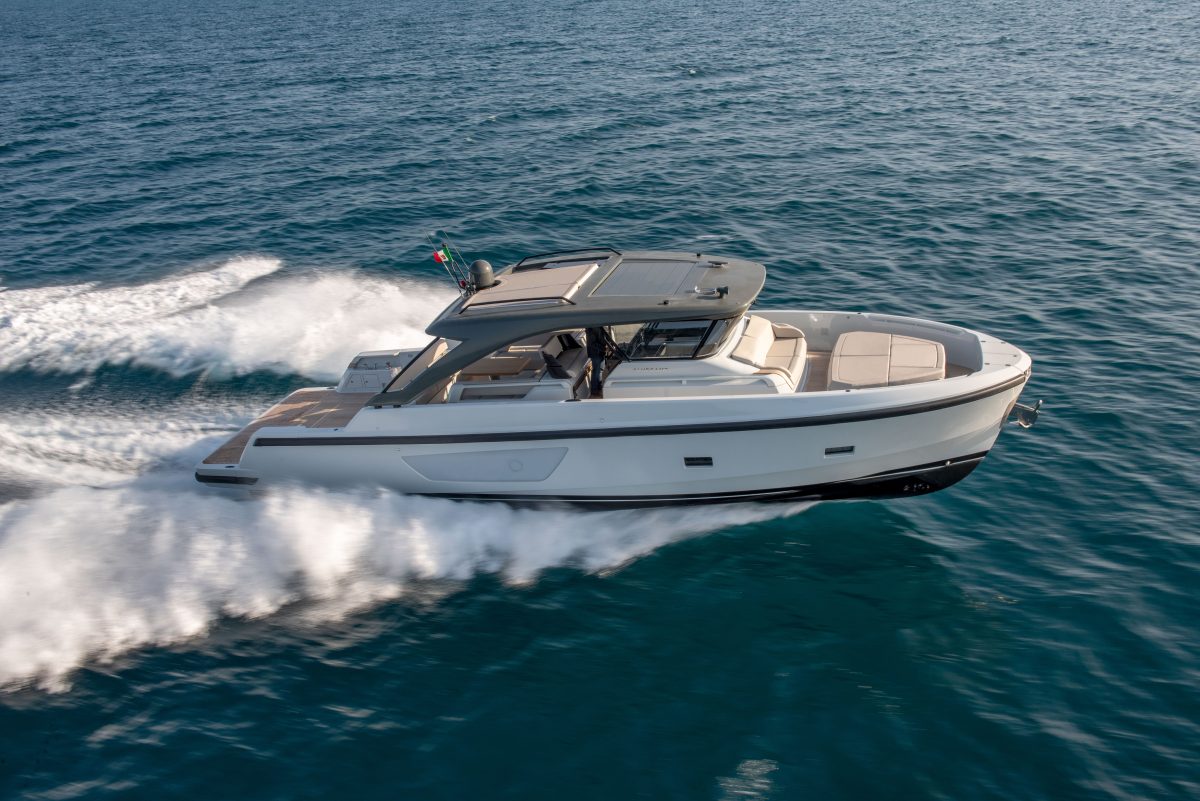 Having made its world debut in May, the Bluegame 54 is also making its show debut at Cannes this September.

The latest model in Bluegame’s BG range, the BG54’s outside-the-box design is refined while keeping the style of all Bluegame yachts, known for their safe seaworthiness in any weather.

The cockpit offers 360-degree views, the hardtop is equipped with a private sun lounger and the wheelhouse, with its reverse windshield, remains unsurpassed for maximum visibility.

Volvo IPS propulsion engines open up the volume of the lower deck, giving the option of three cabins or two, one of which is a full-beam master; a unique addition for boats of this range.

Also on show will be: