Sanlorenzo, one of the world’s largest superyacht builders, announced the sale of the ninth yacht in its Explorer Line by its Asia division, represented by Simpson Marine of Hong Kong. The new 47-metre 500Exp yacht is to be delivered in 2022. 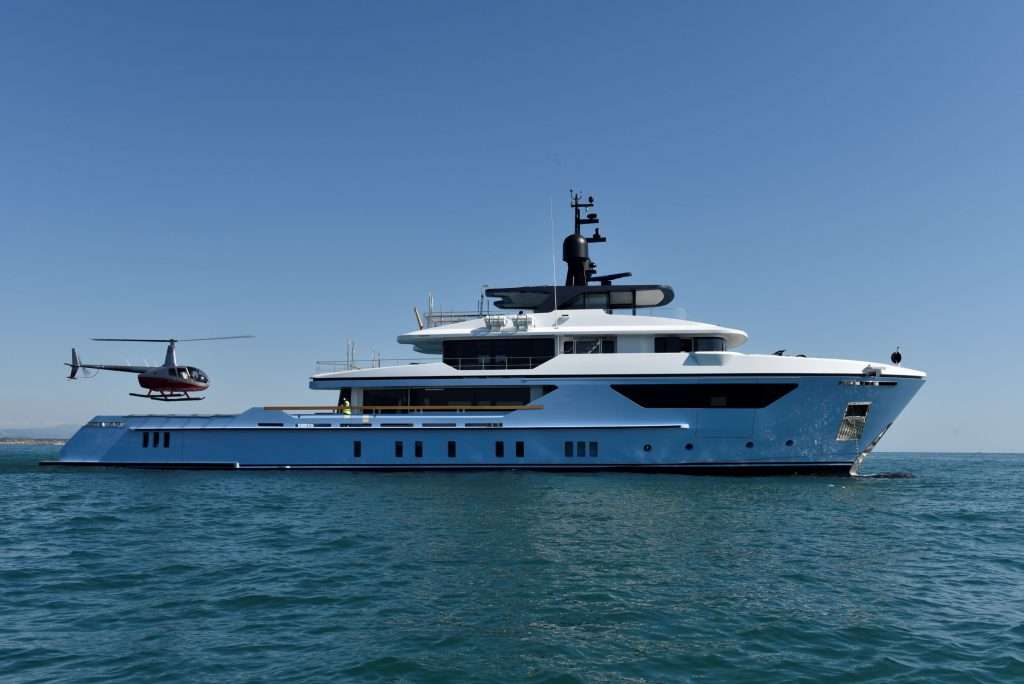 The 500Exp has an open area for tenders at the stern, allowing for the storage of tenders and even a sailing yacht of up to nine metres, or a seaplane or submersible. The lower deck houses a beach club with a bar which, thanks to the opening and folding hatch, becomes another terrace overlooking the sea, that can be transformed into a garage to accommodate tenders up to seven metres.

Simpson Marine sold the first Sanlorenzo 500Exp, with a gross tonnage of 499, to a mainland Chinese client who has since toured the world, including Alaska. The client is reportedly planning an expedition to Antarctica in the coming season. The other model in the Sanlorenzo Explorer line is the 460Exp, which is 43 metres in length. The 500Exp was developed from the 460Exp to house a helicopter due to client request.

Massimo Perotti, chairman and CEO of Sanlorenzo, told Asia-Pacific Boating that his yard was now planning an expedition yacht that would be over 500GT.

Perotti said that Sanlorenzo began to explore the possibilities in expedition yachts after the 2008 Global Financial Crisis, when clients began to feel the need to go beyond ordinary experiences in their yachts.

“We are at the beginning of an important change in the world in which the concept of sustainability will be increasingly present. Millennials, who will be our customers in about ten years, are very attentive to this issue.

We believe that in the next 10 years there will be great attention to lower consumption, a smarter way to go to sea and the possibility of recycling the materials used as much as possible, and we are already working very hard in this direction,” Perotti said.

The new expedition yacht joins a series of other steel yachts under construction with Sanlorenzo Superyachts, which has celebrated its top tier status as a superyacht builder in the latest orderbook rankings.