The Italian builder's largest yacht produced so far, it will be present at the Monaco Yacht Show (Sept 25-28)

Sanlorenzo attends the Monaco Yacht Show (September 25-28) with two models, including the new 64Steel Attila, its largest, most prestigious and imposing flagship. 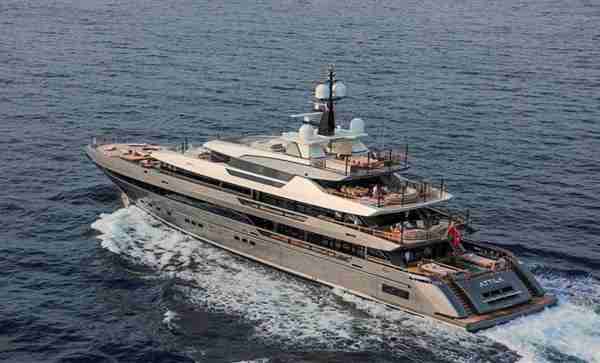 At 1,600 gross tons, 64 metres in length, with five decks and an internal maximum width of 12.5 metres, the 64Steel Attila is the largest yacht that Sanlorenzo has produced so far.

An innovative proposal thanks to a layout and structures usually present on larger yachts that have allowed Sanlorenzo to introduce innovative solutions designed to maximise onboard livability, with elegant exterior lines.

The main deck at the stern and the beach club on the lower deck surely represent the most distinctive areas of the project. A strong hallmark of design and layout is the double stairway that connects the pool and dining area to the beach club equipped with a sauna, hammam, massage room and gym, right at the waterline. With the bow mirror and the side platforms open, the beach club covers an area of 78sqm. 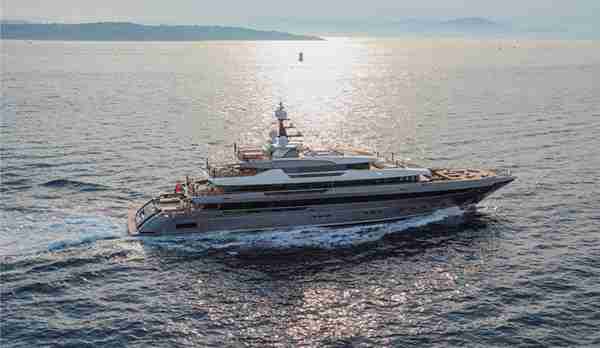 The indisputable flagship of Sanlorenzo’s “Steel” superyachts line with a fast displacement hull, the 64Steel offers various stylistic features that distinguish the prototype/design from other boats of the same size:

– the ability to reserve an entire deck to the ship owner, the owner deck, which includes the bedroom facing the bow, which has a large whirlpool bath on – the outside
– the ability to load two big tenders of over 10 metres in length which can also be limousine tenders, thanks to the garage’s height, as found in yachts over 80 metres long
– the maximum internal beam is 12.5 metres large, also typical of a yacht over 70 metres long
– the touch-and-go helipad at the bow which can be turned into an extraordinary solarium when not in use
– the 64Steel platform was designed to be extended from 64 to 70 metres to satisfy varying requests

Sanlorenzo channels the best of its experience, craftsmanship and innovation into the creation of superyachts, a category that the marque feels offers yachtsmen the most authentic sense of seagoing adventure, with large and variegated on-board spaces and technologies of the latest generation for outstanding range and independence.  Sanlorenzo’s division for superyachts, metal boats from 40 to 68 metres in length, launched in 2007 and is headquartered in La Spezia, Italy. It recently acquired an immense production site of over 50,000 square metres, entirely set aside for the design and construction of “over-sized” models. www.sanlorenzoyacht.com